Bible Prophecy Fulfilled: The Coming of the Messiah‏ 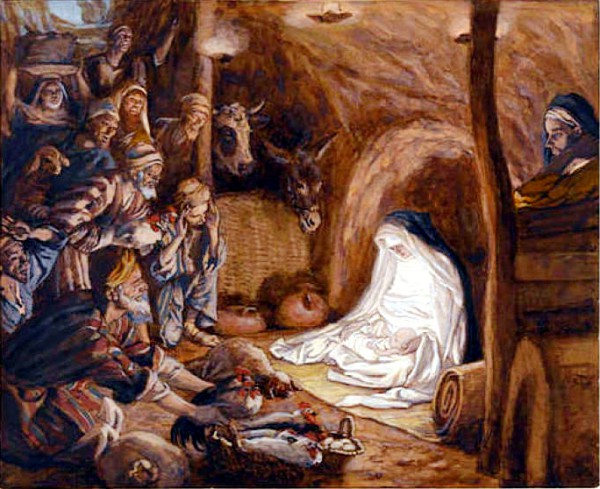 The Adoration of the Shepherds, by James Tissot

“For to us a child is born, to us a son is given, and the government will be on His shoulders.  And He will be called Wonderful Counselor, Mighty God, Everlasting Father, Prince of Peace.”  (Isaiah 9:6)

As December moves forward, many Christians will be thinking about the miracle of the coming of the Messiah.

On the other hand, Messianic Believers understand that Yeshua (Jesus) was not born in December.  And the holiday that falls on December 25th is not one of the appointed days of the Lord (moadim).

Nevertheless, this is the time of year when many are confronted in a variety of ways with the Good News of the coming of the Savior of Mankind.

December, therefore, is a wonderful time to brush up on Bible prophecy so that we are knowledgeable when sharing the Messiah with our families, friends, the lost, and the lonely.

In fact, many Jewish Believers continue to come to faith through these Scriptures. 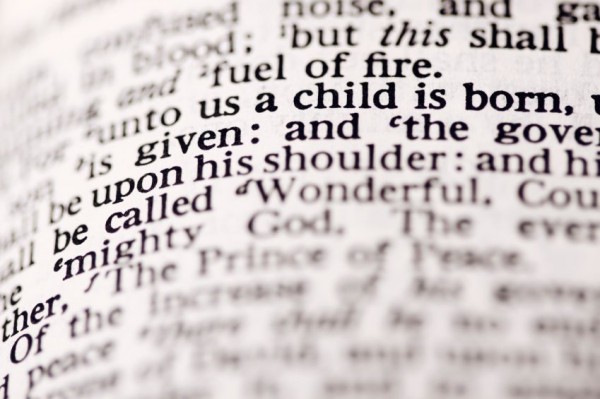 For unto us a Child is born, Unto us a Son is given; And the government will be upon His shoulder.  And His name will be called Wonderful, Counselor, Mighty God, Everlasting Father, Prince of Peace.   (Isaiah 9:6)

Although there is great opposition to Yeshua (Jesus), when He began His ministry 2,000 years ago in the hills of Galilee, He had a major benefit going for Him:  a great many Jewish people were expecting the appearance of the Messiah as prophesied by the Hebrew prophet Daniel.

“Know and understand this:  From the time the word goes out to restore and rebuild Jerusalem until the Anointed One, the ruler, comes, there will be seven ‘sevens,’ and sixty-two ‘sevens.’ It will be rebuilt with streets and a trench, but in times of trouble.”  (Daniel 9:25)

This verse gives us the key to the timing of the coming of the Messiah.

Yeshua, the Anointed One, fulfilled this timing perfectly when He was born of a virgin (almah in Hebrew, see Isaiah 7:14) and mikvahed (baptized) by His cousin Yochanan the Immerser (John the Baptist).

Daniel wrote this prophecy in Babylonian exile in the sixth century BC while also studying prophecies already recorded by other Hebrew prophets like Jeremiah.  (Daniel 9:2)

Just like Daniel, when we study prophecy in the Scriptures, we can learn a great many important facts about the Messiah, such as who the Messiah is, when He would come, the season for His return, and what He will do when He comes again. 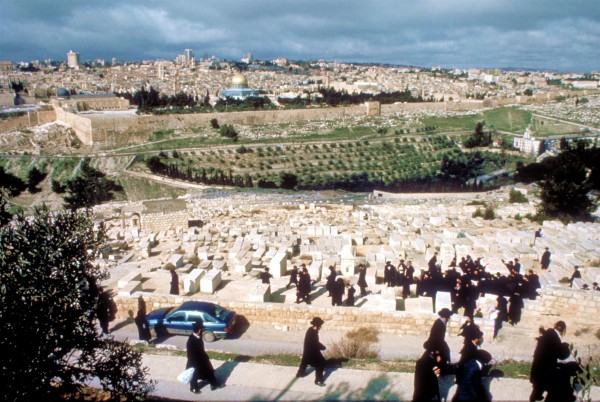 A view of the Temple Mount from the Mount of Olives

“On that day his feet will stand on the Mount of Olives, east of Jerusalem, and the Mount of Olives will be split in two from east to west, forming a great valley, with half of the mountain moving north and half moving south.”  (Zechariah 14:4)

The same Angel Gabriel who announced to Daniel the timing of Messiah’s arrival also participated in its fulfillment when he announced to Miriam (Mary) that she was to give birth to the Holy One of Israel (Luke 1:26–33).

With the birth of Yeshua, the following Biblical prophecies were fulfilled:

Prophecy:  Isaiah 7:14—Isaiah prophesied that a virgin or pure young woman (almah) will give birth to the Promised One.

Prophecy:  Isaiah 9:6—Isaiah prophesied that Messiah Yeshua would come as a baby; Yeshua is described by several names—“Wonderful, Counselor,” “The mighty God,” “The everlasting Father,” “The Prince of Peace.”

Prophecy:  Numbers 24:17—Balaam predicts that the Messiah will descend from the house of Jacob—“I see him, but not now; I behold Him, but not near.  A star will come out of Jacob; a scepter will rise out of Israel.  He will crush the foreheads of Moab, the skulls of all the people of Sheth.” 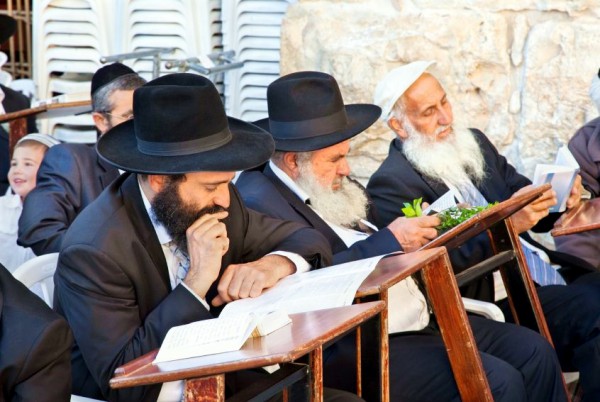 Prophecy:  Isaiah 9:7—The Messiah shall be of the house of David.  Yosef (Joseph) was of the line of David, as was Miriam (Mary).

Prophecy:  Micah 5:2—Micah prophesied that Yeshua would be born in Bethlehem.

Prophecy:  Genesis 49:10—He would be a member of the tribe of Judah—“The scepter shall not depart from Judah, nor the ruler’s staff from between His feet, until tribute comes to Him; and to Him shall be the obedience of the peoples.”

Prophecy:  Prophecy: Malachi 3:1—Yeshua would enter the Temple.  This is important because no one would be able to enter the Temple again after it was destroyed in AD 70, about 40 years after Yeshua’s death.

Fulfilled:  Luke 2:25–27, tells us that Yeshua was brought as an infant to the Temple to be consecrated, and Simeon is there waiting His arrival.  And daily, Yeshua taught at the Temple when He was in Jerusalem.  (Luke 19:47) 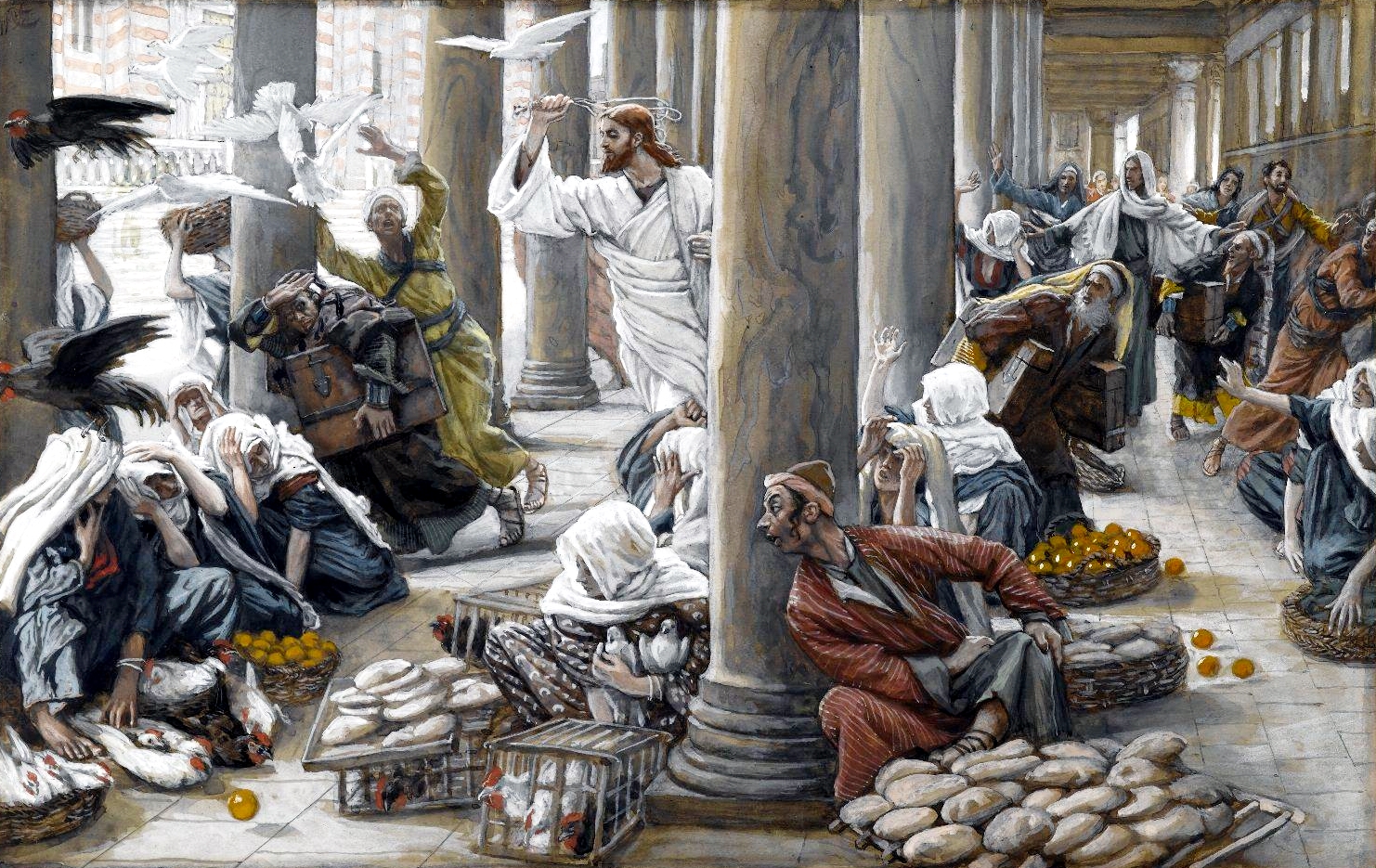 The Merchants Chased From the Temple, by James Tissot

In addition to fulfilling prophecies of His coming, Yeshua’s life was a testimony of numerous other fulfilled prophetic Scriptures: 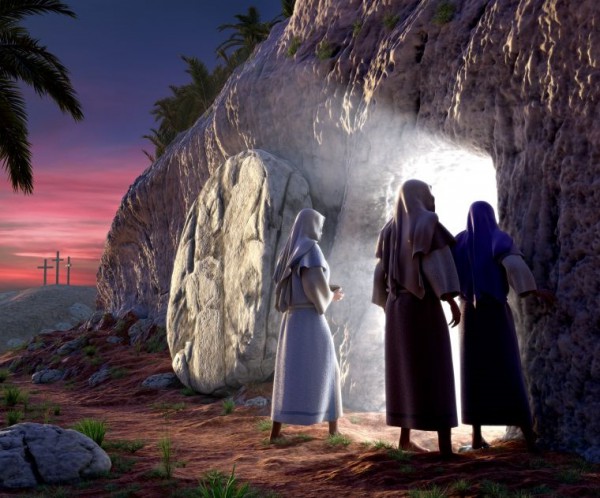 Second Coming of the Messiah

Through Yeshua, we have the assurance of our salvation and the promise of eternal life.  And He did not accomplish this just to leave us here alone; He gave us the Comforter:

“Nevertheless I tell you the truth: It is expedient for you that I go away; for if I go not away, the Comforter will not come unto you; but if I go, I will send him unto you.”  (John 16:7)

He not only sent His Ruach HaKodesh (Holy Spirit) to act as a companion and guide to all Believers, He has promised to return.

He also indicated His return would be dramatic and sudden.

Yeshua says:  “For as lightning that comes from the east is visible even in the west, so will be the coming of the Son of Man.”  (Matthew 24:27)

He then continues:  “At that time the sign of the Son of Man will appear in the sky, and all the nations of the earth will mourn.  They will see the Son of Man coming on the clouds of the sky, with power and great glory.  And He will send His angels with a loud trumpet call, and they will gather His elect from the four winds, from one end of the heavens to the other.”  (Matthew 24:30–31) 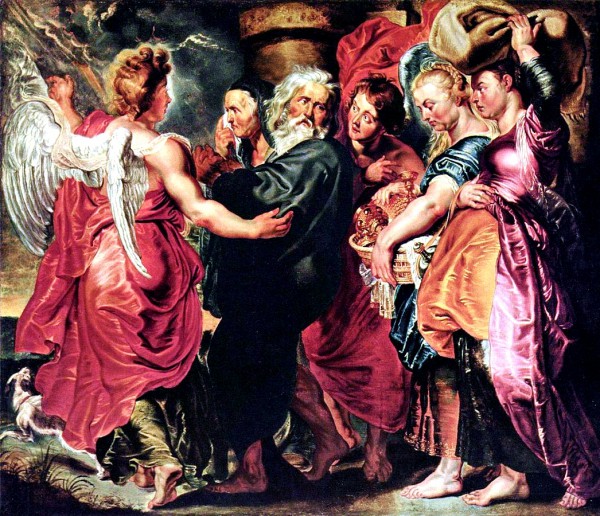 The Departure of Lot and His Family from Sodom, by Peter Paul Rubens

He warns His followers to be vigilant in looking for signs of His coming, comparing His return to the times of Noah and Sodom when everyone went on with their lives oblivious to their spiritual reality.  As a result, they lost their lives.  (Matthew 24:37–39; Luke 17:28–30)

Yeshua also told many parables to help us know the time of His Second Coming:

Finally, Matthew 25:31–46 describes the coming of Yeshua and the judgment of the nations, which is also foretold by the Prophet Zechariah. 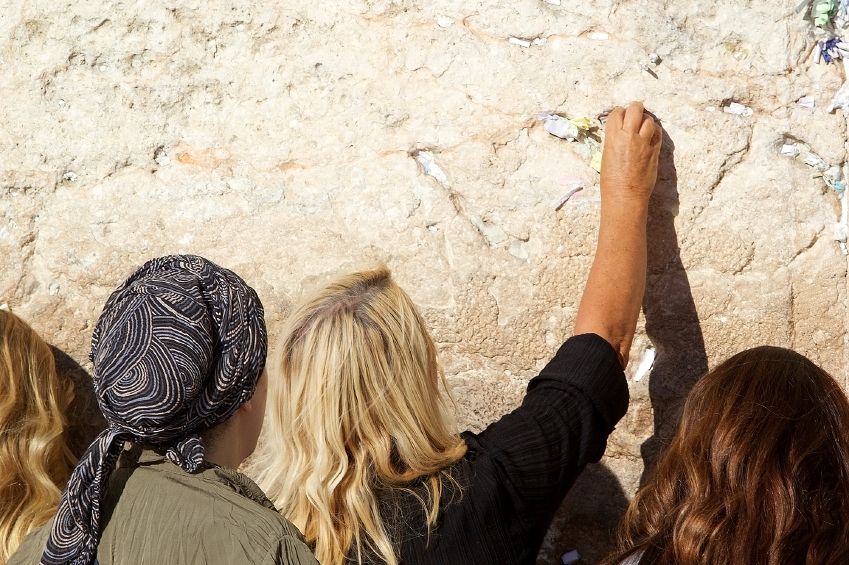 A woman inserts a written prayer in the crevices of the women’s section of theWestern (Wailing) Wall in the Old City of Jerusalem.

Just like in the days of Yeshua’s birth, when many Jewish people were eagerly anticipating the coming of the Messiah, today we look forward to Yeshua’s return.

Still, most Jewish People think that the Messiah’s coming will be His first.

You can help us change that reality one person at a time and, perhaps, one day we shall see the fulfillment of another prophecy yet to come, a day when “all Israel will be saved.”  (Romans 11:26)