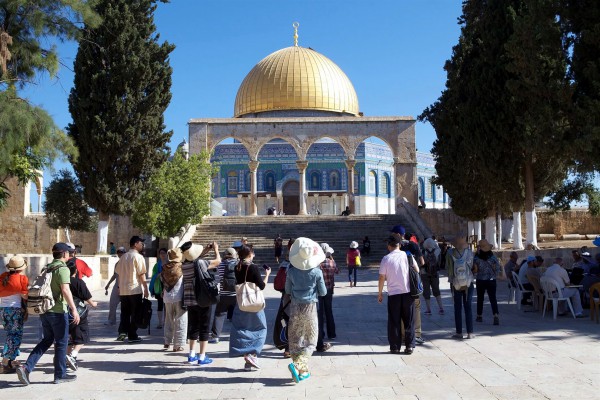 Tourists visit the Temple Mount where the First and Second Temples were located in Jerusalem.  Currently, the Dome of the Rock occupies the spot where the ancient Temple once stood.

Police believe the weapons were intended for use by Arab rioters on “the day of rage,” for which the terrorist organizations Hamas and Islamic Jihad called to take place after Friday prayers “in solidarity with al-Aqsa Mosque.”

Previous demonstrations have involved the use of fireworks against the authorities, and it is believed that this shipment, which came from China, was meant for that purpose.

The cache involved two shipping crates that arrived in the port of Ashdod and were taken to a warehouse in Afula. The fireworks were found among Christmas decorations intended for Arab residents in the mostly Christian east Jerusalem neighborhood of Beit Hanina.  (JPost)

Using fireworks against the police and border security has become commonplace with Roman candles being pointed directly at the police and soldiers as impromptu hand “rockets.”  When fired at close range, fireworks can be lethal, even penetrating special protective gear. 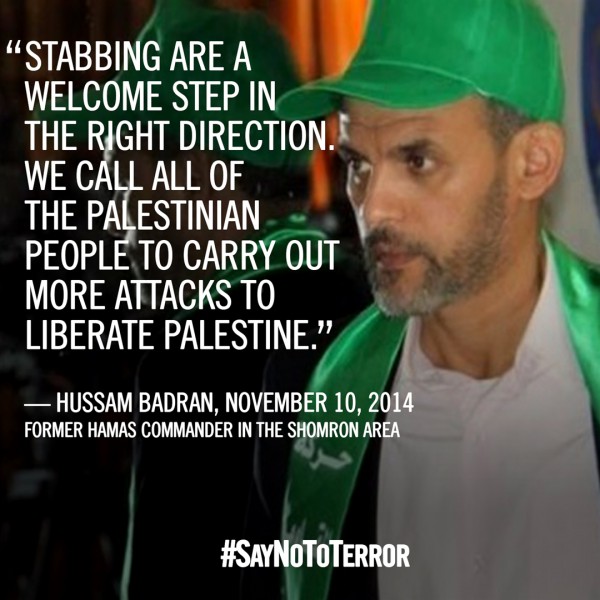 Sheikh Kamal Khatib, who is the deputy chairman of the northern branch of the Islamic Movement, together with the terrorist groups Hamas and Islamic Jihad, called on Palestinians in both the West Bank and Jerusalem to participate in such riots, which has caused Israeli authorities to consider age restrictions for those entering the Temple Mount.

“The Great War for Jerusalem has begun,” declared Khatib.  (Algemeiner)

“The attacks in Jerusalem are driving all the Israelis crazy,” Khatib said.  “I’m certain you have what to say and do to contribute.  We call on our brothers in the West Bank to commence an intifada against the Israeli occupation of Jerusalem and Al-Aqsa, after 21 years of useless peace talks between the Palestinian Authority and Israel.”

On Friday, hundreds of West Bank residents responded to the call by staging protests in the Benjamin region of the West Bank and in Hebron.

Violence also erupted at the Kalandia checkpoint, located between Jerusalem and Ramallah, where as many as 400 Palestinians threw stones and firebombs at IDF troops forcing the troops to open fire.  No casualties were reported. 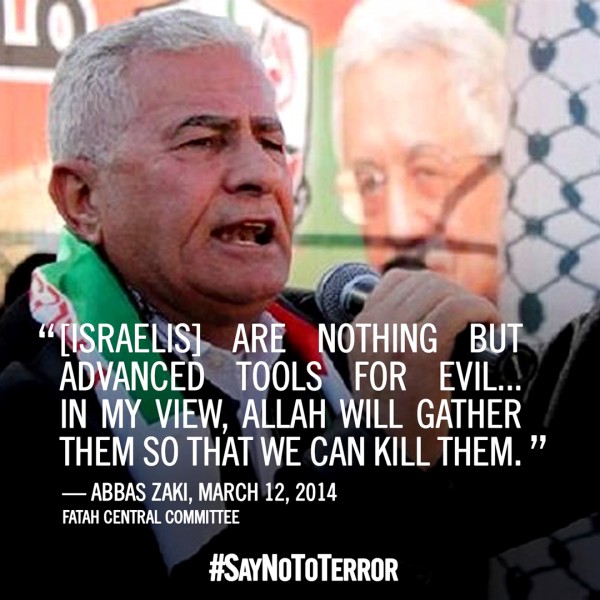 While the leaders of terrorist organizations speak moderately and responsibly in their speeches in the West, in the middle-east, they do not hesitate to call for Jihad, battles, and suicide attacks when speaking to their people and their allies.  (Photo: IDF blog)

One excuse for the attacks is avenging the deaths of terrorists who carried out recent attacks on Israeli civilians.

This includes the death of two terrorist who died after attacking unarmed worshipers in a Jerusalem synagogue with axes, cleavers, knives and a gun. The Popular Front for the Liberation of Palestine (PFLP) claimed responsibility for the attack.

Another excuse for the attacks is the supposed desecration of the Temple Mount mosque by the presence of Jews on the holy Mount and its temporary closures after other terrorist attacks murdered Israeli civilians.

“Israel is lying that she wants peace and coexistence,” Khatib asserted.  He also alleged that Israel “wants to destroy the Al-Aqsa Mosque and build the [Third] temple.”

In response, Prime Minister Benjamin Netanyahu said, “They are saying that the Jews are contaminating the Temple Mount.  They are saying that we are planning to destroy the Holy Places, that we intend to change the order of prayer there—this is all lies.” 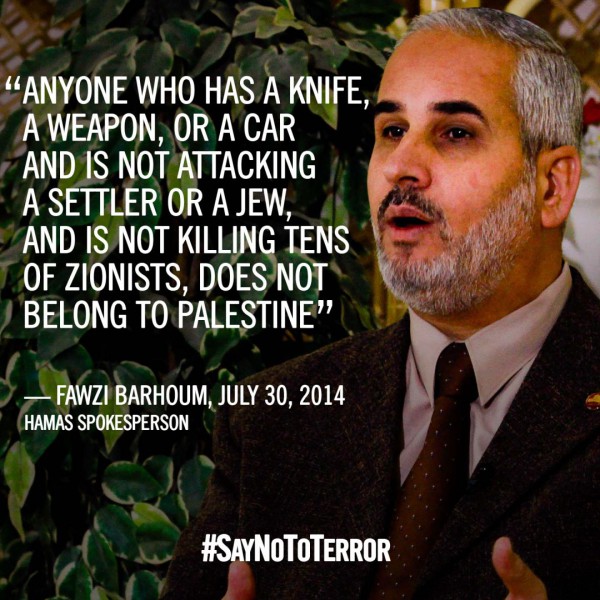 Members of terrorist organizations have no hesitation in blessing the perpetrators of recent attacks, such as stabbings and car rammings.  (Photo: IDF blog)

The Israel Supreme Court was built by the Rothschild Foundation in 1992.