Believers Under Fire: Bringing Messiah to the Lost Sheep of Israel

Be’er Sheva, the largest city in the Negev Desert.

The Lord told Abraham, “‘Through your descendants all the nations of the earth will be blessed, because you have obeyed my command.’ After this, Abraham returned to his servants and they set out together for Beer-sheba, where Abraham settled.”  (Genesis 22:18–19)

The modern Israeli city of Be’er Sheva (also known as Beersheba) is the largest city in the Negev Desert region of southern Israel.  It has been called the “Capital of the Negev.”

It hosts the world-class Ben Gurion University of the Negev and a diverse, growing population, with many Bedouins living side by side with (olim) Jewish immigrants from the former Soviet Union, Europe, North and South America, as well as Sabras (native Israelis) whose families have lived there for generations.

Sabra cactus:  sweet on the inside, prickly on the outside

Sabra is a good metaphor for Israelis, since like the cactus they are generally tough and prickly on the outside, but tender and sweet on the inside.

The congregation has been the source of some controversy in Israel.  A number of years ago, Bass was leading a mikvah service (baptism) at the congregation and a large crowd of ultra-Orthodox men stormed the building, physically attacking Bass, intimidating other members of the congregation, and breaking several pieces of furniture.  It was the second such incident.

Several witnesses accused Yehuda Deri, chief Sephardic rabbi in the city of Be’er Sheva, of stirring up the crowd.  He later claimed exactly the opposite:  that he was attempting to calm the people down.

The police were called, but it took them several hours to gain control of the situation.  Some witnesses said they didn’t seem to be trying very hard. 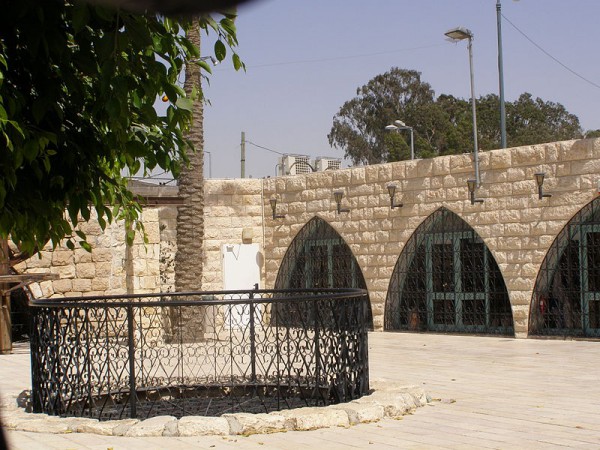 Ancient well in Be’er Sheva thought to be dug by Abraham.

Yad L’Achim, the anti-missionary organization which has been behind much of the soft (and occasionally hard) violence directed against Messianic Jews (Jewish Believers in Yeshua (Jesus)) in Israel, was universally suspected of playing a part in the riot.

The kehillah sought legal action against both Deri and Yad L’Achim, but the judge in the case ruled that there wasn’t enough evidence.  Bass had to pay a fine to the defendants, as well as cover their legal fees.

“The judge did not give them any restraining order,” he said.  “They were not warned at all by the judge to be careful of what they do.”

But he added, on a more hopeful note, that Yeshua’s trial also seemed “like a loss according to the world at the time” and that God could use anything to advance His purposes.

Fortunately, it seems that Messianic Jews have gained a certain amount of respect and religious liberty in recent years in the military as well as recognition from the Knesset (Parliament) for acts of charity. 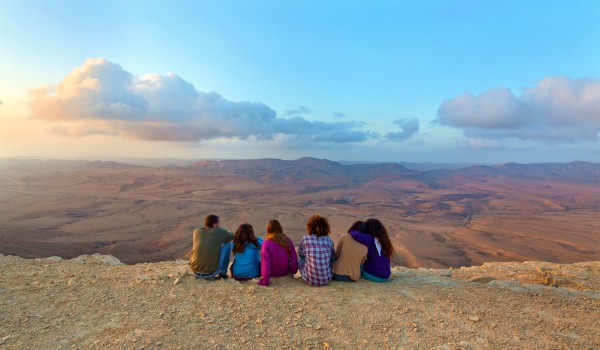 Tourists in Israel’s Negev Desert enjoy the view along the Ramon Crater at sunrise.​ (Go Israel photo by Dafna Tal)

Streams in the Negev Desert

“I will turn the desert into pools of water, and the parched ground into
springs.”  (Isaiah 41:18)

The vision for the congregation is “streams in the Negev,” which comes from Isaiah 41:17–20.

“This has been in fulfillment of prophetic promises given long ago by God through His prophets in Israel, and upheld by the Messiah Yeshua and His apostles in stating that all the promises of God will be fulfilled entirely,” writes the congregation’s website.

This is a great description of what the Body of Messiah looks like in the Holy Land today, since Kehillat Nachalat Yeshua in Be’er Sheva is typical of a Messianic assembly in Israel.

Numbering around 200 worshipers on Shabbat, the kehillah (community) welcomes a large number of immigrants, some of whom were Believers when they came to Israel and some who accepted Yeshua here in the Land.

The congregation comprises young people who were raised in the kehillah with immigrant parents, middle-aged Sabras (native Israelis) who came to faith later in life, non-Jewish students who have come to study at Ben Gurion University, a few Arab brothers and sisters, and Christian tourists from around the globe who speak different languages. 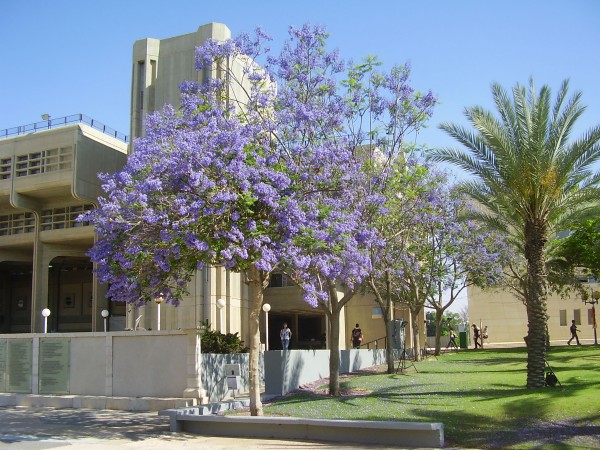 As with nearly every Messianic congregation, the message is usually given in Hebrew.  Translators render the message into English and Russian, along with possibly other languages.

Worship songs are usually sung in Hebrew, along with an occasional song in
Russian, Arabic or English.

Despite almost never speaking a common language and seldom sharing a common cultural outlook, these diverse individuals are able to come together to worship the God of the Universe because of their common love for and relationship with the Messiah of Israel.

“The fullness of the Gentiles has not yet happened, but is on the way as the Lord works out His purposes to establish the Kingdom of God on this Earth at the return of the Lord at God’s appointed time,” says the website.

“Some of us who believe in the truth of Messiah have also come from different streams within the Body of Messiah; others who have come to know the Father and the Son since coming to Israel have entered into a mighty river into which all these streams converge.

“It will be such a work that it will be seen and understood as being done by the Hand of the Lord, even a new creation of the Holy One of Israel! This speaks of the Lord Yeshua HaMashiach (Jesus the Messiah) being glorified here in the desert and the wilderness of Israel.” 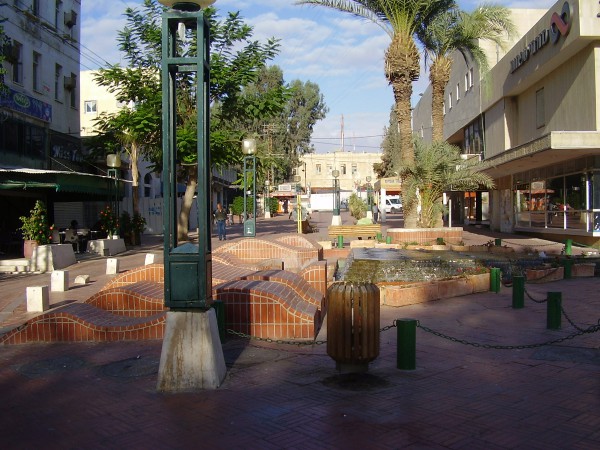 Even the building where the kehillah meets has significance.

Built on Ahavot (Fathers) street by an Ottoman Turkish official in 1903, the building is in the heart of Be’er Sheva’s Old City.

The location offers many opportunities for outreach.  It’s the ideal location for quiet meetings on Shabbat in a part of the city otherwise filled with rustic cafes and unique architecture.

Because the building was built as an administrative headquarters, it rests on a slight rise that overlooks the Be’er Sheva wadi (a dry stream bed except during the rainy season) and provides a panoramic view of the nearby desert.

“Be’er Sheva is spoken about many times in the Bible.  It is where Abraham, Isaac, Jacob, Hagar and Ishmael, even Elijah met with God.

“They found it a place of divine revelation and of true, spiritual worship and praise and thanksgiving towards our God—the God of Abraham, of Isaac, and of Jacob.

“It is indeed the ‘City of the Fathers’, and we desire that the true sons of Abraham—Jews, Arabs, and any other believers in Yeshua—will worship the Lord together in the beauty of holiness,” Bass says. 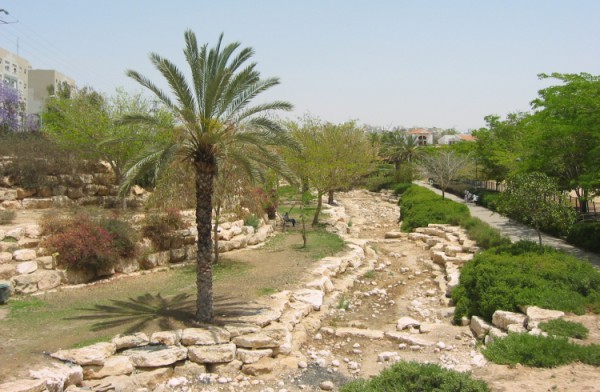 A dry riverbed in Be’er Sheva

Bought in 1913 by a US-based Christian group, the property and buildings have been serving workers of the Gospel for over 100 years.

Nachalat Yeshua Messianic Congregation moved into the property in 1995, having outgrown their previous meeting hall in a nearby house which had been used as an outreach center since 1957.

Today, the building is home to The Bible House known as HaMaKom (The Place), a shop where many people still come to learn about Yeshua.

HaMaKom also means God.  It is a metaphoric reference to the fact that everything is contained in God, and nothing contains Him.  As such, it’s been the target of two Molotav cocktail attacks.

Such persecution is not much different than in the Book of Acts, when Saul (Paul) gathered up the “Believers” to have them beaten, or when he stood by as the ultra-religious Jews (Pharisees) stoned Stephen to death. 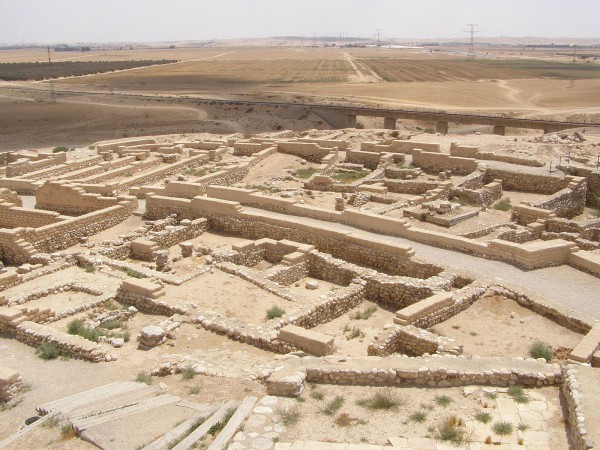 Tel Be’er Sheva, an archaeological site that is believed to be the remains of the Biblical town of Be’er Sheva, lies east of the modern town.

The believing pioneers who came to Be’er Sheva and bought these properties before the First World War couldn’t have imagined the changes that would take place over the next century.

Although the Gospel has been brought to many people in Be’er Sheva and here in the south of Israel, much work remains to be done.   To accomplish that, laborers must come to the vineyard.

“He has good works for us to do, and we want to be equipped for every good work to please our Father in Heaven,” Bass says.

The Messianic Believers in Israel need tools to reach the Jewish people of Be’er Sheva with the love and truth of Yeshua.