The last two Parshiot, Tsav and Vayikra, explained the type of sacrifice that was pleasing to God in the Temple.

We also learned that a right heart and obedience matters more to God than the sacrifice itself, and that the sacrifice of thanksgiving and praise is perhaps the highest form of sacrifice.

“I will praise God’s name in song and glorify Him with thanksgiving.  This will please the LORD more than an ox, more than a bull with its horns and hooves.”  (Psalm 69:30–31) 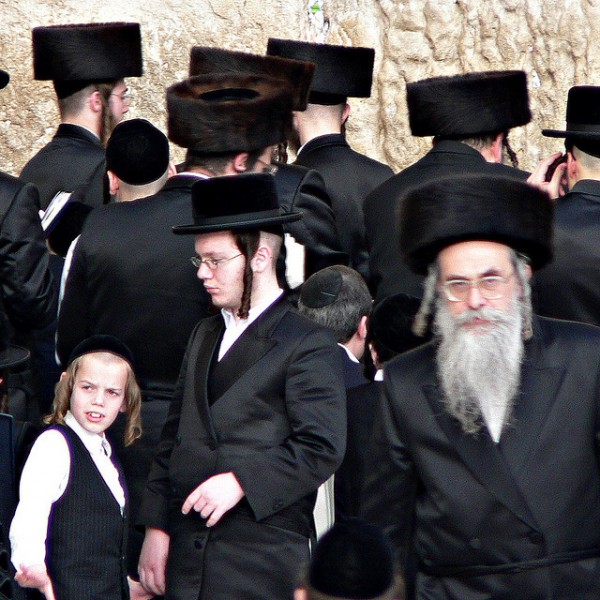 The Order of Sacrifice

Today, since the Temple in Jerusalem no longer stands, the animal sacrifices that must be performed in the Temple can no longer be offered to the Lord.

Judaism, therefore, focuses on the importance of the condition of the heart (repentance, charity, and good deeds), instead of the offering of animal sacrifices.

Parasha Shemini, however, provides lessons that are relevant for all time, even today when animal sacrifices cannot be offered.

This week’s Parasha reveals how critical it is to follow God’s instructions regarding how to bring a sacrifice to God. 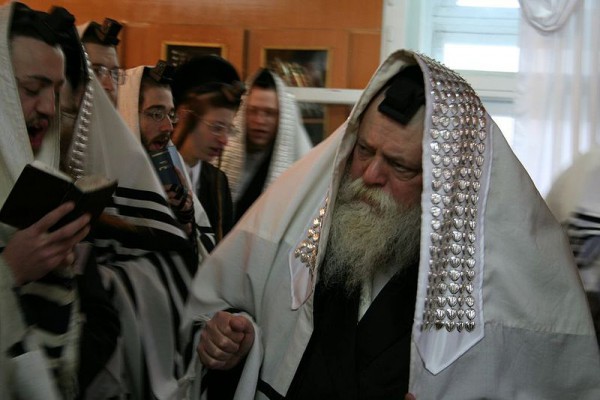 For example, the way a person was to approach God with a sacrifice wasn’t left up to personal discretion.

God asked for sacrifices to be offered according to the precepts of the law with an inward turning away from sin to righteousness: 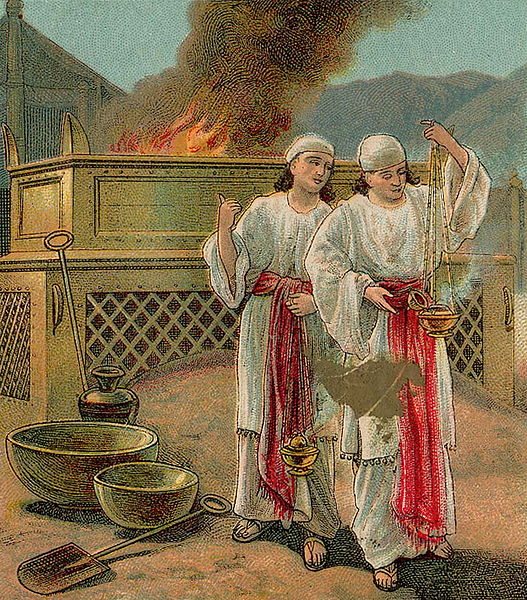 The Sin of Nadav and Avihu, by the Providence Lithograph Co.

This Parasha opens with Aaron offering the required sacrifices, so that the glory of the Lord could appear to the Israelites (Leviticus 9:6).

After the sacrifices were offered in the prescribed way, the glory of God indeed appeared to the Israelites, and fire from the presence of God consumed the sacrifices.

But then something went terribly wrong.

Aaron’s sons, Nadav and Avihu, made an unauthorized offering to God, which God had not required nor prescribed, and they died instantly.

“They offered unauthorized fire before the Lord, contrary to His command.  So fire came out from the presence of the Lord and consumed them, and they died before the Lord.”  (Leviticus 10:1–2)

We tend to think that these kinds of instant death judgments only happened in the Tanakh (Old Covenant), which many consider to be based on law, and that it couldn’t happen in the New Covenant, which is based on grace.

But God is the same in all the books of the Bible.  He is God, and He does not change. 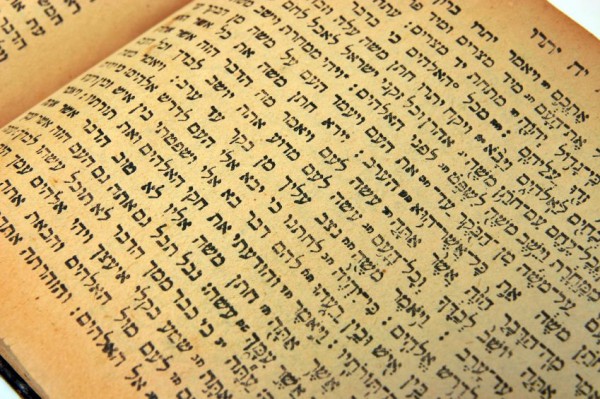 Hypocrisy and Deceit: The Case of Ananais and Sapphira

In the sad case of Ananais and Sapphira, the Brit Chadashah (New Testament) offers another instance of people perishing while giving an offering (Acts 5:1-11).

The early Believers in Jerusalem, who were of one mind and heart, held their possessions loosely.

It was not unusual for members of this tight-knit group to sell their land and give the proceeds of the sale to the apostles for their use in the work of the Lord.

Following the example of others, Ananais and Sapphira sold a piece of property.

Unlike the others, however, they brought only part of the proceeds to the apostles, and tried to make them believe their offering was the entire proceeds.

Like Nadav and Avihu, they offered up a sacrifice.  The problem with their offering, however, was that they were giving to the Lord with a deceitful heart.

They may have thought they were only deceiving fellow Believers, but the apostle Peter made it clear to them that they were, in fact, lying to God. 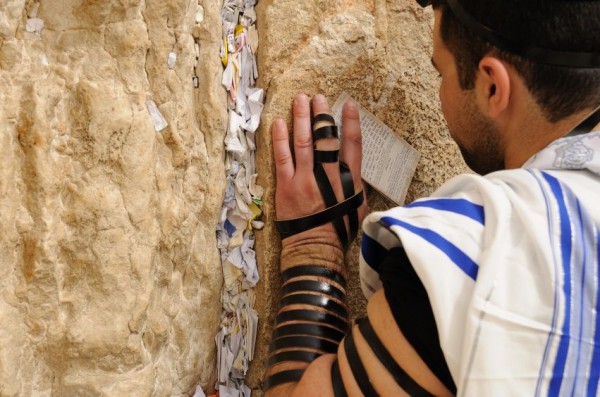 This Jewish man, who is praying at the Western (Wailing) Wall, is wearing tefillin, a reminder of God’s intervention at the time of the Exodus from Egypt.  The traditional obligation to wear them arises from Exodus 13:9,16; Deuteronomy 6:8; and Deuteronomy 11:18.

While this couple was under no obligation to sell their property, or to give any money from the proceeds, the moment they declared they were going to give the money, it became God’s property.

“Peter said, ‘Ananias, how is it that Satan has so filled your heart that you have lied to the Holy Spirit and have kept for yourself some of the money you received for the land?  Didn’t it belong to you before it was sold?  And after it was sold, wasn’t the money at your disposal?  What made you think of doing such a thing?  You have not lied to men but to God.’”  (Acts 5:3–4)

Because Ananais and Sapphira were Believers, they had the privilege of being able to draw near to God like the priests, Nadav and Avihu.

With that privilege, however, comes great responsibility, especially since judgment begins at the household of God (I Peter 4:17).

Because of their deceit, the Lord struck them down, and they died at Peter’s feet. 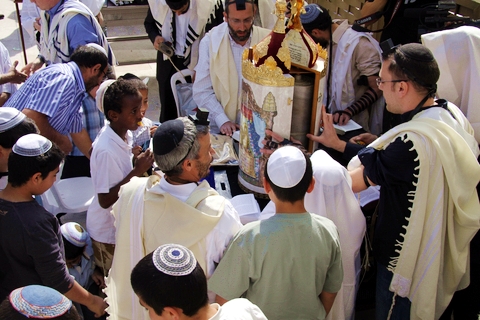 Opening the Torah at the Western (Wailing) Wall

“The fear of the Lord is the beginning of wisdom, and the knowledge of the Holy One is understanding.”  (Proverbs 9:10)

Even a quick reading of what happened to Ananais and Sapphira as well as Nadav and Avihu reveals that God held them to a very high standard.

Some conclude from God’s quick judgment that He is a God of anger and vengeance, striking His children down for the least infraction of His strict rules.  This is a gross mischaracterization.

Equally wrong is a one-dimensional portrayal of God as the God of love and mercy, while ignoring His other important characteristics, such as holiness and justice.

The truth is that God is a God of perfect love and perfect justice.

Even if no one else sees what we do in secret, God sees.  Like any good Father, God does discipline us when our actions violate His house rules.

Yes, we are called His children and even His friends; yet, we must still retain a sense of reverence for His majesty. 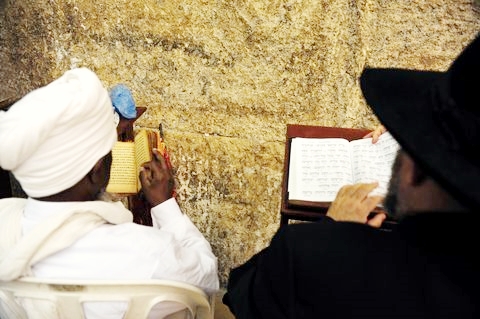 An Ethiopian Jewish man prays alongside a Chasidic Jewish man at the Western (Wailing) Wall in Jerusalem.

“The Lord’s anger burned against Uzzah because of his irreverent act; therefore God struck him down and he died there beside the ark of God.”  (2 Samuel 6:7)

The Haftarah (prophetic) portion of Scripture further illustrates the importance of showing proper reverence for God.

King David wanted to bring the Ark of the Covenant back to the capital city of Jerusalem from the town where the Philistine conquerors had taken it.

Amidst all the reverence, joy, and worship during the procession, Uzzah died when he reached out to steady the Holy Ark after the oxen stumbled.

The intention to return the glory and presence of God (as found in the Ark) to its rightful place in Jerusalem was noble, but the way Uzzah handled the glory was rash and disrespectful. 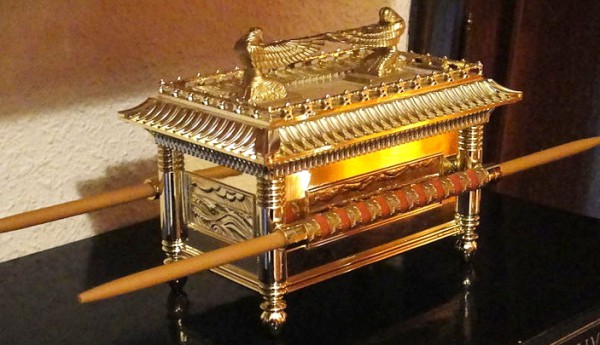 Replica of the Ark of the Covenant

Once again, we might wonder why touching the Ark of the Covenant was such a big deal.  Certainly, Uzzah didn’t intend to be disrespectful?

Of course, without Scripture, we really have no idea what holiness looks like.  Uzzah made a quick decisions based on what he thought was holy and reverent at the time.

Furthermore, we cannot know the level of purity inside Uzzah’s heart as he reached out to grab the glory of God. 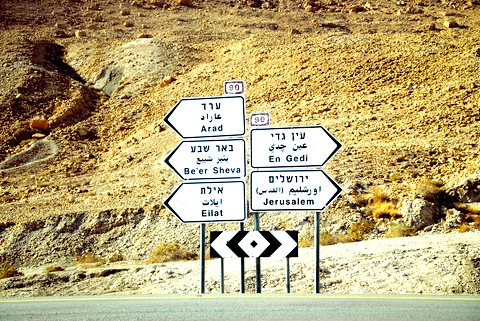 As Believers, in order to live according to God’s standards of holiness, we must slow down, study the Scripture, and evaluate our ways to see if they are holy only in our own eyes or are also holy in the eyes of God.

History has shown that people, even God’s own chosen people, could not keep God’s standards of holiness.  Sin prevents mankind from living in fellowship with God.

God’s holiness and justice is the reason Yeshua (Jesus) suffered for us on the execution stake (cross).  God sent His own Son—the Lamb of God—Yeshua HaMashiach (Jesus the Messiah), to purify us from sin and guilt.

“Yet it was the LORD’s will to crush Him and cause Him to suffer, and though the LORD makes His life an offering for sin, He will see His offspring and prolong His days, and the will of the LORD will prosper in His hand.”  (Isaiah 53:10; see also Hebrews 1:3, 10:12)

When we truly understand God’s holiness and the price Yeshua paid to make us holy in God’s eyes, then we can come as priests into God’s presence, understanding His mercy and grace, and stand before Him in appropriate, reverential fear.