“He will raise a banner for the nations and gather the exiles of Israel; He will assemble the scattered people of Judah from the four quarters of the earth.”  (Isaiah 11:12) 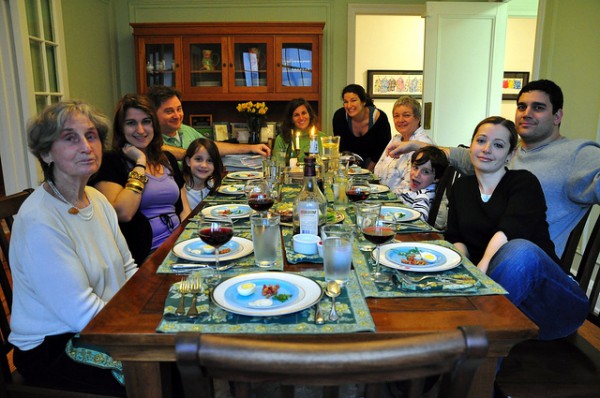 The Jewish holiday of Passover is one of three pilgrimage festivals (Shlosha Regalim) in the Bible.  The other two are Shavuot (Pentecost) and Sukkot (Tabernacles).  On the first night of Passover, family and friends gather to retell the story of the liberation of the Hebrew slaves from bondage in Egypt.

Today is the final day of Passover.

As the Festival of Passover comes to a close, a special portion of Scripture is read that focuses on Pesach L’Atid (פסח לעתיד–a Future Passover), a new redemption and a new exodus.

In this new exodus, the Jewish people will be delivered, not from Egypt as in the past, but from the lands of their dispersion, and gathered into their own land.

For a second time, the Lord will reach out His mighty hand and outstretched arm to deliver His people nationally.

The Hebrew prophet Isaiah sheds light on this amazing promise of a future redemption for Israel.

“In that day the Lord will reach out his hand a second time to reclaim the surviving remnant of his people from Assyria, from Lower Egypt, from Upper Egypt, from Cush, from Elam, from Babylonia, from Hamath and from the islands of the Mediterranean.”  (Isaiah 11:11) 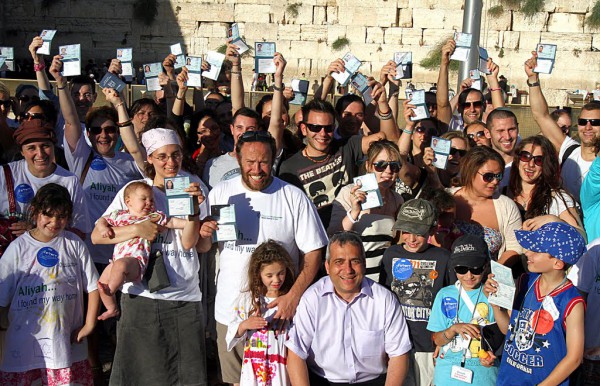 This ingathering of the exiles of Israel has already begun—a sure end-time sign!

The prophecy of Isaiah 66:7–8 foreshadowing the rebirth of Israel, which happened “in one day,” was fulfilled in 1948, and millions of Jews have immigrated to Israel since then.

In the future, all the scattered people of Judah will come home from the four quarters of the earth.

The Prophet Jeremiah also spoke about this coming ‘greater exodus’ which will completely reframe how we refer to God! 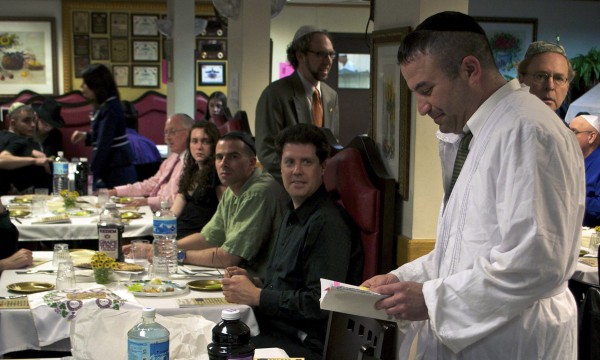 Although Passover Seders are traditionally held in the family home, many Seders are hosted by congregations and philanthropic organizations.

Jeremiah tells us that at first God will send fishermen to fish for His people in the nations, but after this time of grace, He will send hunters to hunt for them, to bring them out of the land of their exile to which they cling in false hopes of security and comfort.

In the Pesach (Passover) of the time of Moses, God kept His word to ‘pass over’ those who, as an act of faith and obedience, applied the blood of the lamb to their doorposts, when He poured out His final judgment upon Egypt.

In the Passover of the future, God will once again ‘pass over’ His people and rescue them from their enemies.

“Like birds hovering overhead, the Lord Almighty will shield Jerusalem; He will shield it and deliver it, He will ‘pass over’ it and will rescue it.”  (Isaiah 31:5)

In anticipation of this glorious future Passover, the last day of Passover is observed as a full ‘Yom Tov’ (Holy day of rest and assembly). 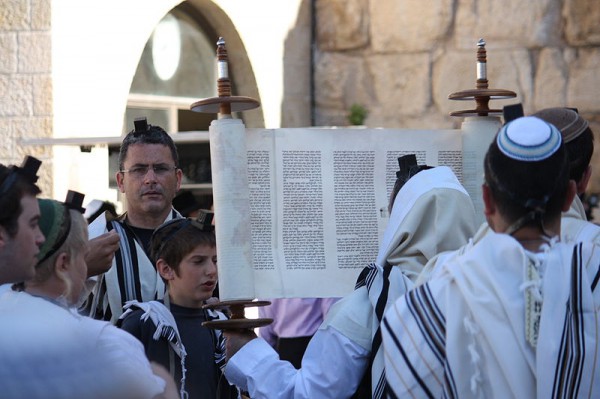 Jewish men lifting up the Torah at the Western (Wailing) Wall in Jerusalem.

“A shoot will come up from the stump of Jesse; from his roots a Branch [Netzer] will bear fruit.”  (Isaiah 11:1)

Today, in synagogues around the world, chapter 11 of the Prophet Isaiah—a well known Messianic prophecy—will be read.  This is the prophecy proclaiming that a shoot will come out of Jesse and a branch from his roots.

When we look at the Hebrew, we see a wonderful connection between this Messianic prophecy and Yeshua.

The Hebrew word for branch in this passage is ‘netzer’ נצר, which can mean branch, shoot, twig, sprout or descendant.  The same three root letters (N-TZ-R) with different vowels—‘natzar’ נצר—means to watch, guard, or keep.

These three root letters can also be used in the context of Christianity, which is called ‘natzrut’ נצרות in Hebrew.

To become a Christian is nitzer נצר.  A related word, notzri, is used for a Christian —as someone who follows Yeshua of Natzeret נצרת (Nazareth).

Even the Hebrew language itself contains this knowledge that Yeshua of Natzeret came as the Netzer (branch) out of Jesse!

From Jesse (Yishai) came the mighty King David, and through the lineage of David came Yeshua Ben David (Jesus son of David), who sits on his throne eternally (Isaiah 9:6–7). 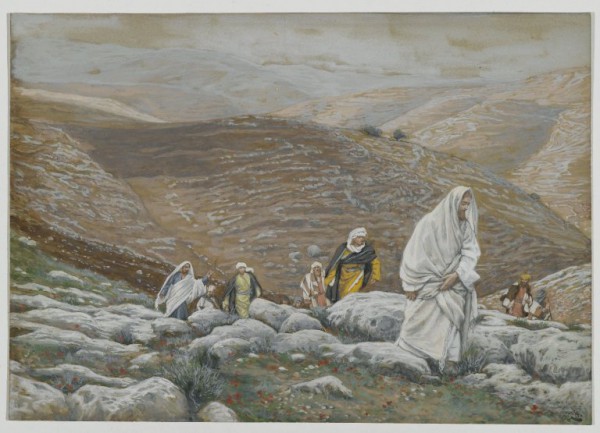 With Passover Approaching, Jesus Goes Up to Jerusalem, by James Tissot

Isaiah prophecies that the Spirit of the Lord would rest upon this branch out of the stump of Jesse:

Yeshua referred to this Messianic Prophecy from Isaiah when He entered the synagogue one Shabbat (Sabbath day) and read from Isaiah 61.  As He stood before the entire congregation, He declared this prophecy fulfilled in Him.

He stood up to read, and the scroll of the prophet Isaiah was handed to him.  Unrolling it, he found the place where it is written:

‘The Spirit of the Lord is on Me, because He has anointed Me to proclaim good news to the poor.  He has sent me to proclaim freedom for the prisoners and recovery of sight for the blind, to set the oppressed free, to proclaim the year of the Lord’s favor.’

Then He rolled up the scroll, gave it back to the attendant and sat down.  The eyes of everyone in the synagogue were fastened on Him.  He began by saying to them, ‘Today this scripture is fulfilled in your hearing.’  (Luke 4:16–20) 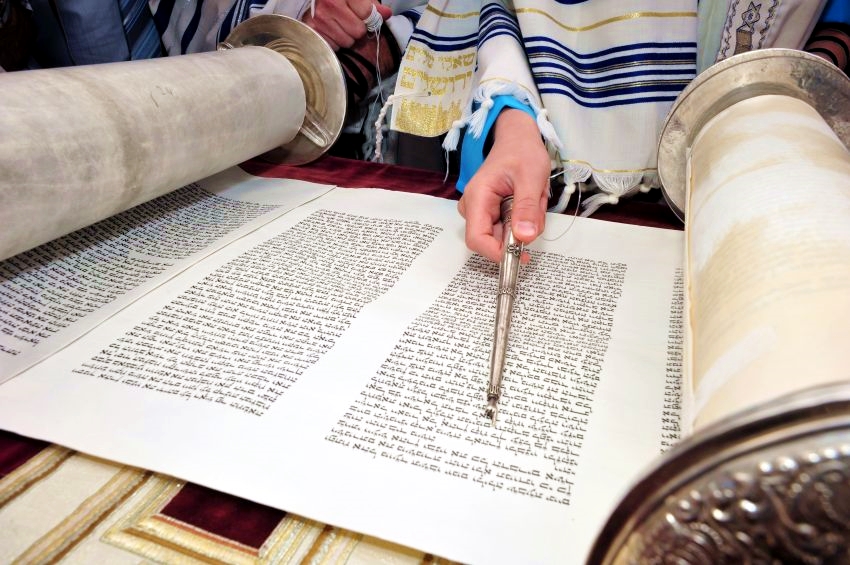 Yeshua would have read from a Torah scroll very much like the one above, and probably would have also used a yad (Torah pointer) to follow along in the passage.

The Messianic Kingdom to Come

When the Lord returns a second time, we will finally experience that glorious ‘peace on earth’ described in Isaiah 11 under the righteous reign of the Messiah for whom we wait with such longing.

Isaiah prophesies that animals will also live together in peace, and a little child would suffer no harm even by handling a dangerous serpent.

“The infant will play near the cobra’s den, and the young child will put its hand into the viper’s nest.”  (Isaiah 11:8)

In that wonderful day, the earth shall be filled with the glory of the Lord as the waters cover the sea.

“They will neither harm nor destroy on all My holy mountain, for the earth will be filled with the knowledge of the Lord as the waters cover the sea.”  (Isaiah 11:9) 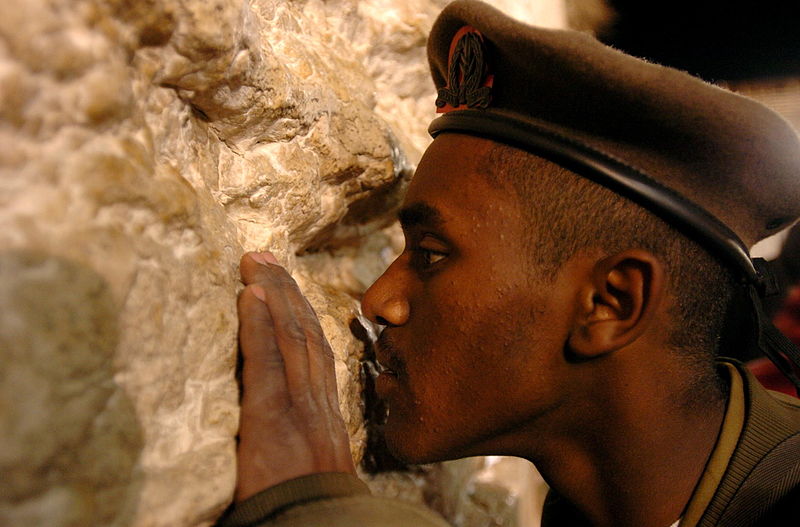 Ethiopian Israeli praying at the Western (Wailing) Wall in Jerusalem.  In 2010, the Israeli government brought home the remaining 8,000 members of the Ethiopian Jewish community.  They are now living in absorption centers all over Israel, learning Hebrew and how to function in a modern society, and studying for new careers (as most were farmers).

The Holy One Among Us

When the Root of Jesse, the Messiah Ben David, returns as the Lion of Judah, not only will all of Israel be saved, but all the nations will seek Him.

What will be left for God’s people to do, but give thanks for His love and mercy that endures forever!

That is how every Passover Seder ends—with praise (hallel) for what He has done, what He is doing now and what He will do in the future!

The haftorah (prophetic portion of Scripture) for this day also ends with praise: 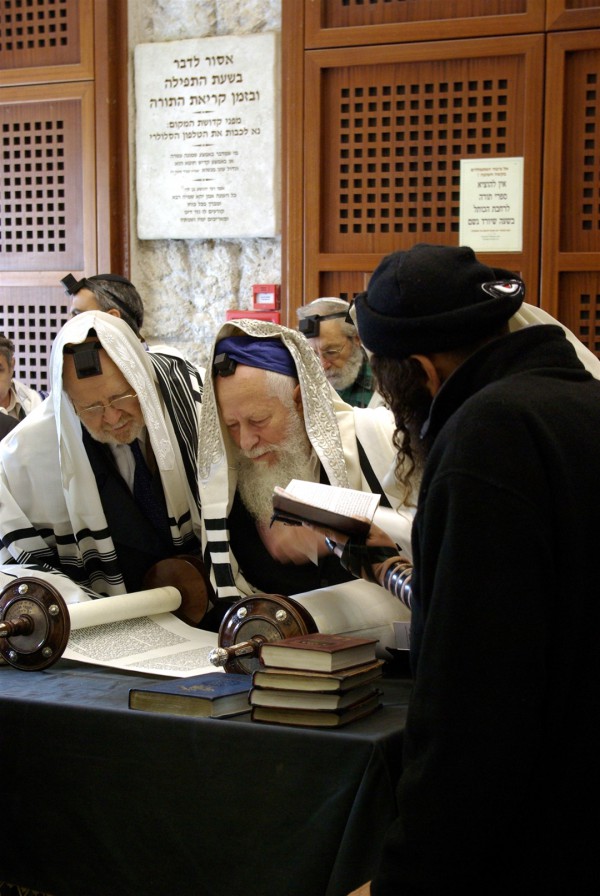 Orthodox Jewish men reading from the Torah at the Western (Wailing) Wall in Jerusalem.

“In that day you will say:  ‘I will praise you, Lord.  Surely God is my salvation; I will trust and not be afraid.  The Lord, the Lord himself, is my strength and my defense; He has become my salvation (Yeshua).’”  (Isaiah 12:1)

It is from this well of salvation (Yeshua) that we draw living waters and rejoice (Isaiah 12:3).

May the people of Zion also shout aloud and sing for joy because of the glorious things God has done!

“Shout aloud and sing for joy, people of Zion, for great is the Holy One of Israel among you.”  (Isaiah 12:6)

Israel has such a great hope of redemption, restoration, and deliverance in God’s Word. 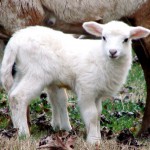 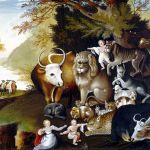 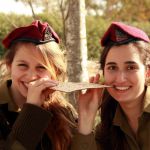