Are You a Watchman on the Wall? 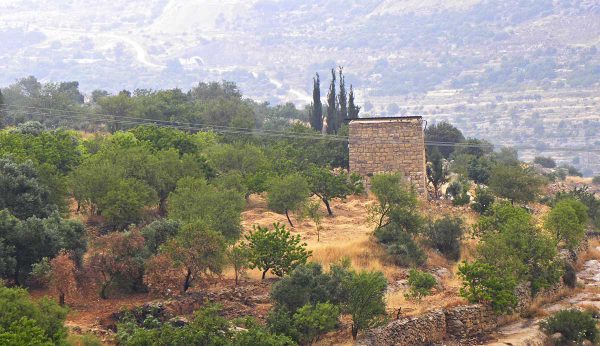 Watchtower in an Israeli vineyard (Photo by Ian Scott, CC 2.0)

In Biblical Israel, as throughout most of the ancient world, guards or watchmen stood in watchtowers at strategic locations, looking for enemy arrivals, and blowing the trumpet to warn of their approach.

Even today, there are guard towers and stations throughout Israel manned by the Israeli Defense Forces, security guards, or local residents of the village.

In many ways, Believers in the God of Israel and Messiah Yeshua are also called to be watchmen.  Let’s look at a few of these ways. 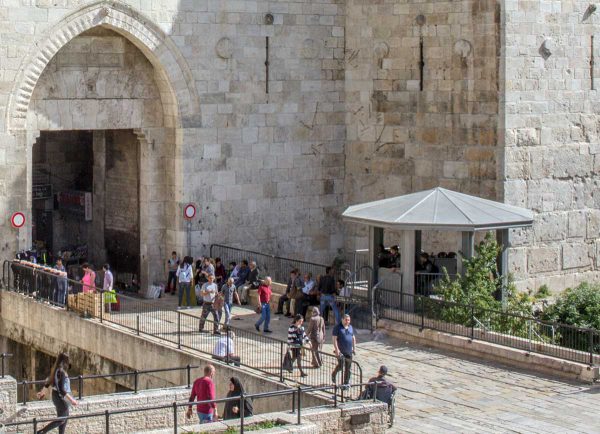 This Israeli guard tower at the Damascus Gate of Jerusalem’s Old City was erected in mid-2018.  (Photo by nightflightovenus CC 2.0)

God so yearns for the safety and protection of Jerusalem in the last days that He says:

“On your walls, O Jerusalem, I have appointed watchmen [shomerim];  All day and all night they will never keep silent.  You who remind the LORD, take no rest for yourselves.”  (Isaiah 62:6)

The Hebrew word for watchmen here is shomerim, from the root shamar, which means to keep, guard, watch, and preserve.

A Shomer Shabbat (literally, Guard of the Sabbath) is a person who keeps the Shabbat according to rabbinic fashion.

Whenever things in Israel look dark or difficult, we who stand with the Jewish nation can take encouragement from God’s Word, for He Himself is the Shomer of Israel:  “He who watches [shomer] over Israel will neither slumber nor sleep.”  (Psalm 121:4) 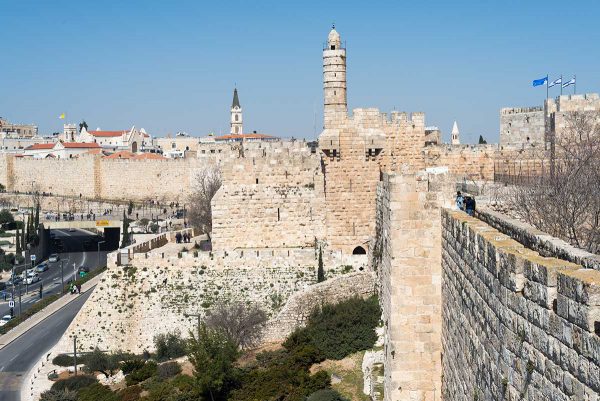 Overlooking Jerusalem atop its walls.

The watchmen (shomerim) appointed by God on the walls of Jerusalem could be angels, such as those the watchers in Daniel 4:17, or the ones who patrol the earth in Zechariah 1:10, or the one who fought against the Prince of Persia on its way to minister to Daniel in chapter 10 of the Book of Daniel.

Many Believers think of themselves as these watchmen over Jerusalem; thousands of prayer warriors around the world continually pray for the shalom (peace) of Jerusalem.  It is reported that in South Korea, for instance, hundreds of Christians get up daily at 4 a.m. to pray for Israel.

Others try to preserve the souls of the Jewish People by warning them about their need for salvation through Yeshua.

Guarding Israel in these ways is the desire of God’s heart, as He tells the Prophet Ezekiel:

“I looked for someone among them who would build up the wall and stand before Me in the gap on behalf of the land so I would not have to destroy it, but I found no one.”  (Ezekiel 22:30)

To help with this problem, God appointed Ezekiel and other prophets as His watchmen. 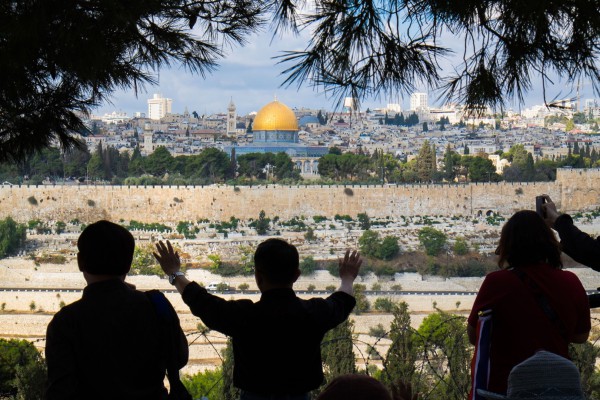 God often calls the prophets His watchmen, such as when He told Ezekiel:

“Son of man, I have made you a watchman [tzopheh] for the people of Israel;  so hear the word I speak and give them warning from me.”  (Ezekiel 3:17)

The Hebrew word for watchman here is tzopheh, which comes from the root word tzaphah –צָפָה, which means to look out, spy, or keep watch. 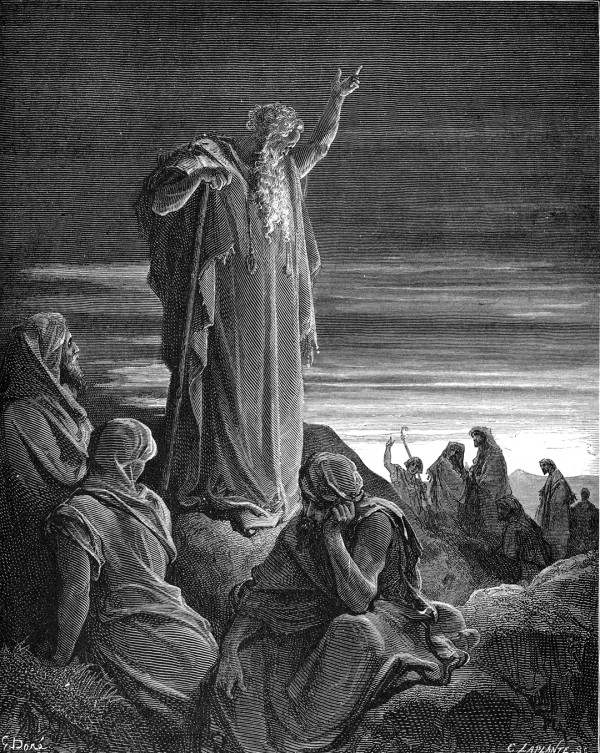 So serious is this position to God that He said He would hold Ezekiel accountable for the deaths of those he was told to warn and did not  (Ezekiel 33:17).

When Yeshua sent 72 of His disciples throughout Jerusalem to share the Good News that the Kingdom has come near, it also came with a warning for those who rejected them:  “It will be more bearable on the Day of Judgment for Sodom and Gomorrah than for that town,”  Yeshua said in Matthew 10:15.

Quite often, we even need to become watchmen over our own hearts and minds.

When the Prophet Habakkuk complained to God, he appointed himself as a watchman, looking for the answer:

“I will stand at my watch and station myself on the ramparts;  I will look to see what he will say to me, and what answer I am to give to this complaint.”   (Habakkuk 2:1)

However, when we hear a Word from God, we must be prepared to actually do it. 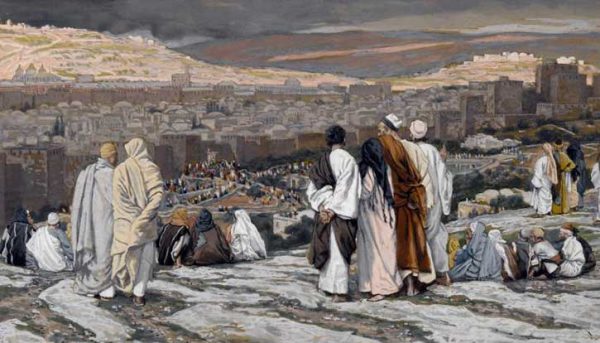 The Lord Is Israel’s Ultimate Watchman

Another word for watchman, which is not as common in Scripture as shomer or tzopheh is notzri, which means watchman, guardian, or overseer (notzrim in the plural)!

It comes from the root natzar — נָצַר, which means to watch, guard or preserve.

It’s a beautiful word in Scripture as it describes the Lord’s oversight in keeping Israel precious and safe.

“In a desert land He found him [Jacob], in a barren and howling waste.  He shielded him and cared for him;  He guarded [natzar] him as the apple of His eye.”  (Deuteronomy 32:10)

“You are my hiding place;  You preserve [natzar] me from trouble;  You surround me with songs of deliverance.”  (Psalm 32:7)

This refreshingly positive understanding of natzar has been lost for centuries in the Jewish culture in which Jewish People never call themselves notzrim. 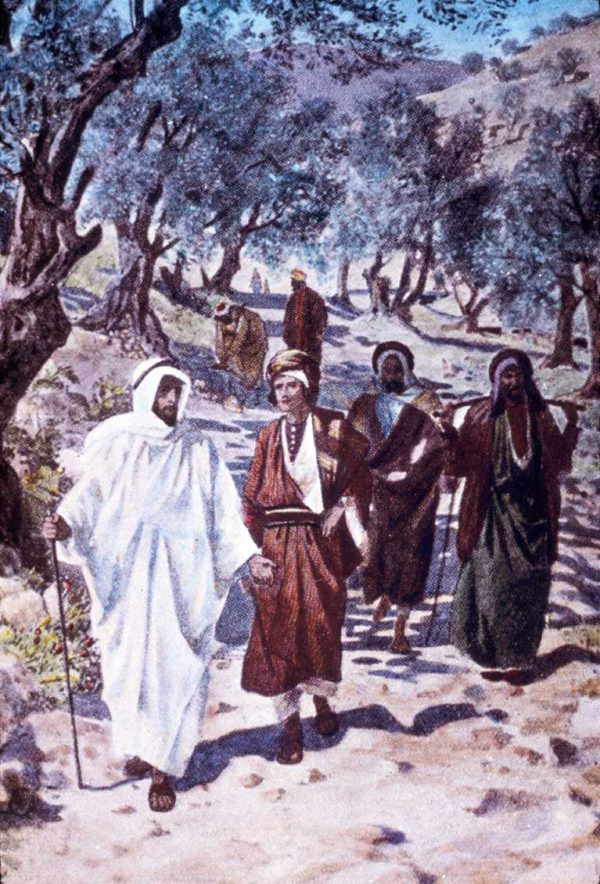 Because another meaning of notzrim is Christian.  In the days of Yeshua, it literally meant men of Nazareth, the city where Yeshua (Jesus) was raised as a child.

Rabbi Shaul (Apostle Paul) was called “a ringleader of the Nazarene Sect” as he stood on trial in Acts 24:5. That’s the first time we read that followers of Yeshua of Nazareth were called notzrim — and it caught on.

Early 2nd Century Jewish writings (such as the Mishnah) and those of the Church Fathers record Christians being referred to by Jews as Notzrim.

This is quite significant since the word notzrim, which in Scripture refers to God’s protection of Israel, also gives us a clue as to the identity of Messiah Himself.

Some say there are no coincidences in the Hebrew language and, interestingly, a related word to notzrim with the same root (N-TZ-R) is netzer —נֵצֶר.

Netzer means shoot or branch, which can refer to descendants, as we find in this well-known prophetic Messianic verse:

The netzer (branch) here is Messiah Yeshua, the Son of David, the Head of the Notzrim.

He came as a divine watchman warning people to “repent, for the Kingdom of God has come near.”  (Matthew 4:17)

And He came to preserve their lives for eternity:  “For the Son of Man came to seek and to save the lost.”  (Luke 24:9) 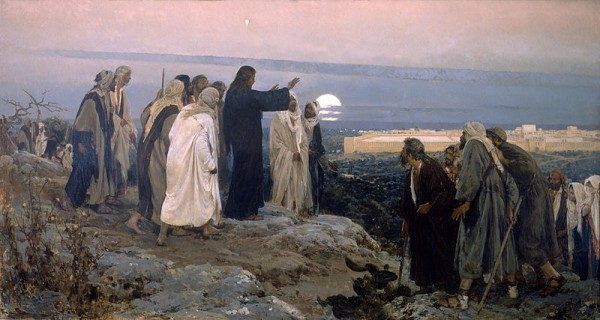 He wept over it (Flevit super illam, 1892) by Enrique Simonet

Like the warring angels and the prophets of old, Believers in Yeshua today are called to be concerned for the physical and spiritual preservation of Israel.

We are called to be the watchmen, praying for the shalom (peace) of Jerusalem;  helping the world to understand God’s plan for His People and His Land, and defending them against the battles waging against them daily.

And most importantly, we are also called to speak the Word of God to the Jewish People, helping them to understand that His Kingdom has come through Messiah Yeshua, the prophesied Netzer (Branch) of David, the One they have been longing for.

In all these ways, Believers are to be God’s appointed watchmen for Israel today.

“Listen!  Your watchmen lift up their voices; together they shout for joy.  When the LORD returns to Zion, they will see it with their own eyes.”  (Isaiah 52:8)