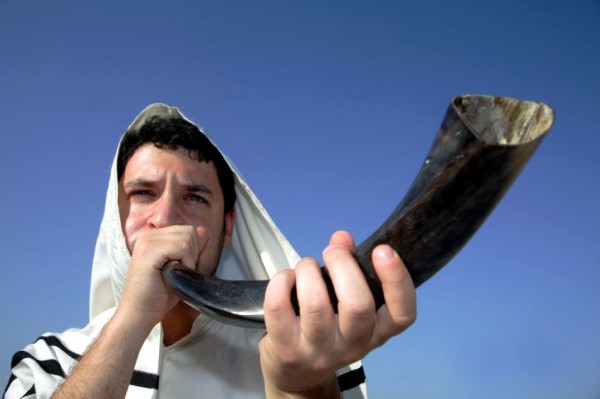 “On the first day of the seventh month hold a sacred assembly and do no regular work.  It is a day for you to sound the trumpets [Yom Teruah, literally a Day of Blowing; also called Rosh HaShanah].”  (Numbers 29:1; see also Leviticus 23:24)

Everyone here in Israel is now greeting each other with L’Shana Tova (Wishing one a Good Jewish New Year) in anticipation of Rosh HaShanah (New Year), which is but two weeks away.

According the Jewish calendar, the year will be 5773, which is calculated from the time of Adam and Eve.

On Rosh HaShanah, the Wailing Wall will be jam-packed with Jewish worshipers; however, thousands of Israelis will not be here in the Holy Land for Jewish New Year. 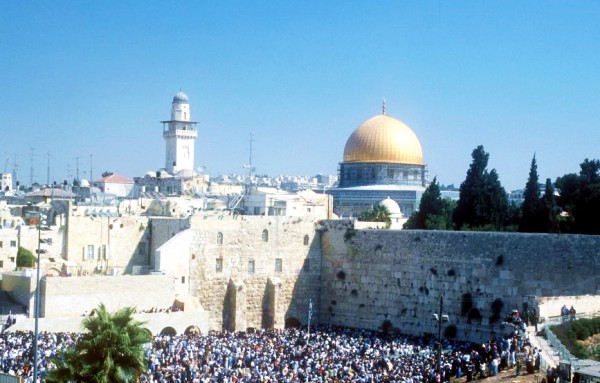 Crowds will gather at the Western (Wailing) Wall during the High Holy Days to pray and worship God.

Around 40,000 Breslover Hasidim will be traveling to the village of Uman in the Ukraine to spend Rosh HaShanah at the gravesite of Rabbi Nachman, the founder of the Breslov Hasidic (ultra-Orthodox) movement.

Rabbi Nachman advocated a simple, close relationship to God where one could speak with the Creator as in a normal conversation with a best friend.

However, before he died in 1810, he vowed to two of his closest followers:

“If someone comes to my grave, gives a coin to charity and says these ten Psalms (the Tikkun Haklali), I will pull him out from the depths of Gehinnom [Gehenna or Hell].  It makes no difference what he did until that day, but from that day on, he must take upon himself not to return to his foolish ways.” 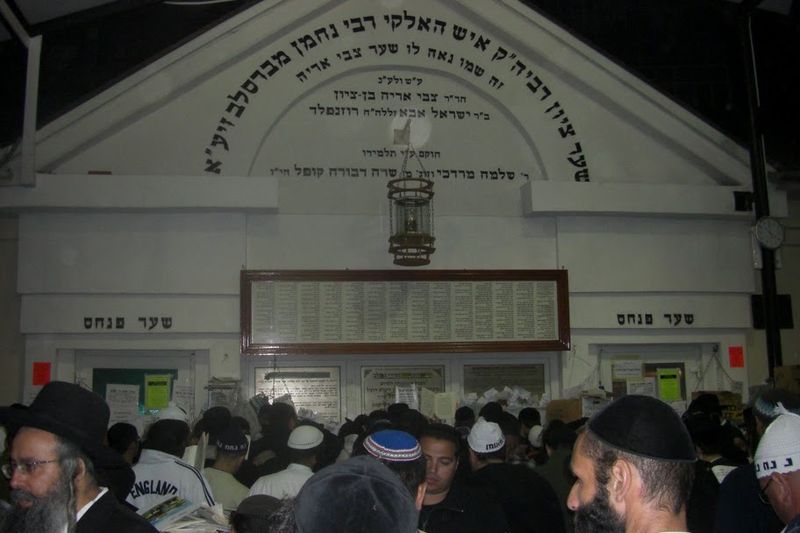 Crowds gather around Rabbi Nachman’s tomb in Uman, Ukraine at Rosh HaShanah in response to his promise of forgiveness of sin.

The Jewish followers of this deceased rabbi believe that by going to his grave on the Holy Day of the Fall Festival of the Blowing of the Shofar (Yom Teruah, also known as the Jewish New Year), they can be delivered from their sins.

“I am going to Uman because when I go to his gravesite, I feel something that I can feel nowhere else in the world.  It is the most holy place and thing to do — and by doing this, Rabbi Nachman will take away my sins,” Smulik, who lives in Jerusalem, explained.

How sad it is to see our Jewish brothers and sisters following false messiahs.

However, as Believers in Yeshua (Jesus), we know that only Yeshua—who died on the execution stake, rose after three days, and fulfilled all of the Messianic Prophecies in the Jewish Scriptures—has the power to redeem us from sin.

Together, let’s pray for the nation of Israel as we approach the Jewish Biblical Fall Festivals and High Holy Days.  Please pray that God will protect Israel from all her enemy neighbors and from terrorist and chemical warfare threats.  Also pray that the people of Israel will know their Living God.