Crossing the Red Sea: Seven Lessons God Has For Us

The Waters Are Divided, by James Tissot

“So I have come down to rescue them from the hand of the Egyptians and to bring them up out of that land into a good and spacious land, a land flowing with milk and honey—the home of the Canaanites, Hittites, Amorites, Perizzites, Hivites and Jebusites.”  (Exodus 3:8)

When Moses took the Israelites out of Egypt, he could have made it to Canaan in a little more than a week, even though he was shepherding over two million men, women and children.  Of course, we know that was not the route taken.
Instead, he took them on a route that began a 40-year journey and involved the need for God to perform yet another miracle:  the parting of the Red Sea.
Moses did not choose this route because he was confused and lost, as depicted in the movie Exodus: Gods and Kings, starring Christian Bale as Moses,
Moses did not act on his own either; he was guided by the God of Israel every step of the way.
But why would God choose such a long route when there was a shorter, more obvious direct route?  Though we touched on this answer in Parasha Beshalach, let’s go even deeper and look at seven significant lessons God wants us to learn as we remember the journey of His children from bondage through the Red Sea to freedom. 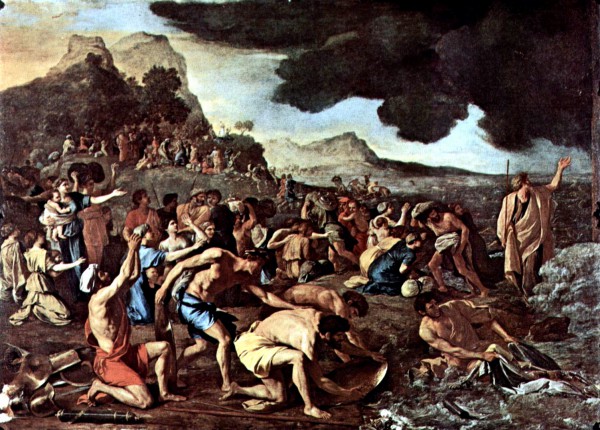 Efficiency is king in this modern age.  The shortest, most direct route seems like it is always the correct way to go. 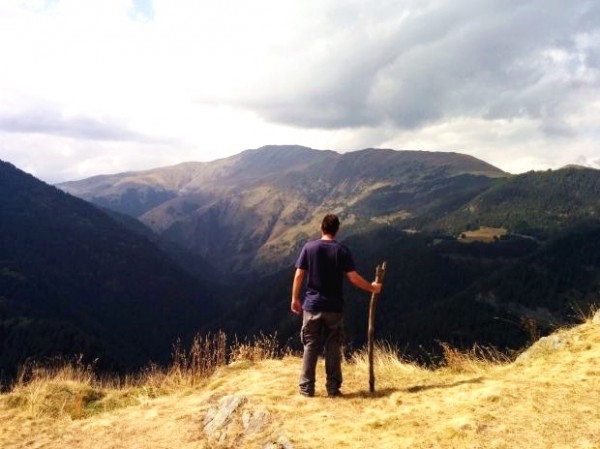 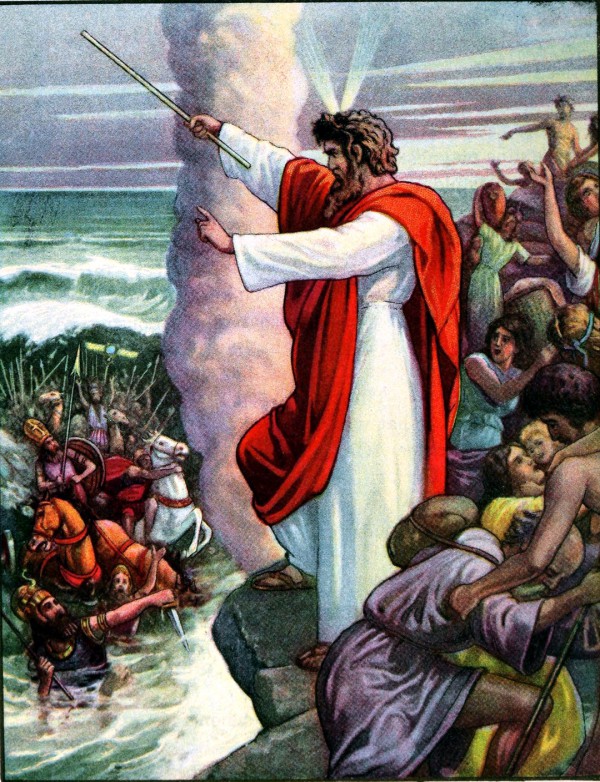 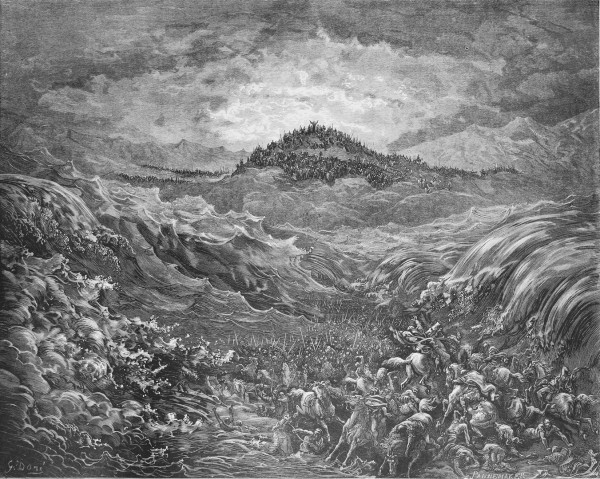 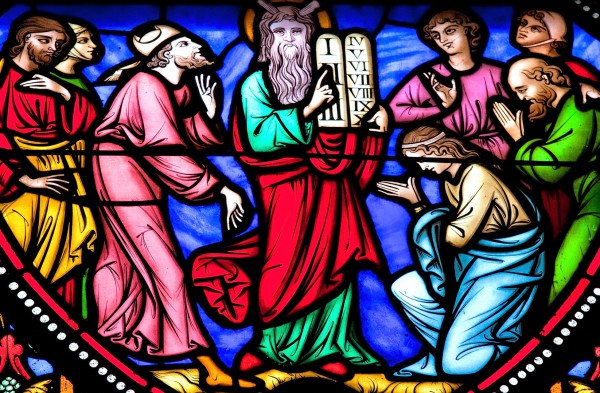 A stained-glass image of Moses and the Ten Commandments 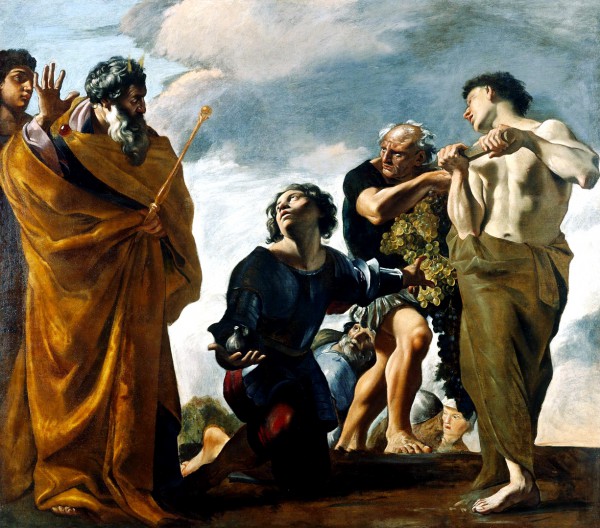 Moses and the Messengers From Canaan, by Giovanni Lanfranco

Because the generation that God delivered from Egypt proved unwilling to follow God’s lead on their way to the Promised Land, they died before entering it.

Only Joshua, Caleb, and the second generation of freed Israelites were allowed to enter.

The wilderness-born children knew nothing of slavery, so they did not have a victim mentality, nor did they idealize enslavement.  Instead, they were trained for battle by sporadic confrontations with the many nations that attacked them along their 40-year journey toward Canaan.

This new generation of Israelites were raised up to know only the God of Abraham, Isaac, Jacob, Joseph and Moses; they became an army of seasoned warriors ready to take the Promised Land and settle it.

We are also engaging in battles along our journey, growing in wisdom and improving our strategies as we shed worldly thinking, learn from God’s Word, and boldly progress toward God’s promises and blessings. 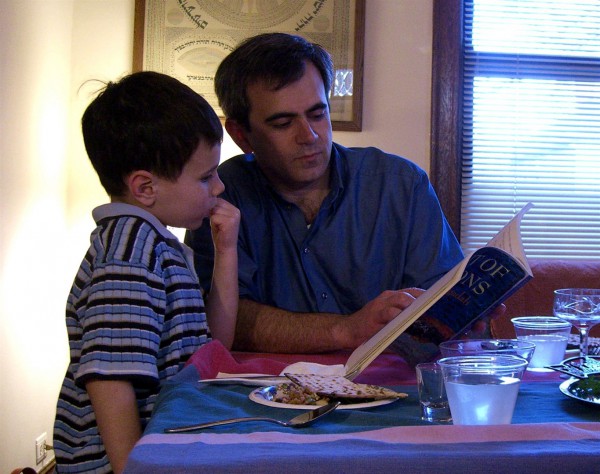 Reading through the Haggadah during a Passover Seder.  (Photo by Sandor Weisz)

Taking the Long Way Through Our Wilderness

We typically try to plan out our lives using a pre-set schedule of events.  The plan includes finishing college by this age, getting married by that age, purchasing a house before having children, etc.

Consequently, we may feel that we are wandering in a wilderness of our own, moving in a different direction than we had planned.

God knows us better than we know ourselves (or are willing to admit) and there can be many reasons that God takes us the long way through the wilderness.

For one, attaining our goals without proper spiritual growth can drive us further from God.

For example, some who have achieved their goals think that it is due to their hard work, wisdom, skill, education or talent.  They think that God had nothing to do with it.  They might be on a successful track in life, but they do not know that they are spiritually lost.

Another reason that God might be taking us through the wilderness is that it is a perfect place to learn how to depend on Him.

Others are in the wilderness because they disobeyed God’s leading, and now they are in a place where they must seek it.

If your wandering is because of disobedience, the answer is simple: turn toward God, turn toward obedience. 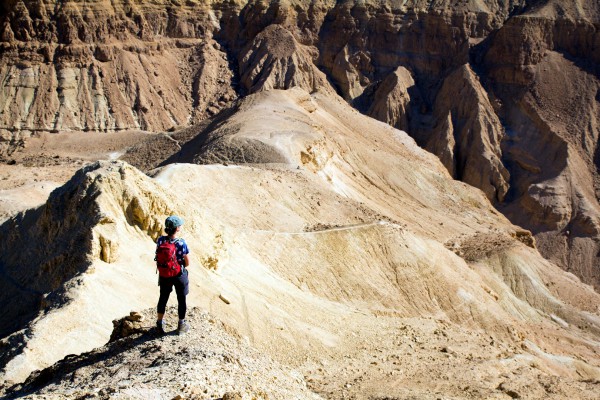 A woman stands on a mountain peak in Israel’s desert.

In the wilderness, we might feel that God is unnecessarily holding back from answering our prayers.

He answers by leading us to the parable of the widow who never gave up seeking justice (Luke 18:1–5).  He seems to be telling us to be persistent.

We might answer God with a bit of His own wisdom by quoting Proverbs 13:12: “Hope deferred makes the heart sick, but a longing fulfilled is a tree of life.”

But God responds, “Be patient.  I am still doing a work in you.”

As the Israelites were led by the cloud during the day and the pillar of fire by night, we must allow God’s Spirit—that still small voice—to lead us through our wilderness toward His goal for our life, His Promised Land. 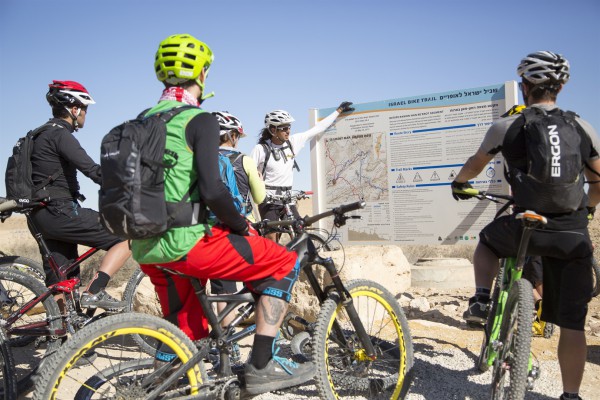 Comfort in the Wilderness

“Therefore I am now going to allure her; I will lead her into the wilderness and speak tenderly to her.”  (Hosea 2:14)

As we celebrate the Passover, we are told in the Haggadah (the Jewish text that sets forth the order of the Passover Seder or ritual meal) to believe that we, too, were freed from Egypt.

The God who performed all those miracles, who led His children through the wilderness, is the same One leading us today.

If God does not bring us on the shortest path to His goals—to the place that He has promised to bring us—then He has His reasons, and it is for our good.

It is our job to keep moving forward on His path, not ours.

So, as you journey, do not be anxious about tomorrow, but engage in what God is doing in your life today.  Yeshua (Jesus) promises: 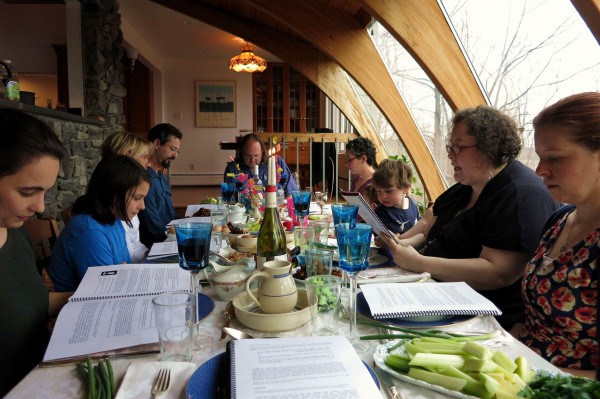 God has in mind His best for us, and we should not lose faith at the sight of obstacles like the Red Sea or the battles we must engage in to reach our destiny.

Do not give up on what God has promised you, even though it seems slow in coming.

And though it may be the long, dry way, don’t cry to God about it—go forward.

Instead, he took them on a route that began a 40-year journey and involved the need for God to perfrom yet another miracle:  the parting of the Red Sea.