Hoshana Rabbah: The Wells of Salvation

Today is Hoshana Rabbah (Great Salvation).  The eight-day festival of Sukkot is almost finished, and since it is a holiday of rejoicing, it closes with three final festive days: Hoshana Rabbah, Shemini Atzeret (Eight Day of Assembly) and Simchat Torah (Joy of the Torah).

Hoshana Rabbah, the seventh day of Sukkot, began last night and, as is customary, many stayed up all night reading the entire book of Deuteronomy and the Book of Psalms. 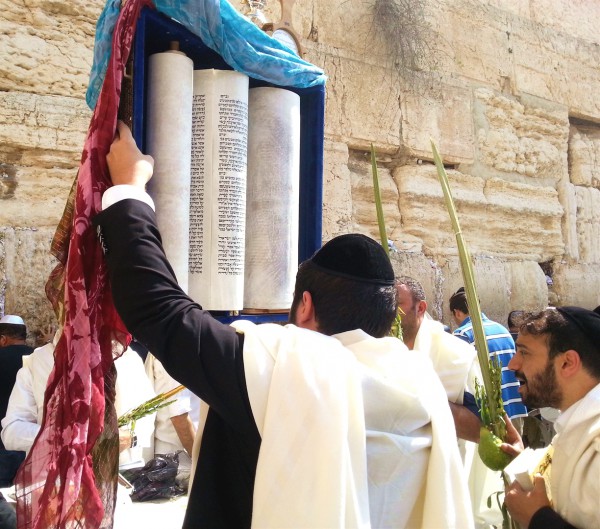 Raising the Torah at the Western Wall in Jerusalem during Sukkot.

Today, Jewish people all over the world are intensely worshiping the Lord their God, since according to tradition, today is the day that the judgment which was sealed on Yom Kippur is “delivered.”

For that reason this day is characterized by prayer, repentance, and praise.

Because this day is the day that judgment is delivered, it is customary to greet one another with Pitka Tova, which means a good note, referring to being sealed in the Book of Life.

In Temple times, on Hoshana Rabbah, the Jewish People cried out “Ana Adonai Hoshia’na,” which means “Save us, Lord!”

This prayer is never uttered in vain: God promises that all who call upon His name will be saved.

“And everyone who calls on the name of the Lord will be saved; for on Mount Zion and in Jerusalem there will be deliverance, as the Lord has said, among the survivors whom the Lord calls.”  (Joel 2:32; see also Romans 10:13) 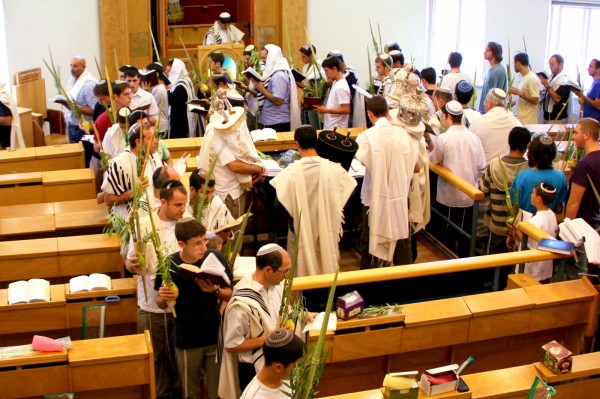 The Torah scrolls are brought to the bema (platform) on Hoshana Rabbah, and a processional of worshipers carrying their lulav and etrogs (citrons) circle the sanctuary seven times, reciting prayers called Hoshanot (plural for “save us”).

“For seven days present food offerings to the Lord, and on the eighth day hold a sacred assembly and present a food offering to the Lord.  It is the closing special assembly; do no regular work.”  (Leviticus 23:36; see also Numbers 29:35)

Rabbinic tradition teaches that on Shemini Atzeret, the world is judged concerning water, fruit and produce, and the amount of rainfall for the coming year is decided.

For that reason, on the eighth day that is set aside by God for a closing assembly, the Jewish people recite special prayers for rain. 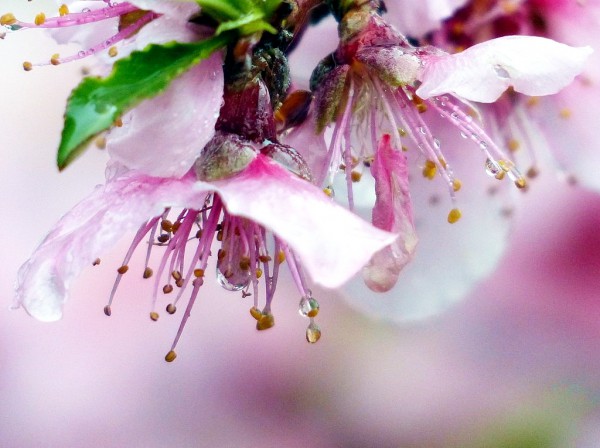 In ancient times, a special water drawing ceremony was performed every night during Sukkot called Simchat Beit HaShoeva (Rejoicing at the House of the Water-Drawing).

This ceremony is thought to have originated during the Second Temple period, when the Cohen HaGadol (High Priest) would draw water from the Pool of Siloam.  He then poured it out upon the altar as a Water Libation (offering).

The people would follow the cohen (priest) to the Pool of Siloam in a joyous processional of singing, dancing and rejoicing, reciting Hallel (praises) from Psalms 113–118 and 120–134, and chanting Isaiah 12:3:

“With joy you will draw water from the wells of salvation [yeshua].” 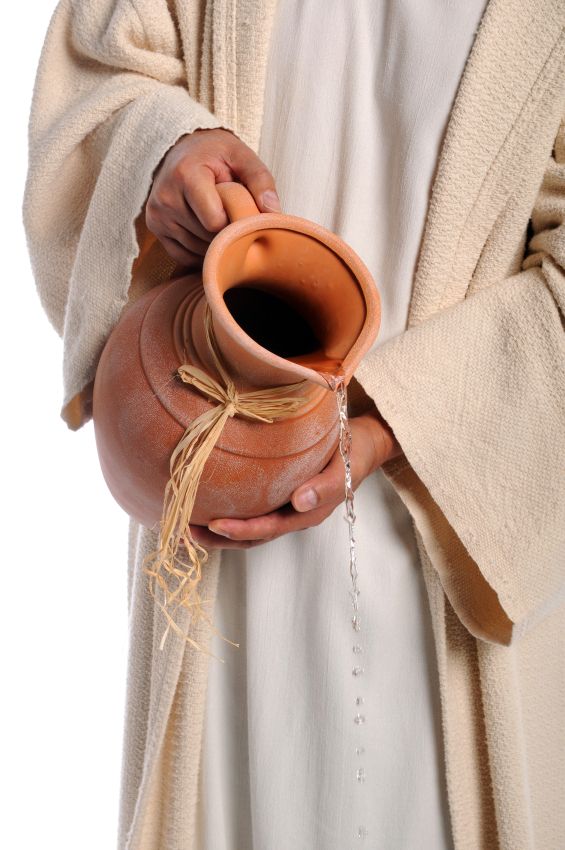 “Let us draw near to God with a sincere heart and with the full assurance that faith brings, having our hearts sprinkled to cleanse us from a guilty conscience and having our bodies washed with pure water.”  (Hebrews 10:22)

Yeshua (Jesus), who understood and answered our heart’s cry for salvation, addressed these themes of salvation and water on the last day of Sukkot when He proclaimed that all who believe in Him will be refreshed with rivers of living water.

“On the last and greatest day of the festival, Yeshua stood and said in a loud voice, ‘Let anyone who is thirsty come to me and drink.  Whoever believes in Me, as the Scripture has said, rivers of living water will flow from within them.'”  (John 7:37–38)

The water He was speaking of was the eternal Spirit of God (John 7:39).

Yeshua was poured out like water, as described in the Messianic Psalm 22:14.  It was only after He poured out His soul to death that God poured out the rain of the Holy Spirit upon the earth (Acts 2:1–4).

Water is a powerful symbol in this hot, dry country of Israel, where it’s easy to become dehydrated if water is not consumed in sufficient quantities.

Sadly, few realize that they are perishing without the water of the Spirit of God.

This final day of Sukkot is the perfect time to consider Yeshua’s invitation to come to Him when we are weary or full of sorrow, and to be refreshed by the Ruach HaKodesh (Holy Spirit).