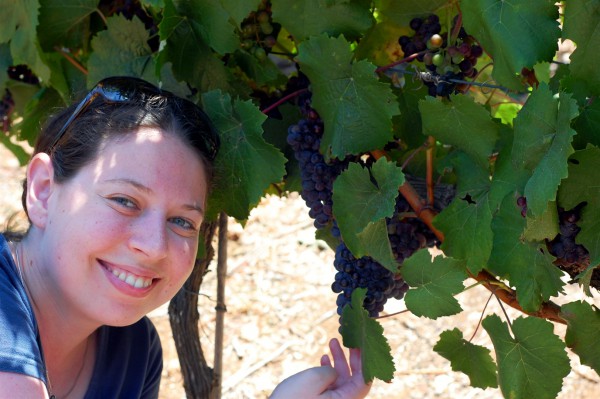 Woman in an Israeli vineyard (photo by Eli Brody)

Today is Tu B’ Av (15th of Av), which is celebrated in modern Israel as Chag HaAhava (חג האהבה‎, Holiday of Love), making it a popular day for weddings.

Jewish sages say that today is second in importance only to Yom Kippur.

Why? It can be said that both days are marked by love and marriage.

In addition to being the holiest day of the year when the high priest makes atonement for the sins of Israel, Yom Kippur is also traditionally the day that Moses received the second set of Commandments or Tablets, which constituted the kiddushin or betrothal in the marriage of God and Israel.

Kiddushin comes from the root K-D-SH, which means sanctified or set apart. It is also the same root for kadosh, which means holy or sacred.

The Lord set Israel apart from all other nations to become sanctified, set apart, and holy.  As such, they were to teach others to be holy as well.

Why is Tu B’Av such an important occasion? There are at least six reasons given by the sages.  Two of them focus on finding love. 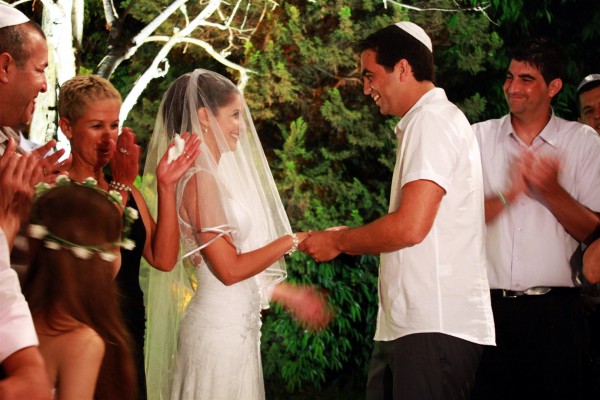 A Jewish couple has an outdoor wedding ceremony in Israel. (Photo by Reut C)

One of the reasons for celebrating this minor holiday as a celebration of love is given by the revered Jewish leader, Simeon ben Gamliel (10 BC–AD 60). 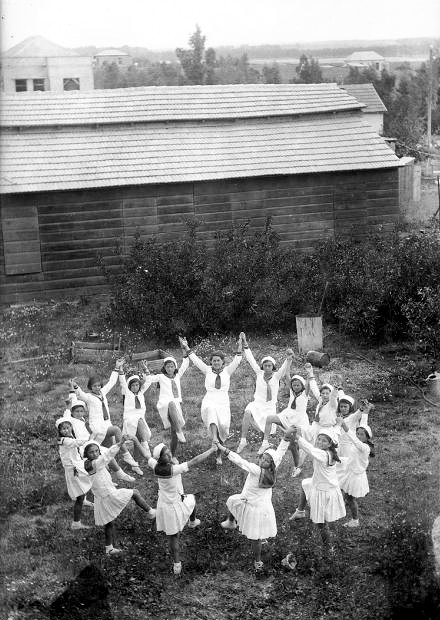 On this day, which also marks the beginning of the grape harvest, it is said that “whoever did not have a wife would go there” to the dancing maidens in the vineyards and would find himself a bride.  (Chabad)

Still another reason for this day’s celebration of love is given by Rabbi Johanan bar Nappaha of the 3rd century who taught that Av 15 marked the end of the prohibition of intermarriage with the tribe of Benjamin as described in Judges 21.

During the prohibition, the men were only allowed to take wives at an annual festival of the Lord at Shiloh (Judges 21:19), grabbing them as they came out to dance in the vineyards.

“When the young women of Shiloh come out to join in the dancing, rush from the vineyards and each of you seize one of them to be your wife. Then return to the land of Benjamin.”  (Judges 21:21)

During Second Temple Times, both Yom Kippur and Tu B’Av were the traditional days for matchmaking young men with the young women of Jerusalem — a redemption of sorts from singlehood into betrothal, from loneliness to the promise of intimate relationship.

“As the bridegroom rejoices over the bride, so your God will rejoice over you.”  (Isaiah 62:5)

Just as Yom Kippur represents the betrothal of God to Israel through the giving of the law a second time, Believers in Yeshua HaMashiach (Jesus the Messiah) understand that “God showed how much He loved us by sending His one and only Son into the world so that we might have eternal life through Him.”  (John 3:16)

Yeshua, the one and only Son of God, is our Bridegroom. 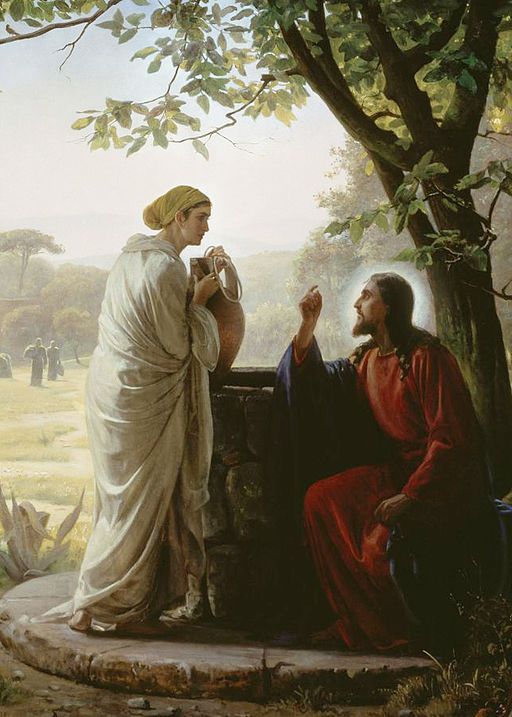 Woman at the Well, by Carl Heinrich Bloch

In ancient Israel, the bride did not choose her bridegroom; and Yeshua says to us, “you did not choose Me, but I chose you and appointed you.”  (John 15:16)

In the ancient betrothal custom, the bridegroom had to negotiate a purchase price with the bride’s father, a kind of dowry (see Exodus 22:17; Hosea 3:2).

And as brides in the Kingdom of God, we’re not cheap.

Our Bridegroom paid the most precious price of all when He became “the Lamb of God who takes away the sins of the world.”  (John 1:29)

As our Yeshua Himself said, “There is no greater love than to lay down one’s life for one’s friends.”  (John 15:13)

His is the greatest of all love, and His love never fails.

Though Yeshua went back to His father for a time, He left us with a gift as bridegrooms often did:  He “set His seal of ownership on us, and put His Spirit [Ruach] in our hearts as a deposit, guaranteeing what is to come.”  (2 Corinthians 1:22)

The Ruach HaKodesh (Holy Spirit) is our betrothal gift from our Bridegroom He comforts us, enlightens us, intercedes for us, and empowers us to grow in spiritual likeness of our Bridegroom and bear His fruit while He is away preparing a place for us.

While we did not choose Yeshua as our Bridegroom, like the bride of ancient days, we have the freedom to accept His offer of betrothal, or not. Once we accept His offer, we have become kiddushin, set apart for Him alone as though we were already married.

Just as we don’t want our spouses or fiancés spending their time, energy, and affections on other love interests, our Bridegroom does not want to see us giving our worship and honor to anyone but Him.

He is jealous for our love.  In fact, expressing our love for our Bridegroom fulfills the greatest of all commandments:

As His bride, what we desire, what we worship, what we think about is now directed toward His desires, His throne, and His Word.

When we love Yeshua in this way, we love our Father in Heaven as well because they are inseparable.  In fact, the test of loving God is accepting the offer of Yeshua’s betrothal (John 5:42–43).

Though we don’t know exactly when, we know that soon He will come back to take us to the place that He has been preparing for us, and our wedding day will be glorious and spectacular:

“’Alleluia! For the Lord God Omnipotent reigns! Let us be glad and rejoice and give Him glory, for the marriage of the Lamb has come, and His wife has made herself ready.’ And to her it was granted to be arrayed in fine linen, clean and bright, for the fine linen is the righteous acts of the saints. … Write: ‘Blessed are those who are called to the marriage supper of the Lamb!’”  (Revelation 19:6–9)