3rd Annual Shabbat Project: 1 Million to “Keep it Together”

“Rainbow Shabbat” (1992) is the concluding image in “The Holocaust Project: From Darkness into Light,” a traveling exhibition that Judy Chicago created in collaboration with her husband, photographer Donald Woodman.  (Photo by Yoel Ben-Avraham)

“The Israelites are to observe the Sabbath, celebrating it for the generations to come as a lasting covenant.  It will be a sign between me and the Israelites forever, for in six days the Lord made the heavens and the earth, and on the seventh day he rested and was refreshed.”  (Exodus 31:16–17)

A history-in-the-making campaign called the Shabbat Project is seeking to build Jewish unity through keeping the Shabbat.

This October 23–24, just two years after 75,000 South African Jews accepted the first Shabbat Project invitation from the country’s chief rabbi and rebbetzin (rabbi’s wife), the movement intends to unite one million Jews from around the globe.

This year, the Shabbat Project (or Shabbos Project as some Jewry say) has also spread to Israel, where both secular and Orthodox youth groups are arranging Shabbat dinners and activities for the wider community.

The city leaders of Safed and Ashkelon in Israel are embracing this means of community building through the globally emphasized Shabbat, and Tel Aviv is planning to go “back to [the] basics” with Friday-night picnics on Rothschild Boulevard.

For 25 hours, from sunset on Friday to the three stars of Saturday night that remove all doubts about whether the day has ended, Sabbath observers will set aside all forms of creative work — as the Lord did in the six days he made the heavens and the earth. 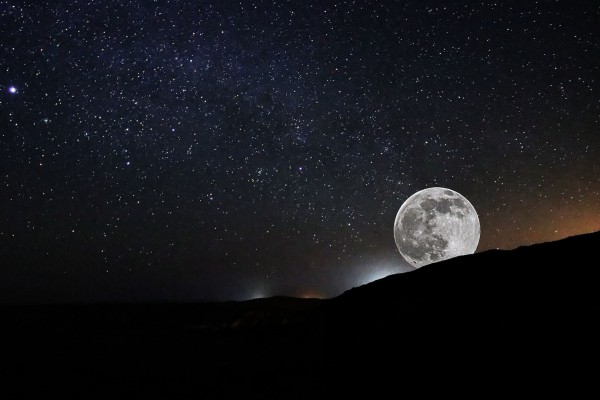 The moon rises in a starry sky over the desert in Israel.  (Photo by Ary in the nature with my canon)

“Hundreds of thousands of Jews.  Hundreds of thousands of challahs, candlesticks, and zemirot (Jewish songs),” writes Jewish News Service (JNS) about this year’s Project, which promises a great feeling of unity for participating countries — including, as in 2014, “Angola, Nigeria, Cambodia, Jamaica, Fiji, Finland, Zambia, the Maldives and Ecuador.”

The project has even seen the long-closed doors of a synagogue opened.

“In Delémont, Switzerland, the last time the old synagogue was used was in 1971.  It was reopened in 2014 to host students from across Switzerland who had gathered for a Shabbat Project weekend,” JNS writes.

A year prior, Chief Rabbi Warren Goldstein and his wife Gina invited every one of South Africa’s Jewry to take part in the communal Sabbath-keeping.  The six weeks of developing a campaign sparked a flame that would light the unreached corners of the community.

While the chief rabbi carried a vision to “target people who had never kept Shabbos,” Gina wondered how people would keep it.

The Unofficial Guide to Keeping It Together emerged as the rebbetzin sought to “demystify” the Sabbath for those interested in taking on the challenge of a full Shabbat day.

“I simply wrote down what I do to make Shabbos — from putting tissues in the bathroom to making tea essence,” the rebbetzin told Rhona Lewis at The Jewish Press.  The Shabbat Project served as a means to help Jews from any background observe the holy day in the same manner as is kept by traditional Jews. 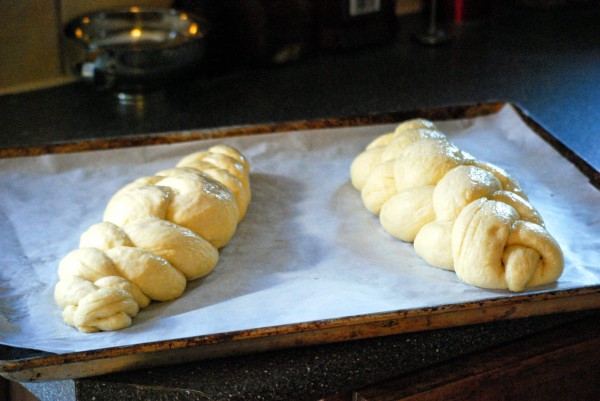 Challah, the traditional braided egg bread eaten on the Shabbat, can be made at home or purchased in a bakery.  (Photo by James)

Only a year after its inauguration, the Shabbat Project reached an estimated 1 million people in 465 cities in 65 countries, transforming the Project into a grassroots campaign and drawing 17.8 million curious sets of eyes to the Project’s website.

“It was a proactive unity, a unity of excitement and love, not a unity borne of persecution and self-defense,” Rebbetzin Gina Goldstein told Lewis.

“In a certain sense there’s a world before the Shabbos Project and [a world] after the Shabbos Project, and it’s not the same world,” the chief rabbi said; and certainly what began in 2013 as a South African vision has taken off across the world.

“True Jewish unity was actually a pipe dream and some kind of utopia that we’d never get to, and yet the Shabbos Project gave us a taste of the possibilities of what could be,” said Chief Rabbi Goldstein.

Participants interviewed in 2014 called the communal Shabbat and the excitement that it drew “incredibly special,” “overwhelming” and “mind-blowing.”

“We are literally writing the history books as we speak, uniting about one idea — Shabbat,” said a Shabbat Project enthusiast in 2014. 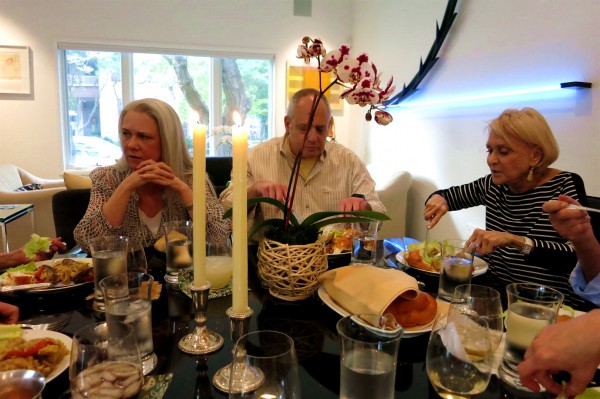 “The essence of the Shabbos Project is about sharing the gift of Shabbat,” writes Jewish Link of New Jersey.  “The observant world has something so special; a time to rejuvenate physically, emotionally and spiritually and to connect to our families, fellow Jews and to G-d. … The power of inviting a fellow Jew into one’s home to actually see and get a taste of Shabbat is so incredibly powerful.”

Whether in areas largely populated by Jews, where large halls or open streets and yards are separated for the Shabbat Project meals, or in private homes for those too far away to walk, the Jewish notion of connection is deeply felt.

A French participant confirms, “It was incredible to see the whole Jewish world coming together in happiness and not through suffering.”

For previous participants, the rewards of the challenge have outshone the convenience of using electronics, driving places on the Shabbat and heating food in the microwave oven.

“It took me 45 minutes to an hour to walk home with my family on that night, and it was divine — the talking, the chatting, the connection that you have and the communication with your family with no phones, nothing digital — just yourselves and your chitchat,” said a South African woman describing her Friday night journey home. 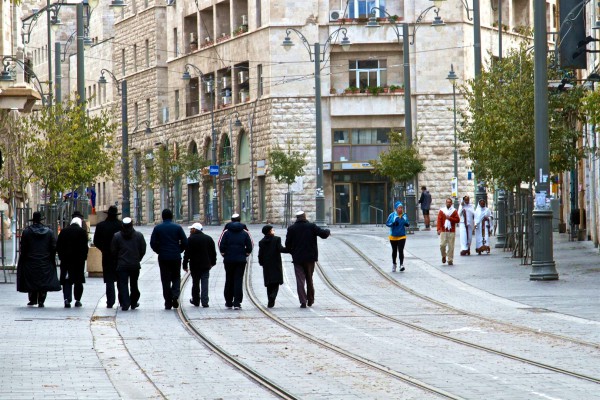 Jewish men and women stroll down Jaffa Road in Jerusalem on the Shabbat.  (Photo by Nick Thompson)

Prior to the shomer-Shabbat (Sabbath-keeping) challenge, social media stirred up further excitement for the Project by adding a “mega challah bake,” geared toward the wives, mothers and daughters.

“I baked my challahs with my mom on Friday afternoon, and we put them in the oven, and you could just smell Shabbos coming in, and it was such a special feeling,” said a participant about last year’s celebration.  (2014 Video: “Together Again”)

“The challah-bake created awareness for the Shabbos Project and added so much excitement,” a second participant said.

“There was a kind of excitement in the community; everything was a little bit different than a normal Shabbat,” said another 2014 participant.

A fourth added: “It was amazing to show somebody the experience of Shabbat and the beauty that comes with just being together.”