Conference of European Rabbis Meet With Pope at the Vatican

“Blessed are those who have regard for the weak; the Lord delivers them in times of trouble.  The Lord protects and preserves them—they are counted among the blessed in the land—He does not give them over to the desire of their foes.'” (Psalm 41:1–2)

On Monday, in a historic meeting, representatives from the Conference of European Rabbis (CER), which represents 700 chief rabbis throughout Europe, met with the Pope at the Vatican to discuss growing anti-Semitism in Europe, as well as recent attacks on Christians by Islamic radicals. 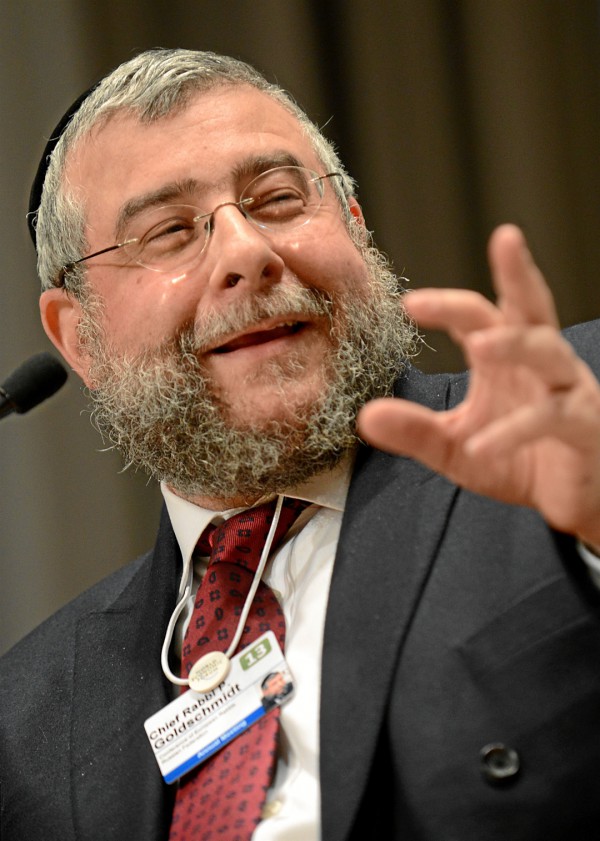 Pinchas Goldschmidt, the president of the Conference of European Rabbis and Chief Rabbi of Moscow (World Economic Forum photo by Michael Wuertenberg)

During the meeting, the Pope noted the troubling anti-Semitic trends in Europe today, saying that the memory of the great tragedy of the Holocaust remains a warning for present and future generations.

The president of the CER and Chief Rabbi of Moscow, Pinchas Goldschmidt, told the Pope that the attacks of radical Muslim immigrants and the secular backlash of many European political leaders have left Jewish Europeans feeling trapped.

“Every Christian must be firm in deploring all forms of anti-Semitism, and in showing their solidarity with the Jewish people,” the pope said.  “Anti-Semitic trends in Europe these days are troubling, as are certain acts of hatred and violence.”

“Acts of hatred and violence against Christians and the faithful of other religions must likewise be condemned everywhere,” he added. 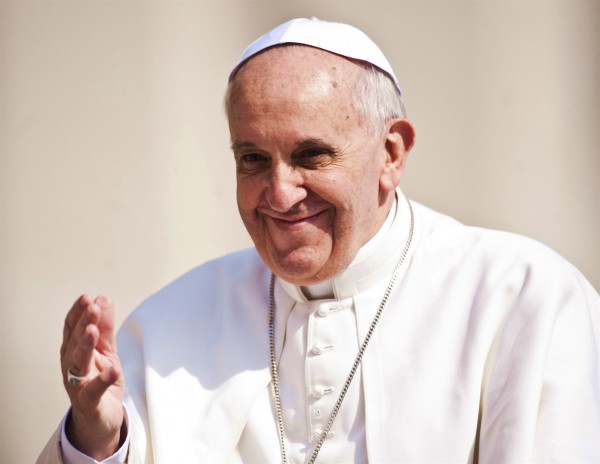 “An era of constructive dialogue between the Vatican and Europe has arrived,” Goldschmidt told Russia’s Interfax news agency.  “We are allies today and we deeply respect Pope Francis as a person who has played an enormous role in promoting the development of interfaith dialogue and in establishing peaceful relations between nations and religions.”

“We are deeply concerned about the fate of European Jews, many of whom are leaving their homes under this threat,” he said.

Interfaith dialogue is “particularly relevant in the wake of recent attacks on the Jewish communities of Europe and the Catholic communities in Africa and the Middle East,” Goldschmidt told JTA.

The Kanto Center for the Study of Contemporary European Jewry at Tel Aviv University detailed mid-April a 40 percent increase in anti-Semitic acts in Europe since last year.  (MFA)

The hike in anti-Semitism includes the more-than-50 percent of hate crimes in France targeting Jews, a community that comprises only one percent of the country’s population.

There has also been a surge in persecution of Christians.  As recently as April 19, members of the Islamic State posted a video showing the shooting and beheading of 30 Ethiopian Christians in Libya.  (Haaretz)

In the video, the militants called the Christians “crusaders” as well as “worshippers of the cross belonging to the hostile Ethiopian church.”  (Reuters)

In the week prior, of 10,000 illegal migrants who arrived in Italy from Libya, one group of Muslims from Mali, Senegal and the Ivory Coast reportedly threw 12 Christians overboard.  All 12 died.  (JPost) 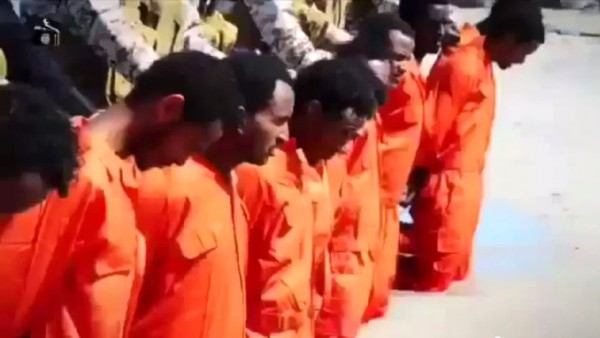 ISIS murders Ethiopian Christians for no other reason than that they are Christians.  (YouTube capture)

Meanwhile , the chief rabbi of France, Haim Korsia, also met privately with Pope Francis after the CER discussion, having organized the meeting in December in light of the Nostra Aetate anniversary this October, the turning point in relations between Jews and Catholics.

Korsia last year compared the Middle East’s persecution of Christians to the persecution of Jews during the time of the Holocaust, stating, “As our parents wore the yellow star, Christians are made to wear the scarlet letter.”  (JTA)

In October, the Catholic Church will mark the 50th year since issuing its declaration “Nostra Aetate” (Latin for “In Our Time”) that rebukes a history of hatred against the Jews—a hatred fueled by blaming them “for being faithless” and “for killing Jesus.”

The declaration, approved by a vote of 2,221 to 88 bishops, cites Scripture alone as the basis for overturning those false accusations of 2,000 years.  It states, “The Jews should not be presented as rejected or accursed by God, as if this followed from the Holy Scriptures.”

Nostra Aetate preaches a “rejection of persecution against any man,” the Vatican’s primary topic of discussion on Monday.