“But our citizenship is in heaven.  And we eagerly await a Savior from there, the Lord Yeshua the Messiah, who, by the power that enables him to bring everything under his control, will transform our lowly bodies so that they will be like his glorious body.”  (Philippians 3:20–21)

Egypt has revoked the citizenship of once-dual Israeli-Egyptian Dina Ovadia, who fled Egypt 10 years ago after learning her family is Jewish. 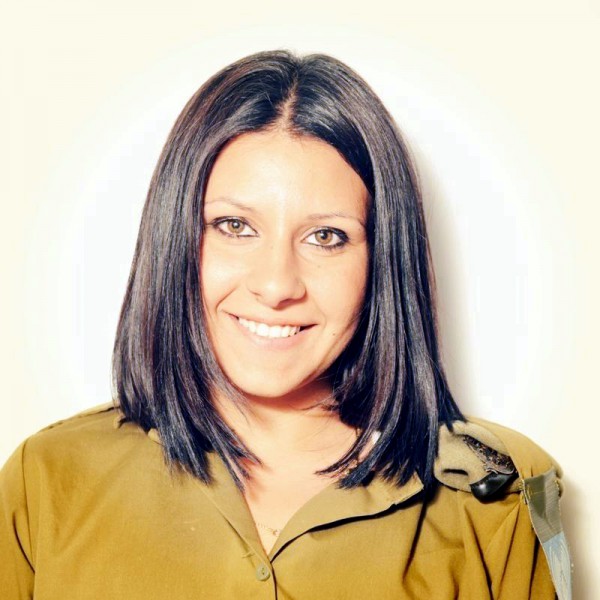 In Moussa’s announcement, he called Israel “the country of the Zionist murderers.”  He said of Ovadia and Israel, “This is the first time in history that an Egyptian woman serves in the occupation army.”

Moussa was referring to Ovadia’s service in the Israel Defense Forces (IDF), which concluded more than a year ago.  He did not publicly note that Ovadia or her family are Jewish, a fact Ovadia only discovered when she was 15.

That day, according to Ovadia’s account, five bearded Salafist Muslims in robes, bearing clubs and rifles, broke through the electric iron gate and into the family home, throwing Ovadia’s mother down the hall where “she slammed into the pillars and she fainted.”

The Salafists threatened to kidnap the children if they went to school and demanded that the Abdullahs leave Egypt, declaring that they were “A’lit el’Yahud,” Arabic for “a Jewish family.”  They also shot toward the boys’ heads to scare them, and for a month afterward drove around the house, shooting into the air.

“I didn’t understand why they were saying that we were a Jewish family.  Anyone who was different, the stranger, was always called ‘the Jew.’  I was certain that they were mistaken,” Ovadia told the IDF in 2013.

Finally, Ovadia’s grandfather told his family “why he kept us from other religions and told us that we were Jewish, and that we had little time to leave Egypt.  He told us we were going to Israel.” 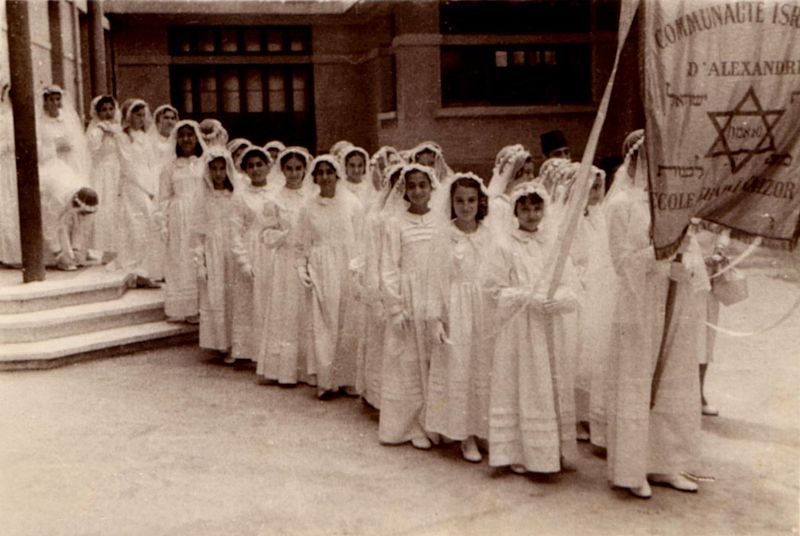 Jewish girls in Alexandria, Egypt have their Bat Mitzvah.  This photo was taken prior to 1967.

After the Salafists’ threats, Ovadia’s friends rejected even a visit from her.   She knew they had been brainwashed to hate Jews from their childhood.  In her Koran class in school, Ovadia had studied verses saying you need to kill Jews, and remembers watching TV programs during the Second Intifada that demonized Israelis.

“That really hit me.  I said, I know that the Jews are bad, but look; I’m not bad.  By this time I had totally broken down.  Right then I realized that this wasn’t the right place for me.  They couldn’t accept me for who I was,” Ovadia said.  “That month even the school didn’t call.”  (IDF Blog)

Today, Ovadia studies international relations at Hebrew University in Jerusalem, after being rewarded for serving as an exceptional soldier in the IDF Spokesman’s Unit.

Ovadia says Egypt’s rejection of her as a citizen is “shocking and a low blow, but I do not want to stoop to their level.”

“As far as I’m concerned, they should know I’m first and foremost a proud Jew and Israeli, and only then an Egyptian.  Every additional word I say will be twisted in Egypt and used against me,” she said.

In 2013, Ovadia shared that her “biggest dream is to visit Egypt wearing uniforms, [to] tell them my truth about Israel and declare:  ‘I’m Jewish, and I’m proud of it.’” (Ynet)

In the early twentieth century, Egypt had a Jewish population of 80,000.  As of 2014, Al Jazeera reported less than 40 Egyptian Jews remain in Egypt.