“Then the Jews who lived near them came and told us ten times over, ‘Wherever you turn, they will attack us.’  Therefore I stationed some of the people behind the lowest points of the wall at the exposed places, posting them by families, with their swords, spears and bows. … When our enemies heard that we were aware of their plot and that God had frustrated it, we all returned to the wall, each to our own work.”  (Nehemiah 4:12–15)

At the end of December, a 25-man Hamas terror cell based in Abu Dis near Jerusalem was caught planning mass-casualty bombings and suicide bombings against Israel, with alleged plans to kill Israeli Prime Minister Benjamin Netanyahu.

According to the Shin Bet (Israel Security Agency), who made the arrests,most of the terror cell’s members were students at Al-Quds University, where a controversial “martyr’s tree” was erected before Christmas to honor Muslims who have died committing acts of terror.

The cell leader, 24-year-old Ahmed Jamal Mousa Azam from the Kalkilya area, along with 22-year-old Jerusalem resident Hazem Ziad Amran Sandouqa and 19-year-old Israeli Negev Bedouin Fahdi Abu Kian, planned to place a bomb under the stage and possibly blow up Jerusalem’s multi-purpose Payis Arena during a speech by the prime minister.  (Times of Israel)

If successful, such a tragic strike would have harmed as many as 15,654 people, the capacity of the Payis Arena during concerts and similar events. 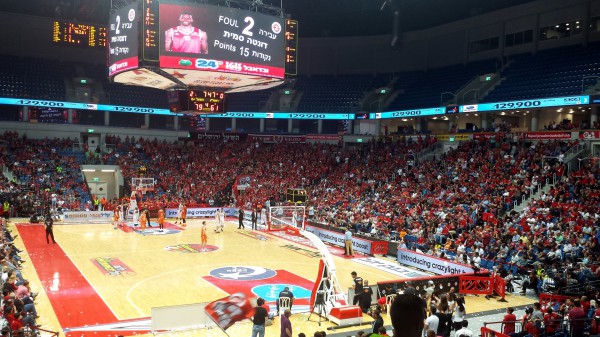 Azam was recruited by Hamas, the ruling terror organization in Gaza, “to set up a military infrastructure that would carry out bombing attacks against Israeli targets,” the Shin Bet said in a statement.

Azam “was in continuous contact with his operators in the Gaza Strip, who trained him to be an explosives expert for the purpose of manufacturing explosive vests and bombs,” the agency said, describing raw materials and an explosives lab found in Azam’s apartment that was “ready to manufacture explosives of different types in significant quantities.”

“In accordance with instructions passed on to Azam, he recruited a number of additional operatives studying with him at Al-Quds University in order to purchase material to manufacture explosives, rent apartments, recruit suicide bombers and get them to infiltrate Israel,” the statement said.

This is not the only conspiracy to commit violence that Israel thwarted recently.  Two men who bear the infamous Qawasmeh (Kawasme) family name were arrested for being leaders of two other terror cells that were allegedly planning a highway shooting, kidnapping, and murder.

The Hebron-based Qawasmeh family is a virulent Hamas force, which bore the likes of Hassam Ali Qawasmeh, who orchestrated the June 2014 kidnapping and murder of Israeli teenagers Eyal Yifrach, Naftali Fraenkel, and Gil-ad Shaer. 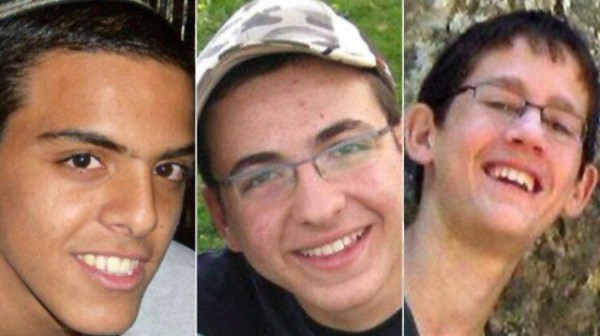 Eyal Yifrach, Gil-ad Shaer, and Naftali Fraenkel were kidnapped and killed while on their way home from their yeshiva (Orthodox Jewish high school) for no other reason than their being Jewish.

Hassam’s brother, 38-year-old Mehmad (Muhammad) Ali Qawasmeh and his team were arrested this past November for planning to riddle the Route 35 highway with gunfire.  The Hebron-based terror cell allegedly bought a handgun and an M-16 for their highway hit, while Qawasmeh and a second cell leader drove the route numerous times to s eek out the best vantage point for their strike.

Muhammad served as leader and recruiter for the core members of the cell, and also “recruited logistical assistants to the cell, who were supposed to acquire a stolen vehicle to be used in the attack and assist the cell’s members after the attack, when they would become wanted men by the security forces.

Another terror cell, nabbed in a December 15 joint operation by the IDF, Shin Bet, and Israel Police, was headed by a third relative, 36-year-old Maher Qawasmeh.

Security forces found the six suspects working to duplicate Hassam Ali Qawasmeh’s kidnapping and murder of Yifrach, Fraenkel and Shaer.  They intended to trade the bodies for Palestinian Authority-origin prisoners.

“The infrastructure was at an advanced stage of planning and [had begun] preparing a hiding place for the bodies of the kidnapped victims,” the Shin Bet said. 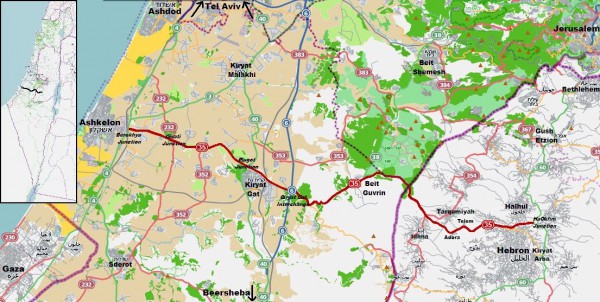 A map of Route 35, which Qawasme and Hashlamoun had been observing in order to find an optimal location for the shooting.  (English labels and additions by Atefrat)

The terrorists had also scouted caves and made pits to hide the body of the kidnap victim in the Hebron area.  “They had planned to use two vehicles.  The kidnap vehicle was to have been driven by Jerusalem resident [and fluent Hebrew speaker] Amar Rajbi, 22, also from the Old City,” the Shin Bet said.

Three of the cell’s members, including Maher Qawasmeh, were from Hebron, while the other three were from Jerusalem.  Security forces also named Ziad Abu Haduan, a 20-year-old resident of Jerusalem’s Old City, as a cell leader.

Abu Haduan “immediately returned” to terrorist activity after having finished a prison sentence in October for violence on the Temple Mount, while Maher Quwasmeh had served two years in an Israeli prison for plotting terrorist attacks on behalf of Hamas.  (JPost)

Maher Quwasmeh taught the Jerusalem trio how to build bombs, while they in turn looked for firearms for potential shooting attacks.

The east-west Route 35 travels from just north of Hebron in the Judean territory, over the 1949 Armistice Demarcation Line and westward, passing north of Kiryat Gat and linking with the coastal city of Ashkelon.

While the Shin Bet did not specify how many were arrested in the sting, Qawasmeh’s team was reported to include four Hamas members.

“The thwarting of this terror cell, which had a high level of readiness to carry out an attack, exposes once again the unending attempts by Hamas members in Hebron to carry out severe acts of terrorism,” the Shin Bet said.