“This is what Cyrus king of Persia says: ‘The LORD, the God of heaven, has given me all the kingdoms of the earth and He has appointed me to build a temple for Him at Jerusalem in Judah.  Anyone of His people among you may go up to Jerusalem in Judah and build the temple of the LORD.’”  (Ezra 1:2–3)

Rabbi Eliezer Melamed, dean of the Har Bracha Yeshiva and Rabbi of the Samaria town of Har Bracha, created quite a stir recently among the Orthodox Zionist community when he extolled the importance of the support of Christian Zionists for Israel. 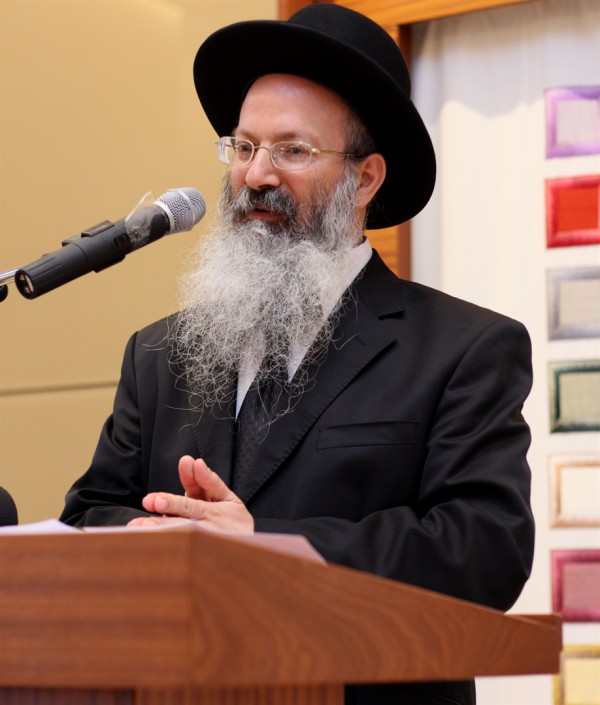 “It appears that we can say that the American Evangelists are the most important and meaningful group supporting Israel nowadays.  These are about 70 million citizens of the largest superpower in the world, who believe that the words of the Bible hold true today, and that the nation of Israel needs to return to its land and follow its Torah and Mitzvot.  Their moral stature is higher and more exalted than that of Coresh [Persian King Cyrus], who assisted the Return to Zion,” Melamed said.

Melamed made the comments in his column in Besheva Magazine, an influential magazine of Israel’s Zionist Orthodox community.

In that column, Melamed challenged erroneous claims that the financial donations of Christian Zionists, specifically NIS 36 million (about $10.5 million) to the Ministry of Education’s NIS 260 million fund for operating Israeli summer camps come with strings attached, mainly the ability to proselytize Jewish children.

“It is hard to understand where such a libelous claim sprang from,” the rabbi writes.

“As for the claim that this contribution could cause the Jewish masses in Israel to view Evangelists—who are Christians who love Israel—favorably, there is no fault in this, because they deserve recognition for their support for us.  We must battle missionaries, not moral Christians who respect our religion and support us,” he added. 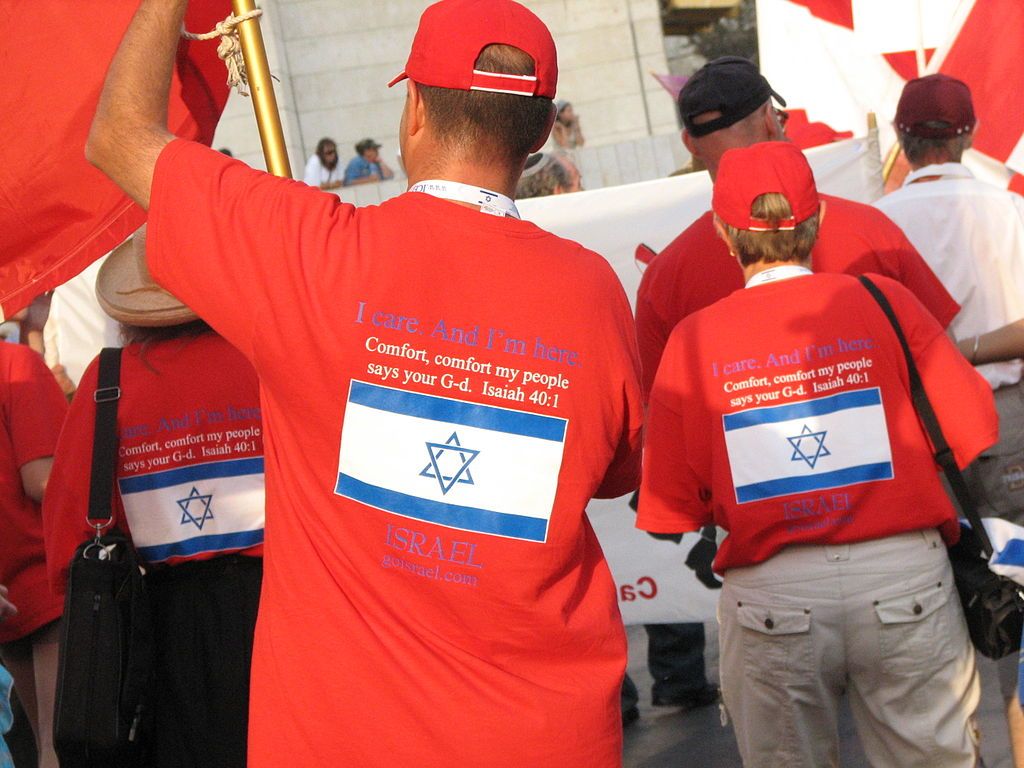 But others, such as the blog writers at Jewish Israel warn that Christian support for Judaism has a long history that has often turned to anti-Semitism and that Christian outreaches can quickly turn into “an aggressive conversionary agenda.”

Melamed responded to these ideas in a column this June.

He acknowledged the historical problem of Replacement Theology that has plagued the Church, which is the belief that God has rejected Israel, giving His promises to the Church instead, as well as the belief that the Torah is no longer applicable.  These unbiblical beliefs have fueled much Christian hatred of the Jews for nearly 2,000 years.  Yet, these issues may be resolving themselves among this new generation of evangelicals.

Melamed wrote that “when Christians return to believe that [the children of] Israel are the Chosen People and all the words of the Torah remain firm and binding, and they pray for Israel’s redemption as the word of God through His prophets, and they even assist in the in-gathering of the exiles and the building of the Land—the serious allegations against such Christians are annulled.  They deserve to be praised for their fine deeds and good thoughts about Israel.” 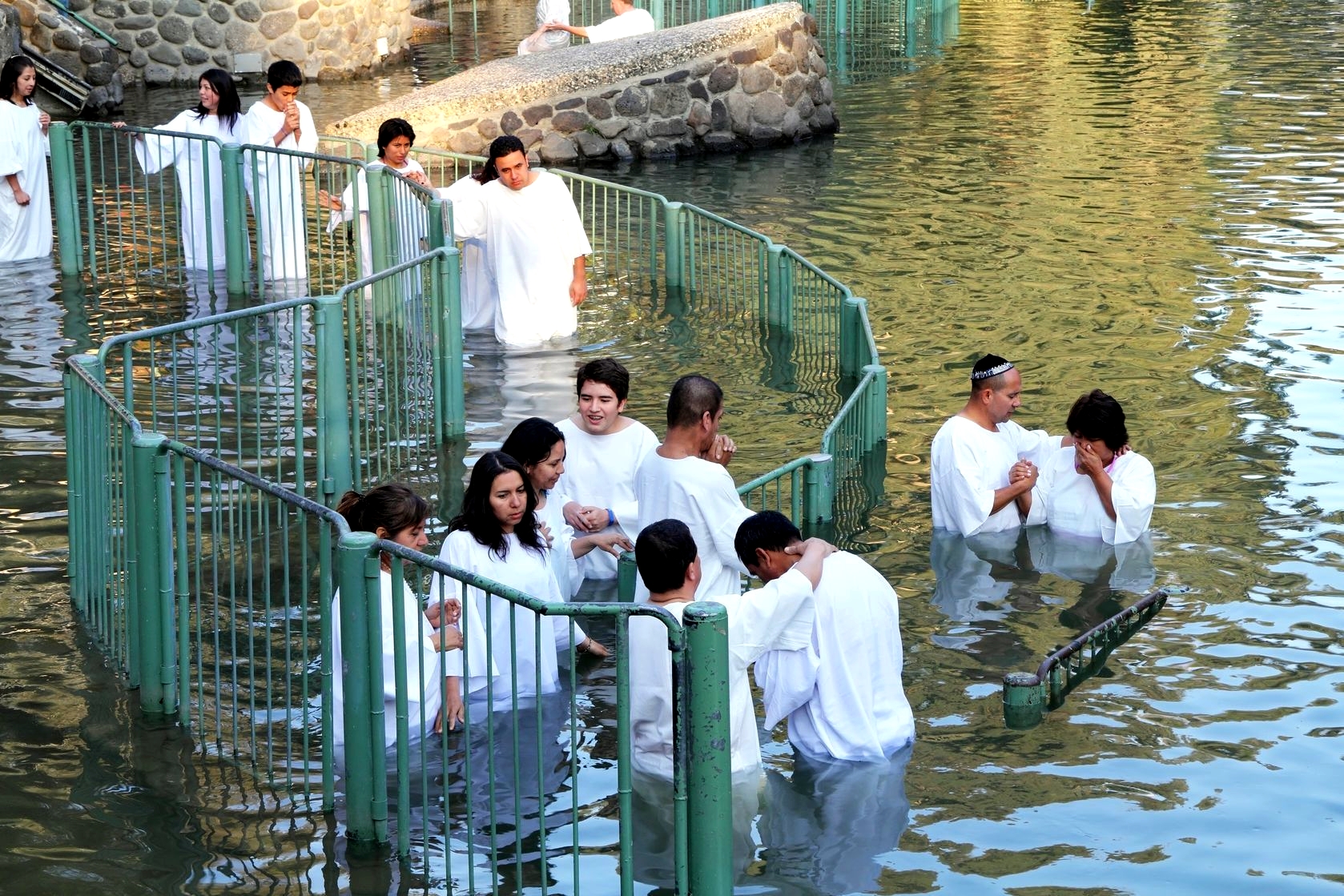 Christian pilgrims gather at the Yardenit on the Jordan River to be baptized, a Christian rite that originates in the Jewish mikvah or Biblical ritual cleansing.

Melamed is not the only Israeli who recognizes the Jewish roots of Christianity.

Recently, Professor Eyal Regev, the head of the Land of Israel Studies and Archaeology Department at Bar-Ilan University, emphasized the Jewish nature of the writings throughout the Brit Chadashah (New Covenant).

“For two generations, a growing number of researchers into early Christianity and the New Testament have acknowledged that Jesus, Paul, and Jesus’ disciples were Jews—not only by birth, but in their worldview, their commitment to Jewish ideas, and their ties to other Jews who were not Christians.  Jesus himself read a Torah portion from the Book of Isaiah in synagogue, instructed the leper to be purified by a Temple priest after healing him, and celebrated a Passover Seder in Jerusalem at the Last Supper,” he explained.  (Israel HaYom)

“The New Testament writings, as bizarre as they might appear to a Jew who does not believe in Jesus, are Jewish compositions.  Anyone researching early Christianity today understands that it cannot be understood without the Judaism of the late Second Temple era, the Qumran scrolls, and even the literature of the Jewish sages.”

Regev also welcomed the “proliferation of Christians’ recognition of their debt to their Jewish roots,” a fact that he attributes to the undeniable faithfulness of God to His covenant with the Jewish People.

“One of the reasons why Christians have started to appreciate Jews seems to be the blossoming of the state of Israel.  Not only evangelicals, but also many ordinary Christians are accepting that the resurrection of the Jewish people in their own nation is not a matter of chance.  We appear to be witnessing an official recognition that Judaism and Jews have not only deep roots, but also a present and a future,” he said.

“He remembers His covenant forever, the promise He made, for a thousand generations, the covenant He made with Abraham, the oath He swore to Isaac.  He confirmed it to Jacob as a decree, to Israel as an everlasting covenant: ‘To you I will give the land of Canaan as the portion you will inherit.'”  (Psalm 105:8–11)