“Nation will rise against nation, and kingdom against kingdom.  There will be earthquakes in various places, and famines.  These are the beginning of birth pains.”  (Mark 13:8)

An earthquake measuring 5.2 on the Richter scale hit southern Israel on Saturday.

“There were four seconds of shaking.  The furniture shook and the cupboards moved.  We ran outside.  You could feel the shaking in the whole city.  On lower floors, too,” Eilat resident Roni told YNet.

Another resident of Eilat, Yonatan Barnea, reported that everyone in the city left their houses and everyone felt the shaking.

“The entire house shook,” Elad told Channel 2 news.  “We were sitting at home and suddenly felt everything shaking.” 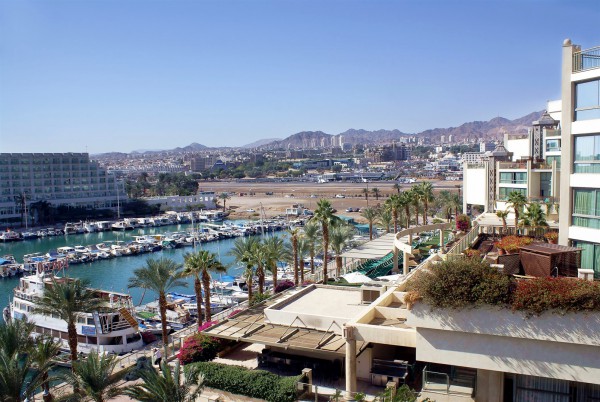 While earthquakes are not uncommon in Israel, they are most often experienced in the north or around Jerusalem.  Earthquakes in the south of the country are more unusual.

“We are accustomed to security related events in the south, but an earthquake?  I don’t remember such an event,” Elad said.  (Jerusalem Online)

This map of the Dead Sea Transform, which is a part of the East African Rift, shows the individual faults.  Yellow arrows and numbers show the direction and amount of movement of the Arabian Plate with respect to the African Plate in mm per year.  (Map by Mike Norton)

The quake’s epicenter was located in the northern Sinai, about 50 miles south of Eilat and 4 kilometers (2.5 miles) southeast of the beach-side town of Nuweiba.  (Times of Israel)

Jerusalem and the Gaza Strip were also shaken.

Buildings reportedly also shook in Cairo, 200 miles away from the epicenter.

The tremors whipped up dust storms near the Red Sea and strong winds whipped sand into the air in Cairo forcing residents to remain indoors.  (JP)

In May of last year, a 4.1 magnitude quake hit in the south and was felt throughout much of the country.

In October, five smaller tremblers centering around the Upper Galilee region caused enough concern that the country’s earthquake preparedness was updated and earthquake drills were held in Israeli schools.

The Syrian-African rift responsible for the quake runs the length of the border separating Israel and Jordan.  This rift forms a section of the Great Rift Valley (a tear in the earth similar to a fault) that extends from Northern Syria to Mozambique.