Would Hillary Clinton Usher in World War III or the War of Gog/Magog?

Russia’s SS-18 (dubbed “Satan” by NATO) is the precursor to the RS-28 (Satan 2) – Russia’s NEW nuclear missile. Two thousand times more powerful than the nuclear bomb dropped on Hiroshima, the RS-28 can wipe out a land mass the size of Texas or France. (Photo source: wikicommons)

Since the final Blood Moon Tetrad during Sukkot of 2015, the revived Russian superpower has been bombing President Assad’s rebels and ISIS insurgents in Syria, just across Israel’s northern border. This could lead to the War of Gog/Magog, especially now that Russia and Turkey have renewed their friendship.

As the US enters election day, many are questioning: who will be a better friend to Israel—Donald Trump or Hillary Clinton?

Both Trump and Clinton’s children have married Jews and both have an understanding of the Jewish people and the tie to their Biblical Homeland, the Holy Land. 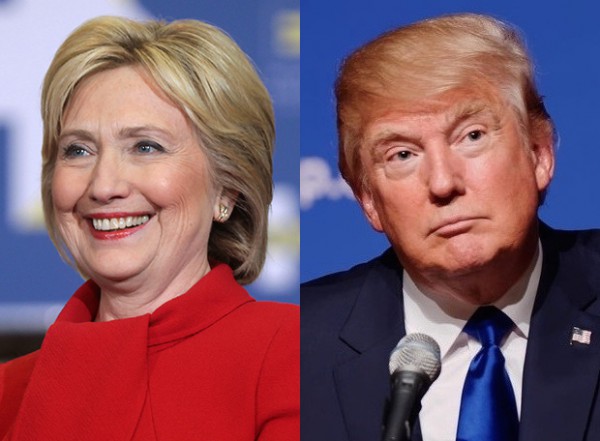 Both candidates state that they support Israel, though Hillary backed the Iran Nuclear deal.

Clinton’s vice-president pick, Senator Tim Kaine, boycotted Israeli Prime Minister Netanyahu’s speech to the US Congress in March, 2015. He also voted for the Iran nuclear deal, saying in September 2015 that “it achieved a dramatic improvement over the status quo that will improve global security for at least 15 years, and likely longer.”

Donald Trump’s VP running mate, Governor Mike Pence, said during a trade mission to Israel in December 2014, “When it comes to the United States of America, if the world knows nothing else, let it know this: America stands with Israel.” 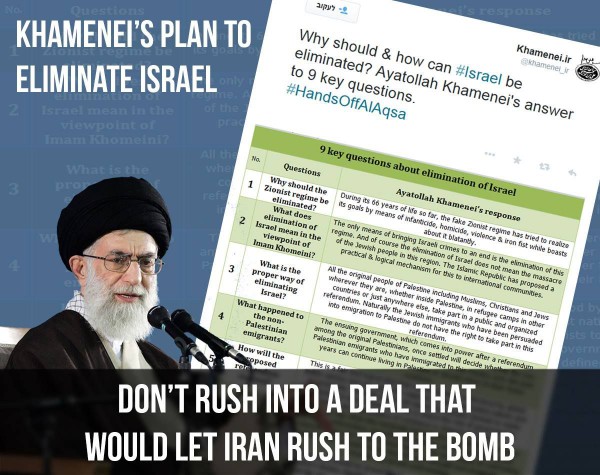 The Supreme Leader of Iran in November, 2014 released a nine-point plan to eliminate Israel. Iran is one of the nations mentioned in Ezekiel 38 that comes against Israel in the War of Gog/Magog which most likely is led by Russia. (Photo: PMO)

But is God’s plan that the better friend to Israel become the next president of the United States?

Daily, the media is publishing Russia’s aggression against the West.  The situation in Syria is at a boiling point with both the US trying to depose Assad and Russia trying to protect him.

Hillary Clinton has stated that as president, she will enforce a no-fly zone in Syria, which would most likely force Russia into a war with the US within Syria.  Would such a war be contained in Syria or would it trigger World War III or maybe even the War of Gog/Magog?

Two weeks ago, Russia tested its 100-ton thermonuclear Satan 2 missile (named so by NATO), just days after announcing permanent status of its airbase in Syria.

Russia is here to stay in the region, and rabbis here in Israel are sounding the shofar that end-time prophecies in Isaiah and Ezekiel’s 38’s Russian-led invasion into Israel is on the horizon.

What part would President Hillary Clinton play in fulfilling these prophecies? 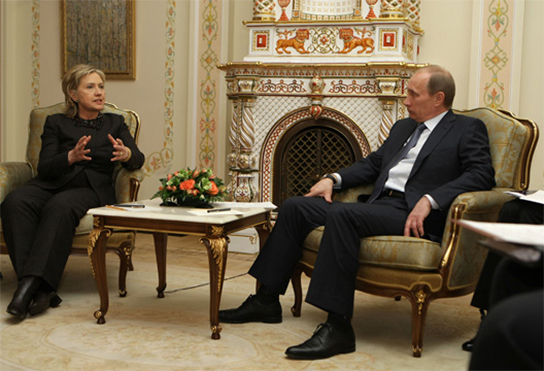 Clinton’s global policies could easily set the stage for what we believe will come first in end-time events: Isaiah’s prophecy against Syria’s capital, Damascus:

“See, Damascus will no longer be a city but will become a heap of ruins. The cities of Aroer will be deserted and left to flocks, which will lie down, with no one to make them afraid.

“The fortified city will disappear from Ephraim, and royal power from Damascus; the remnant of Aram will be like the glory of the Israelites,” declares the Lord Almighty.  “In that day the glory of Jacob will fade; the fat of his body will waste away.”  (Isaiah 17:1–4)

Some say this prophecy was fulfilled in 732 BC.  At that time, the Assyrians utterly defeated Damascus and deported its people.  But the city revived, and over the last 2,700 years has been conquered and reoccupied many times—until Syria declared independence in 1946 and made Damascus its capital, again.

So what could cause Damascus today to become a heap of ruins?

With Russia protecting it, not much. But, as president, Clinton intends to declare a no-fly zone (NFZ) over Syria.  That sounds like double protection for Damascus, until we look at what an NFZ really means. 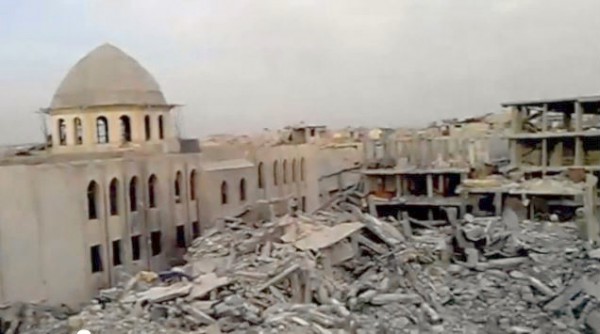 One neighborhood at a time, Damascus is becoming a heap of rubble.  (YouTube capture)

A no-fly zone requires dismantling Syria’s anti-missile defense systems, some of which are strategically protecting Syria’s stockpiles of chemical weapons and ammunition reserves under Damascus and around Syria.

In 2012, General Martin Dempsey, the former Chairman of the Joint Chiefs of Staff, estimated that 70,000 US troops would be needed to “dismantle Syria’s sophisticated antiaircraft system and then impose a 24-hour watch over the country.”  (New York Times)

That was before Russia came into town.

General Dunford, current Chairman of the Joint Chiefs of Staff, testified in September to a Senate Armed Services Committe that in order to make a no-fly zone a reality today “for all of the airspace in Syria, it would require war against Syria and Russia.  That’s a pretty fundamental decision that certainly I’m not going to make,” he said.  (Global Research)

Under Clinton’s no-fly zone, we know that Russia will show its strength and continue flights in Syria.  Would President Clinton shoot down a Russian jet, initiating a war?  In her third presidential debate, she refused to directly answer this question.

We can see in such a scenario that Damascus would be entirely vulnerable and become a heap of rubble, just as Isaiah prophesied.

All of this is setting the stage for the War of Gog/Magog described in Ezekiel 38–39.  With Israel’s new discoveries of offshore oil, she is certainly ripe for looting by a coalition led by Russia, with the help of Iran, as Ezekiel describes:

“On that day thoughts will come into your mind and you will devise an evil scheme. You will say, ‘I will invade a land of unwalled villages; I will attack a peaceful and unsuspecting people—all of them living without walls and without gates and bars. I will plunder and loot and turn my hand against the resettled ruins and the people gathered from the nations, rich in livestock and goods, living at the center of the land.”  (Ezekiel 38:10–12) 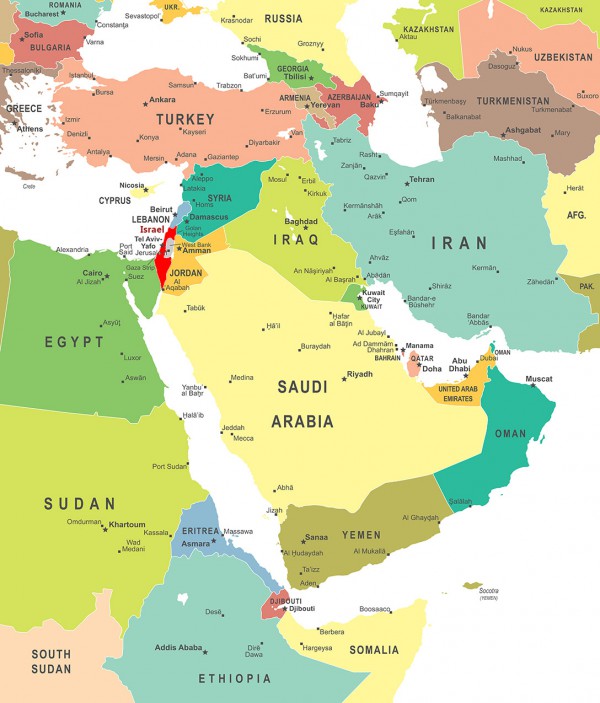 Ezekiel 38:3–6 identifies the nations that will form the coalition against Israel: Gog (Rosh in some translations), who many believe is from modern Russia. Magog, Meshek, Tubal, Gomer, and Beth Togarmah are possibly all within modern Turkey or vicinity. Persia is modern Iran. Ethiopia (Cush) is now North Sudan, and Put is modern Libya.

“You’re going to end up in World War Three over Syria if we listen to Hillary Clinton….

“You’re not fighting Syria any more; you’re fighting Syria, Russia and Iran, all right?  Russia is a nuclear country, but a country where the nukes work as opposed to other countries that talk,” he added.

Indeed, the US, Russia, and Israel all have nuclear weapons, and soon Iran will, too.

Regardless of who uses them first, in such a small region as the Middle East, the desolation for Muslims and Jews alike will be incomprehensible.

Of course, no one is worried about Israel irresponsibly using such weapons against her enemies. Nevertheless, Israel’s unofficial nuclear arsonal has been dubbed “The Samson Option” because like Samson of the Bible, if Israel is confronted in a no-win situation, it has been said that she will go down, taking her enemies with her.  (Judges 16:30) 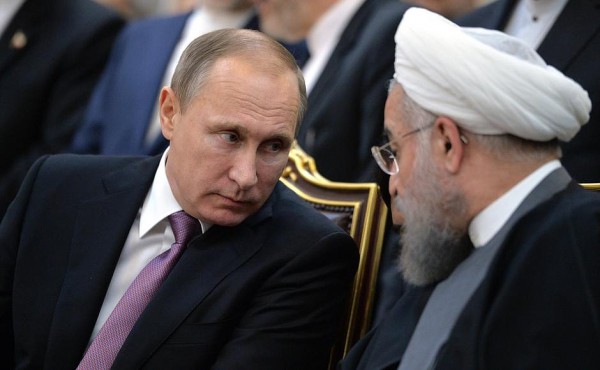 So who should Americans vote for during such prophetic and dangerous times for Israel?

Some say, “These things must happen. So bring ’em on!”

But God has clearly defined our responsibilities to Israel as well as His own.

God will be the One to set thoughts of invasion in the heart of a northern leader named Gog, which begins the war of Ezekiel 38.  (38:3–4)

Everyone else is called to bless Israel (Genesis 12:3), and comfort her people (Isaiah 40:1)—not help usher in chaos and destruction for her, even if we think it may be God’s plan to do so.

Here at the ministry of Bibles For Israel, we have only one goal, and that is to reach both Jews and non-Jews with the WORD OF GOD and His Love.

Let us all be united in blessing Israel with their salvation—militarily through a strong US President and Vice-President who support Israel—and spiritually by introducing them to the everlasting comfort and joy of their Messiah Yeshua (Jesus).