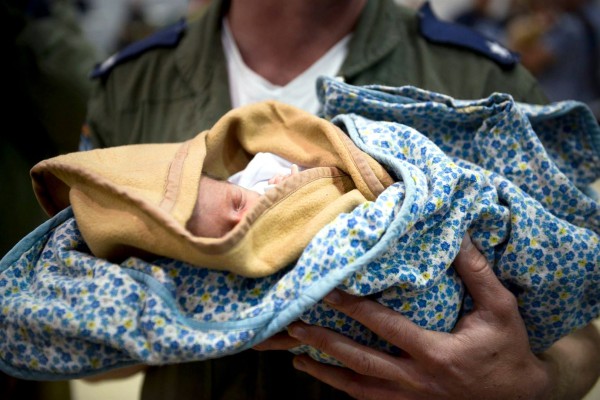 An IDF soldier in Nepal helps a newborn.  (IDFblog photo)

“Just as you, Judah and Israel, have been a curse among the nations, so I will save you, and you will be a blessing.  Do not be afraid, but let your hands be strong.” (Zechariah 8:13)

Israel sent a 260-person Israel Defense Forces (IDF) team of search and rescue and medical professionals to Nepal after Saturday’s 7.8 earthquake killed about 5,000 people, with thousands more wounded and many unaccounted for.

In Nepal, some eight million people have been affected by the quake, which has been followed by numerous aftershocks.

“You are being sent to an important mission,” Prime Minister Benjamin Netanyahu told the delegation commander, Colonel Yoram Larado.  “This is the real face of Israel—a country which does all in its power in such moments.  We put our trust in you.” 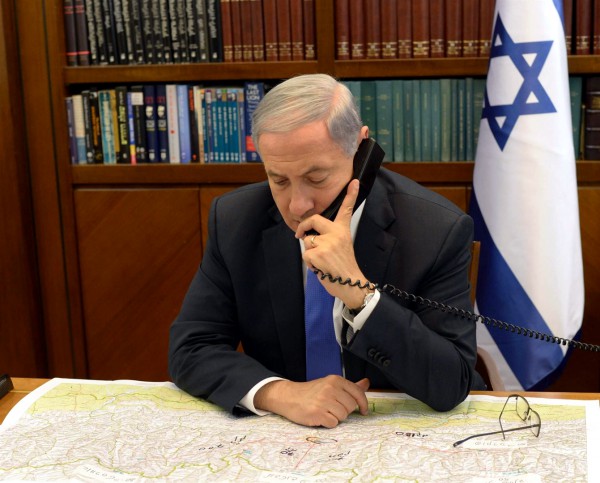 Prime Minister Benjamin Netanyahu speaks with the head of the IDF aid mission to Nepal, Col. Yoram Larado, who is at the site where an IDF field hospital is being set up.

One of two C-130J airplanes carried a full load of emergency equipment, while the second carried a comprehensive range of mission members, including Israeli Home Front Command forces, a Foreign Ministry delegation, six IDF medical experts and a team from the IDF Medical Corps.

“We are all imbued with a sense of mission; it is a privilege and a moral obligation and we will continue to help always and everywhere,” said Lt. Col. Itamar, Commander of the “Desert Giants” squadron.  (IAF) 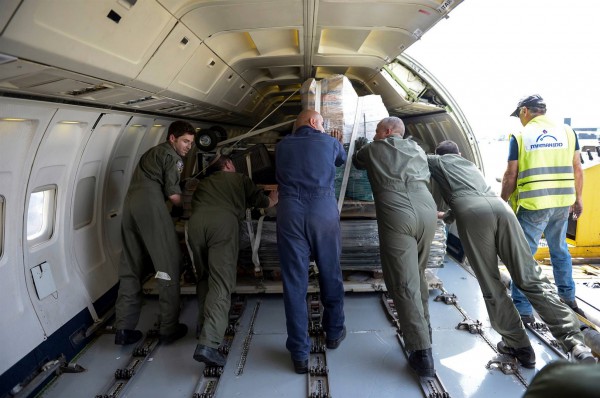 Besides this IDF team, a united front of Israeli NGOs has also launched its support for the devastated nation, with three emergency-response groups—United Hatzalah, ZAKA and FIRST—combining for the first time as a Joint Disaster Response Team.  (Times of Israel)

Organized by the Israelife Foundation, the Joint Team will focus on setting up local aid stations in outlying areas that might be neglected.  The team will also evacuate earthquake victims to those stations, writes the ZAKA website.

“Volunteers from our international division have experience in previous disasters like the earthquake in Haiti.  We are in fact talking about a complex operation but our volunteers have experience in extrication under difficult field conditions,” said ZAKA chairman Yehuda Meshi-Zahav.

“The collaboration with the SAR specialists from FIRST, the medical personnel of United Hatzalah and the body retrieval experts from ZAKA is what makes this mission so unique,” Meshi-Zahav said.  (COLLive)

National ambulance service Magen David Adom (MDA) also sent an airplane of 15 paramedics and doctors to Nepal with medical supplies and baby formula.  The MDA team arrived on the morning of April 26 and set up their first-aid station at the Chabad House. 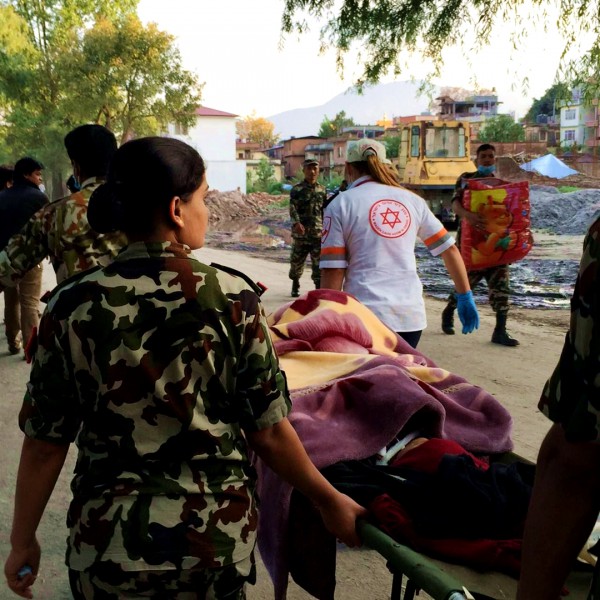 Humanitarian group IsraAID sent an initial discovery team with aid to provide medical services in Nepal, but also to assess further needs before calling in a larger team that is on standby.  (Haaretz)

“Just like in Haiti and in other places we have worked, [the IsraAID mission] has medical aspects, opening up field hospitals parallel to those of the IDF.  Of course, like in Haiti, we’ll do anything in our power to coordinate our efforts with the IDF and the Israeli government,” said IsraAID founding director Shachar Zahavi to Israel National News.

IsraAID will bring in psychologists as well as set up child-friendly spaces.

The damage from the quake, as well as dozens of aftershocks, has driven many people to wait or walk around outside.  Dozens have set up tents or covers to sleep safely away from compromised buildings.  (Times of Israel) 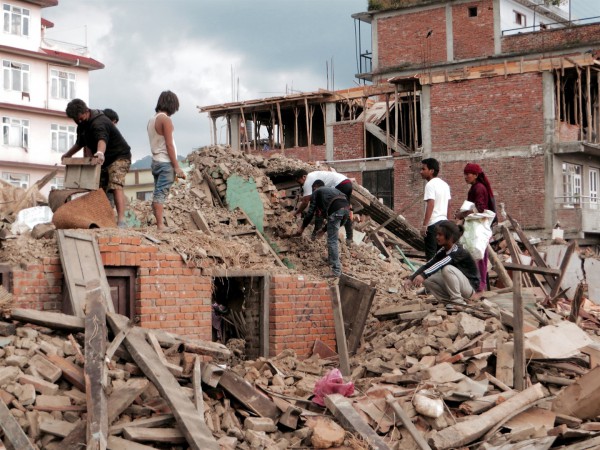 People rummage through the ruins of their home following the earthquake in Nepal.  (Photo by SIM Central and Southeast Asia)

“As more time goes by we get a better picture of damage not seen in the beginning, structural cracks etc., which will cause many larger buildings to be unsafe and come down.  People are trying to gingerly remove their possessions from them,” writes Nepal Orphans Home founder Michael Hess in a Facebook update on Monday.

“People … are convinced a bigger one yet is due to arrive which causes lots of panic and sadness; I do my best to convince our kids and others otherwise.”

Victims of the disaster have already begun feeling the shortage of food and water, with local prices skyrocketing.

As well, the cold and wet weather is making things worse for the multitudes who are forced to sleep outside the ruins of their homes.

While most deaths are in Nepal, dozens have died in China, India, and Bangladesh, as well.

“God is our refuge and strength, an ever-present help in trouble.”  (Psalm 46:1)