“The Lord is my rock, my fortress and my deliverer; my God is my rock, in whom I take refuge, my shield and the horn of my salvation.  He is my stronghold, my refuge and my savior—from violent people you save me.”  (2 Samuel 22:2–3)

With winter temperatures a very real danger to the Christian and Yazidi refugees of Northern Iraq, the Israel-based IsraAID organization has intensified its relief efforts with more than 3,000 winter items distributed this season already.

“Inside the camp it’s very cold and we really need warm blankets,” said Sinjar refugee Naviah.  “Kerosene heaters were distributed [but] many tents caught fire and people died as a result.  We use one bathroom between eight families—there are too many people and not enough room or facilities for everyone.”  (Arutz Sheva)

While serving a small portion of the 18,000 living in makeshift refugee camps in the Kurdish Region of Iraq (KRI), as well as the larger 2.1 million people displaced by the Islamic State, IsraAID aims to issue more aid to the KRI refugees this winter. 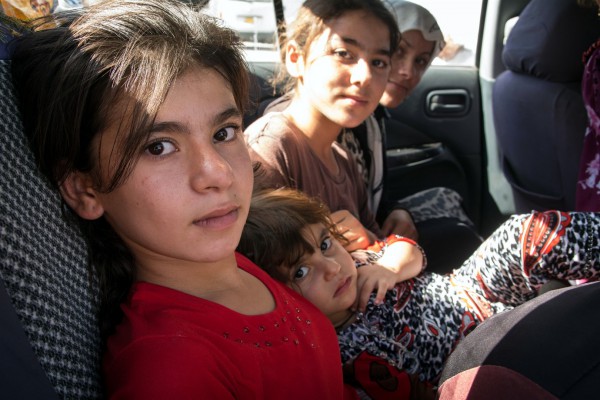 Jalal and his family fled Sinjar on August 3, 2014.  After six days in the Sinjar Mountains, they were able to cross into Syria.  On August 21, they entered the Kurdish region in Northern Iraq, where they hope to be able to find shelter with some relatives.  The photo shows his children and nieces in the back of the car crossing the border back into Iraq.  (NRC Photo by Tiril Skarstein)

IsraAID founding director Shachar Zahavi also said that helping the children among them has become the organization’s first and foremost goal.  (Israel Hayom)

IsraAID intends to begin education efforts for Iraq’s refugee children “to bring stability and safety to a population scarred by months of violence and chaos.” (The Tower)

The difficult conditions have existed for no fewer than seven months for some families, with Arutz Sheva reporting that at least one little girl was born in a KRI camp.

These children must endure the trauma of being living targets or, sometimes, witnesses to the murder and violence committed by Daesh (an acronym for the full Arabic name of the Islamic State—al-Dawla al-Islamiya fi al-Iraq wa al-Sham).

The children’s hardships extend to quality of life, with sub-par living conditions no schooling and little to do. 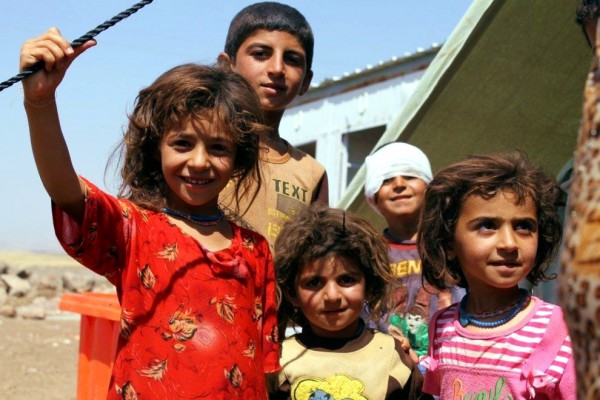 Meanwhile, on a trip to the region this February, England’s Prince Charles shared concerns that after the mayhem in the Middle East ends, there will be “very, very few” Christians left in the region.  (Yahoo News)

Charles met with Iraqi Christians in both Britain and Jordan, expressing his sympathy to a group of Iraqi refugees in Amman.

“I cannot imagine a worse situation to be in and it won’t be of any consolation, but I have been praying every day for all of you,” he told the Amman-based refugees.

“This is what I think must be the worst of horrors when all the people you lived with, side by side, and have always been friendly, suddenly totally change.” (Catholic Herald)