Israelis and Palestinians Negotiate in Cairo

“Those who are peacemakers will plant seeds of peace and reap a harvest of righteousness.”  (James 3:18)

Israeli and Palestinian negotiators held a second round of indirect talks on Tuesday aimed at finding a lasting end to the five-week confrontation.

Because the Hamas charter calls for the destruction of Israel, the teams do not deal directly with one another at the headquarters of the Egyptian General Intelligence.   The proposals and counter-proposals are being shuttled between the two teams by mediators.

“We are facing difficult negotiations,” senior Hamas member Mousa Abu Marzouk said on Tuesday.  “The first truce passed without notable achievements. This is the second and final ceasefire.”  (JPost)

Egypt brokered the three-day truce that committed each side to observing a 72-hour ceasefire which ends today (August 13). 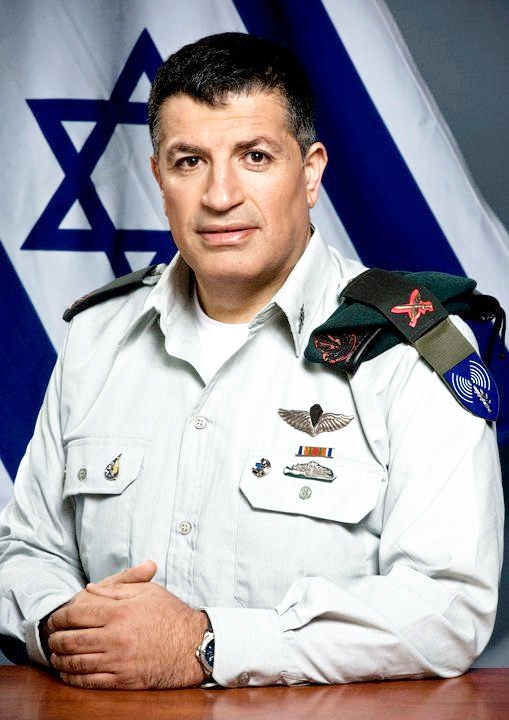 On Sunday, it was uncertain whether the Israeli negotiation team would return to Cairo after Hamas resumed firing when last week’s 72-hour ceasefire ended. Two Hamas rockets were fired into southern Israel at 3:30 a.m. Friday.  By Sunday night, the terrorist organization had lobbed another 100 rockets at Israel.

While Israel had approved extending last week’s truce, Hamas officials refused, even issuing threats against Israeli civilians during the three-day lull that they would resume their attacks.

Last week, reports estimated that Hamas likely had 3,500 rockets left in its arsenal.

“When Hamas broke the ceasefire, when Hamas launched rockets and mortar shells at Israel, they broke the premise of the talks,” said Israeli government spokesman Mark Regev.  “There will not be negotiations under fire.”  (Fox News)

During this week’s round of talks in Cairo, Hamas’ primary demand is for Israel to lift a land and sea blockade that was imposed in 2006 after Hamas kidnapped IDF soldier Gilad Shalit.

It is also demanding an extension of the fishing zones, and the creation of an open seaport, an airport, the opening of border crossings into Israel and Egypt, eased travel restrictions for Gazans, and the payment of the salaries of former Hamas government clerks, among other demands.

There is good reason for concern that a Gaza seaport would mean free movement of any tools—of war and otherwise—into Gaza, since 350 truckloads of imported building supplies were diverted to construct each of Hamas’ terror tunnels—constructed for the murdering and kidnapping of Israelis.  (Bloomberg) 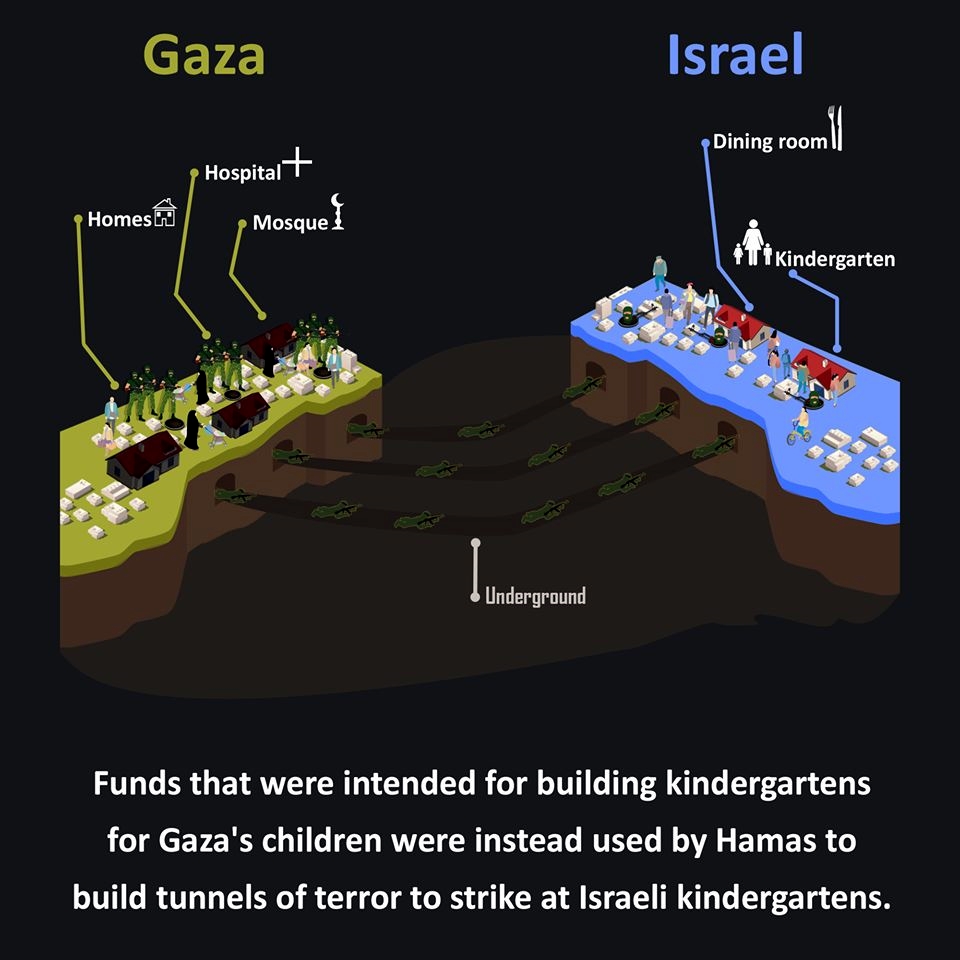 The Israeli delegation is reported to be essentially demanding a return to the understandings reached at the end of Operation Pillar of Defense in November 2012.

As well, Egypt is apparently demanding that Mahmoud Abbas’ Palestinian Authority deploy security troops to the Rafah Border Crossing between Egypt and Gaza.

Izzat al-Risheq, a Hamas official in Cairo, said he was not opposed to a “partnership” with the Palestinian Authority (PA).

“We have notified President Abbas and the brothers in the Palestinian Authority that we are ready as of now—rather than today—to hand over the Rafah terminal to President Abbas,” Risheq said.  “Before that, we handed over [to the PA] ministries in order to remove obstacles to lifting the siege on our people.”

He also said that there were no objections to Abbas and the PA overseeing the reconstruction of the Gaza Strip.

“We support the formation of a national body headed by a clean, transparent and professional personality, to be in charge of the reconstruction,” he said.  “Everyone is facing a crisis; Israel, the Palestinian Authority and Hamas.  International and regional realities have changed and we must interact with these circumstances for the sake of our people and cause.”  (JPost) 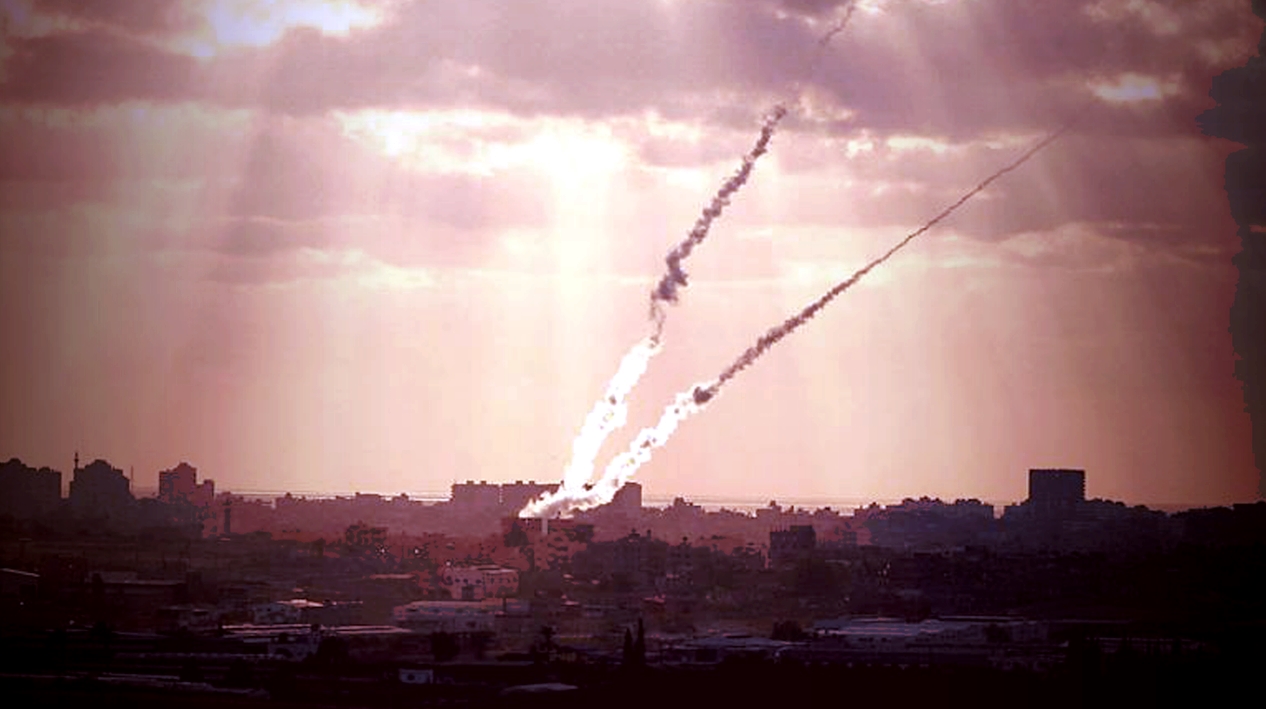 Hamas fires rockets at Israel from a densely populated area in Gaza.

Meanwhile, a poll published Thursday by the Israel-based Interdisciplinary Center, Herzliya, reveals that 72 percent of Gazans favor a peace agreement with Israel and 92 percent want a long-term truce with their Jewish neighbors.

Although many Palestinians are silent about Hamas oppression, Gazans seem to be growing increasingly at odds with their Hamas leaders, who have cost many their security by attacking Israel from behind human shields—including homes, hospitals, schools and the people themselves.

One firsthand account from a source in the IDF says that during the ground operation in Gaza he encountered a Hamas terrorist carrying a child in one arm and shooting a gun with the other.

Director of Messiah’s Mandate International, Ron Cantor, writes on Facebook a reminder that while Hamas was elected to the Palestinian legislature in Gaza in 2006, the next year saw the group seize the Strip illegally from the PA through a violent takeover.

“They are not a legitimate government, but a Taliban-type group that seized power illegally.  And Israel has no reason to negotiate with them.  Nor John Kerry for that matter,” Cantor writes.  “They need to be defeated and de-armed.”

“I will make peace your governor and well-being your ruler.  No longer will violence be heard in your land, nor ruin or destruction within your borders, but you will call your walls Salvation and your gates Praise.”  (Isaiah 60:17–18)