“The Lord said to Moses, ‘Speak [emor] to the priests, the sons of Aaron, and say to them:  A priest must not make himself ceremonially unclean.’”  (Leviticus 21:1) 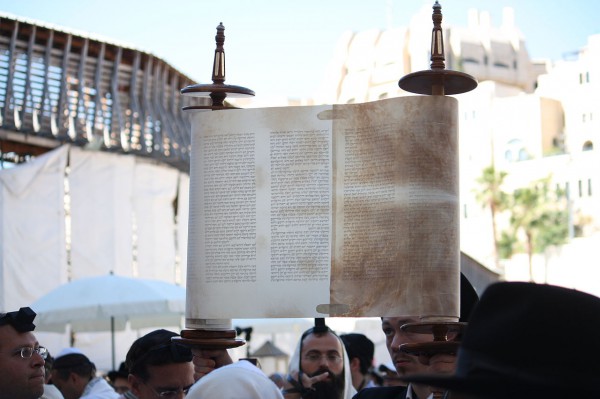 Lifting up the Torah for all to see at the Western (Wailing) Wall in Jerusalem.

Last week’s Parasha, Kedoshim, gave the laws concerning living a holy life, emphasizing its connection to loving our neighbor as ourselves.

This week’s Parasha (Torah portion) continues the study of holiness, providing the laws regarding purity for the kohanim (Jewish priesthood descended from Aaron) and the sanctity of time through the moadim (God’s appointed holy feasts and festivals).

Because the kohanim are set apart to serve the Lord by performing the daily and holy day offerings, additional laws of purity apply to them that do not apply to the general tribe of Levi or the Israelites as a whole.  For instance, they are not allowed to marry a divorced woman.

The laws of sexual purity for the kohanim are so rigorous that a daughter of a priest (kohen) who committed sexual immorality was to be burned by fire!

“And the daughter of any priest, if she profanes herself by whoring, profanes her father; she shall be burned with fire.”  (Leviticus 21:9) 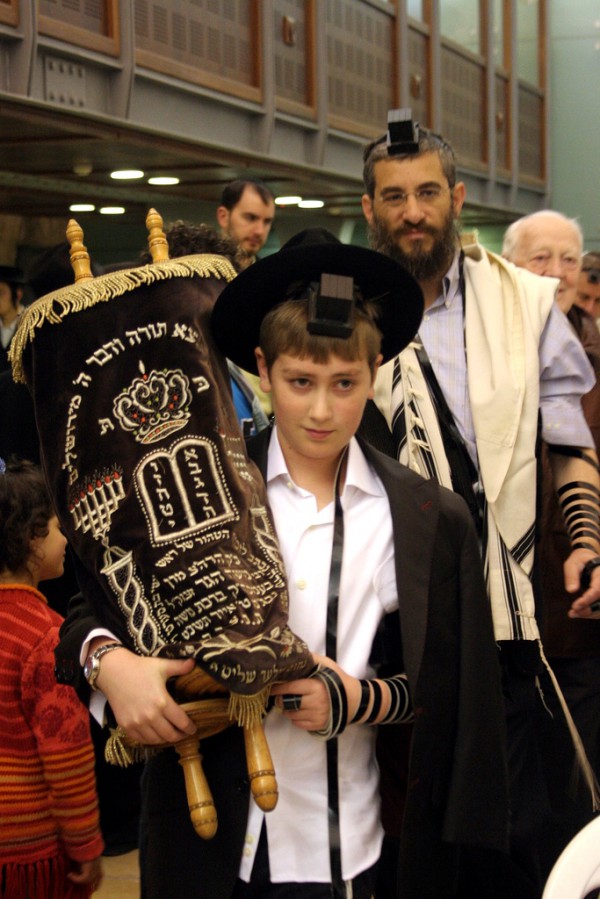 A 13-year-old Orthodox Jewish boy carries the Torah scroll for the first time.

Also, no kohen (priest) who was deformed, blemished, or defiled could enter the Holy of Holies.

“And the Lord spoke to Moses, saying, ‘Speak to Aaron, saying, None of your offspring throughout their generations who has a blemish may approach to offer the bread of his God.’”  (Leviticus 21:16–17)

God not only required the kohanim to be without defect, but also the offerings presented to Him were to be free of defect.

Furthermore, in order for the kohanim to partake in any of the contributions (terumot) given by the people as a source of support for them, they had to be in a state of ritual purity.

“The best of all the firstfruits and of all your special gifts will belong to the priests.  You are to give them the first portion of your ground meal so that a blessing may rest on your household.”  (Ezekiel 44:30)

The laws of holiness regarding the kohanim are strict and exacting because of the great responsibility of their position in serving Adonai.  They are commanded to remain in a state of purity or holiness in order to offer the sacrifices in the Temple and not profane the name of God.

“They must be holy to their God and must not profane the name of their God [Chillul HaShem].  Because they present the food offerings to the LORD, the food of their God, they are to be holy.”  (Leviticus 21:6) 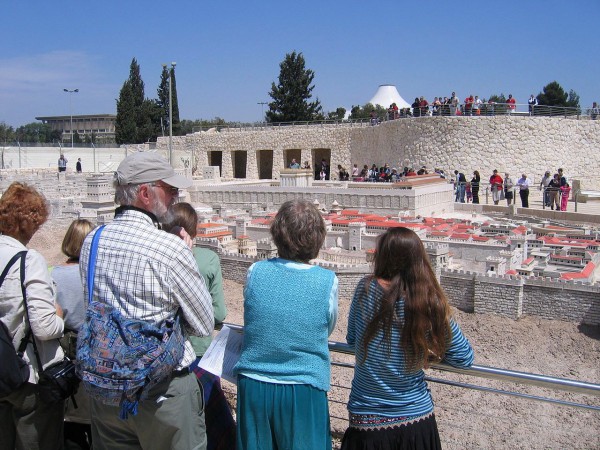 Tourists view the massive 50:1 model of ancient Jerusalem and the Second Temple at the Israel Museum.  The white dome in the background is the museum’s Shrine of the Book, which houses the Dead Sea Scrolls.

The kohanim and all of Israel, in fact, were not to do anything that would desecrate the Name of the LORD, which is called Chillul HaShem.  This means they were not to commit any act or engage in any behavior that would disgrace, shame, or dishonor God and His law, or discredit faith in Him, or even bring disrepute to the Jewish People who represent the Creator to the universe.

The opposite concept to Chillul HaShem is Kiddush HaShem (sanctification of the Name of the LORD)—any act that brings respect, honor, or glory to God. 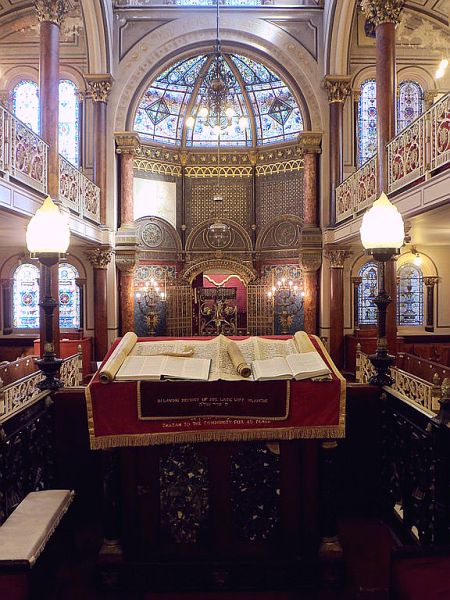 A general view of the interior Middle Street Synagogue, including the Torah scroll, in Brighton, England.

Even when Israel turned from God, the kohanim were to continue serving Him in holiness.

During the future Messianic reign on earth, the same exacting standards of holiness will be required, but only for certain kohanim—the descendants of Zadok, who was the high priest to King David and King Solomon.

Zadok kept God’s holy standards even when other priests and people did not:

“But the Levitical priests, the sons of Zadok [sons of righteousness], who kept the charge of My sanctuary when the people of Israel went astray from Me, shall come near to Me to minister to Me.”  (Ezekiel 44:15) 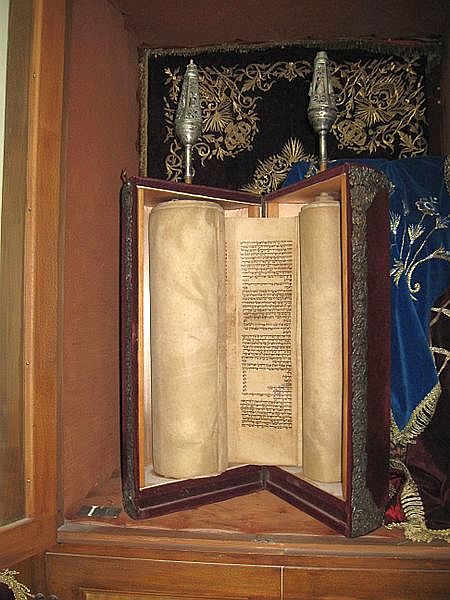 The name Zadok comes from the Hebrew word tzadik, which means righteous.

According to Ezekiel, in the Third Temple, the kohanim who are descended from Zadok, the sons of righteousness, will be the only kohanim to function in the holy order of the Temple in Jerusalem.

They will serve under Yeshua HaMashiach (Jesus the Messiah), the eternal High Priest, who is a king-priest of the order of Melki Tzedek (Melchizedek / King of Righteousness).  (Hebrews 7:1–3, 17)

Through Him, each of us may come boldly to the Throne of grace to find mercy.

“For we do not have a high priest who cannot sympathize with our weaknesses, but One who has been tempted in all things as we are, yet without sin.  Therefore let us draw near with confidence to the throne of grace, so that we may receive mercy and find grace to help in time of need.”  (Hebrews 4:15–16) 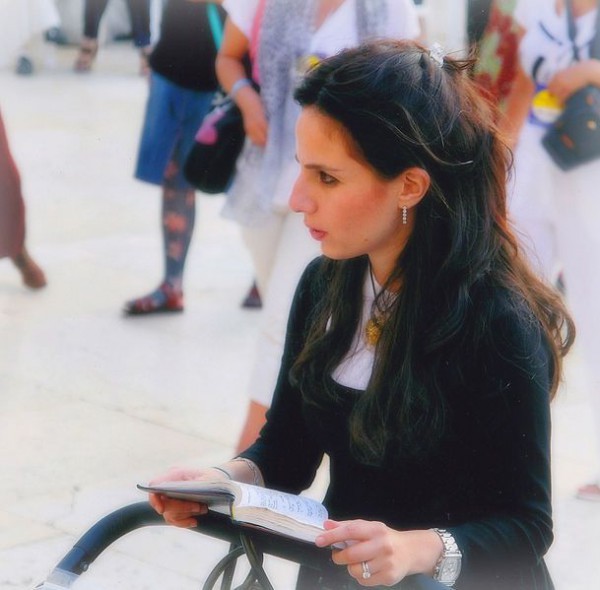 A Jewish woman prays at the Western (Wailing) Wall in Jerusalem.

One of the main functions of the priest is to teach the people the difference between holy (kadosh) and common (chol) and between clean or pure (tahor) and unclean or impure (tameh).

“They shall teach my people the difference between the holy and the common, and show them how to distinguish between the unclean and the clean.”  (Ezekiel 44:23)

Likewise, a major function of our spiritual leaders is to teach people how to live in purity and holiness according to God’s Torah rather than the culture of the day.

As followers of Yeshua, how much more should our lives represent the God of Israel in the beauty of holiness!

“In Him and through faith in Him we may approach God with freedom and confidence.”  (Ephesians 3:12) 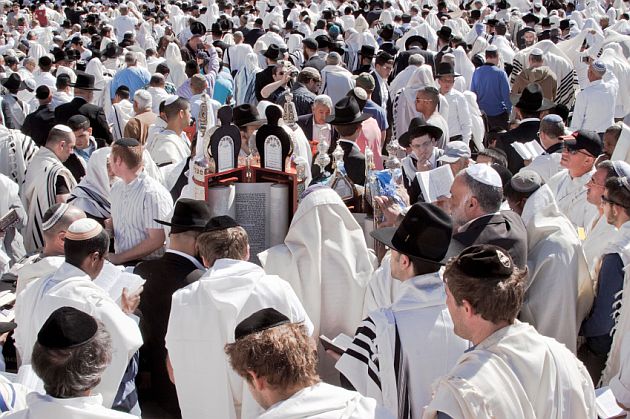 Reading the Torah at the Western (Wailing) Wall at Passover.

This Parasha, therefore, is called Seder Mo’adim (the order of the festivals) because it describes them as mikrei kodesh (holy convocations or callings of holiness) to be celebrated at their appointed times.  The Ramban, a leading Torah scholar of the middle ages, referred to them as sacred gatherings.

It is important to remember that the Lord declares that these appointed feasts are His.

They are His appointments in His Biblical calendar, setting aside these special times to meet with His people for the purpose of celebrating, remembering, and/or observing great spiritual events or truths.

Crowds gather at Passover at the Western (Wailing) Wall in Jerusalem.  Above the Western Wall is the Temple Mount, where the First and Second Jewish Temples once stood, and where the Third Temple will stand.

The following are the festivals or moadim mentioned in this Parasha: 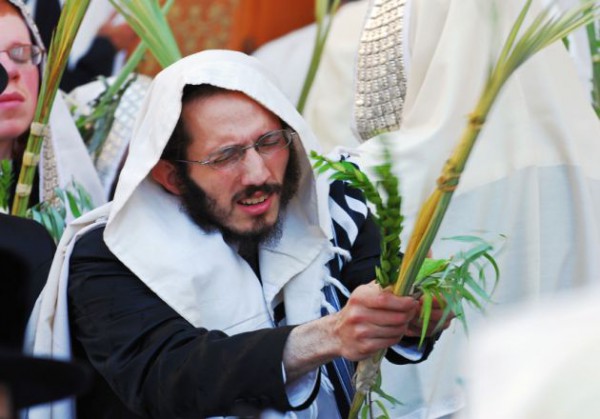 “On the first day you are to take branches from luxuriant trees—from palms, willows and other leafy trees—and rejoice before the LORD your God for seven days.”  (Leviticus 23:40)

The festivals are a balance between feasting and fasting; for example, Sukkot is a time of joy and feasting in contrast with Yom Kippur which is a somber time of fasting and repentance.

“For everything there is a season, a time for every purpose under heaven.”  (Ecclesiastes 3:1)

The Hebrew word for festival, chag, shares the same root with chug, which means circle.  This reminds us not only of the cycle of the Biblical calendar; but also the cyclical nature of life itself.

Not only do the seasons cycle and return over and over again, but also times of sorrow may be turned to joy, tragedy to triumph and darkness to light.

“You have turned for me my mourning into dancing; You have loosed my sackcloth and girded me with gladness.”  (Psalm 30:11) 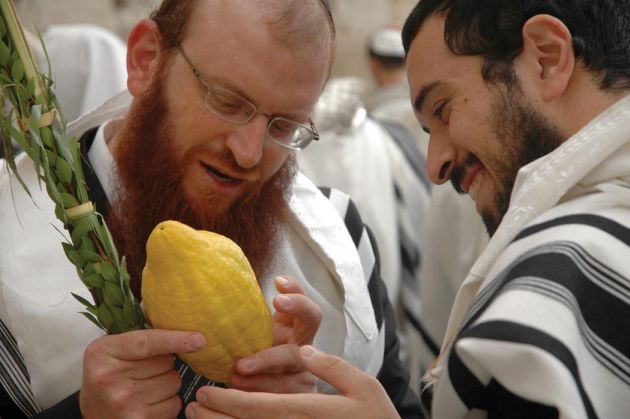 Each of these God-appointed times contains lessons about the Messiah Yeshua—what He has already accomplished, such as salvation and redemption, as well as what He is doing in our midst now—sanctification, and what is yet to come—resurrection.

Although many feel that these moadim are not meant to be observed by non-Jewish followers of Yeshua, in the time of the apostles, Gentile believers in Yeshua as the Messiah celebrated them alongside Jewish Believers.

When the Gentile Church became increasingly alienated from its Hebraic roots, they formed their own celebrations, such as Christmas and Easter.

Scripture definitely indicates, however, that both Gentile and Jew will celebrate Sukkot together in Jerusalem in the time to come.

We do not have to wait until then to enjoy God’s appointed times.

Through observing these divine appointments today, we can come into a beautiful unity with all of God’s family as the commonwealth of Israel—the one new man—Jew and Gentile united in Messiah.

We may also use these opportunities to grow in our relationship with the One who initiated them, drawing ever closer to Him and flourishing as the holy ambassadors of His Kingdom that we are called to be.