Yom Yerushalayim – Are the Times of the Gentiles Fulfilled?

Today is Yom Yerushalayim (Jerusalem Day), the 54th anniversary of the historic 1967 liberation and reunification of Jerusalem. 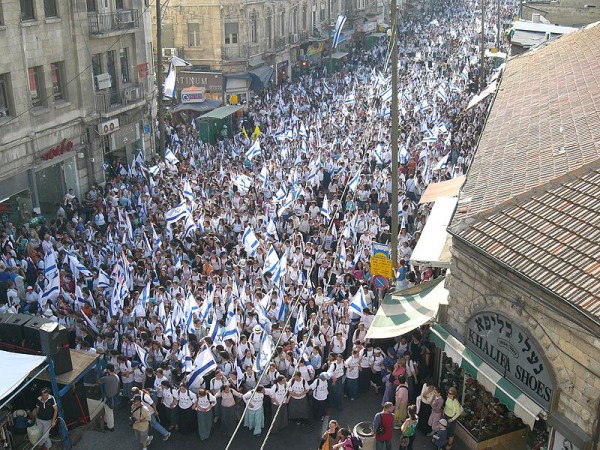 On Jerusalem Day, Israelis will parade through the streets of Jerusalem to celebrate the 50th anniversary of the reunification of Jerusalem in 1967.

This public holiday in Israel, which is marked on the 28th day of Iyar, is the most recent addition to the Hebrew calendar.

So although Jerusalem was reunified on June 7, 1967, because of differences between the Gregorian and Hebrew calendars, Jerusalem Day falls on May 10th in 2021.

On this day, during the Six Day War, the whole of Jerusalem once again came under Jewish sovereignty for the first time in 2000 years!

As the Israel Defense Forces (IDF) were about to take back the Old City of Jerusalem from Jordanian control on June 7, 1967, Colonel Motta Gur spoke these electrifying words:

“All company commanders: we are sitting right now on the ridge and we’re seeing the Old City.  Shortly we’re going to go in to the Old City of Jerusalem that all generations have dreamed about.”

Indeed, Jerusalem has long been the heart of the Jewish People.

“Blessed are those whose strength is in you, who have set their hearts on pilgrimage.”  (Psalm 84:5) 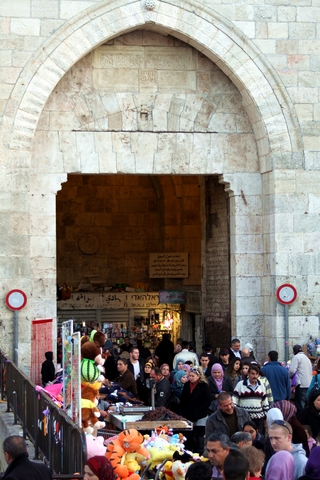 Damascus Gate: This market scene at the Damascus Gate in Jerusalem’s ancient walls—with its variety of nationalities, religions, culture and products—reveals Israel’s true multicultural nature.  As the only democracy in the Middle East, Israel is a safe haven to those who desire to live in peace.

Yom Yerushalayim: A Day to Praise the Lord!

“Jerusalem …  That is where the tribes go up, the tribes of the Lord, to praise the name of the Lord according to the statute given to Israel.”  (Psalm 122: 3–4)

Thousands of Israelis will travel to Jerusalem on Yom Yerushalayim to show solidarity with the city, as well as visit the Old City and the Western (Wailing) Wall.

Celebrations will include state ceremonies and memorial services for soldiers who were killed in the fight for Jerusalem in 1967.

There will also be parades through Jerusalem, dancing, singing, teachings for school children on the importance of this city, and festive television programs.

In particular, the Hallel, a special holiday prayer of praise and thanksgiving that recites Psalms 113-118, will be offered in synagogues. 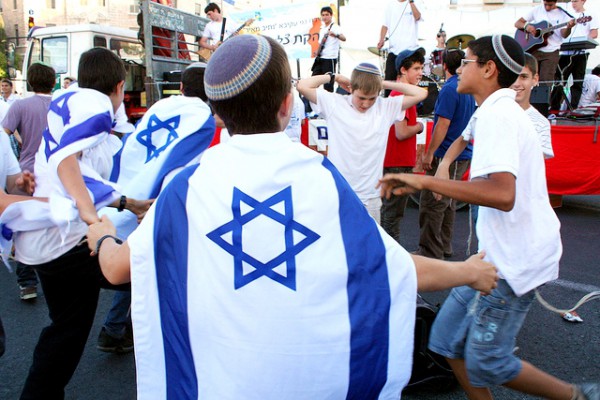 A time to dance: Jerusalem Day is characterized by parades, music and dancing.

Not everyone will rejoice, however.  Many Muslim Arabs see this as a day of mourning, wearing black and/or flying black flags.

Nevertheless, they have it wrong.

This is most definitely a day of rejoicing, and Jews and Christians everywhere should give praise to God for His faithfulness and the prophetic fulfillment of Scripture.

“Therefore, this is what the Lord says: ‘I will return to Jerusalem with mercy, and there my house will be rebuilt.  And the measuring line will be stretched out over Jerusalem,’ declares the Lord Almighty.”  (Zechariah 1:16)

In fact, Jerusalem is mentioned over 600 times in Scripture (but not mentioned by name a single time in the Koran).

“Many peoples will come and say, ‘Come, let us go up to the mountain of the Lord, to the house of the God of Jacob.  He will teach us his ways, so that we may walk in his paths.’  The law will go out from Zion, the word of the Lord from Jerusalem.  (Isaiah 2:3) 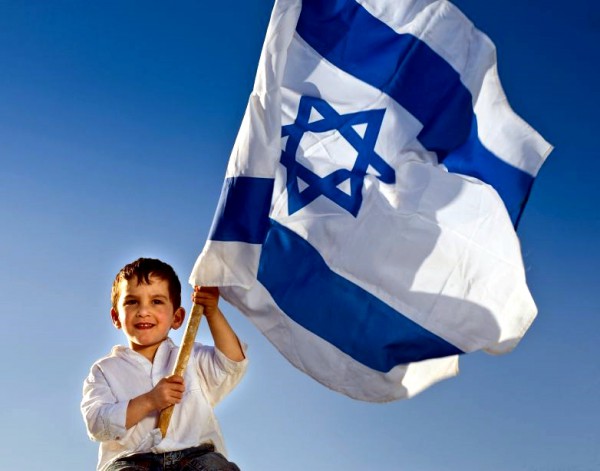 Yom Yerushalayim: What Happened to Jerusalem?

“David was thirty years old when he became king, and he reigned forty years.  In Hebron he reigned over Judah seven years and six months, and in Jerusalem he reigned over all Israel and Judah thirty-three years.”  (2 Samuel 5: 4–5)

Three thousand years ago David, the Jewish king whose prayers are recorded in the Book of Psalms, established Jerusalem as the capital of the United Kingdom of Israel (2 Samuel 5).

When David brought the Ark of the Covenant to Jerusalem, it forever became the spiritual capital of the Jewish People (2 Samuel 6). 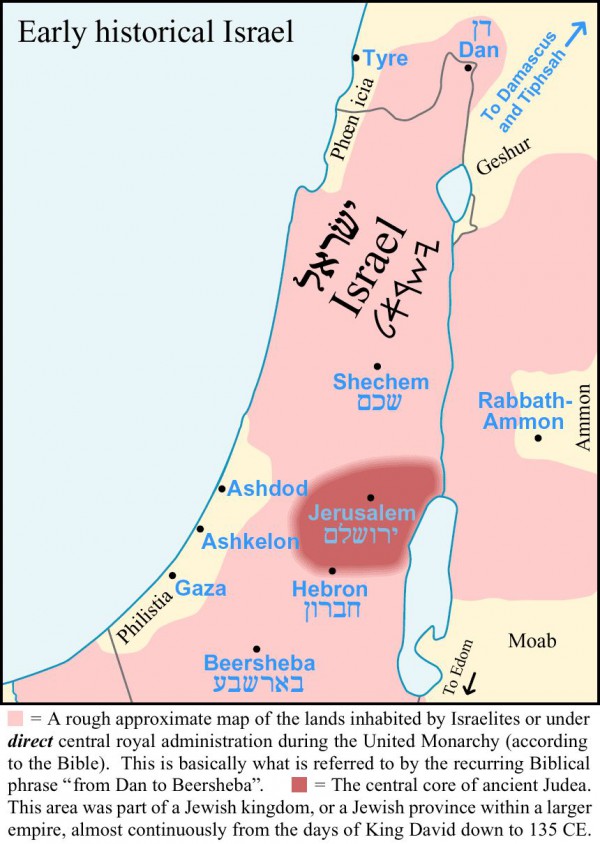 Indeed, David’s son Solomon did build the First Temple in Jerusalem according to David’s plans and preparations (2 Chronicles 3–4).

Sadly, even Solomon’s walk with the Lord was compromised with idolatry.  Moreover, many of the kings of Israel and Judah after Solomon were indifferent to the Lord God.

Although there were times of revival, and the Temple did remain at the center of national life for Judah, the spiritual decline continued, despite the prophets’ warnings that the Temple would be destroyed and Israel sent into exile.

“This whole country will become a desolate wasteland, and these nations will serve the king of Babylon seventy years.”  (Jeremiah 25:11)

Since Solomon built that First Temple, Jerusalem has been destroyed twice (first by the Babylonians in 586 BC, then by the Romans in AD 70).

Jerusalem has been conquered and reconquered no less than 44 times. 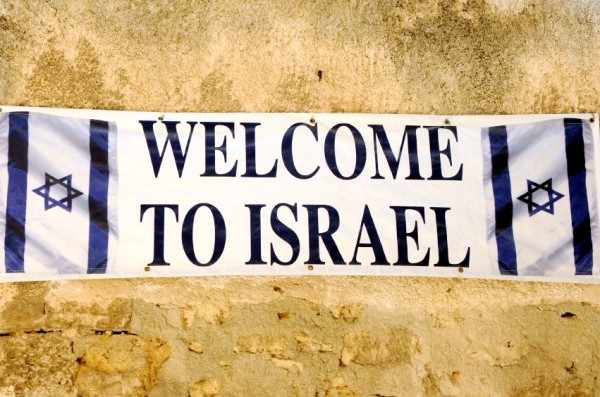 “He will raise a flag among the nations and assemble the exiles of Israel.  He will gather the scattered people of Judah from the ends of the earth.”  (Isaiah 11:12)

The Regathering of Israel

“I Myself will gather the remnant of My flock out of all the countries where I have driven them and will bring them back to their pasture, where they will be fruitful and increase in number.”  (Jeremiah 23: 3)

Although there has always been a remnant of Jews living in Israel, many Bible scholars believe that the creation of the State of Israel in 1948 was a fulfillment of the prophesied worldwide regathering of the Jewish People found in Jeremiah 23.

Nevertheless, when Israel declared her independence in 1948, she was attacked by her neighboring Arab countries. 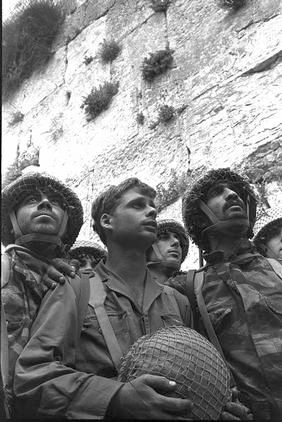 Sadly, after Israel fought for her survival in the 1948 War of Independence, Jerusalem remained divided between Israel and Jordan, with Jordan controlling the Old City and East Jerusalem, which includes where the Temples once stood.

Under Jordanian rule, the Jewish residents of these areas were forced to leave.  Many synagogues were decimated.

This situation was redeemed during the Six Day War of 1967, when after a period of intense hostility from Israel’s Arab neighbors, which once again threatened the destruction of the Jewish State, Israel launched a preemptive strike on the Egyptian air force.

In the resulting war between Israel and the Arab countries of Egypt, Syria and Jordan, the Arab armies were miraculously routed out in just six days, and the Jews reclaimed their authority over Jerusalem.

Are the Times of the Gentiles Fulfilled?

“Jerusalem will be trampled by Gentiles until the times of the Gentiles are fulfilled.”  (Luke 21: 24)

Yeshua (Jesus, whose Hebrew name means salvation) prophesied that the Gentiles would trample Jerusalem until the times of the Gentiles were fulfilled (Luke 21:24).

With Jerusalem back in Jewish hands, can it be said that the times of the Gentiles are fulfilled, or is Jerusalem still in the trampled upon stage?

To answer that, we must take a closer look at what is happening in Jerusalem.

Although Israel technically has authority over the entire city, the Temple Mount is has been under the administration of the Islamic Waqf, albeit with the consent of the Israeli government. 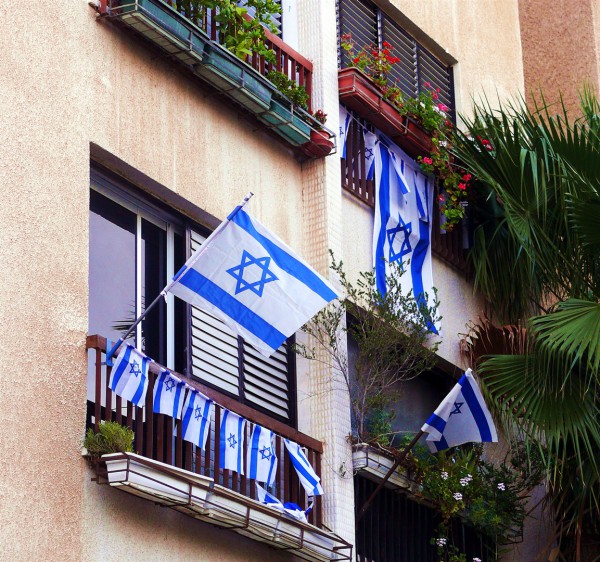 Flags fly freely from windows and balconies on Yom Yerushalayim.

According to Judaism, the Temple Mount is Mount Zion, the place where God dwells (Isaiah 8:18).

It’s also believed to be the site of Mount Moriah, where Abraham bound Isaac to offer him as a sacrifice.

Nevertheless, the Dome of the Rock was built on this spot in AD 692, and it remains there to this day.  Jews and non-Muslims are heavily monitored and restricted from praying on the Mount or even expressing their faith, such as raising hands in worship.

It seems trampling over Jerusalem is still firmly in place. 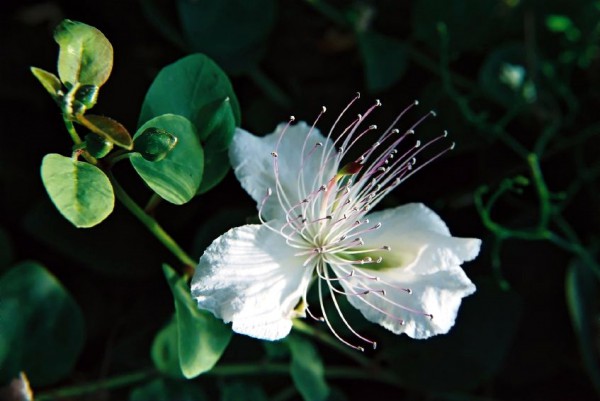 “He told them this parable: ‘Look at the fig tree and all the trees.  When they sprout leaves, you can see for yourselves and know that summer is near.  Even so, when you see these things happening, you know that the kingdom of God is near.’”  (Luke 21:29–31)

Howard Bass, the leader of Israeli Messianic congregation Nachalat Yeshua, said, “It’s clear after years of Israeli ‘sovereignty’ over Jerusalem that it’s not ‘united’ and is still being trampled underfoot by Gentiles.”

Even so, he said, the 1967 recapture of Jerusalem was a marker of “God’s ongoing work to restore His own possessions: the people of Israel, the city of Jerusalem, the land of Israel, and the whole Earth.”

Paul Liberman, President of the Messianic Jewish Alliance of America, affirmed this move of God:

“During the early 1970s there was speculation among Jewish Believers and Christians about whether the timing of the new Jewish revival was somehow connected to the 1967 Israel War (Romans 11:25, Luke 21:24).  Today, that’s considered somewhat obvious.” 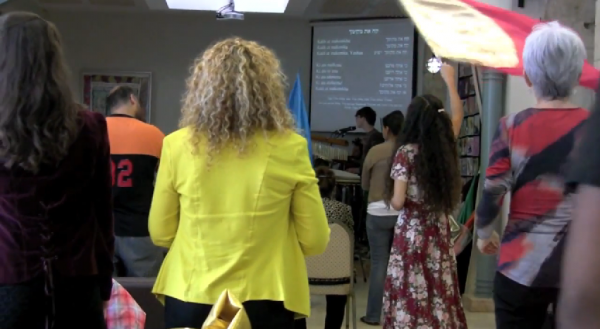 To illustrate his point, Liberman said;

“Prior to 1967 there were two Christian evangelistic outreaches—that I know of—in a Jewish style of worship services.

“By 1975, there were eight functioning Messianic fellowships, whose leadership representatives were all on a panel at a national conference of the Messianic Jewish Alliance of America.  Today, it’s estimated there are 600–700 such groups worldwide, with a conservative estimate of 120 of them in Israel.”

So although Jerusalem remains a troubled city, Believers should take to heart God’s words through the Prophet Isaiah:

“You who make mention of the Lord, do not keep silent, and give Him no rest till He establishes and till He makes Jerusalem a praise in the earth.”  (Isaiah. 62:6–7)

God’s Spirit is moving amidst His Chosen People.  You can be a part of this end-time move of God by helping us bring the Word of God to Israel and the world.

It's no accident that God chose Shavuot (Pentecost) to pour out the Ruach (His Spirit). Discover the significance of this ancient holy Day of the Lord.

Holiday
How to Grab Hold of the Yoke of Heaven