Parasha Metzora: Shabbat Gadol and the Day of the Lord

“Then the Lord spoke to Moses, saying, “This will be the law of the leper [metzora] for the day of his cleansing.”  (Leviticus 14:1) 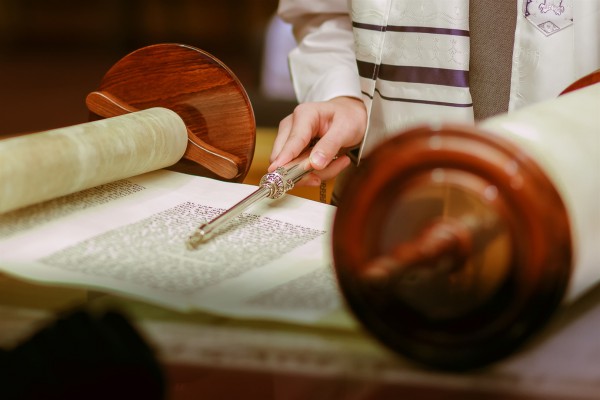 Reading from the Torah scroll using a yad (literally, hand) to protect the parchment and ink.

Last week in Parasha Tazria, God gave the laws pertaining to ritual purity and impurity for childbirth.  It also identified tzara’at, skin afflictions that caused a person to be ritually impure.

This week, Parasha Metzora continues with the theme of Tazria.  In it, God gives Moses the law for the recovered metzora (commonly mistranslated as leper) and the ritual purification of the metzora by the kohen (priest).

If the kohen determined that the metzora had healed, he or she underwent a process of ritual cleansing that began with the offering of two birds, one which was sacrificed and the other which was set free.

Then the healed metzora washed his clothes, shaved his body, and entered the mikvah (ritual bath) before being allowed back into the camp.  Though he could enter the general camp, for seven days he had to remain outside his home.

On the eighth day (eight being a number that symbolizes new beginnings), the healed person brought a grain and a guilt offering (minchah and asham).

As part of the cleansing ceremony, the kohen would put some of the blood of the offering on the tip of the right ear of the person to be cleansed, and on the thumb of the right hand and on the big toe of the right foot (Leviticus 14:14).

This represents cleansing of the total person from everything we hear, everything we do, and every path we take.  For those serious about remaining in the community as whole, healed people, it also represents a determination to remain holy by being careful about what one hears, deliberate in all one does, and mindful of where one goes. 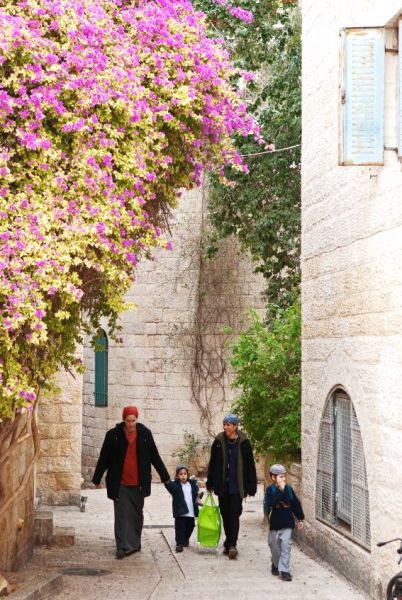 Not only did people need to be healed and ritually cleaned of tzara’at — even houses could be infected.

When such an affliction invaded a home, just like a malignant cancer, it had to be cut out and removed.  Even the stones and timber would be removed from the house and carried off to a designated “unclean place.”

Sometimes, however, the only remedy for the infection was the total destruction of the entire house (Leviticus 14:43–45).

King Solomon, in all his wisdom, wrote in the book of Ecclesiastes that there is a time to build up but also a time to tear down.

Likewise, sometimes we find ourselves in environments that are toxic.  When that environment resists the cure, and nothing we do can cleanse the situation so that it becomes beneficial to human life, health, and growth, we must move from this situation and start over, despite the heavy cost and losses involved.

Although some may encounter such times when a relationship has become so defiled and unhealthy that they must move on, trusting that God will help them begin anew, most certainly, discernment from the Ruach HaKodesh (Holy Spirit) is necessary to know when to keep holding on in faith and when to move on. 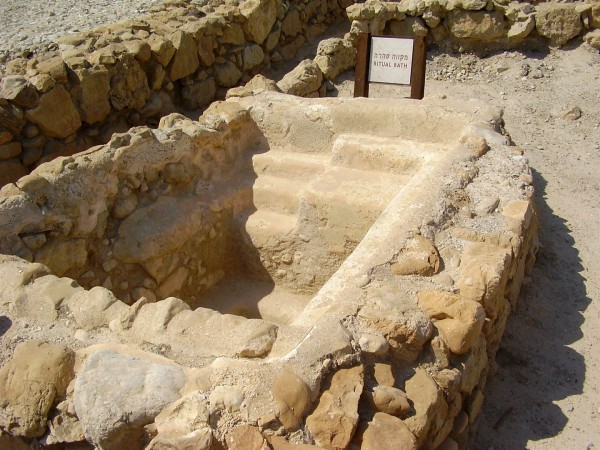 Parasha Metzora also deals with cleansing from bodily secretions, the laws of niddah (a woman’s menstrual cycle), and sexual relations within marriage.

The law of niddah calls upon a woman to be separated from the community for a period of seven days during her menstrual cycle (Leviticus 15:19–31).

Sexual relations are forbidden at this time between a husband and his wife, and may only be resumed after the woman has properly immersed herself in the mikvah (ritual water immersion).

Complete immersion (tevilah) is one of the primary Biblical ways of effecting ritual purification, and it is essential to purity and holiness in Judaism.  In fact, in Temple times, anyone who entered the Temple, including priests, first immersed in a mikvah. 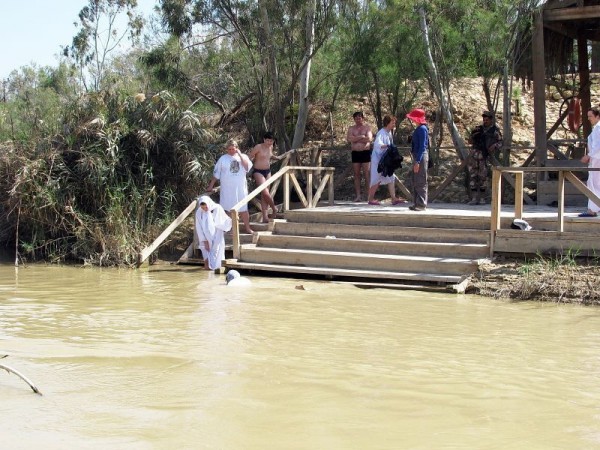 Qasr el Yahud (lit. Castle of the Jews), an immersion site in the Jordan River Valley, is the traditional spot where Yeshua’s mikvah took place (Matthew 3:13–17).  According to tradition, the Israelites crossed the Jordan River and the prophet Elijah ascended to heaven.

Although Temple sacrifices have been interrupted, the ritual use of the mikvah has continued to this day.  The mikvah in Israel and around the world is a private affair, usually maintained in an inconspicuous building.

Women immerse themselves without clothing, with only a female attendant present to witness her full immersion.  Sometimes the facility provides cosmetics, creams, and lotions for the woman to beautify herself before returning home to resume relations with her husband.

The mikvah, however, is not only for Family Purity.  It is used for the conversion of Gentiles to Judaism.  As well, some pious Jews immerse before Shabbat and some special Holy Days.

The mikvah is seen to symbolize spiritual rebirth, and the Christian ceremony of baptism has its roots in this Jewish rite.  Indeed, the immersion of Yeshua by Yochanan (John) was actually a mikvah (John 1:19–28).

“Unless one is born of water and the Spirit, he cannot enter the kingdom of God.” (John 3:5) 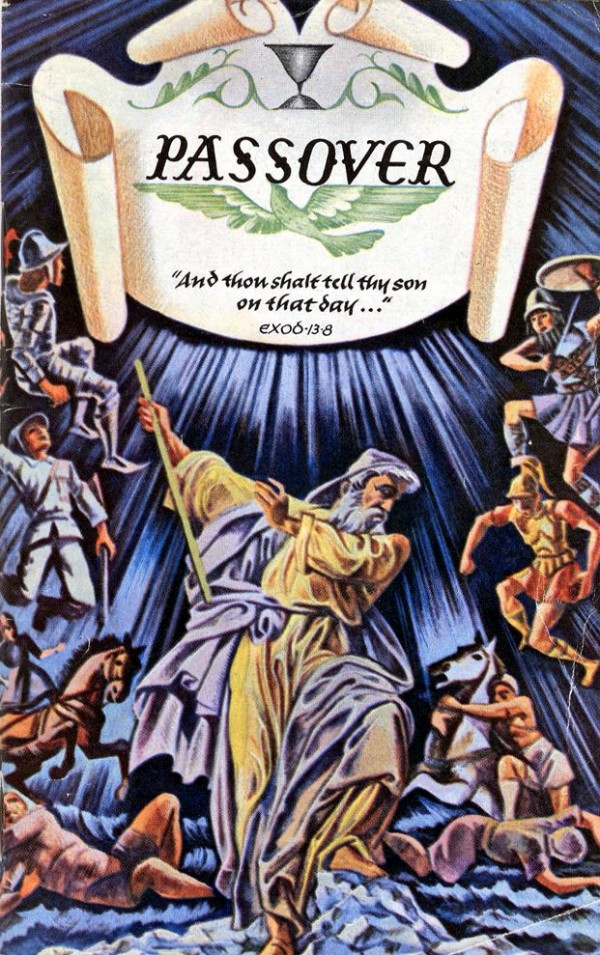 Shabbat HaGadol and the Day of the Lord

This year, Parasha Metzora is read on the Sabbath that precedes Pesach (Passover). That’s right!  Pesach is next week!

It is a special Sabbath called Shabbat HaGadol (the Great Sabbath).  For the Haftarah (prophetic portion), Malachi 3:4–24 is read.  This prophecy references the coming of the Messiah — the Day of the Lord!

Hearing that the Day of the Lord is coming soon is good news for those of us who look to Yeshua’s (Jesus’) return for our redemption; but for those who reject the Lord and work wickedness, it will be a terrible day of judgment. 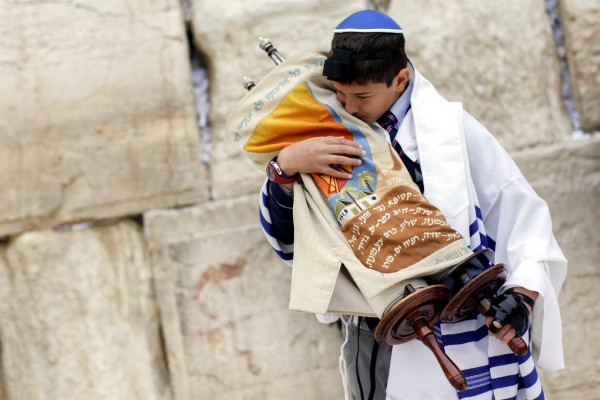 A 13-year-old Jewish boy pays respect to the Torah at the Western (Wailing) Wall. (Ministry of Tourism photo taken by Yonatan Sindel, Flash 90)

In this chapter of Malachi, the way of teshuvah (repentance) back to the Lord is described in terms of giving.  The whole nation of Israel was under a curse because they had robbed God by not bringing their tithes and offerings, but great blessings were promised to those who would obey God’s command to give.

“Bring the whole tithe into the store-house, that there may be food in My house, and try Me now, says the LORD of hosts, if I will not open you the windows of heaven, and pour you out a blessing, that there shall be more than sufficiency.” (Malachi 3:10)

Before the coming of this day, however, it is traditionally believed that God will send Elijah the prophet—the one who never died but went up to heaven alive in a fiery chariot.  For this reason, a place is set at every Passover Seder (ritual meal) for Eliyahu HaNavi (Elijah the Prophet) in the hopes that this will be the year he arrives, signaling the imminent coming of the Messiah.

“Behold, I send you Elijah the prophet before the coming of the great and awesome Day of the Lord.”  (Malachi 4:5)

On Shabbat HaGadol, the Haggadah (The Telling) is read in preparation for Pesach.

As Believers, we understand that Passover does indeed contain a great secret:  it looks forward to the redemption of mankind through the coming of the Messiah.

In the haggadah, the Four Questions are read.  The first questions is, “Why is this night different from all other nights?”

In this Passover season, may we open our mouths and boldly speak of why this night is different than all other nights! 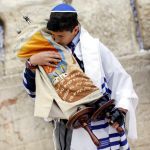 Parasha :  Shabbat Gadol and the Day of the Lord
Jewish Year 5782