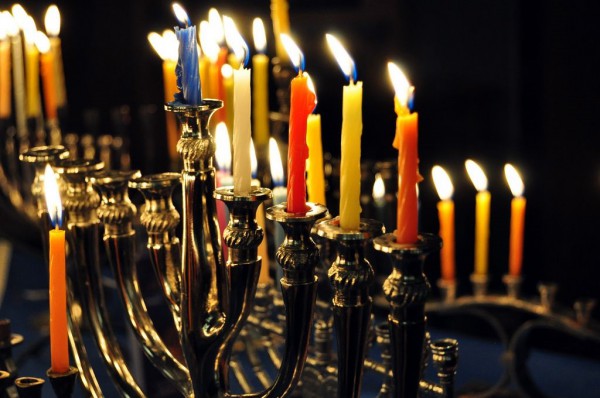 Chanukah menorahs lit for the fourth day of Chanukah

In last week’s study, Joseph’s brothers became jealous of Joseph and plotted against him because his father favored him above his other sons and because his prophetic dreams revealed his own grand destiny.  So they threw him into a pit and then sold him into slavery.  While serving honorably as a slave, Joseph was set up and sent to prison for a crime he didn’t commit.

In this week’s reading, Joseph is finally about to come to the end of his many trials and enter into his destiny.  In fact, the name of the Parasha, Miketz, the opening verse of this week’s Torah reading, hints at this since this Hebrew word means at the end of.

Joseph is brought out of the darkness of an Egyptian dungeon to interpret the strange dreams of the Pharaoh.  In just one day, Joseph is promoted from prison to palace; his life was transformed suddenly from darkness to light. 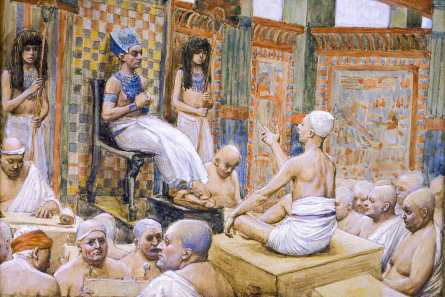 Because Miketz coincides with Chanukah (also called the Festival of Lights) this year, this week’s reading has a special Haftarah (prophetic reading) about the prophet Zechariah’s vision of a grand Menorah.  He says,

Two olive trees feed the Menorah with oil.  The trees are often considered to refer to Joshua the High Priest and Zerubbabel, religious and political figures.

But since prophecy usually represents present and future and trees in Scripture often represent people, the trees are seen by some to represent Jewish Believers and Gentile Believers, sons of oil who give light in the darkness.

Others think the two trees represent the anointing of the Messiah and Ruach HaKodesh (Holy Spirit).  Zechariah promises that the Righteous Branch will come and deal with the sin that separates us from God in a single day.

The connection to the Ruach seems to be supported in verse 6 of Chapter 4:

“This is the word of the LORD to Zerubbabel: ‘Not by might nor by power, but by My Spirit,’ says the LORD Almighty.”  (Zechariah 4:6) 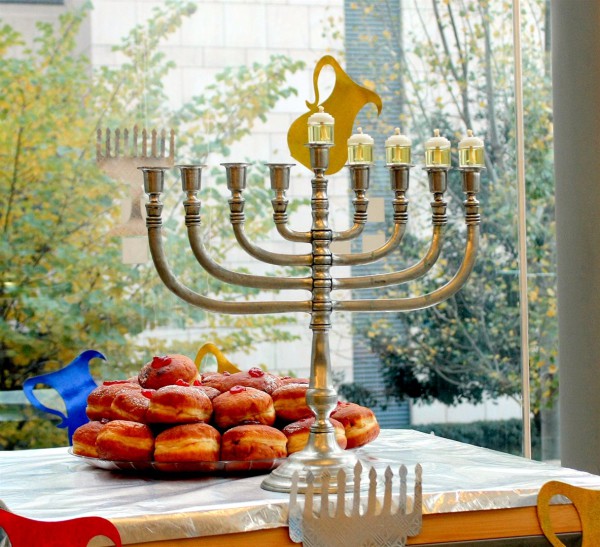 The fried food of Chanukah, which includes donuts (sufganiyot), represents the miracle of a one-day supply of consecrated oil for the Temple Menorah lasting eight days during the purification process.

In the Holy Sanctuary, the light of the Menorah became a symbol of God’s Divine presence; its light shined not only inside the Temple, but tradition says it also shined out the windows and into Jerusalem where people could see its rays during the dark nights.

Some people even experience what has been termed S.A.D (Seasonal Affective Disorder)—a particular depression brought about by a deficiency of sunlight.

Likewise, when we are going through our “long, dark night of the soul,” we feel more intensely our desire to see even a glimmer of light.

The Hebrew prophet Isaiah wrote of a “Great Light” that would one day come to lift people out of the gloomy darkness: “Nevertheless the gloom will not be upon her who is distressed …  The people who walked in darkness have seen a great light; those who dwelt in the land of the shadow of death, upon them a light has shined.”  (Isaiah 9:1–2) 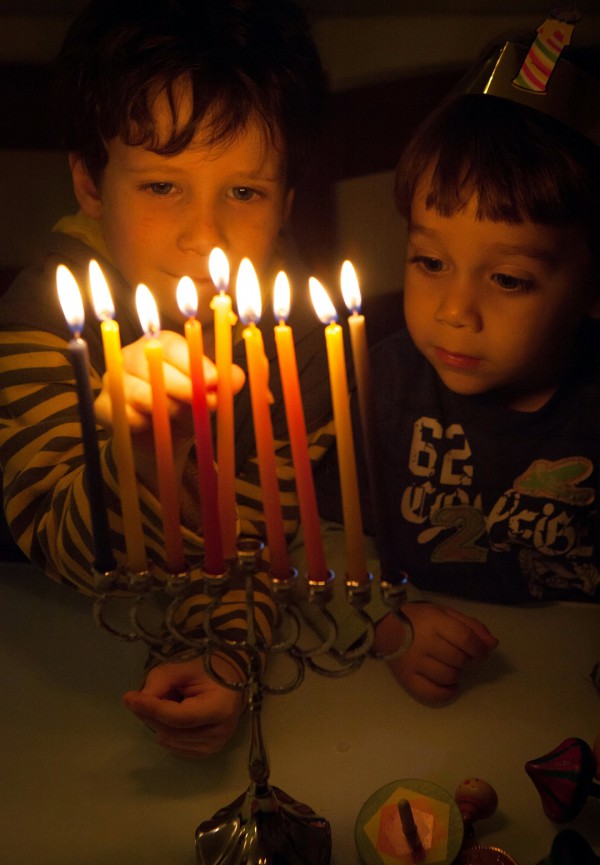 Yeshua HaMashiach (the Messiah—the Anointed One) said, “I am the Light of the world. Whoever follows Me will never walk in darkness, but will have the light of life.”  (John 8:12) 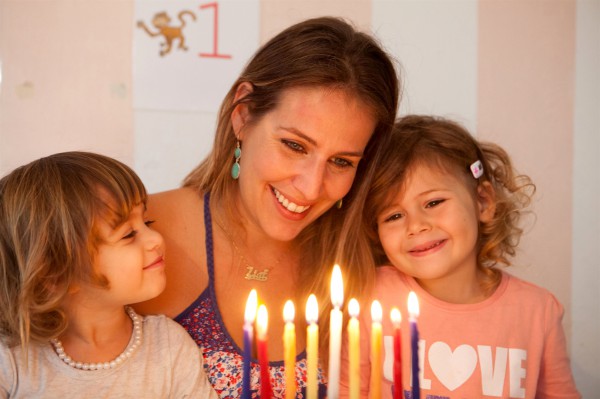 Enjoying the light of the hanukkiah.  (Photo by Dana Friedlander / Go Israel)

Chanukah is a celebration of light.

It was both a physical salvation and a spiritual one, since the Jews were not only rescued from persecution, but also liberated from an enforced Hellenistic/Greek religious system and culture.

They fought for freedom to worship the one true God and keep His commandments as written in the Torah.

But did Yeshua celebrate Chanukah?  The only reference in Scripture to Chanukah is found in the Brit Chadashah (New Testament), and it indicates that He more than likely kept the festival.

The Gospel of John reveals that Yeshua walked in the courts of the Temple during Chanukah:

“Now it was the Feast of Dedication in Jerusalem, and it was winter.  And Yeshua walked in the temple, in Solomon’s porch.”  (John 10:22–23) 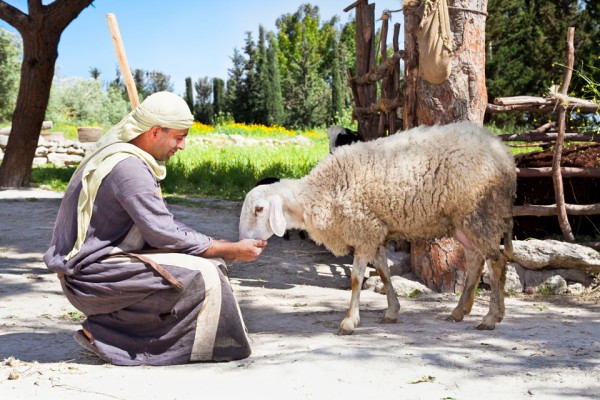 In this week’s suggested Brit Chadashah portion, Yeshua the Messiah proclaimed His mission as one of healing the brokenhearted and setting captives free.

“The Spirit of the LORD is upon Me, because He has anointed Me to preach the gospel to the poor; He has sent Me to heal the brokenhearted, To proclaim liberty to the captives and recovery of sight to the blind, To set at liberty those who are oppressed; To proclaim the acceptable year of the LORD.”  (Luke 4:16–19; see also Isaiah 61:1) 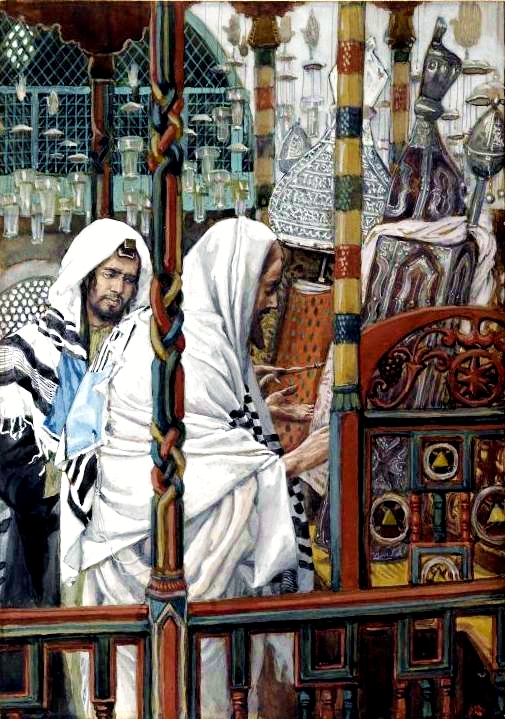 At the time of Joseph’s release from prison, he was 30 years old, just as Yeshua was 30 when he began His public ministry.

Also, Joseph had been so changed during his time in Egypt, that his brothers no longer recognized him.

Likewise, Yeshua’s Jewish brothers and sisters are unable to recognize Him as their Jewish Messiah, often because they do not read or understand the Messianic prophecies.

Another reason for this is the way Yeshua has been portrayed by Christians over the centuries: He seems to have ceased being the observant Jew who faithfully kept the commandments of God in the Torah and has, instead, been labeled as the Gentiles’ “god.” 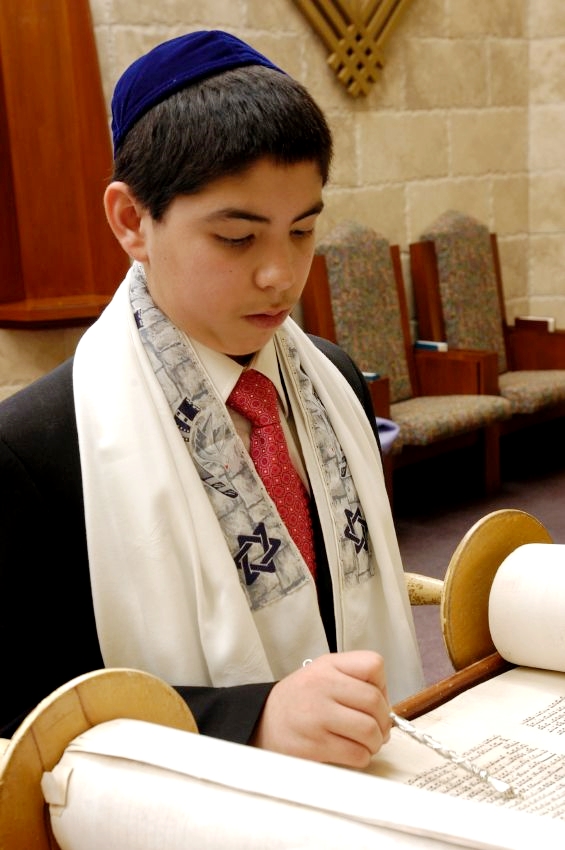 Yeshua’s identity has been so changed that the great majority of Jewish people cannot fathom that this “Jesus” could possibly be the Jewish Messiah (Mashiach) for whom they have been waiting, longing, and praying for over 3,000 years.

Nevertheless, the prophet Zechariah told us that one day, all the Jewish people will recognize Him:

Today, thousands of Yeshua’s brothers and sisters are coming to understand who He truly is.  They are often called Messianic Jews and their search for the Messiah of the Scriptures has ended.  These “completed Jews” are steadily gaining recognition as a legitimate sect of Judaism in Israel and in the world. 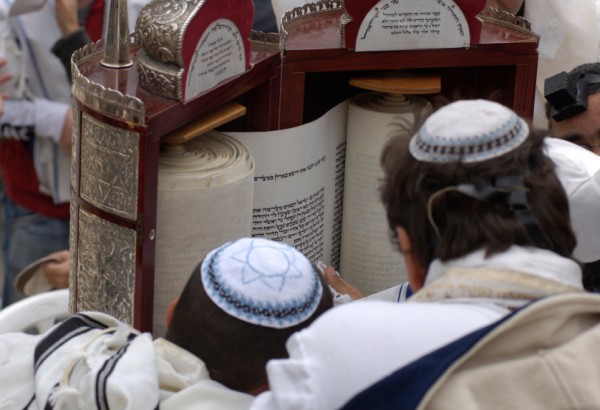 “When He appeared as a human being, He humbled himself still more by becoming obedient even to death—death on a stake as a criminal!  Therefore God raised Him to the highest place and gave Him the name above every name …”  (Philippians 2:8–9)