Parasha Shemot (Names): When Things Seem to Go From Bad to Worse

“These are the names [ve’eleh shemot] of the sons of Israel who went to Egypt with Jacob, each with his family.”  (Exodus 1:1)

In last week’s Torah portion (Parasha), the first of the five books of Moses, Genesis (Bereisheet—In the Beginning), ended with the deaths of Jacob and Joseph.

This week, we begin the second book of the Torah, Exodus, called Shemot in Hebrew, which means names.

This Parasha describes the suffering of the Israelites under bondage to the Egyptians, the birth of Moses, and his miraculous salvation from out of the Nile River.  It also describes his calling to deliver Israel and his encounter with Pharaoh. 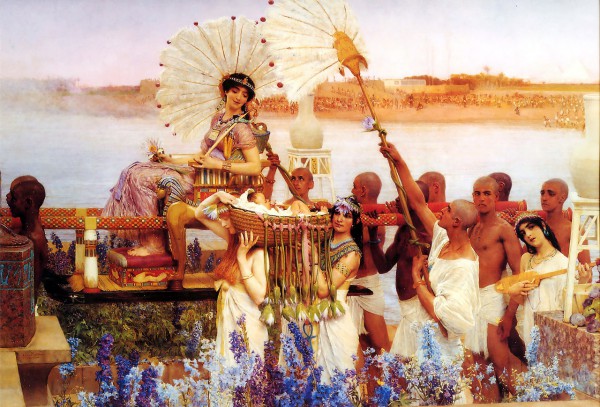 The Finding of Moses, by Lawrence Alma Tadema

“The descendants of Jacob numbered seventy in all; Joseph was already in Egypt.”  (Exodus 1:5)

Although only 70 descendants of Jacob (whom God renamed Israel) came into the Land of Egypt at Joseph’s invitation, they soon multiplied into such a great and mighty people that the new pharaoh, who did not know Joseph, felt threatened by them.  He feared that the Israelites might join Egypt’s enemies in battles against them.

“The Israelites were exceedingly fruitful; they multiplied greatly, increased in numbers and became so numerous that the land was filled with them.”  (Exodus 1:7)

To counter the growing strength of the Israelites, the Egyptians forced them into bitter labor, building store cities for Pharaoh and working the fields. 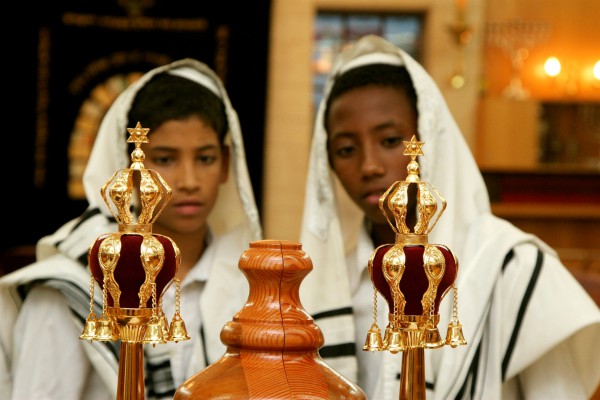 When they continued to multiply, he ordered the Hebrew midwives to kill all newborn males.  But at least two, Shifrah and Puah, did not.  God, therefore, supernaturally protected their lives, even blessing them with families and multiplying the Israelites even more (Exodus 1:16–21).

So Pharaoh turned to the Egyptians, commanding them to throw all male newborn Hebrews into the Nile River (Exodus 1:22).

The Levite parents of Moses had such great faith that instead of complying with the Pharaoh’s order, they hid their infant son for the first few months of his life.

But babies grow and, eventually, he could no longer be hidden, so they put him in a basket and set him afloat on the Nile among the reeds.

Even in this desperate circumstance, the protective hand of God was on this boy of destiny.  Pharaoh’s daughter spotted the basket.  When she saw the Hebrew baby inside, she had pity on him and took him as her own.

Instead of drowning in the Nile or dying at the hands of the Egyptians as the other newborn boys did, Moses was raised in Pharaoh’s palace as a prince of Egypt. 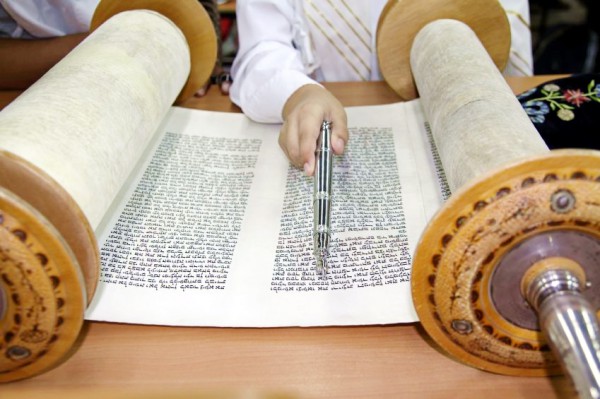 Reading from a Torah scroll using a yad (literally, hand) to follow the text without obstructing the view of others who are following along.

This dramatic account of the infant Moses parallels the life of the infant Yeshua (Jesus), who was also sentenced to death by the order of King Herod, who decreed that all Jewish male infants in Bethlehem be killed.

“Then when Herod saw that he had been tricked by the magi, he became very enraged, and sent and slew all the male children who were in Bethlehem and all its vicinity, from two years old and under, according to the time which he had determined from the magi.”  (Matthew 2:16)

Just as Moses was saved by his mother, so was Yeshua saved by the obedience and faith of his earthly father, Joseph, who was warned in a dream to flee to Egypt.

What irony that the very place of danger and death for the Hebrew babies in the days of Moses became a place of refuge for Yeshua when He was but a baby! 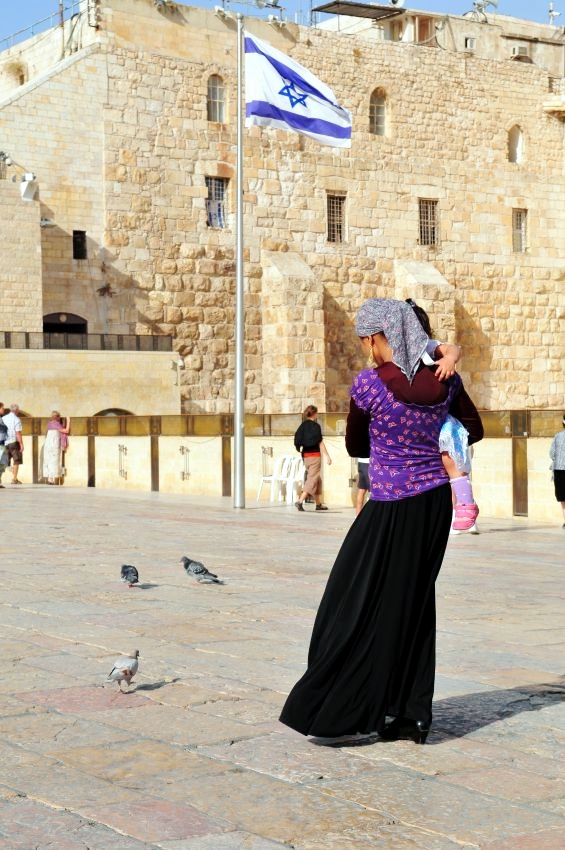 Jewish mother and child in Jerusalem

Because Pharaoh’s daughter drew the baby from the Nile, she called him Moshe (מֹשֶׁה) from the word moshech, meaning pull or draw.

Moses grew up in the royal Egyptian palace, but it seems that the burdens of his fellow Israelites troubled him.

One day, he saw an Egyptian slave master beating a Hebrew.  Even as a young man, Moses felt the calling to deliver his people, but he stepped ahead of God’s timing.  In the process of defending this Israelite slave, Moses killed the Egyptian and fled to Midian to escape Pharaoh’s death decree over him.   (Exodus 2:15)

Again in Midian, Moses expressed his calling as a deliverer by saving the daughters of the Priest of Midian who had come to the well where he sat.  They wanted to draw water for their flock, but shepherds tried to drive them away.  Moses intervened and watered their flocks for them. 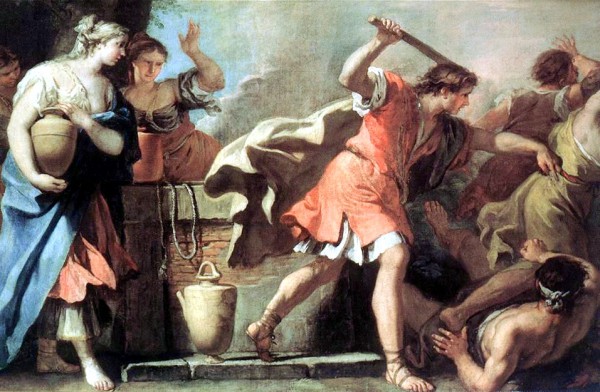 Moses Defending the Daughters of Jethro, by Sebastiano Ricci

The Priest of Midian welcomed Moses to live with him and even gave Moses his daughter, Zipporah, as a wife.

Moses spent the next 40 years shepherding sheep in the land of Midian, a period of time that God used to prepare him to shepherd His people Israel out of Egypt.

Only when the children of Israel cried out to God, did the time come for God to make His move:  “And God heard their groaning, and God remembered His covenant with Abraham, with Isaac, and with Jacob.”  (Exodus 2:24)

An angel of God appeared to Moses from out of the flame of a bush that burned but was not consumed.

From the midst of this burning bush at the foot of Mount Sinai, God told Moses he had heard the cries of His People and was sending Moses to go back to Pharaoh in His name and His power on His behalf. 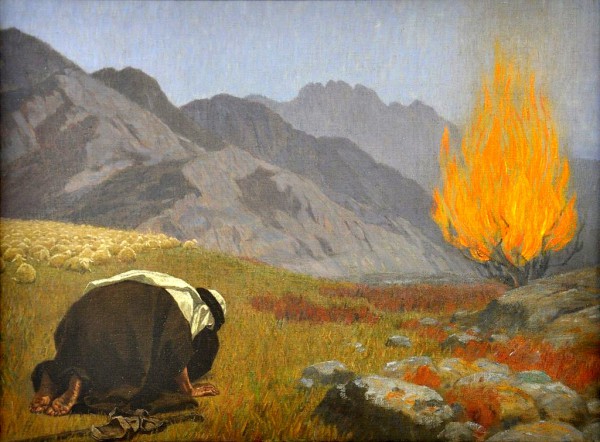 Moses and the Burning Bush, by Gebhard Fugel

By this point, this prince of Egypt had been so humbled by his lengthy wilderness experience that he seemed to lack confidence when it came to his role as a leader of a nation.

First, Moses asked for the name of the One sending him. God answered with His name, Ehyeh Asher Ehyeh—אֶהְיֶה אֲשֶׁר אֶהְיֶה.  Widely translated as I am that I am, the Hebrew grammatical form is actually in the future tense.

Therefore, God’s name is more accurately translated as I will be what I will be.

The message to Moses is perhaps that God can look after the details of the future.  He will be to us whoever and whatever He chooses to be—father, friend, comforter, counselor, or even disciplinarian.  We can trust in God’s infinite wisdom to be who we need in our lives at each moment in time.

Even with this assurance, Moses still feels unqualified for the task, especially since he is slow in speech.  He begs God to send someone else; therefore, He allowed Aaron, Moses’ brother, to accompany him and act as his spokesperson.

When they reached Pharaoh, the message to be delivered to him would be: “Thus says the Lord, ‘Israel is My firstborn son, and I say to you, “Let my son go that he may serve Me.”’”  (Exodus 4:22–23) 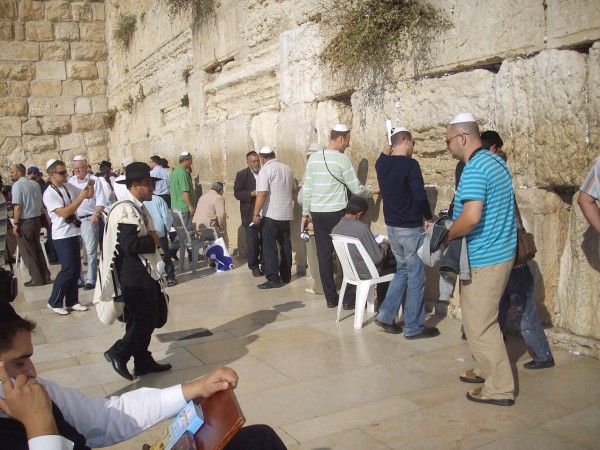 There is much we can take from this story of Moses’ progression as a leader.

He was not ready for leadership overnight.  Likewise, we may understand that we have a calling on our lives, and this might become evident time and time again.  Still, we must wait for that time when the Lord chooses to release us into the fullness of our destiny.

As well, we might also feel incapable of accomplishing anything for the Lord, having lost much of our self-confidence through the trials and tribulations of life; whatever our experience, it still remains true that God’s presence and help is all we need to fulfill the destiny He has assigned to us. 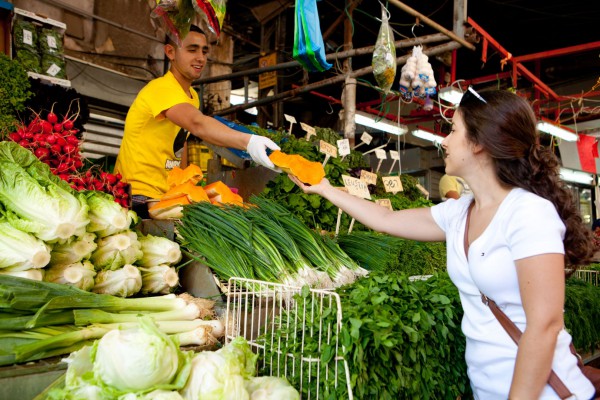 We can also learn from the suffering of the Israelites.  Despite the tyranny by the Egyptians, the People of Israel still grew mighty in number.

Oppressive circumstances cannot prevent God from carrying out His purposes and fulfilling His promises.

We might suffer under some sort of bondage or pain for what seems like a very long time, but we can rest assured that God hears our cries.

He remembers the covenant we have with Him through our Messiah Yeshua, which provides a way out of our spiritual bondage and into our inheritance—if only we accept it.

Though God is true to His promises, we still need to keep crying out to Him for deliverance and waiting in faith and hopeful expectation to move on our behalf in our spiritual and our earthly afflictions.

God is not deaf, nor aloof to our suffering. His arm is not too short to save: “The righteous cry out, and the LORD hears them; He delivers them from all their troubles.”  (Psalm 34:17) 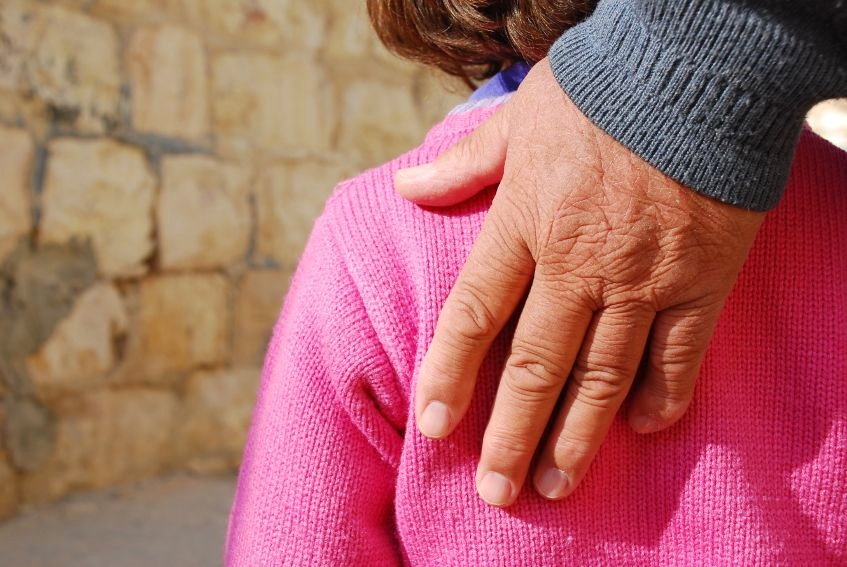 Though Moses entered Egypt and delivered God’s message to Pharaoh, nothing changed immediately.

Moses might have felt like he failed God, but God has a greater plan for even our failures, and they end in glorifying His name.

Through plagues and judgments (called makot in Hebrew which can also mean beatings), God proved His position as the One True God of Abraham, Isaac, and Jacob, and that the gods of the Egyptians were nothing.

Through these judgments, we also see that whatever a nation or even an individual does to Israel, for good or for evil, God will return it unto them: “For the day of the LORD upon all the nations is near; as you have done, it shall be done to you; your reprisal shall return upon your own head.”   (Obadiah 1:15; see also Genesis 12:3) 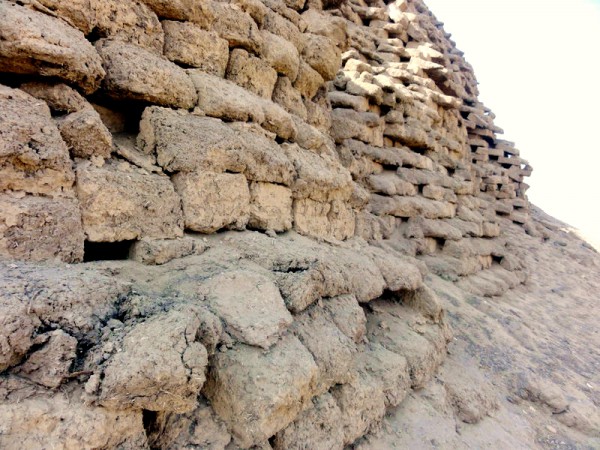 Closeup of the mud and straw bricks of Amenemhet III pyramid at Hawara, Egypt.

Parasha Shemot does not end with a mighty deliverance but, rather, with the situation becoming even worse—if that were even possible.  Pharaoh made the Israelites’ labor even more difficult by demanding that they find their own straw, while maintaining the same quota (Exodus 5:18).

The people turned on Moses and Aaron in their bitterness. Moses responded by turning to the Lord.  With raw honesty, Moses asked why He had not delivered His people as He promised.

“Lord, why have You brought trouble on this people?  Why is it You have sent me?  For since I came to Pharaoh to speak in Your name, he has done evil to this people; neither have You delivered Your people at all.”  (Exodus 5:22–23) 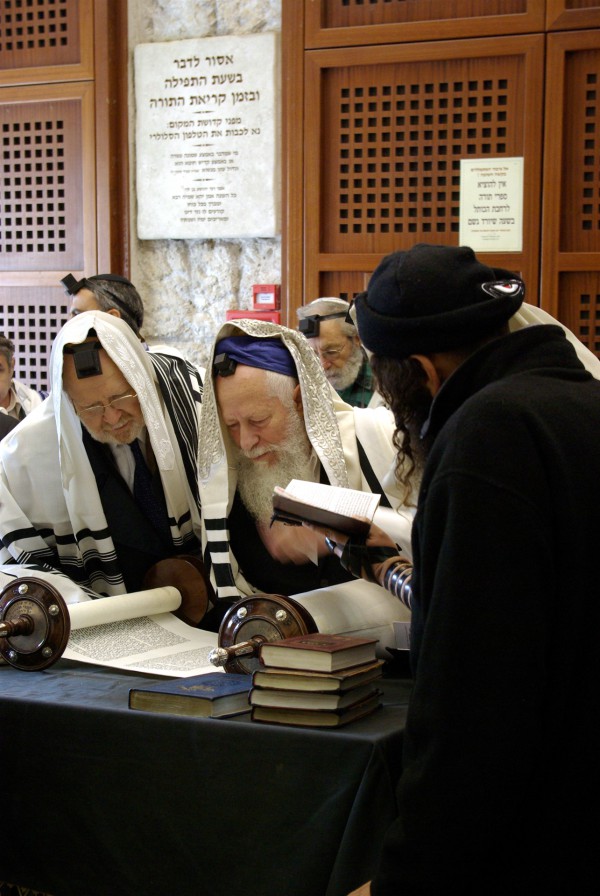 We might also feel this way when it seems we are doing what God has asked us to do, and things get worse, not better.

Sometimes, when God is preparing to do something great and mighty in our lives, the situation can worsen for a time. In our lives, pharaoh represents those who oppress us and even Satan, the spiritual enemy of our souls, who resists our freedom with all his might.

In such circumstances, we should not give up our faith, for in due time we will see God’s mighty hand and outstretched arm deliver us in His perfect way and time.

“Rejoice in hope, be patient in tribulation, be constant in prayer.”  (Romans 12:12) 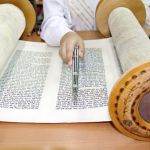