Is It Foolishness or Wisdom? 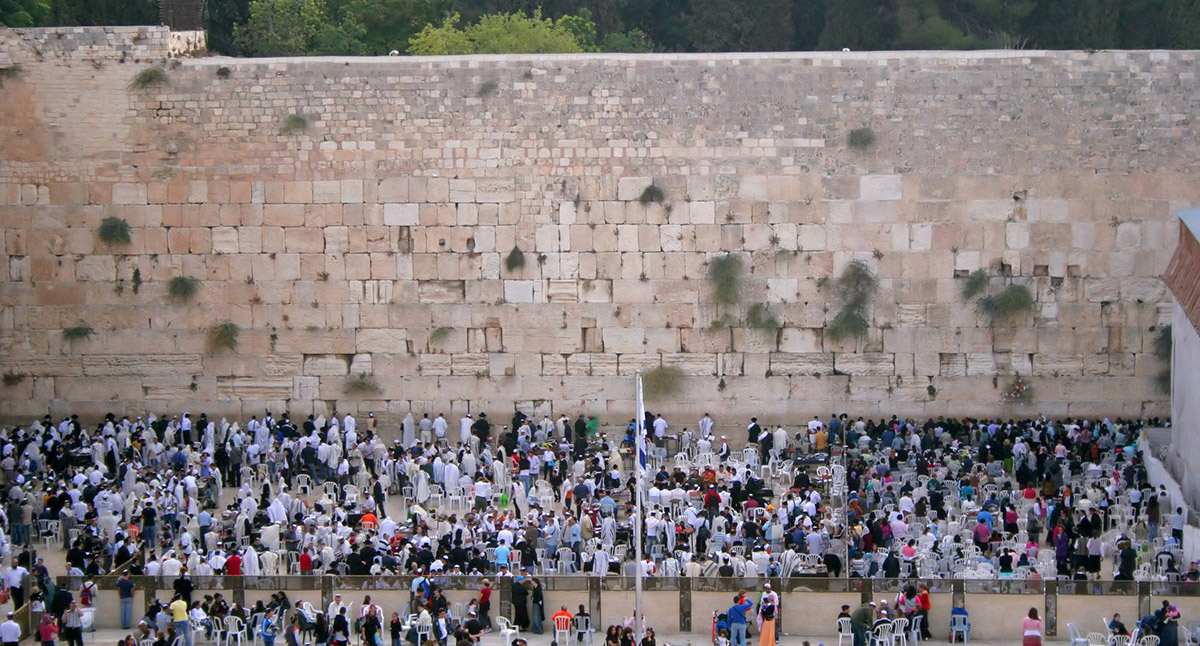 You might think that you know people who are foolish.  Perhaps you work with them or sit near them in your church.  But are they really foolish?

So, what exactly makes someone foolish?

It’s important to get this definition correct because God says that He “chose the foolish things of the world to shame the wise.”  (1 Corinthians 1:27)

Who is foolish and who is wise in God’s eyes? 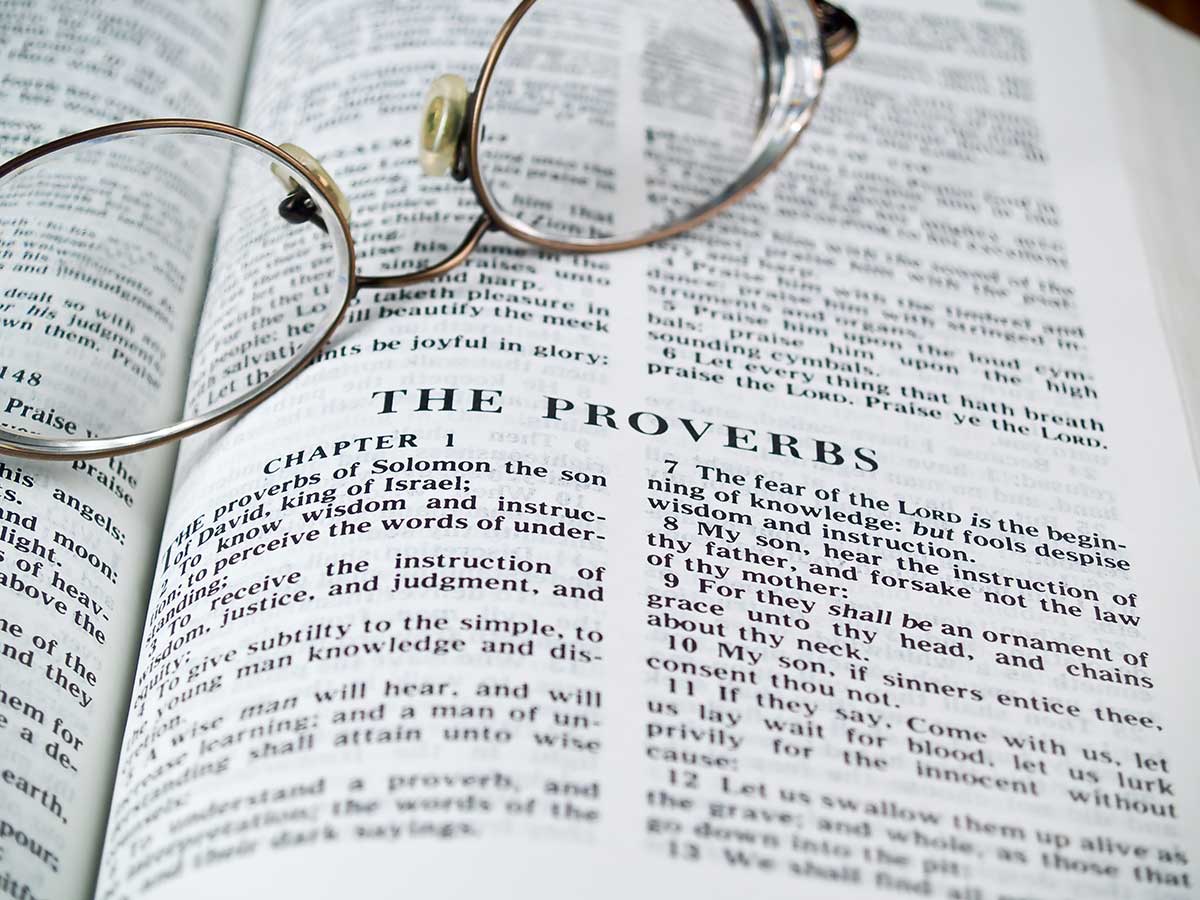 God’s Word has serious rebukes against foolishness while giving great honor and respect to those who are wise:

The Hebrew word for fool is evil — אֱוִיל, pronounced e-veal.

It comes from a root word that means to be perverse, and it always refers to someone who is morally deficient.

In the Bible, one who is morally deficient / foolish is someone who does one or more of the following: 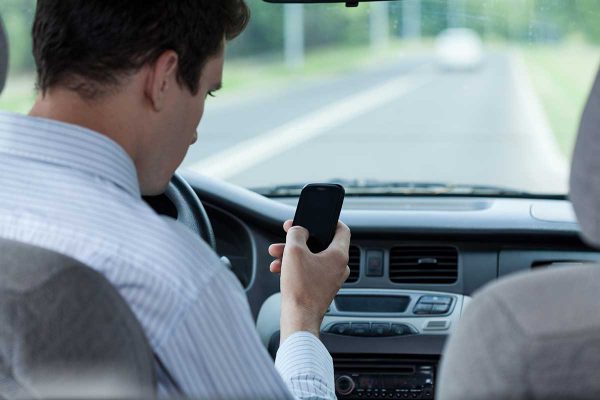 Texting and driving is a careless action.

Today, we see much foolishness as the norm in society.

Traditional ideas rooted in God’s wisdom are labelled as hate speech, and people who hold Biblical values are banned from speaking in schools.

We see this folly in governments who seek their own agendas such as legalizing abortions, prostitution, recreational drugs, and gay marriage.

Most people today consider this to be normal.  But, in fact, it is foolishness to the one who authored wisdom—God.

The Book of Proverbs poetically explains the origin of wisdom this way:

“I [Wisdom] was there when He set the heavens in place, when He marked out the horizon on the face of the deep. …  I was constantly at His side.  I was filled with delight day after day, rejoicing always in His presence, rejoicing in His whole world and delighting in mankind.”  (Proverbs 8:27–31) 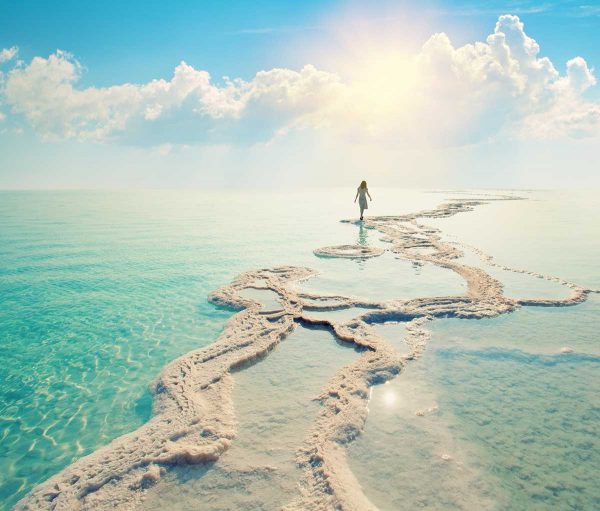 When Someone Says, “There is no God!”

Some people refuse to accept the truth of God, others just don’t know about Him.

Sometimes, God puts such people in our lives to plant seeds, to share His love and truth. We must always be prepared to give an answer to them with gentleness and respect, as Peter instructed us to do (1 Peter 3:15).

So, it is very important for us to always be sharing the truth, love, and Word of God with the lost. 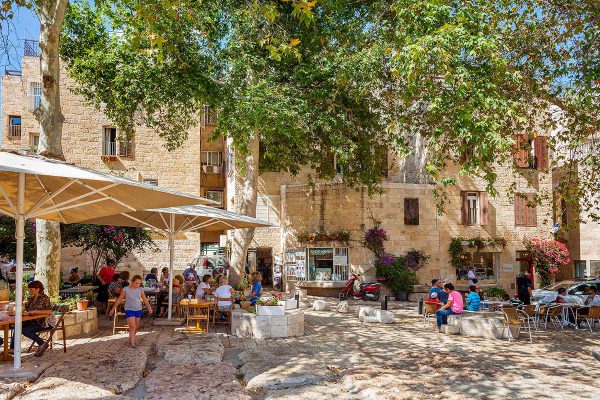 God is faithful and ready to present Himself to a heart that is sincerely seeking truth.  Sometimes He answers their call Himself.

Sometimes He just shows up unannounced and uninvited as He did with Rabbi Shaul (Apostle Paul) on the road to Damascus (Acts 9).

He might speak to someone through a dream, a vision, or just His voice.  Maybe even a combination of them.

This was the case with Beverly, a woman we ministered to.  She was raised in a so-called Christian home, though she was never born again. 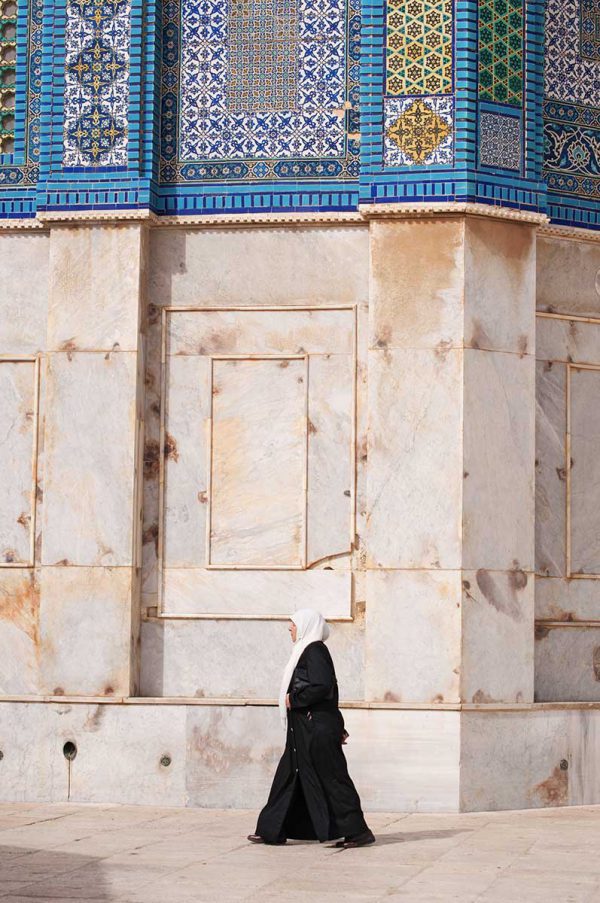 Woman wearing a burka in front of the Dome of the Rock on the Temple Mount in Jerusalem.

She married a Muslim man and converted to his faith.  Her new Muslim faith became stronger and stronger, rooted in her god Allah.  She even wore a burka, said daily prayers, and performed Islamic rituals.

Of course, she raised her four children as Muslim.

Then one day she heard a voice speaking to her from a ball of fire above her head telling her to leave Islam.

She later had a vision of a man with pierced hands coming to her (the resurrected Yeshua/Jesus).  But she knew that it went against Islam and thought that the vision was demonic, so she said her Islamic prayers more fervently.

Then one day, she again heard the same voice that had come from the ball of fire, and she knew it was God.  The voice told her that she had to choose between Allah or Jesus.

Even though she grew up in a Christian home, she never knew the Lord personally.  It took God Himself reaching out to her through His voice and visions for her to enter into a relationship with Him. 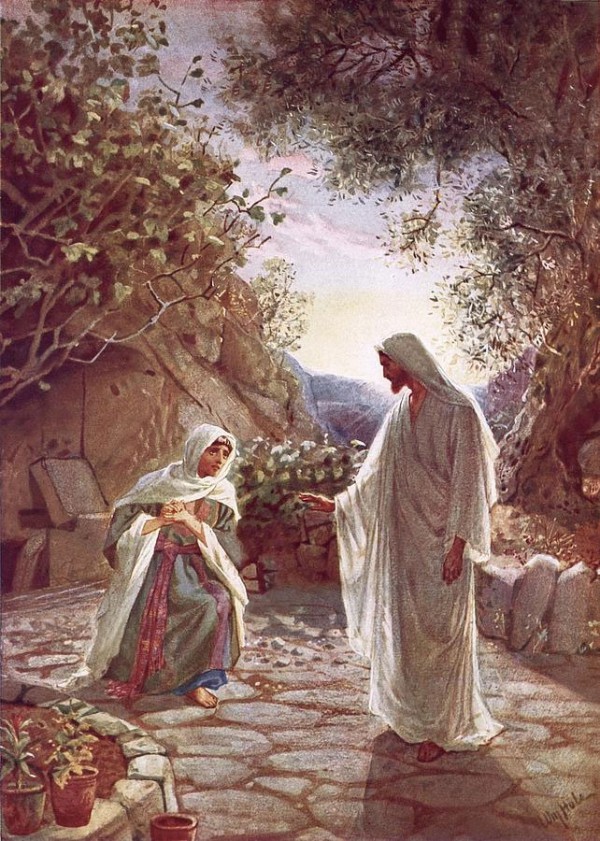 If someone is sincerely searching, and even sometimes when they aren’t, He will either reach out Himself or He will use a Believer who is a willing vessel to deliver the message of His love and His plan for their salvation.

“Here I am! I stand at the door and knock.  If anyone hears My voice and opens the door, I will come in and eat with that person, and they with Me.”  (Revelation 3:19–20)

Beverly was wise to turn to the Lord.

Make no mistake about it;  those of us with faith in God also engage in folly and foolishness, which in essence is disobedience to God.

Adam and Eve were created by God who is Perfect; however, they believed the lies of the serpent, which induced dire consequences for all mankind  (Genesis 3:22).

Moses was denied entry to the Promised Land because he used his own wisdom and struck the rock, instead of speaking to it as God commanded  (Numbers 20:12). 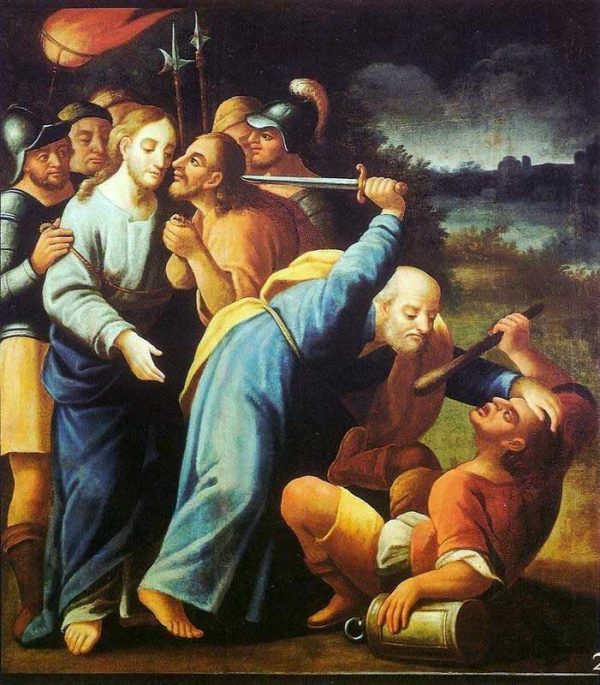 Peter cutting off the ear of Malchus (1786), by José Joaquim da Rocha

Samson finally gave in to Delila, against the wisdom of God.  He lost his strength and his life (Judges 16).

The Apostle Peter often acted out of his own flesh instead of first asking God what he should do.

Another time, Peter advised Yeshua that no harm would ever come to Him, and he would make sure of it  (Matthew 16:22).

However, Yeshua advised Peter saying,  “You are a stumbling block to Me;  you do not have in mind the concerns of God, but merely human concerns”  (Matthew 16:23).

This is the foundational question we need to ask ourselves when discerning if someone is being foolish or wise — does the person’s actions or speech further God’s plans or try to stop them?

In other words, do their actions or speech line up with the character of God? 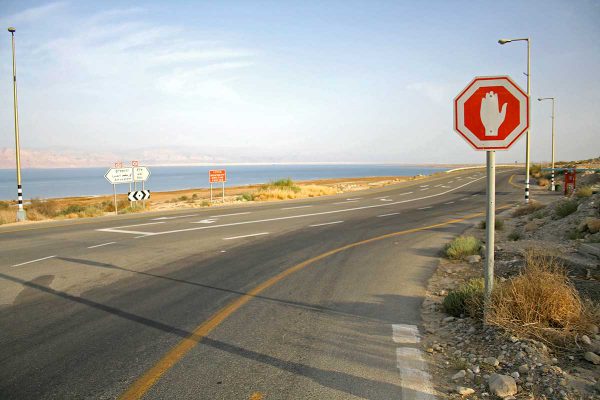 Stop sign in the Dead Sea region of southern Israel.

When we are engaged in doing God’s work, the foolishness of the world and sometimes even other Believers around us will try to stop us.  But our concern must stay focused on God’s concerns, fearing Him and not man.

That is the beginning of wisdom, after all.

“The fear of the LORD is the beginning of wisdom;  A good understanding have all those who do His commandments;  His praise endures forever.”  (Psalm 111:10) 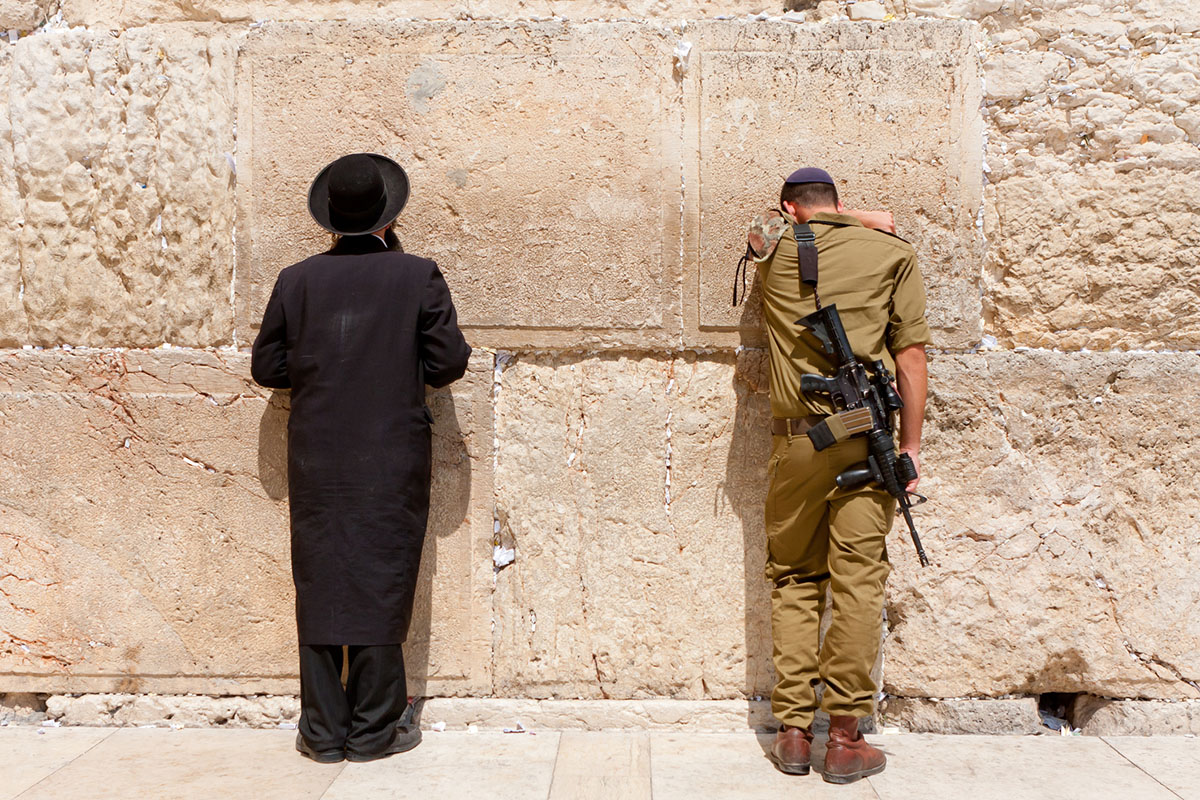 Overcoming Foolishness with the Help of God’s Spirit

Have you ever asked God a question only to have the answer appear before your eyes or come to your mind instantaneously?

This happens because “no one knows the thoughts of God except the Spirit of God. What we have received is not the spirit of the world, but the Spirit who is from God, so that we may understand what God has freely given us.” (1 Corinthians 2:11-12)

The Holy Spirit is here to help us, to give us the knowledge and understanding we need to do His work.

Our priority is to sincerely ask Him to help us replace any foolishness in us, with His wisdom. This involves doing the opposite of the foolish actions listed above:

Taking wise and not foolish actions will make us strong and able to accomplish exploits that human wisdom cannot and it will help us to become mature in God.