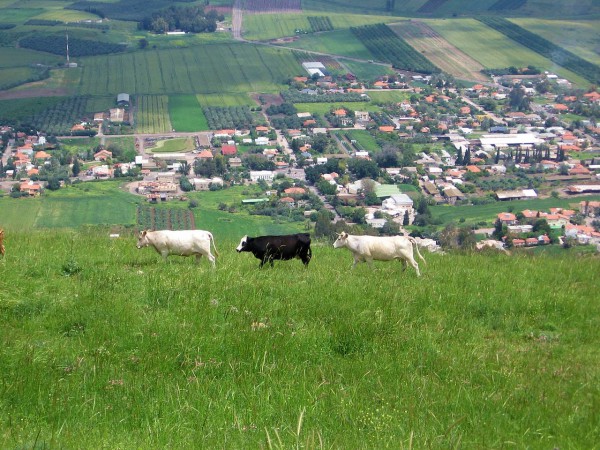 Yavneel is one of Israel’s oldest rural Jewish communities. It is located in the Yavneel Valley, southwest of Tiberias and was founded on October 7, 1901.  (Photo by Limrem)

“And so all Israel will be saved, as it is written: ‘The Deliverer will come from Zion, He will remove godlessness from Jacob.'”  (Romans 11:26)

Messianic Believer and artist Dalia Rosenfeld was born in British Mandate Palestine just before the Second World War.  God would lead this native Israeli to faith during some of Israel’s most difficult and formative years.  Her journey to faith would include some tragic personal losses and some amazing evidence of God’s love.

We begin her story in 1929 when Dalia’s parents immigrated to the Land from Poland.  They raised their family in the small farming community of Yavneel, which is outside of Tiberias near the Sea of Galilee.

Many Jewish lives were lost in the area’s small farming communities due to frequent attacks on the roads by residents from the surrounding Arab villages.

For that reason, newborn Dalia was brought home from the hospital in Tiberias in an armored car. 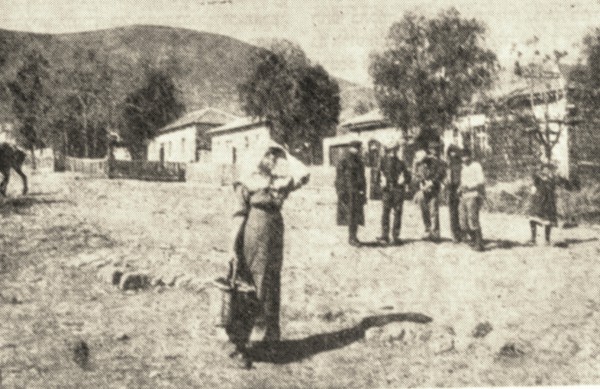 She was the third child of Zelig and Batsheva Nachumi, whose second child died in infancy before Dalia’s arrival.

Dalia suspects that loss might help to explain the special attention she received while growing up; she admits that she could always manage to get her way.

She had the ability to charm everyone, even the British troops of pre-state Israel that arrived at her village to search for illegal weapons.

Many of the residents of Yavneel, a place mentioned in Joshua 19:33 as forming part of the border of the tribe of Naftali, were members of the pre-state Haganah defense force.  Since this organization was illegal under the British, as was the bearing of arms, hidden caches of weapons were stored throughout the community.

Periodically military forces would arrive in the village to scout out these illegal weapons and to disarm the Jewish forces.

In one incident in Dalia’s eventful childhood, she entertained these soldiers with dancing and childlike performances while her mother supplied them with wine and cake, giving members of the Haganah time to move the preciously needed weapons to a safer location. 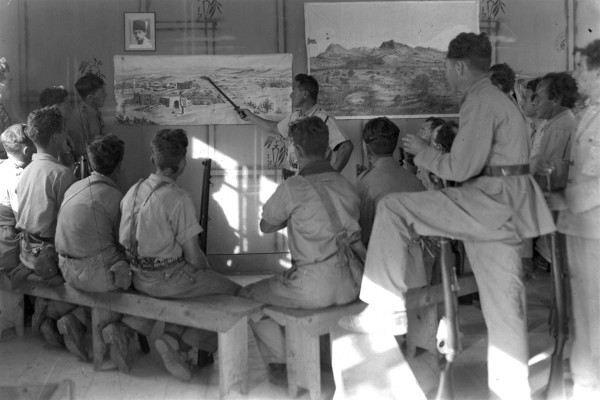 Haganah instructors at a kibbutz receive a lesson in topography in 1938, the year of Dalia’s birth.  (GPO photo by Kluger Zoltan)

Some time later, after the establishment of the state, Israel’s first president, Chaim Weizmann, visited Yavneel.

She sat on his lap during a program honoring this dignitary.

During the war for Israel’s independence and the days leading up to it, the young men of the village joined their military units every morning to fight Arabs in the surrounding countryside.  Most returned home in the evening.

Dalia recalls the loud mourning of a fallen soldier’s mother: Dalia’s neighbor did not return, having been killed in battle.  Sadly, over the years, too many of Dalia’s fellow Yavneelis fell in the defense of their country. 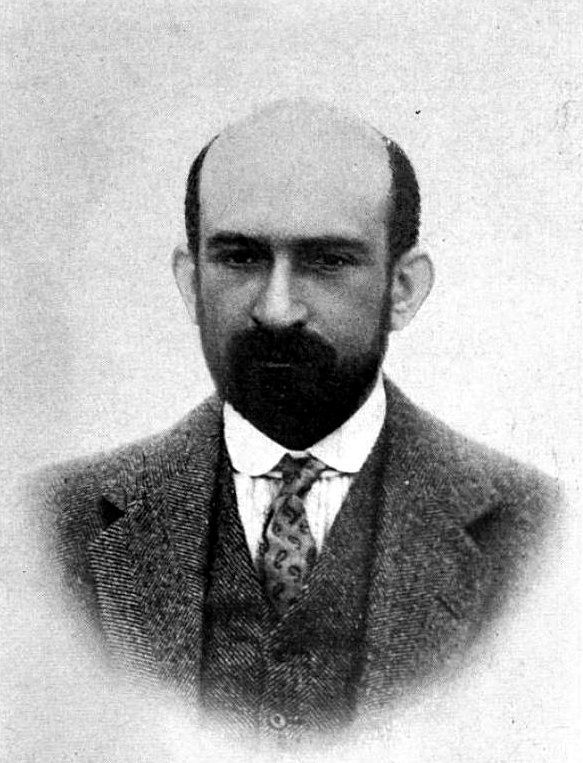 By 15, Dalia had moved to Kibbutz Beit HaShita to attend high school.

It was at this kibbutz that she met her husband Hanoch, whom she married a few years later.  Together, they had three children: Oren, Gat, and Shva.  Tragically, Hanoch, who was a gifted artist, writer, and photographer died in a motorcycle accident, leaving Dalia a widow at the age of 25.

The following year, a young American studying to be a Reform rabbi at Cincinnati’s Hebrew Union College (HUC), came to the kibbutz to attend an Ulpan Hebrew work-study program.

Barry had not been at the kibbutz long before the two met and fell in love, marrying and returning to Cincinnati with the three children.

Barry switched from HUC to the University of Cincinnati where he completed two masters degrees.  After a short period of work in urban planning, the family returned to Israel where they lived in the early 70s.

Following this, the family moved to Belize in Central America where Barry managed several agricultural projects and where he met a Southern Baptist American Missionary, who shared the Good News of Yeshua (Jesus) with him.

Both he and Dalia were impressed with this family of Believers whom God had placed on an adjoining property.  The warm climate meant open doors and verandas, enabling both Dalia and Barry to witness what seemed to be their carefree and loving life. 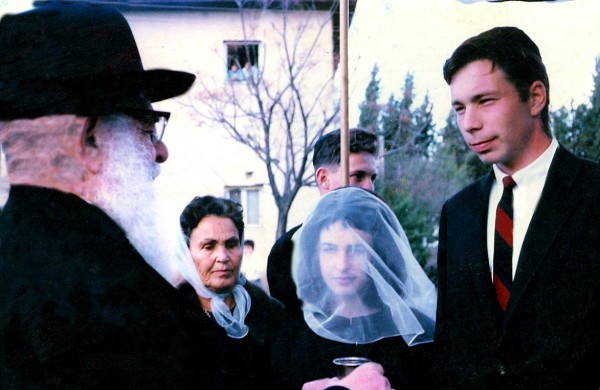 Barry and Dalia married in Afula, Israel in 1965.

By this time, the Rosenfeld family had added two children to their family: Eilat, who had been born just before their return to Israel, and Adam, who was born during this time in Belize.

Often, Dalia and Barry would join Otis and Martha and their son David for dinner and prayers.  One night, Otis spoke with Barry about accepting Yeshua (Jesus) as his Savior.  Barry was not yet ready for that, but he did have an open ear and heart.

Shortly after this, the Rosenfelds returned to Cincinnati where Barry began doctoral studies at the university.

Soon after, Messianic leader Michael Wolf came into their lives, and they began to occasionally visit the local Messianic synagogue.

Barry and Dalia discovered that they had moved into a community of Believers, living only a block or so away from the Wolfs and having other Believers on all sides.  God had a plan for this family. 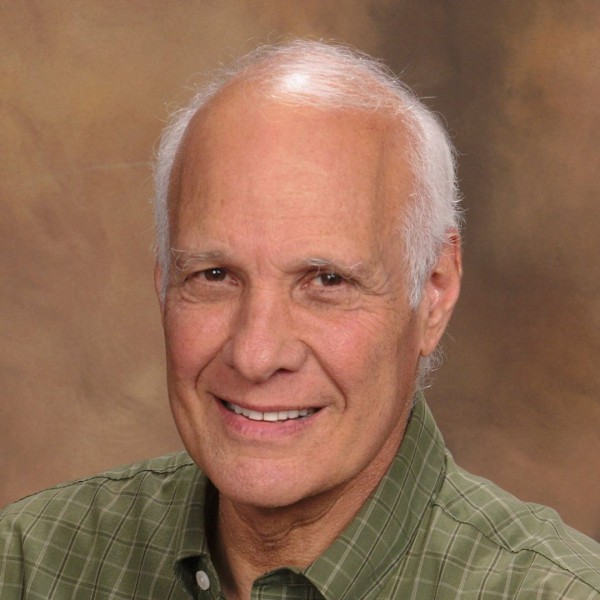 Barry became the first Believer of the family, praying with Michael one day to accept Yeshua into his heart.

Thus followed a period in which Barry attended services with four-year-old son Adam on a regular basis while Dalia stayed at home.

But she couldn’t escape what God had planned for her, especially since she mostly tuned in to the Christian TV station when Barry wasn’t home.

By now, this tough-skinned Sabra (Israeli-born Jew) began to search for an answer to the enigma called life.  She reasoned that she had always been able to handle everything on her own, but this was becoming increasingly difficult.

She dabbled in Scientology but got turned off when it appeared that all they wanted was her money.

Then, one warm Sunday morning, after Barry had gone with Adam to Beth Messiah for Sunday services, Dalia unexpectedly was moved to show up in the middle of the service. 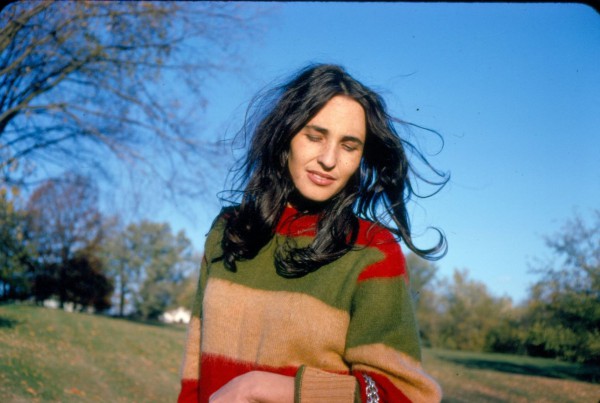 As Dalia explains it:

“Suddenly I had a desire to attend the congregation.  I loved the singing and dancing and just felt a need to be there.  When I arrived, I could see how surprised Barry was.  I had only been there a short time when the assistant pastor stepped up to give the message.  To tell the truth, I was a little disappointed because this man was not really a favorite of mine.  Nevertheless, I listened to the message and was deeply touched.

“The subject was 1 John 4:8 — ‘God is love.’  I had not expected what was happening to me, but my heart was beginning to melt.  Something in this message really spoke to me, and I began to let down all of my defenses.

“After the assistant pastor sat down, Mike got up and began to speak.  He asked everyone to close their eyes and to bow their heads, and then he said: ‘If there is anyone here who would like to receive Yeshua as their Savior and Lord, please raise your hand.’  And then an incredible thing happened, without really knowing what was happening, my hand started to rise up.  I almost wanted to stop it but couldn’t. 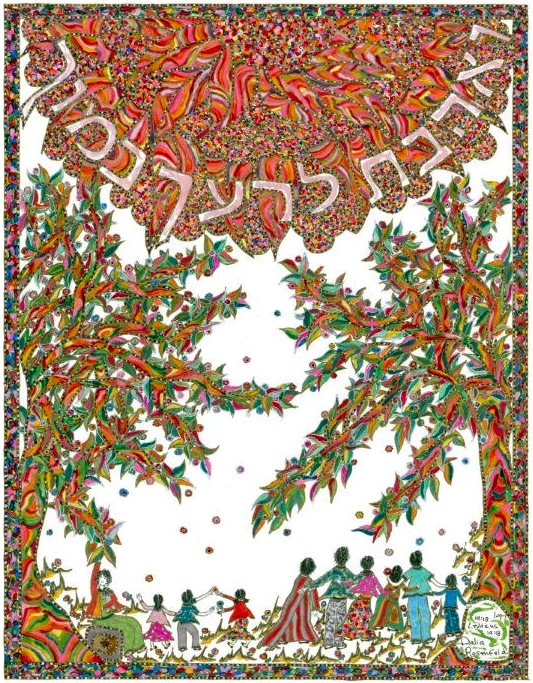 Love Your Neighbor As Yourself, by Dalia Rosenfeld

“After the prayer and the completion of the service, I left my chair and went up to Mike, who seemed to be waiting for me.  As I approached him I said to myself darkly, ‘What have I done?  I’m going to go to hell!’

“I felt like I was passing through a dark tunnel as all of my sins became real to me.  But when I reached Mike it was as if they were all washed away, and my heart leapt as a wave of pure joy washed over me.  I felt truly cleansed.

“A great weight had been lifted from my shoulders, and I was totally and truly free.  I felt like a young child again; everything became new and exciting.

“The following days were days of true delight and my love for Barry — a love which had grown cold, was renewed.  In fact, now I loved everything and everyone.  I had been truly born again.  Mike was concerned that all this joy would fade and I would lose faith, but I knew that this was not going to happen and it hasn’t.

“Many years have passed since that day, and I’ve only grown in the Lord, getting closer to Him on a daily basis and loving Him more each day.

“My faith and love for God have gotten me through many ordeals, including the loss of a son to Lou Gehrig Disease, but my faith has only grown stronger, and I know that I will see my son again one day in Heaven.

“I have seen eternity, which was and is always my answer, and the goodness of God never fades.”

“But Israel will be saved by the LORD with an everlasting salvation; you will never be put to shame or disgraced, to ages everlasting.”  (Isaiah 45:17)