How many of us as children had a favorite superhero?

Most of us today have grown up captivated and inspired by superhuman heroes dedicated to the rescue of helpless victims, always displaying an untiring and selfless pursuit of justice.

We may have read them in comic books and watched them on TV or in movies and wanted to be just like them.

The movie Black Panther opened last weekend with the fifth highest attendance ever for a film and the second highest opening weekend attendance for a Marvel film.  (Variety)

We know these fictitious men and women as Superman, Wonder Woman, Batman, Spider-Man, The Hulk, Captain America, The Fantastic Four, Ironman, the X-men, Thor, The Avengers — and Black Panther, who made his first appearance in the Fantastic Four comic book series.

What do they all have in common and why is our Messianic prophecy ministry  writing about them?

Interestingly, all of these fictitious superhuman heroes were created and published by Jewish men at the same time that the death camps of the Holocaust were being planned, constructed, and murdering millions. 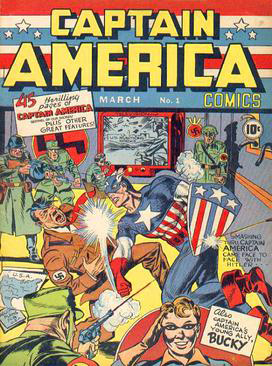 Soon after, Joe Simon and Jacob Kurtzberg invented Captain America — a hero who spends a lot of time punching Nazis.

Kurtzberg (also known as Kirby) partnered up with Stan Lee (Stanley Lieber) to produce Spiderman, The Hulk, The Fantastic Four, Ironman, the X-men, Thor, and the Avengers.

These working-class Jewish men began a new craze that would become a hallmark of American entertainment exported around the world — supernatural comic book characters.

All of these superheroes have commonalities that go beyond supernatural ability; most of them experienced personal grief, loss, and struggles in their earlier lives.

Captain America, Spiderman, and Batman were all orphaned, and Superman lost his whole planet!

Likewise, the creators of these superheroes were no strangers to challenges, loss, grief, and pain.  Jerry Siegel lost his own father to a robbery — is it any surprise that he turned around and made a bulletproof man of steel? 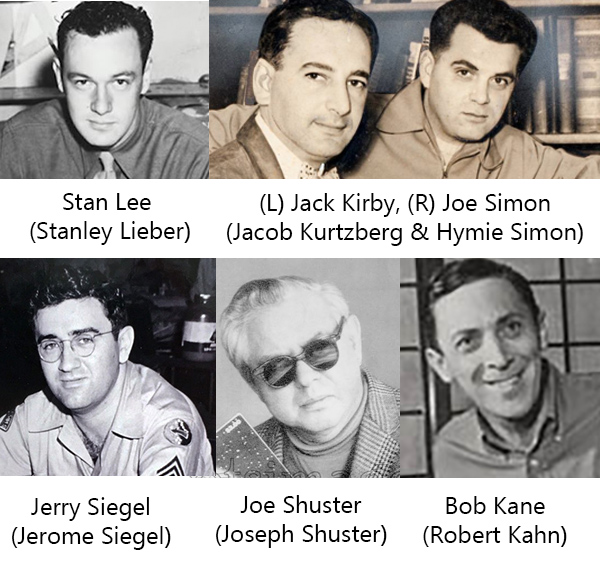 A handful of Jewish men, among many others, who created the modern day superhero craze.

During the terrors of the Holocaust (1933–1945), many Jews felt betrayed by God. In his 1986 Nobel Peace Prize speech, Holocaust survivor, author, and activist Elie Weisel put it this way:

While many Jewish People became disillusioned with God as a supernatural force for good, a superhero that you create and control yourself would not betray or disappoint. 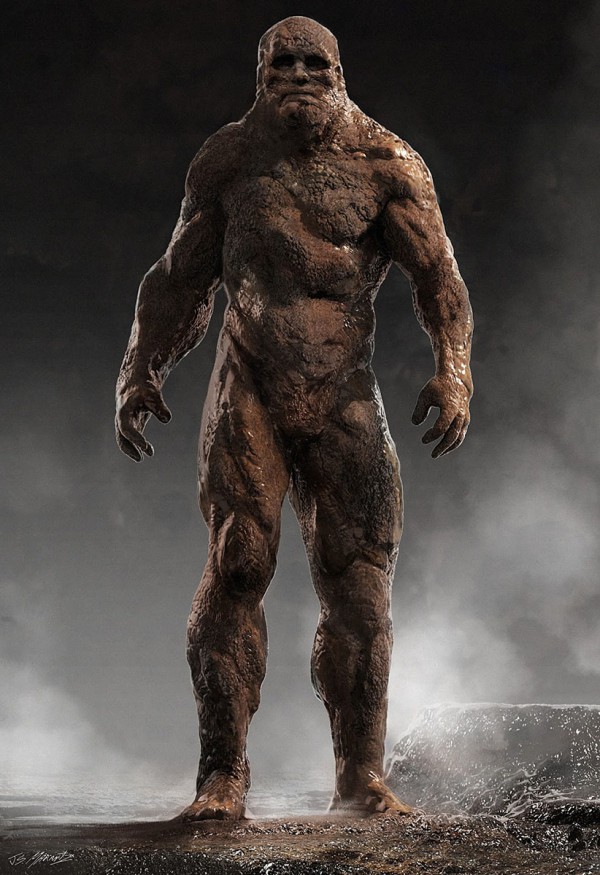 Concept art of a golem, known also as Grimm. (NBC Universal, fair use)

This need for self-protection brought about the predecessor to the superhero, known as a golem, a human-like mass formed from clay.  It was brought to life through Jewish superstition by reciting certain Hebrew prayers.

In one account, Rabbi Judah Loew ben Bezalel ‘The Maharal of Prague” is said to have created a golem to defend the hapless victims of pogroms (massacres) and anti-Semitism in the 16th century Prague ghetto.

However, this superhero, like all of them, had a weakness — he was deactivated by removing a letter from the name on his forehead.

Unlike modern superheroes, the first Golem creatures were sometimes unpredictable and out of control, even turning on their own creators. Nevertheless, the idea of creating something out of the earth to fight against evil forces of anti-Semitism comforted the Jewish People.

In our modern history, Holocaust feelings of helplessness and victimization were vanquished, at least in fantasy, through Captain America who fought against the Nazis and other heroes who would never let something horrific like that ever happen again.

The powerful liberators and protective champions longed for were now realized in this new colorful supernatural being, which we have all grown up with—the superhero. 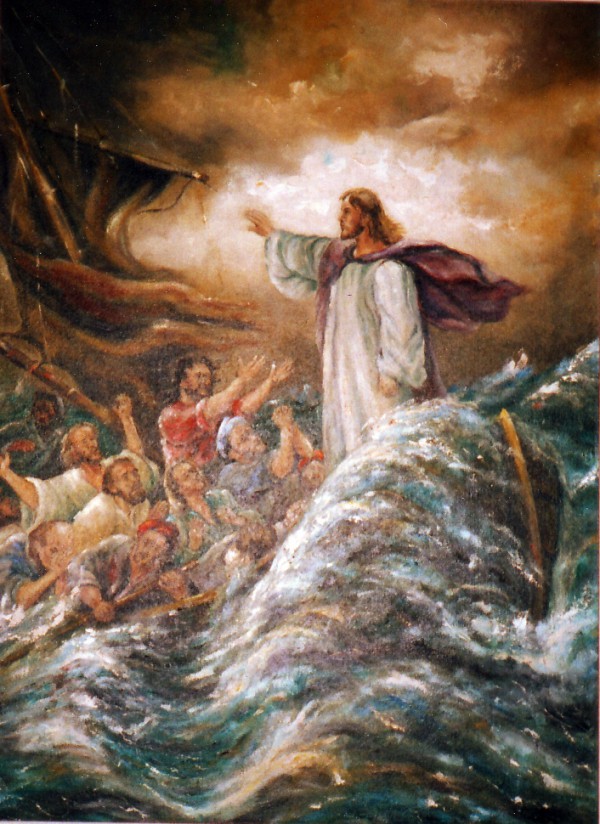 Yeshua with His Disciples on the Sea of Galilee, by Ernst Georg Bartsch Wikicommons, GNU free license)

Ironically, a true rescuer of the Jewish people and the whole world does exist.

He was and is Yeshua (Jesus) The Messiah. He did not arrive on the scene in a mask or cape but as an unassuming Jew with a message of love and peace.

Healing the sick and wounded, Yeshua is the avenger of disease.

He further demonstrated His supernatural powers by controlling the laws of physics:

Yeshua also has a power that exceeds the limits of common supernatural abilities of the comic superheroes, as He transforms our spirits by freeing us of sin and guilt while offering immortality (everlasting life). Jerry Siegel and Joseph Shuster who created the Superman hero knew the Hebrew names containing God (El), as in Isra-el and in the prophets’ names Samu-el and Dani-el.

They chose Superman’s birth name as Kal-El, which in Hebrew is a transliteration for qol-el, Voice of God.

He was born on the planet Krypton, before being rocketed to earth as an infant by his scientist father Jor-El.

Like Kal-El, Yeshua (which means salvation) came from another realm to save humanity.  While all-powerful, Yeshua can be said to have one “weakness.” Superman’s was Kryptonite; however, Yeshua’s was his undying love for humanity.

Yeshua understands human tragedy.  With a broken heart from rejection and abuse, and with only love and forgiveness for His executioners on His lips, He allowed Himself to undergo an excruciating death.

Unlike Superman, Yeshua is real, offers eternal life, and is longing to have a relationship with each of us. 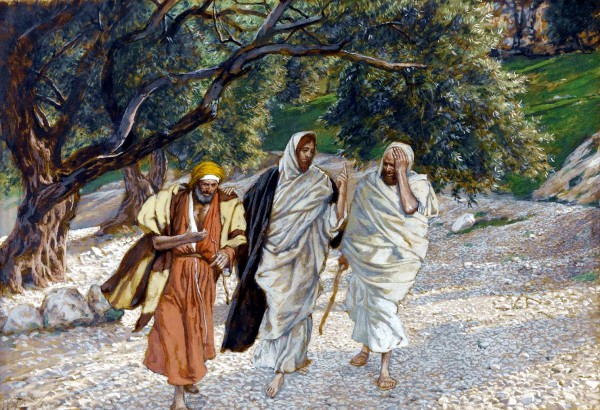 The Pilgrims of Emmaus on the Road, by James Tissot

The Power of Story

Skeptics might read the similarities between fictitious superheroes and Messiah as evidence that a Messianic figure is also a work of fiction.

Yet, we have powerful evidence to counter that notion — hundreds of millions of Gentiles and hundreds of thousands of Jews, who have been filled with Ruach HaKodesh (the Holy Spirit).

And because of Him, we can have supernatural power through the filling of the Holy Spirit to preach the Kingdom, heal the sick, cast out demonic spirits, and even raise the dead.  (Matthew 10: 8)

Hundreds of verified accounts exist by followers of Yeshua praying for people who have been dead for more than 24 hours, whom have come back to life!

Remember, Yeshua said that we would do greater things than Him through the Holy Spirit!  (John 14:12) Even though comic book storylines and mythical novels can parallel some of God’s truths, no other author can write a story so exquisitely as the Creator of life Himself.

Sixty-six books spanning over 1,500 years with hundreds of prophecies, types, shadows, and allusions have been perfectly placed in history to reveal God’s redemptive plan for mankind through the Messiah, the true superhero.

It is the fulfillment of prophecies written thousands of years ago that shed light on the divine reality of who this Messiah is.

We only need to look at the existence of Israel — just 70 years old — to see one such prophecy being fulfilled before our very eyes.