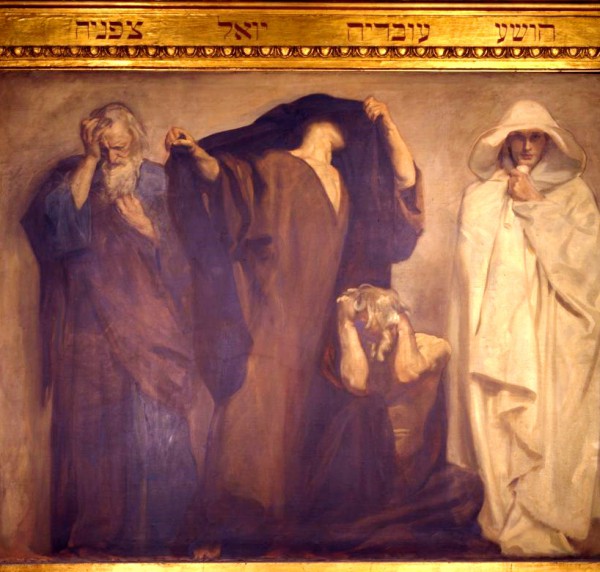 “Seek the Lord, all you humble of the land, you who do what He commands. Seek righteousness, seek humility; perhaps you will be sheltered on the day of the Lord’s anger.”  (Zephaniah 2:3)

The short book of Zephaniah (צפניה) opens with a declaration of looming judgment and doom.  God will sweep away everything in judgment on the Day of the Lord:

None of the nations will stand.

“I have decided to assemble the nations, to gather the kingdoms and to pour out My wrath on them — all my fierce anger.  The whole earth will be consumed by My jealous anger.”  (3:8) 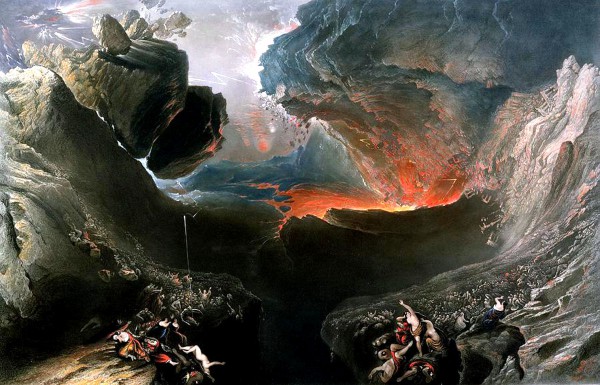 The Great Day of His Wrath, by John Martin

Zephaniah singles out Gaza, Canaan, the land of the Philistines, Moab, Ammon, Cush (Ethiopia), and Assyria in particular for destruction.

The lands of Gaza, Canaan, and the Philistines, He promises, will belong to the remnant of Judah.

The lands of Moab and Ammon will become a wasteland like Sodom and Gomorrah.

The Cushites, who ruled in Egypt and were the southern challengers of Assyria’s power in the north, had maintained a strong presence throughout the Holy Land. In fact, many clashes between Egypt and Assyria, a world superpower thought to be invincible, took place in Judah’s territory.

Yet, Zephaniah promises that they will be slain by God’s sword and that Assyria will be left desolate — a place for flocks and “creatures of every kind.”  Ninevah, the seat of power in Assyria, with all of its beautiful gardens, temples, palaces, and libraries will be empty and dry as a desert.

The Prophet Zephaniah brings them a stern warning:  turn back to the Lord, seek righteousness and humility, and you may be sheltered on the Day of the Lord.

Such protection seems in keeping with the meaning of the prophet’s name:  The Lord conceals or protects.

Indeed, Zephaniah brings much more than a message of judgment; he brings a message of mercy, hope, and restoration of Israel’s remnant, for God’s plan is that all the nations will call upon Him and that humankind will live together in peace. 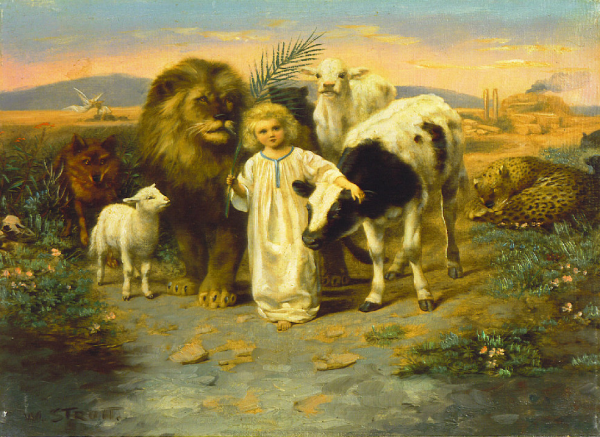 The Making of a Royal Prophet

Zephaniah, who preached during the time of King Josiah (640–609 BC), traced his lineage back to a person called Hezekiah.  It is thought that he is referring to King Hezekiah.  For that reason, some refer to Zephaniah as the royal prophet.

Two events can help us pinpoint with fair accuracy when Zephaniah began prophesying: 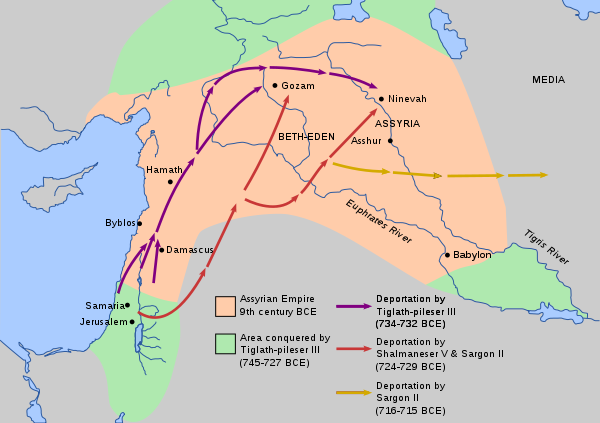 The deportation of the Northern Kingdom of Israel by Assyria

The 10 northern tribes had already been scattered many years before Zephaniah’s ministry.  The 701 BC northern invasion by Assyria had already taken place and Judah had become a client state of the victorious Assyrian Empire, which had imposed its religious beliefs on the vassal state.

That empire’s influence can be seen during the 45-year reign of Manasseh (687–642 BC) who did much to arouse God’s anger.

We read in 2 Kings 21:3 that Manasseh is the son of Hezekiah, so he was related to Zephaniah and Josiah.  The latter two were both used by God to try to purify the Land and the hearts of the people, as was Hezekiah.

Manasseh, however, rebuilt the “high places” that Hezekiah destroyed.  He erected altars to Baal, and although the Lord put His name in Jerusalem, Manasseh “bowed down to all the starry hosts and worshiped them … in the temple of the LORD.”

Moreover, “he sacrificed his own son in the fire, practiced divination, sought omens, and consulted mediums and spiritists.”  (2 Kings 21:3–6) 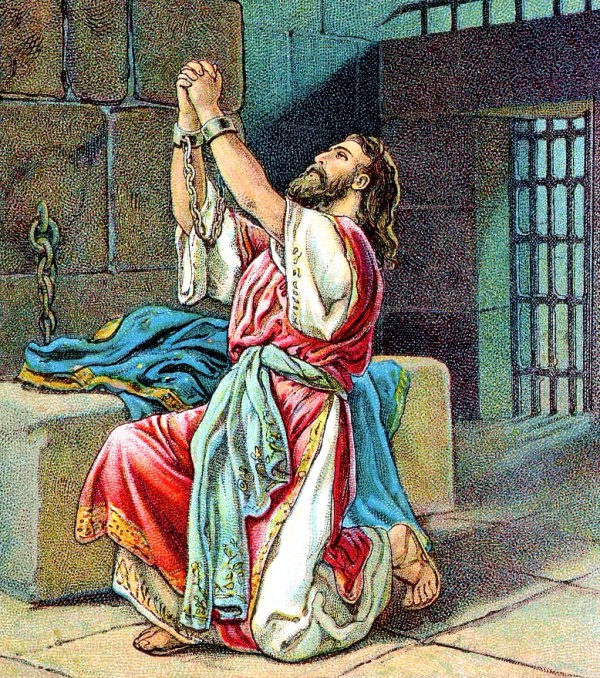 Manasseh’s Sin and Repentance; as in 2 Chronicles 33:1–13 (Providence Lithograph Company)

Though the people continued to maintain a form of godliness by coming to the Temple to worship, they actually made a mockery of the dwelling place of God by practicing, at the same time, pagan worship.

Second Kings 21 tells us that various Assyrian astral deities were worshiped in the Temple courtyard, and placed in the Temple itself was an image of the Canaanite mother goddess Asherah.

Zephaniah called out for a return to the laws of the God of Abraham and purity, also warning that judgment is on the way because of this grievous sin.

He predicted a period of terrible events yet to be visited upon Jerusalem — the Day of the Lord.

“I will destroy those who used to worship Me but now no longer do.  They no longer ask for the Lord’s guidance or seek My blessings.”  (Zephaniah 1:6, NLT)

Zephaniah wrote about 20 years after Manasseh’s reign ended, while the nation was still steeped in practicing his evil legacy.

About 20 years after prophesying, Judah would be exiled to Babylon.  Although there was repentance and reform during the days of Josiah, the people fell back into sin. 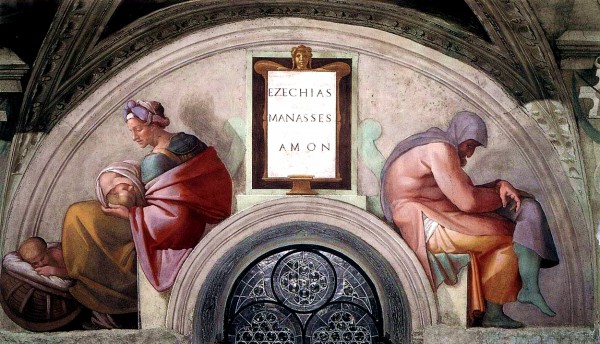 The Mighty One Who Saves

Like other prophets of God, Zephaniah does not only pronounce wrath in the Day of the Lord; he promises that God will remove His hand of judgment from a remnant that follows after God as well as protect Israel from the armies of her enemy.

God Himself will live among His people, bringing an end to all of their troubles: “He is a mighty Savior,” says the prophet.  (3:17)

Rashi, (Rabbi Shlomoh Ben Yitzhak), the 11th-century Jewish sage, interprets “He is a mighty savior,” as “He is a Mighty One, Who will save (Israel) from the enemy.”

The Hebrew of verse 3:17 — יְהֹוָה אֱלֹהַיִךְ בְּקִרְבֵּךְ גִּבּוֹר יוֹשִׁיעַ — could also be translated, “The Lord your God is among you, a Saving Hero (or Mighty One).”

Because so many world leaders are opposed to God’s end-time plans for His people, Israel is constantly on guard for the nation’s safety, destiny, and prosperity.  But Zephaniah makes it clear that the Lord God is in control, guiding them until the time when He will be among them.

Ultimately, He will be the One to save them.

The Lord God has already sent His Son, Yeshua, whose name means Salvation.  The One who comes at the end of days will be this same Son, and the remnant of Israel will understand that He is the Messiah.  As we read in Zechariah 12:10:

“They will look upon Me, the One that they have pierced, and they will mourn for Him as one mourns for an only child, and grieve bitterly for Him as one grieves for a firstborn son.” 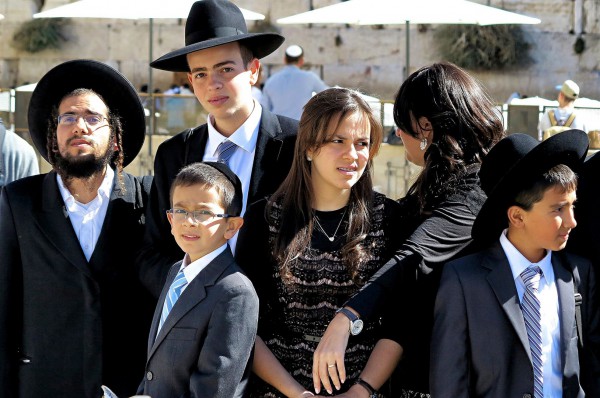 An Israeli Orthodox family at the Western Wall in Jerusalem. (Photo by Reinhardt Konig)

God Wants to Celebrate With Us

Not long after Zephaniah’s prophecy, Assyria and Egypt were conquered by Babylon in fulfillment of God’s word.

Zechariah’s warnings held true for Jerusalem, as well.  In 605 and 597 BC, during the reign of Judah’s King Jehoiakim, Nebuchadnezzar attacked Jerusalem.  (2 Chronicles 36:7, 10)

In 586 BC, Nebuchadnezzar attacked Jerusalem a third time.  The Temple was burned and its treasures were carried off with the people to Babylon.  The city was destroyed.

In captivity, the Israelites sat down and wept by the waters of Babylon, asking themselves, “How shall we sing the LORD’s song in a foreign land?”  (Psalm 137:4)

Though that captivity ended, just as the prophets foretold, sin once again brought the Jewish People into exile throughout the nations.  For millennia, the Jewish People have grieved over not being able to celebrate the festivals in Jerusalem on the Temple Mount where the First and Second Temples once stood.

But as prophesied, the God of Israel is bringing His people home.

And in this Messianic reign to come, after the Great Day of the Lord has passed, Yeshua will deliver us from all of our oppressors (3:19).  It will be a salvation so complete that even God joins in the celebrations and rejoicing.

Imagine that — God will rejoice, sing, and exult over us! 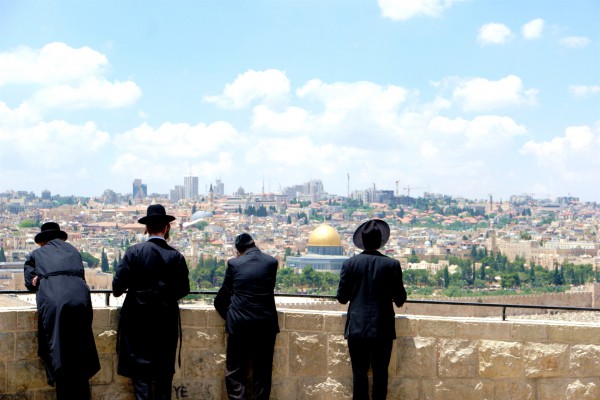 Orthodox Jewish men look toward Jerusalem and the Temple Mount from the Mount of Olives.

While it is God’s desire to rejoice with us, for us, and over us, the prophet tells us that the world is full of lawlessness, iniquity, and ungodly behavior.

Today, just as in Zephaniah’s day, Israel is confronted with world powers that continuously plot to oust the Jewish People from God’s promised inheritance.

But the enemies of God will not be part of the remnant who will reign in God’s kingdom when Yeshua returns.  God will not exult over them.

Nineveh, the capital of Assyria, no longer exists; its absence stands as an example of what God has in store for the leading capitals of the world if they continued to defy the Lord God Almighty.

Zephaniah reminds us that we too must turn to the Lord for “The great day of the Lord is near — near and coming quickly.”  (1:14)

The God of Abraham, Isaac, and Israel (Jacob) is a God of love, mercy, and grace. He does not want anyone to perish but for each of us to enjoy eternity with Him.

In mercy and grace, He sent His only Son to become our final sacrifice so that all who trust in Him as their Savior will never perish.

In humility and meekness, let us turn to the Lord as He desires us to do.  Then instead of wrath, we will receive blessing.  And we will find ourselves hidden in Him in the terrible Day of the Lord.