“A new king, to whom Joseph meant nothing, came to power in Egypt.  ‘Look,’ he said to his people, ‘the Israelites have become far too numerous for us.  Come, we must deal shrewdly with them or they will become even more numerous and, if war breaks out, will join our enemies, fight against us and leave the country.’  So they put slave masters over them to oppress them with forced labor.”  (Exodus 1:8–11) 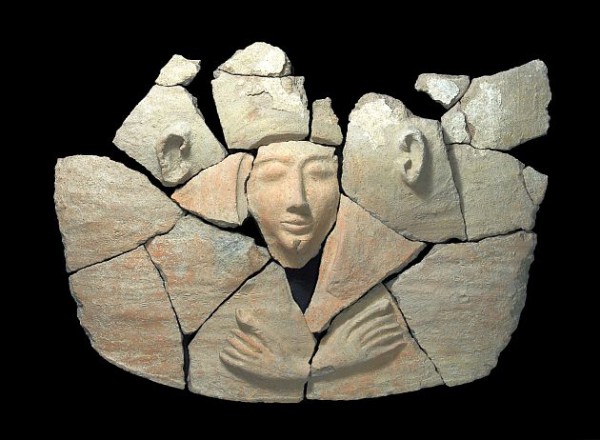 Parts of the lid of an Egyptian coffin found in Israel after an initial cleaning. (Photo credit: Clara Amit, courtesy of the IAA)

“This is a really beautiful face, very serene,” said IAA archaeologist Edwin van den Brink,  an Egyptologist who was involved in the Jezreel Valley recovery. 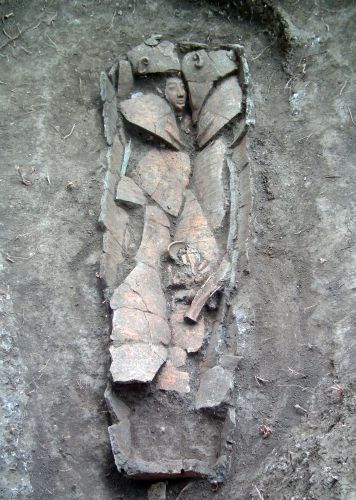 The clay coffin at the time of its discovery in the field.  (Photo: Dan Kirzner, courtesy of the Israel Antiquities Authority)

The stone casket, found at Tel Shadud during a salvage excavation for the Israel Natural Gas Lines Company, carried a variety of objects that prompted theories about the inhabitant’s origins.  (Israel Antiquities Authority)

Seti I was the father of Ramses II, who was possibly either the pharaoh that oppressed the Hebrews in Egypt and / or the one who came against Moses at the time of the Exodus.

The IAA theorizes that the deceased was most likely a local Canaanite official serving Egypt.  Archaeologist Ron Beeri, who participated in digging up the coffin, said the buried man might have been a royal tax collector for Egypt.  (NBC News)

“Completeness of the body is a basic thing in Egyptian burial, and that’s because (they believed) the soul of the dead is meant to leave the body after death,” Beeri said, noting that researchers might run DNA tests to determine if the man’s origins were Egyptian or Canaanite.

“Canaanites were not accustomed to burying themselves in coffins of this sort.  The Canaanite style of burial is different,” he added.  (Times of Israel) 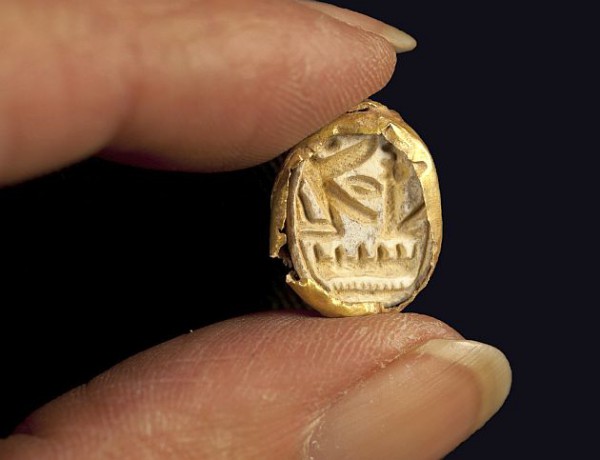 The gold scarab.  (Photo: Clara Amit, courtesy of the IAA)