“You have turned my mourning into dancing; you took off my sackcloth and clothed me with a garment of joy.”  (Psalm 30:11)

After decades of struggle and strife to regain a right to live in our ancient homeland, Israel declared independence on May 14, 1948.

On the Hebrew calendar, this day fell on the fifth of Lyar, which begins tonight. But today, before the festivities begin, we have been honoring those who died to help establish and maintain this tiny, free Jewish nation.

As the sun sets tonight on Yom Hazikaron (Memorial Day), the people will move from sincere mourning to contagious rejoicing over Israel’s 70th birthday. 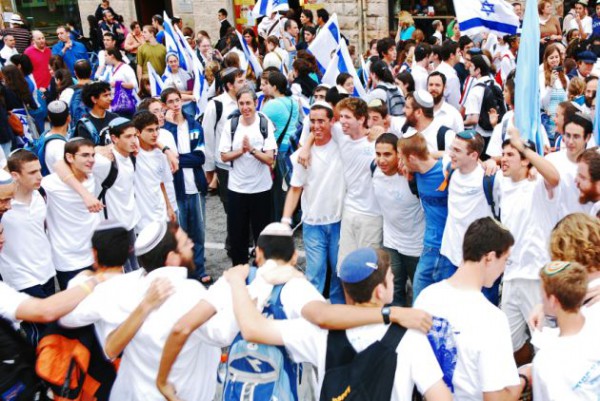 Israelis dance on the street and wave flags on Independence Day.

Tonight and tomorrow, crowds will be dancing in the streets, celebrating with song, wearing and waving patriotic colors, attending celebratory ceremonies, and free open-air concerts given by some of Israel’s greatest names in music.

In the USA, the Israeli-American Council (IAC) will be hosting fifteen large-scale festivals throughout the months of April and May. Many more celebrations are planned in Canada, the UK, and throughout the world during these two months.

This year’s anniversary is especially spectacular because 70 is a spectacular number in God’s plan for Israel and the world.  Let’s discover how this is so. “The words of the LORD are flawless, like silver purified in a crucible, like gold refined seven times.” (Psalm 12:6)

The number seven is so prominent in Scripture that even scholars who do not give much weight to Biblical numerology recognize its importance.

Seven is the Divine number of completion, fullness, and spiritual perfection, typifying holiness and sanctification.

Seven is such a favorite number in Judaism, in fact, that the Midrash (Rabbinic literature) states, “All sevens are beloved.”  (Vayikra Rabbah 29:9)

Sheva (seven) shares the root (Shin-Bet-Ayin) with oath (shevua) and, therefore, is related to commitment.

There may be no better picture of this commitment than looking at God’s promises to Israel through its exiles and regatherings, even to the end of time.

And the number 70 plays a significant role in His plan. 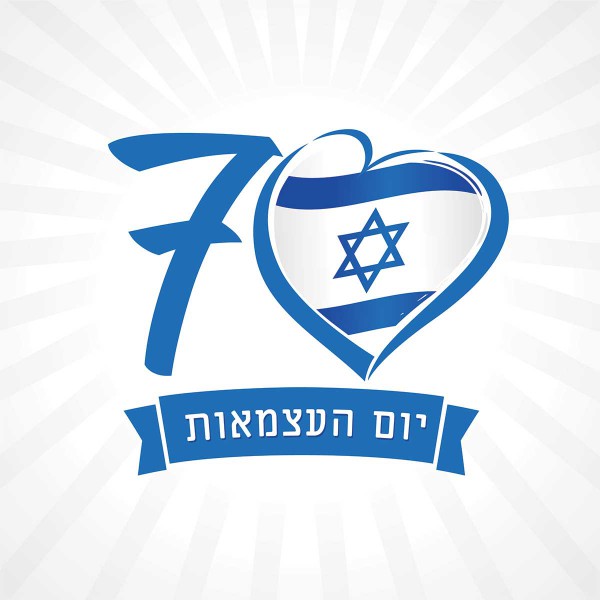 In Hebrew are the words Yom HaAtzmaut (Independence Day)

When the clans of Jacob and Joseph established themselves in Egypt after a long famine in Canaan, Scripture says that altogether there were “70 souls.” In the Hebrew, souls is actually written in the singular (soul) to suggest great unity amongst these clans (Genesis 46:27).

After 400 years in Egypt, God brought the Israelites into their own land. Over time, they lost that privilege and entered into exile in Babylon for a total of 70 years.

But God did not leave them without hope. He made this commitment:

“When seventy years have been completed for Babylon, I will visit you and fulfill My good word to you, to bring you back to this place.

‘For I know the plans that I have for you,’ declares the LORD, ‘plans for welfare and not for calamity to give you a future and a hope. Then you will call upon Me and come and pray to Me, and I will listen to you.”  (Jeremiah 29:10–12)

That hope for a better future includes the regathering of the people to Israel:
“I will gather you from the nations and bring you back from the countries where you have been scattered, and I will give you back the land of Israel again.”  (Ezekiel 11:17)

That hope also includes the rebirth of the nation of Israel:

“Who has heard of such a thing? Who has seen such things? Shall a land be born in one day? Shall a nation be delivered in one moment? Yet as soon as Zion was in labor she delivered her children.”  (Isaiah 66:8)

Today, all of us can celebrate the perfect faithfulness of God as Israel enters its 70th year as a strong, secure, prosperous, sovereign, modern nation that blesses the world with its agricultural, technological, medical, and scientific advancements.

However, we know that Israel is not yet perfect or complete; this miraculously reborn nation has more of God’s promises to look forward to — and it involves another 70.

The number seven is not only associated with completion but also rest. The Shabbat, for example, is the seventh day of the week that we set apart from all other days, for God has declared it holy.

It is a day to rest from the work we do during the other six days of the week and focus on Him.

This sanctified day is especially meaningful when we realize it is only a small picture of the final rest that all Believers, Jew and Gentile, will enter when Messiah Yeshua reigns over His Messianic Kingdom.

We are given a clue as to when this will occur in the Book of Daniel.

While in Babylonian captivity, Daniel received an incredible mathematical message from the angel Gabriel that clearly identified the timing of the coming of the Messiah as well as the completion of all things through a prophecy concerning 70 weeks of years.

“Seventy ‘sevens’ [490 years after the captivity in Babylon ends] are decreed for your people and your holy city to finish transgression, to put an end to sin, to atone for wickedness, to bring in everlasting righteousness, to seal up vision and prophecy and to anoint the Most Holy Place.” (Daniel 9:24) 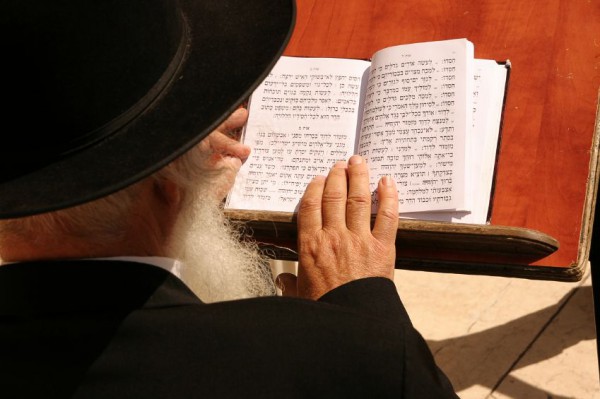 A Jewish man reads at the Western Wall in Jerusalem.

Most evangelical scholars who study the Book of Daniel and other end-time Scriptures, have concluded that these seventy weeks have been divided into two time periods.

Sixty-nine weeks saw the death of the Anointed One, Messiah Yeshua (Jesus).

That time of Jacob’s Trouble, as it is known, will end with the earth-shattering arrival of Messiah who will bring in a new, perfect order to all things, according to His glorious righteousness.

The Apostle John wrote how this transition from tribulation to Messiah’s reign will happen:

“Then I saw an angel coming down from heaven, holding in his hand the key to the bottomless pit and a great chain. He seized the dragon, that ancient serpent, who is the Devil and Satan, and bound him for a thousand years. …

“I also saw the souls of those who had been beheaded for their testimony to Yeshua and for the word of God. They had not worshiped the beast or its image and had not received its mark on their foreheads or their hands.

“They came to life and reigned with Messiah for a thousand years.” (Revelation 20:1–6)

God’s promise to bind Satan for 1,000 years so we can rest with the Prince of Peace, Messiah Yeshua Himself when these 70 sevens comes to a close reveals that God’s hand is on history and that we all have a hope and a future.

“Of the greatness of His government and peace there will be no end. He will reign on David’s throne and over His kingdom, establishing and upholding it with justice and righteousness from that time on and forever.” (Isaiah 9:7)

Israel’s rebirth in 1948 is nothing short of miraculous!  Moreover, it is a testimony to the love and faithfulness of God.

Although Israel is the only country in the world whose right to exist and defend itself is continuously challenged, and although Israelis continue to be plotted against and murdered just because they are Israelis, and although peace remains a dream, the miracle of the rebirth of the ancient Jewish homeland points to the soon fulfillment of Israel’s promised spiritual rebirth in the Messianic Kingdom to come.

It also points to the return of Yeshua HaMashiach (Jesus the Messiah) and the setting up of His kingdom with His throne in the New Jerusalem.

“I am with you and will watch over you wherever you go, and I will bring you back to this land. I will not leave you until I have done what I have promised you.” (Genesis 28:15)