Those Dry Bones Are Coming to Life!

Throughout Scripture, God told His prophets that He will regather, restore, and establish the Jewish people to their promised homeland in Israel.

Jeremiah, Isaiah, Zechariah, and Ezekiel all prophesied that the Jews would be regathered to Israel far in the future—even after the Romans exiled most of them to the four corners of the earth almost 2,000 years ago.

In particular, many believe Ezekiel’s prophecy in chapter 37 of his book is unfolding before our eyes.

In fact, the state of Israel is celebrating its 71st anniversary today (according to the Gregorian calendar) since it became a modern state on May 14, 1948. 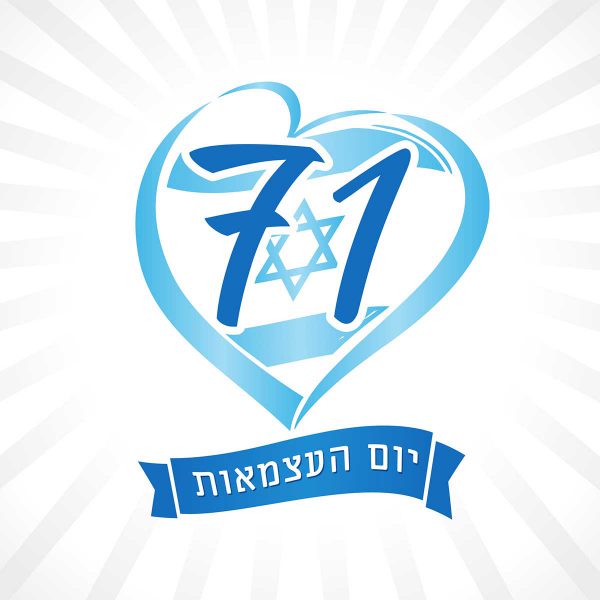 Israel’s 71st Yom Ha’atzmaut (Independence Day) was celebrated throughout Israel last week beginning sunset on Lyar 4 and ending at sunset on Lyar 5 on the Hebrew calendar (May 8–9, 2019 on the Gregorian calendar).

A Nation in Need of Restoration

It is often taught that Ezekiel was 25 years old when he was exiled during the second deportation of Jews to Babylon in 597 BC.  Five years later God called him to be His prophet.

That exile ended in 538 BC when King Cyrus allowed about 50,000 Jews to return to Israel, where they began to rebuild Jerusalem and the Temple.

But Israel did not regain national independence until the story of Hanukkah happened in 140 BC when the Maccabees defeated the Seleucid (Greek) rulers and established the Hasmonean (Jewish) Dynasty.

However, this short-lived kingdom ended in 37 BC when Herod became king of Judah, and the Romans gained authority over the Jewish people.

During the time of Yeshua (Jesus), the Jewish people survived as second-class citizens in the Holy Land, enduring much hardship.

More tragically, after the Romans destroyed the Temple in Jerusalem in 70 AD, most of the Jews were dispersed to the four corners of the earth.  Only a small percentage remained in the Holy Land over the centuries. 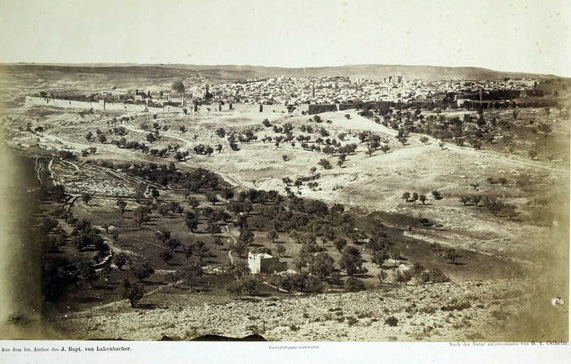 Jerusalem (c. 1860), with the Dome of the Rock and Al-Aqsa mosque near the top left.  (National Library of Israel, Holy Land Image Collection).

That certainly describes what so many Jewish people have been feeling for centuries, after enduring social, economic, and political restrictions, deportations, ghettos, persecutions, pogroms, and eventually the mass extermination of more than one-half of all living Jews (6 million) during the Holocaust.

And that is the utter despair that God shows Ezekiel.

Later, in chapter 37, God takes the prophet again to a valley.  However, this time, he sees piles of dried up bones, which God identifies as the House of Israel. 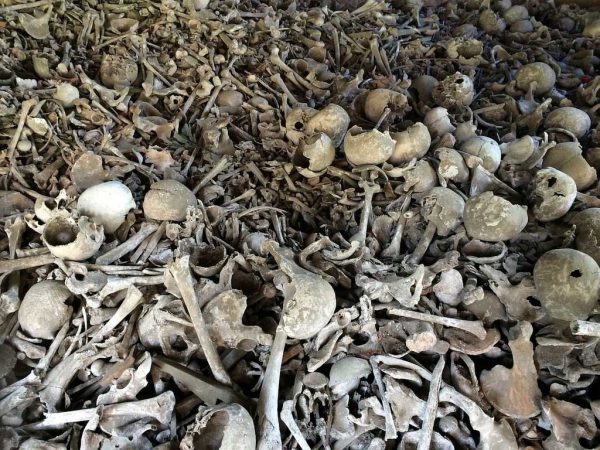 A pile of bones.

Many anti-Semitic people as well as Islamic governments have decided that Israel should not live.  Iran, for instance, constantly states that they will wipe Israel off the map.

But God knows that they will live!

God declares that although He will punish Israel for their sins, He will never destroy them completely (Jeremiah 30:11).  Instead, He alone will be the one to restore Israel:

“I will lead them; I will make them walk by streams of waters, On a straight path in which they will not stumble;  For I am a father to Israel, And Ephraim is My firstborn.”  (Jeremiah 31:9)

“Prophesy over these bones and say to them, ‘O dry bones, hear the word of the LORD.  Thus says the Lord GOD to these bones, …  ‘I will put sinews on you, make flesh grow back on you, cover you with skin and put breath in you that you may come alive; and you will know that I am the LORD.’”  (Ezekiel 37:4–5)

Ezekiel prophesies and behold!  Bones attach to bones.  Sinews grow on them, then flesh, then skin.  But there’s no breath in them.  (Ezekiel 37:8)

Like Adam, when God physically formed him from the earth, he was without the breath of God and not yet alive.  So, too with these dry bones.

So, Ezekiel prophesies,  “Thus says the Lord GOD, ‘Come from the four winds, O breath, and breathe on these slain, that they come to life,’ …  and the breath came into them, and they came to life and stood on their feet, an exceedingly great army.’”  (Ezekiel 37:9–10)

Many people believe that this refers to the Jewish people coming out of the ashes of the Holocaust, starting in 1944 and returning to the Land of Israel en masse, which fast-forwarded the rebirthing of the Jewish Homeland after 2,000 years of exile.

But this is only a partial fulfillment of Ezekiel’s prophecy.  There are still 8 million Jewish people dispersed throughout the world.  Moreover, the prophet also saw a spiritual rebirth! 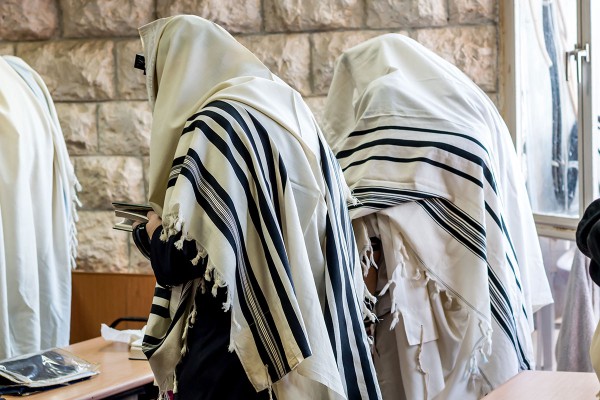 Observant Jews read Ezekiel’s vision of a revived House of Israel (verses 37:1–14) on Shabbat during the Feast of Unleavened Bread, which celebrates how God delivered the Jewish people out of slavery in Egypt to become a nation of their own.

God is so good and merciful to His people that Ezekiel prophesies an end-time spiritual awakening for them!

“I will deliver them from all their dwelling places in which they have sinned, and will cleanse them.  And they will be My people, and I will be their God.”  (Ezekiel 37:23)

And again, He says:

“‘I will put My Spirit within you and you will come to life, and I will place you on your own land.  Then you will know that I, the LORD, have spoken and done it,’ declares the LORD.”  (Ezekiel 37:14)

“I will pour out on the house of David and the inhabitants of Jerusalem a spirit of grace and supplication.  They will look to Me, about one they have pierced, and mourn for Him as one mourns for an only child, and grieves bitterly for Him as one grieves for a firstborn son.”

“On that day a fountain will be opened to the house of David and the inhabitants of Jerusalem to cleanse them from sin and impurity.”  (Zechariah 12:10–13:1)

Yet, not all the Jewish people in Israel will survive the last days. God will bring one-third of them through the Refiner’s Fire as they come to know their Messiah of Israel, God in the flesh. 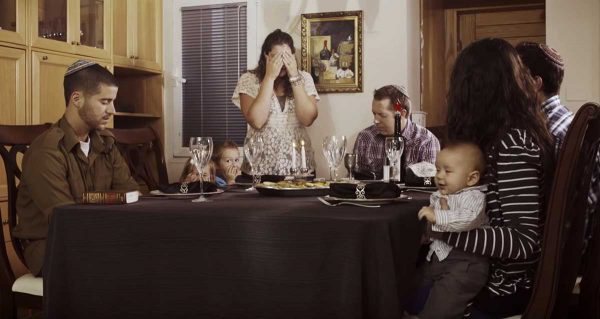 Jewish Believers in Yeshua (Jesus) as the Messiah begin their Shabbat dinner at home in Israel as other Jewish people do: the woman of the home lights the Shabbat candles and recites a blessing (TBN Israel YouTube capture).

Today, there are about 20,000 Jewish Believers in Israel, which means that more than 99% of the Jewish people in Israel do not know their Messiah Yeshua.

The good news is that the spiritual awakening has begun!

Sadly, anti-Semitism is rising around the world.  During the past six months in the United States, where nearly 5.5 million Jews live, twelve people were murdered in two synagogue shootings—the worst hate violence against Jews on record there.

Will global hatred such as this help to push the remaining 8 million Jews still dispersed throughout the nations to return home?

We do know that one day God will bring them all home.  And we know He will continue bringing spiritual awakening to His Chosen People because He promised it through His prophets. 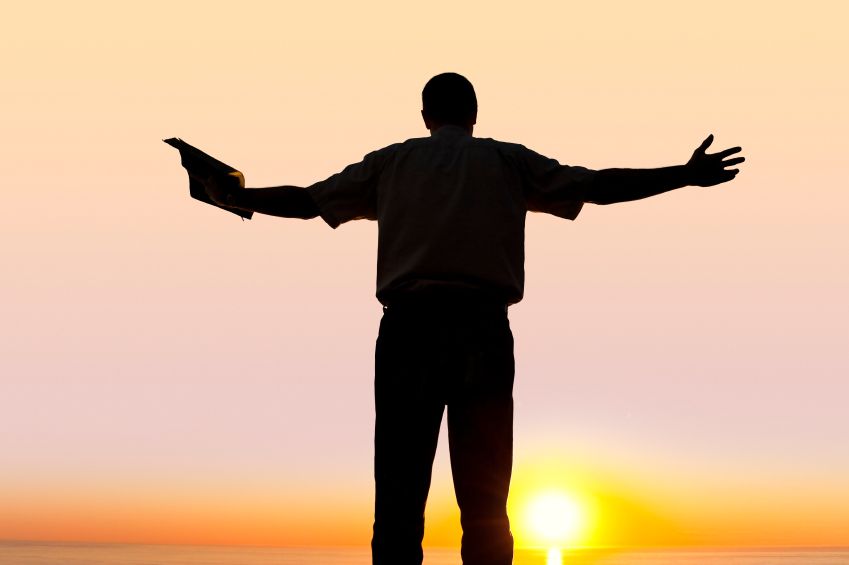 Our ministry plays a role in helping to bring spiritual revival to the Jewish people and Israel in these end times, so ask God how He would have you be involved.