Mike Pence and the US, Loving Israel in Action and Truth 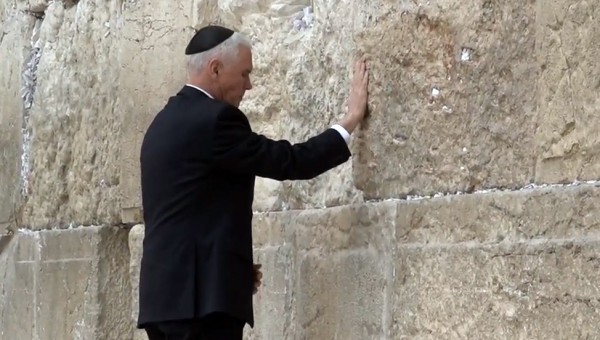 US Vice President Mike Pence made a historic visit to Jerusalem Monday and Tuesday, unveiling to the world that the US will open its embassy in the Holy City by the end of 2019.

This comes only six weeks after US President Trump declared Jerusalem to be the capital of Israel.

Speaking before the Knesset (Israeli Parliament) located in Jerusalem, Pence said that “by finally recognizing Jerusalem as Israel’s capital, the United States has chosen fact over fiction.  And fact is the only true foundation for a just and lasting peace.”

What are those facts that the US is standing on?

“It was here, in Jerusalem, that King David consecrated the capital of the Kingdom of Israel.  And since its rebirth, the modern State of Israel has called this city the seat of its government. Jerusalem is Israel’s capital,” Pence proudly stated. 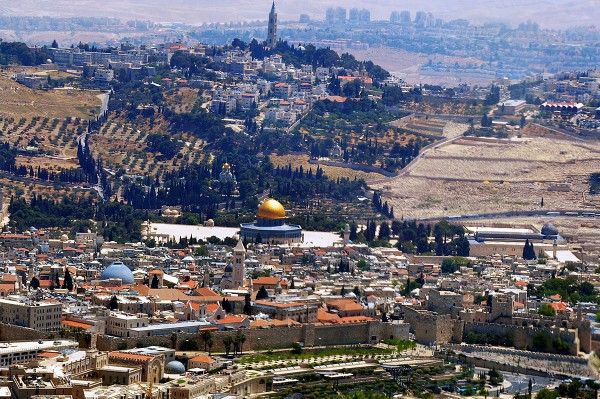 Aerial view of the Temple Mount and Mount of Olives in Jerusalem.

In these last days before Yeshua (Jesus) returns, God has used Pence (an Evangelical Christian) and Trump (whose heart is for Israel partly because some of his children married Jewish spouses) to make Jerusalem the capital.

Pence recalled that American President Harry Truman was the first world leader to recognize Israel as a sovereign state on May 14, 1948.  But since that day, “one administration after another refused to recognize your capital,” he said.

President Trump “righted a 70-year wrong” when he recognised Jerusalem as the capital of Israel, Pence added. 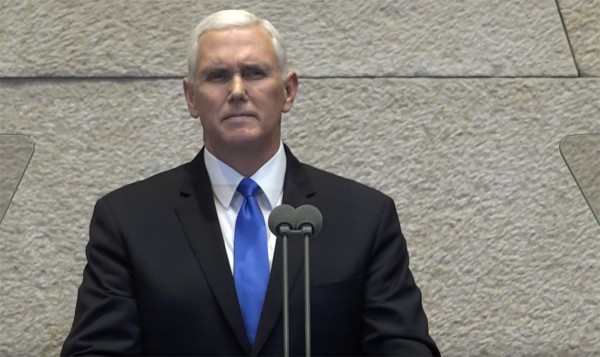 While Pence spoke at the Knesset, Palestinian President Mahmoud Abbas spoke before the European Union Parliament in Brussels to seek partners in his pursuit of sovereign Palestinian statehood.

“With all due respect to positions voiced by Europe, which we consider a partner for peace, we demand these countries recognize the State of Palestine,” the Arab leader declared.

Moreover, Abbas insisted that East Jerusalem be its state capital, which includes the heart of Israel’s homeland:  Mount Zion (also known as the City of David), the Temple Mount (where the First and Second Temples once stood), and the Western Wall (today’s most holiest place where Jews pray).

However, back in the Knesset, Pence reminded the world that the roots of the Jewish People in the Land of Israel run deep, saying that “the songs and stories of the people of Israel were their anthems, and they faithfully taught them to their children, and do to this day.” 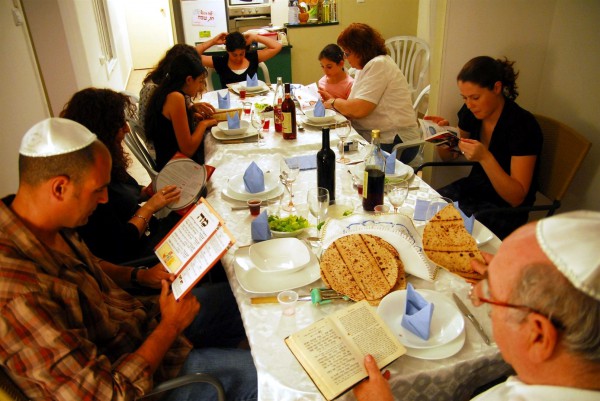 Jewish family is retellilng the Exodus story at a Passover Seder (meal) using a booklet called a Hagaddah (which literally means Telling).

“And so we will ‘pray for the peace of Jerusalem,’ that ‘those who love you be secure,’ that ‘there be peace within your walls, and security in your citadels,’ Pence added, quoting Psalm 122:6–7.

Yet, we know that at least two more wars in Israel have to take place, with Yeshua returning during the last one.

One day, during a time of unprecedented peace, Israel will be invaded by a coalition led from a country in the north (Ezekiel 38–39), which will likely be Turkey or Russia.

Israeli soldiers stand on Mount Bental in northeastern Golan Heights, which lies along the Israel-Syrian border. The Kunetra Valley (meaning Valley of Tears) at the base of the mountain hosted a bloody tank battle during the Yom Kippur War of 1973. Though vastly outnumbered by Syrian tanks, Israel succeed in holding their position when the Syrian army withdrew after only four days of fighting.

Then the final war (World War III) will take place over Jerusalem:

“A day of the Lord is coming, Jerusalem, when your possessions will be plundered and divided up within your very walls.

“I will gather all the nations to Jerusalem to fight against it; the city will be captured, the houses ransacked, and the women raped.  Half of the city will go into exile, but the rest of the people will not be taken from the city.  Then the Lord will go out and fight against those nations, as he fights on a day of battle.

“On that day His feet will stand on the Mount of Olives, east of Jerusalem, and the Mount of Olives will be split in two from east to west, forming a great valley, with half of the mountain moving north and half moving south. … Then the Lord My God will come, and all the holy ones with Him.”  (Zechariah 14:1–5)

Here at Bibles For Israel, we are taking the Gospel of Yeshua to as many people as possible to let them know who Yeshua (Jesus) is: the Deliverer (Messiah), Master, and King of the Universe.

Please join us by standing with Israel and praying for the Jewish people, as they are at the forefront of Biblical prophecy being fulfilled before our very eyes.

“When all the nations of the earth are gathered against her, I will make Jerusalem an immovable rock for all the nations.  All who try to move it will injure themselves.”  (Zechariah 12:3)