Preparing for the High Holy Days in the Month of Elul

Yesterday began a very special month in the Jewish calendar — it is the last month of the Jewish year called Elul. 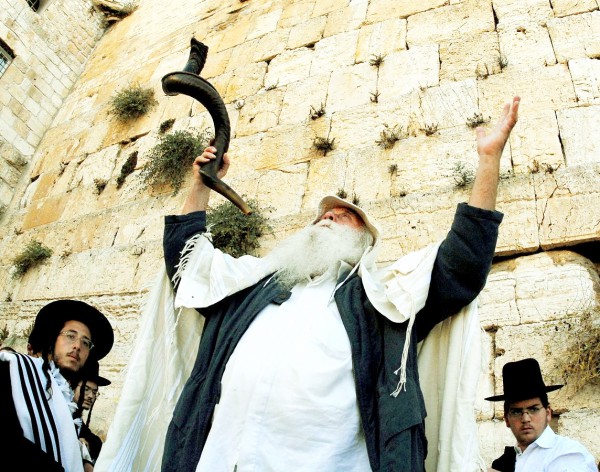 Jewish men at the Western (Wailing) Wall in Jerusalem.

In Aramaic, elul means search, which is appropriate since this is the month in which we are to diligently search our hearts in a time of intense spiritual preparation and drawing closer to the Lord.

It is a month set aside for earnest reflection and teshuvah (repentance, literally return) in order to prepare for Yamim Nora’im (Days of Awe), the upcoming 10-day period also called the Ten Days of Repentance from Rosh HaShanah (The Feast of Trumpets) to Yom Kippur (Day of Atonement).

During that 10-day period, which begins at sunset on September 9th, the Jewish People ask God to forgive them for their sins and to write their names in the Book of Life for another year.

Because of this, Elul is a time of asking for forgiveness from others and from God.

“Take words with you and return [shuv] to the LORD.  Say to Him: ‘Forgive all our sins and receive us graciously, that we may offer the fruit of our lips.'”  (Hosea 14:2) 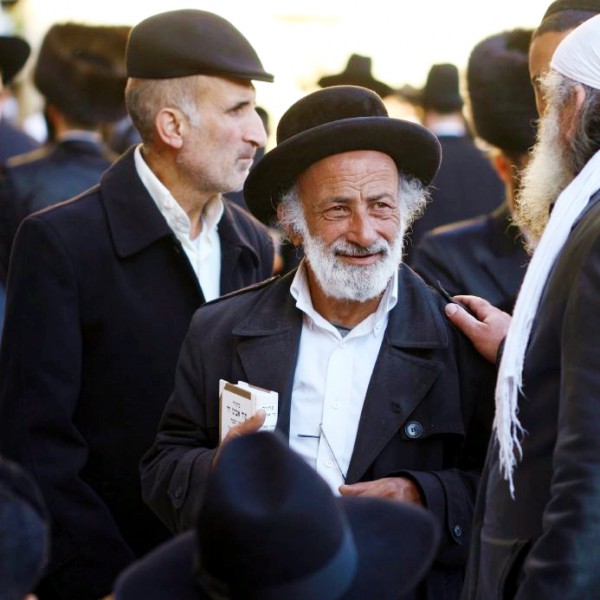 The Sin of the Golden Calf

“When My glory passes by, I will put you in a cleft in the rock and cover you with My hand until I have passed by.  Then I will remove My hand and you will see My back; but My face must not be seen.”  (Exodus 33:22–23)

Traditionally speaking, there is a link between the month of Elul and the Book of Exodus in the Bible.

This month is believed to coincide with the period between the story of the Eigel HaZahav (the Golden Calf) in which Moses smashes the Aseret HaDiberot (Ten Commandments) because of Israel’s sin and with the receiving of the second set of tablets (Exodus 32; 34:27–28).

It is Jewish tradition that Moses ascended the mountain on Rosh Chodesh Elul (the beginning of the month of Elul) to plead for the forgiveness of Israel’s idolatry.  It is also believed that he descended the mountain with the second set of Tablets on Yom Kippur, during the closing of the period of repentance. 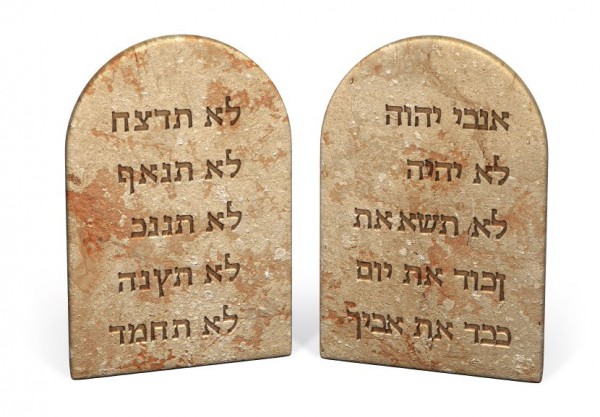 The first 40 days began on the 6th of Sivan, 50 days after the Exodus on the day which we celebrate as Shavuot (Pentecost).  This is the traditional day that Moses first received the Ten Commandments.

When he came down the mountain, he saw the people worshiping the Golden Calf and smashed the tablets containing the commandments (Exodus 32:19).

We can only imagine how disappointed and desperate he must have felt.  The Israelites had fallen!  What was the cure?  Would that sweet fellowship ever be experienced again? 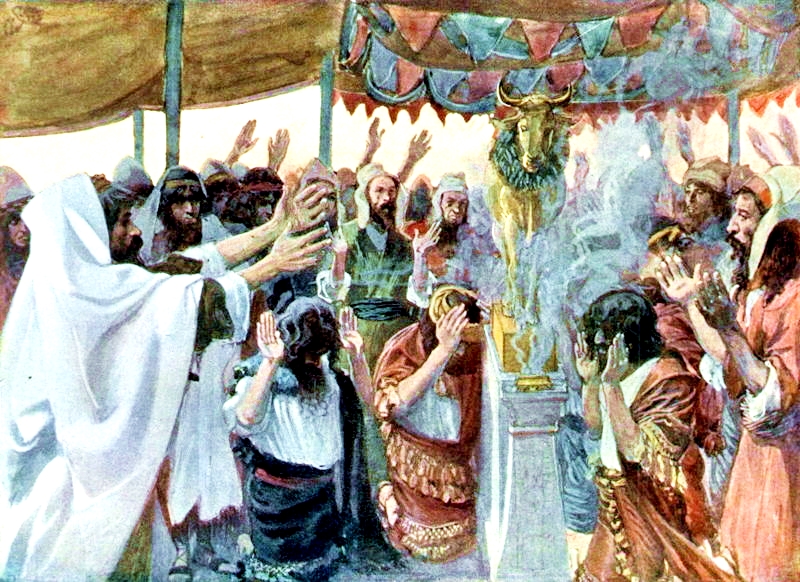 The Golden Calf, by James Tissot

He then burned the idol and judged the transgressors, again ascending the mountain on the 19th of Tammuz to intercede for Israel 40 more days.

After 40 days, he again descended the mountain only to be called back by God on the first of the month of Elul to receive a new set of tablets.

After 40 more days and nights, Moses descended for the final time on the 10th of Tishri, which is Yom Kippur, having the second set of tablets and God’s assurance of forgiveness.

“Then the Lord came down in the cloud and stood there with him and proclaimed His name, the Lord (YHVH).  And He passed in front of Moses, proclaiming, ‘The Lord, the Lord (YHVH, YHVH), the compassionate and gracious God, slow to anger, abounding in love and faithfulness, maintaining love to thousands, and forgiving wickedness, rebellion and sin.’”  (Exodus 34:5–7) 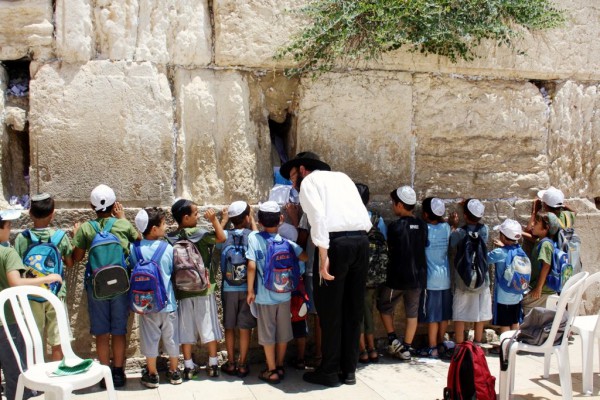 The King Is in the Field

“I have loved you with an everlasting love; I have drawn you with unfailing kindness.”  (Jeremiah 31:3)

Elul marks the start of the 40-day period of Divine Mercy leading up to Yom Kippur, the very solemn Day of Atonement.

This period is called Yemei Ratzon or Days of Favor because during it, the Lord drew the Jewish People back to Himself and forgave them after the sin of the Golden Calf.

It is traditionally believed that God is more accessible during this time, although the Jewish People do believe that God is always accessible.

In keeping with this tradition is the rabbinic parable that says during Elul, God is like the “King in the Field.”  In other words, God is like a king who makes Himself available to meet His subjects in order to grant the requests of all who return to Him.

By meeting them “in the field,” there are no formalities and anyone can approach Him. 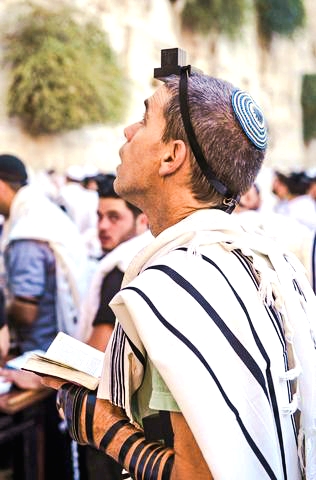 This parable illustrates the great love of a Great King who is willing to meet the requests of those who approach Him with a sincere heart of repentance and reconciliation.

In fact, the very name of the month, Elul, (which is spelled Alef-Lamed-Vav-Lamed) is said to be an acronym for Ani L’dodi V’dodi Li, which translated means I am my Beloved’s and my Beloved is mine, where the Beloved is God and the “I” is the Jewish People.  (Song of Songs 6:3)

The month of Elul, therefore, is the time of Ahavat HaShem (love of God) when individuals re-establish their closeness to God so that each person may approach the High Holy Days, the Yamim Noraim (Days of Awe), with faith and trust in God’s righteous judgments.

Because our relationship with God is rooted in mutual love and reciprocity, we approach Him not in a state of fear but in faith and trust, as a wife confidently approaches her husband or children approach their father. 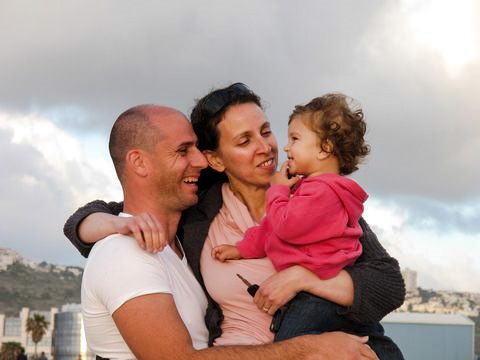 Returning to the King

As the days of Elul pass, the intensity of our sincere introspection increases while we consider our actions and formulate heartfelt resolutions to improve our conduct in the coming year.

“All the month of Elul, before eating and sleeping, a person should look into his soul and search his deeds, that he may make confession,” said Rabbi Judah Loew (the Maharal of Prague, 1525–1609), an influential thinker of the post-Medieval period.  (My Jewish Learning)

The Hebrew noun teshuvah, commonly translated in English Bibles as repentance, is derived from the verb shuv, which means turn around, or go in the opposite direction. 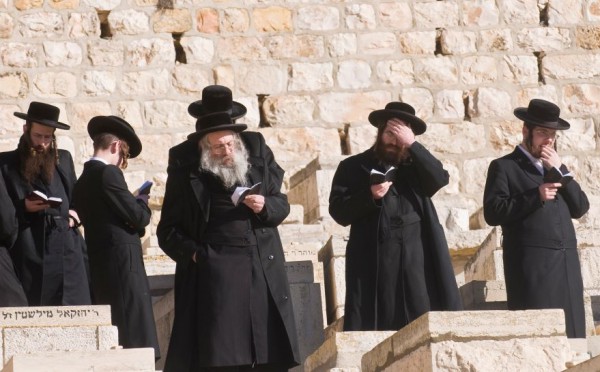 During Elul, many Jewish people will visit the cemetery to contemplate life and death.

Repentance has been likened to an awakening or rebirth, dying to one’s previous life and being reborn as a new creation.

For believers in Yeshua (Jesus), being born again is an awakening from the sleep of death induced by sin and being made new through the power of the Ruach HaKodesh, the Holy Spirit.

“Therefore if any man be in Messiah, he is a new creature: old things are passed away; behold, all things are become new.”  (2 Corinthians 5:17) 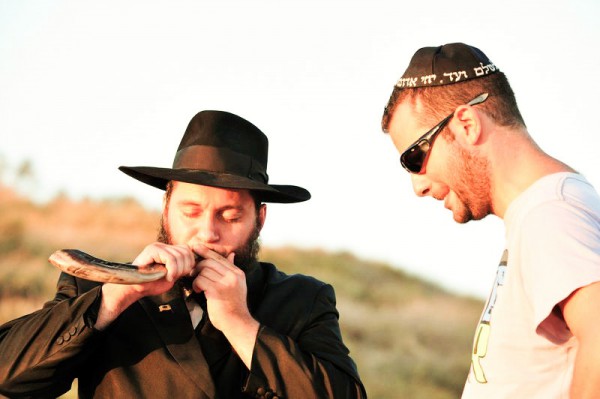 Hearing the shofar can be a powerful experience when we prepare ourselves to meet the King.

In connection with this call to awaken, the shofar — an instrument often made of a ram’s horn — is sounded every day between the second day of Elul until the 28th day, except on the Shabbat (Saturday).

Though the shofar (an instrument often made of a ram’s horn) was sounded during warfare and to announce holidays and the jubilee year, it is also a call to repentance.

Its mournful cry goes right through you, piercing the heart.  Maimonides, an influential Jewish philosopher and Torah scholar (1135-1204) said its message for us is this:  “Wake up you sleepers from your sleep and you slumberers from your slumber.  Search your deeds and return in penitence.”