“Give to everyone what you owe them: If you owe taxes, pay taxes; if revenue, then revenue; if respect, then respect; if honor, then honor.”  (Romans 13:7)

Israel’s Attorney General Yehuda Weinstein has ruled that repairs to the Galilee’s Church of the Multiplication will be covered by the Israeli Tax Authority following a June arson attack by two Jewish extremists.

The Roman Catholic church is built next to the Sea of Galilee in Tabgha at a site thought to be where Yeshua (Jesus) multiplied a basket of loaves and fish for thousands to eat.

The arsonists tagged a wall of the church with the words, “Idol worship will be destroyed.” 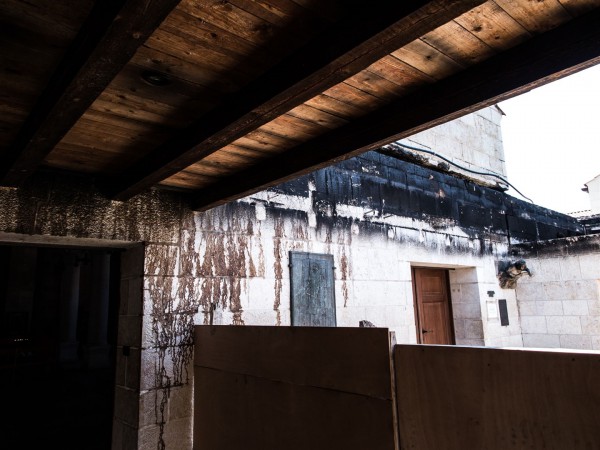 The Church of the Multiplication of the Loaves and Fishes in Tabgha, on the shore of the Sea of Galilee, suffered serious damage after arsonists set the building ablaze.

Even though a group of Orthodox rabbis raised $17,000 to help fund repairs to the Friendship Center for Interfaith Encounter, the total cost of repairs to the church is reported to be $1.7 million.

Israeli law requires the Tax Authority’s Property Tax Fund to cover damages and to compensate victims of hate crimes, war or terrorism linked to the Israel-Arab conflict or to ethnic-national differences, according to The Jerusalem Post.  Even so, in early September, the Tax Authority argued against responsibility for funding the repairs, claiming the act by right-wing arsonists Reuveni and Asraf had been religiously motivated.

Weinstein, after studying Reuveni and Asraf’s July indictment, gave his opinion on September 21 that the attack was ideological and fell under the wider Arab-Israeli conflict.

Before their indictment, Asraf had been living in an illegal outpost in Judea-Samaria, while Reuveni had been expelled and blocked from the eastern territories several times.  Reuveni also was suspected of Jerusalem’s Dormition Abbey arson in February 2015.  Both arsonists reportedly hold the view that any non-Jewish worship in Israel, and that the state of Israel itself, are obstacles to the rebuilding of the Temple.  (TOI) 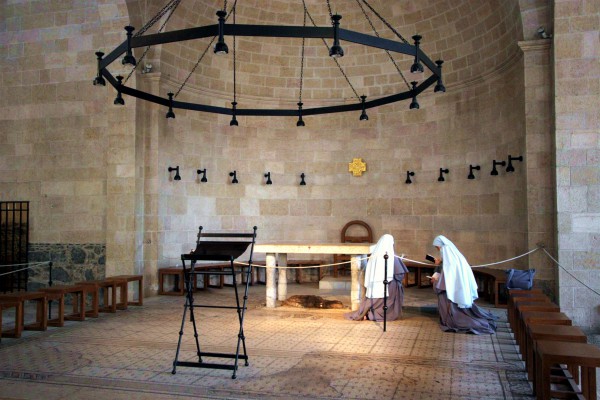 Nuns pray in the Church of the Multiplication of the Loaves and Fishes, which is located in Tabgha on the shore of the Sea of Galilee.  Under the altar is a block of limestone believed to be the stone on which the miraculous meal was laid.

While Israel’s Assembly of Catholic Bishops welcomed Weinstein’s decision for compensation to the church, they also shined their light on students and workers who have been protesting unjust budget cuts to non-Jewish schools throughout Israel.  (JP)

“While we are glad for this just decision and wish to see it implemented in near future, we urge the Israeli authorities to offer just solutions to various causes, including that of the Christian schools, which continues waiting for a just solution despite the passing of over 20 days since the beginning of the strike protesting cuts in budgets by the Israeli Education Ministry,” the bishops’ statement reads.

Protestors await a solution to the education budget crisis amidst a government and legal system that has been vocal in affirming the nation’s democratic identity.

In Arab countries, hate crimes or acts of terror against Jews or Israelis have been condoned or celebrated on the streets with the sharing of cakes and sweets, yet Israel has made great efforts to condemn acts of Jewish terror against other ethnicities or religions.

Israel’s Supreme Court has also made efforts to treat terror suspects humanely, banning “violent interrogation of a suspected terrorist, … even if doing so may save human life by preventing impending terrorist acts.”  (Forward by Guido Rossi, Crime and Technology)

Judicial fairness has been a foundational ideal of the State of Israel.