“You exalted me above my foes; from a violent man you rescued me.  Therefore I will praise you, Lord, among the nations; I will sing the praises of your name.”  (2 Samuel 22:49–50)

Lord George Weidenfeld is repaying a debt of gratitude to Christians who helped him escape the Nazis by facilitating the first of many rescues, bringing 42 Christian families out of Syria.

“We have been deeply moved by the plight of Christians in conflict-torn Middle East countries, and we are supporting the transfer of Christian families to safe havens where they can lead normal lives,” Weidenfeld told The Times of Israel, after the first transfer of 150 people.

“In the 1930s, thousands of Jews, mainly women and children, were helped by Christians who took enormous personal risks to save them from certain death.  We owe a debt of gratitude,” he said. 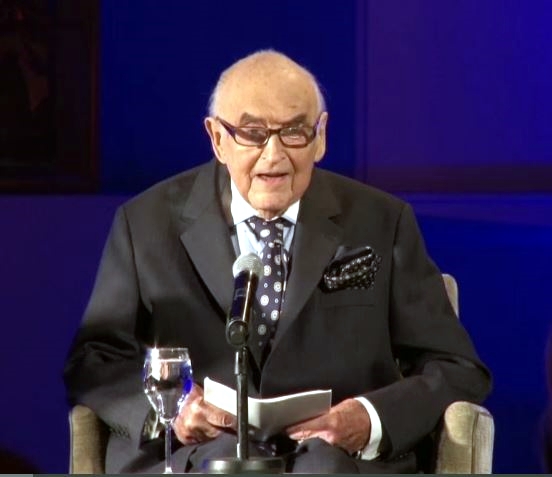 Weidenfeld was one of many Jewish children evacuated from Nazi-occupied Austria by Quakers and Plymouth Brethren.

“I had a debt to repay.  It applies to so many of the young people who were on [Britain’s] Kindertransports.  It was Quakers and other Christian denominations who brought those children to England,” Weidenfeld told reporters.  “It was a very high-minded operation and we Jews should also be thankful and do something for the endangered Christians.”

In 1938, the Plymouth Brethren Christians of England transported a number of Vienna’s Jews to the United Kingdom, providing them with food and clothing.  Weidenfeld, now 95, left Vienna at 19 just before Austria’s Nazi annexation.  He became a prominent publisher in the UK and has been involved in numerous Jewish and Israeli charities.  (Tablet Mag)

Earlier this year, Weidenfeld sought a partnership with one of these charities—the British chapter of the Jewish National Fund (JNF)—to help transfer Syrian Christians to Poland by air.

While the rescue mission was out of JNF’s usual scope—advocacy, Zionist education and cultivating the Land of Israel—the charity signed on to the task in April 2015, during Passover, recalling another time of salvation from oppression.

“We were mindful of those rare but special occasions when Christians reached out to Jews during the Second World War.  People realized it was a really worthy cause,” said Britain’s JNF vice chairman Michael Sinclair.  (TOI) 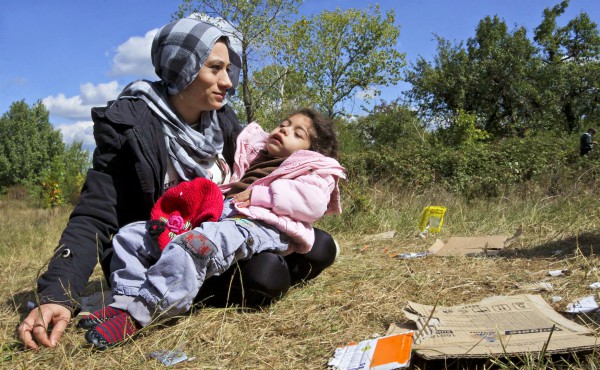 A Syrian mother holds her sick child near a refugee camp in Sofia.

Weidenfeld aims to transfer up to 2,000 Christian families from Syria and Iraq, out of the grasp of the Islamic State.  He plans to provide funds for 12 to 18 months for the refugees.

He says that he wants his Safe Haven Fund to parallel the work of Sir Nicholas Winton, who helped 669 children escape Czechoslovakia using the same Kindertransport program that saved Weidenfeld.

In a similar situation to the pogroms of Europe, the Islamic State has been systematically murdering Christians or forcing them from their homes.  According to a European Parliament report, 700,000 Christians have fled Syria since the start of the conflict, leaving 400,000 still vulnerable.  (TheJC)

With a personal history marked by the horrors of World Word Two, Weidenfeld said his main concern for the modern world is “the lack of will to defend oneself; to get boots on the ground and to get rid of these people.  The lack of desire to fight the enemy, to slay the dragon in his lair.”

“In a disunited world, the road is wide open for the terrorists,” he told The Times.  “I am appalled by the lack of action.  The brave Kurds have shown in the battle for Kobani that you can defeat them.”