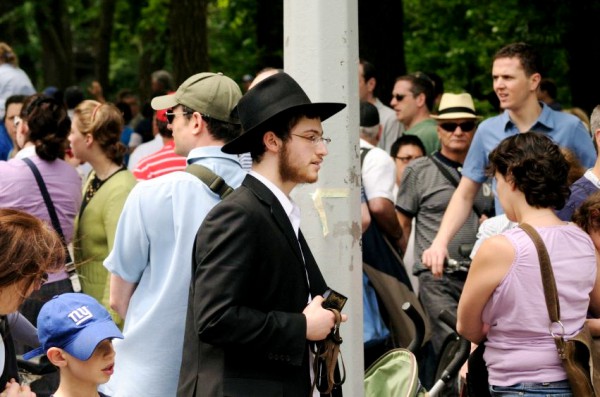 A Hasidic Jew navigates through the crowd of spectators gathered on Fifth Avenue for the Celebrate Israel Parade, which has been held annually in New York since 1964.

“Impress them on your children. Talk about them when you sit at home and when you walk along the road, when you lie down and when you get up.”  (Deuteronomy 6:7)

A recent Pew Research Center poll in the United States reveals that six in 10 Jews consider being Jewish a matter of ancestry, culture and values rather than religious observance.

Interestingly enough, almost half (42%) place a sense of humor as basic to Jewish identity, while just a fifth (19%) consider the observance of Jewish law as essential. 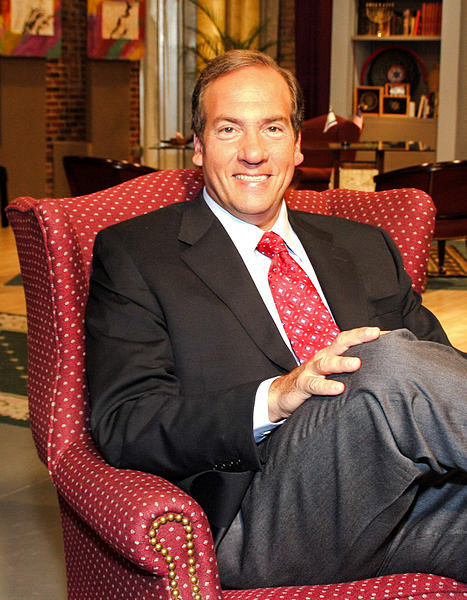 The majority of those interviewed believe that you can be Jewish if you work on the Sabbath (94%), are critical of Israel (89%), and do not believe in God (68%).

As well, about two-thirds (60%) considered belief in Yeshua (Jesus) not compatible with being Jewish.

Non-religious Jews are more likely than religious Jews to say that believing in Yeshua is compatible with being Jewish (47% vs. 30%).

Among religious Jews, more Orthodox (35%) than Conservative and Reform think that being Jewish is compatible with believing that Yeshua is the Messiah.

The fact that over a third of Jewish respondents consider belief in Yeshua compatible with being Jewish seems to indicate a softening of the line that separated Jews and Christians about 1,500 years ago.  (Forward)

“Jesus as Messiah is not a foreign concept at all,” said Rabbi Yechiel Eckstein, president of the International Fellowship of Christians and Jews, emphasizing that the concept of the Messiah is Jewish. 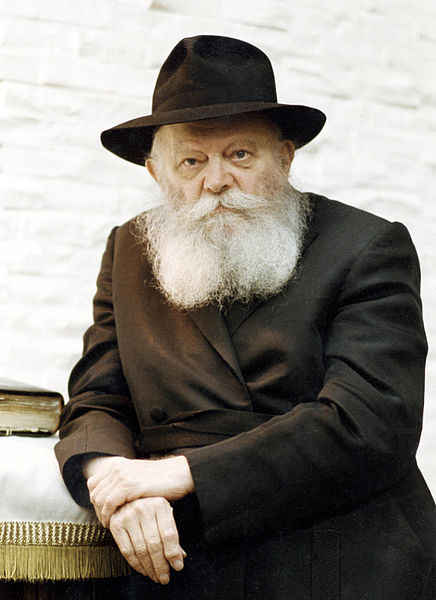 Eckstein said that many Chabad Orthodox believe that Rabbi Menachem Mendel Schneerson, who died in 1994, was the Messiah, and they are not rejected by the Jewish community for their belief.

“We disagree with them fundamentally, but we still incorporate them as part of the Jewish people,” he said.

For the survey purposes, Pew researchers considered Messianic Jews as people of Jewish background or Jewish affinity, rather than part of the main survey population.  (Pew)