For Israel, a day will come when “violence will no longer be heard in your land, nor ruin or destruction within your borders, but you will call your walls Salvation and your gates Praise.”  (Isaiah 60:18)

However, that day is not today.  Israel’s enemies in Fatah and Hamas have not relented in their lust for violence and have encouraged the Palestinian people to prepare for increased “resistance.”  Resistance, of course, is a code word for more violence and bloodshed this year.

Among many New Year’s messages encouraging such is that of Hussam Badran, a senior Hamas official in the Gaza Strip.

“The year 2016 will witness a development and escalation of the intifada and all forms of resistance operations,” he said, calling the current wave of terrorism the “Al-Quds Intifada.” 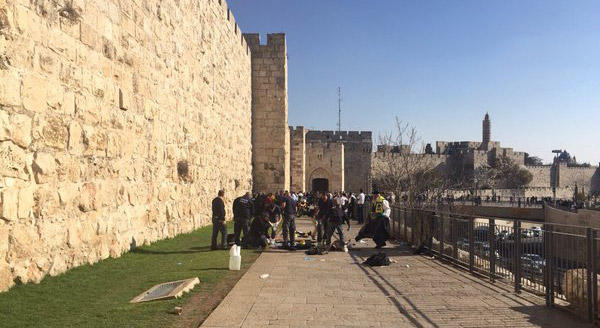 On December 23, two people were killed and one wounded in a stabbing attack outside Jaffa Gate, the main entrance to the Old City where thousands of tourists from around the globe were preparing to celebrate Christmas.  Rabbi Reuven Birmajer, 45, died of multiple stab wounds to the upper torso.  Ofer Ben Ari, 46, was hit by a stray bullet fired by two Border Police officers.  The terrorists were shot and killed by Border Policemen on the scene.  Sadly, the tide of violence has not been stemmed and continues to be an almost daily occurrence.  (Source: MFA, Israel Police Spokesperson)

According to a Palestinian Public Opinion Poll, conducted between December 10 and 12, 2015, 72 percent of the 1,270 respondents between the ages of 18 and 22 support violence against Israel.  According to Algemeiner, “there is very little discrimination” in this support on whether the Israeli targets are civilian, “settler” or soldier.

Algemeiner notes that 85 percent of people in this 18-to-22-year age group “get their news and information from social media.”

However, “Palestinian social media is often inaccurate, inciteful and vicious,” said Khalil Shikaki, director of the Palestinian Center for Policy and Survey Research in Ramallah.  He added that the opinion poll illustrates “very frightening and pessimistic results” about the views of the Palestinian Arab community.  (Observer News)

On the other hand, since early December, the Israeli security establishment is seeing the Palestinian Authority (PA) addressing terror in the West Bank, including in inflammatory rhetoric in official PA media.

The Palestinian poll shows Hamas leader Ismail Haniyeh now has a 10 percent lead over Fatah’s Mahmoud Abbas, identifying a popularity drop for Abbas and greater support for Haniyeh’s stated goals to raise the PA flag over the entire holy land — from the Jordan River to the Mediterranean Sea. 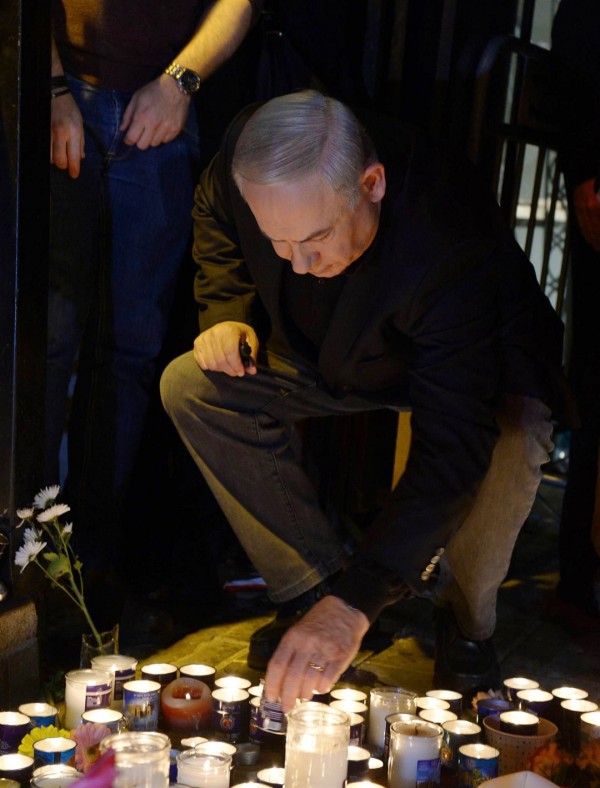 Israeli Prime Minister Benjamin Netanyahu places a memorial candle in honor of those who died in the January 1 shooting attack at a pub.  Two were killed: Alon Bakal (26), the pub’s manager, and Shimon Ruimi (30).  Eight others were injured, two seriously.

Meanwhile, Israeli officials are preparing for the possible breakdown of the PA, which Israeli Prime Minister Benjamin Netanyahu said on Tuesday would be “a worst-case scenario.”

“We must prevent the Palestinian Authority from collapsing if possible, but at the same time, we must prepare in case it happens,” Netanyahu told the Israeli security cabinet.  (IBTimes)

According to the Times of Israel, the PA dissolving would “create strenuous demands on Israel, forcing it to take charge of both security and civilian affairs in areas currently controlled by the PA.”

In face of such reports, Abbas on Wednesday said “no one should dream” about the possibility of the PA collapsing.

“There is no scenario of what will happen after the PA … because the PA will stay and any replacement must be a state,” Abbas said Wednesday.  In a speech in Bethlehem, Abbas added that “the PA is our achievement and we will not give it up.  We want a divorce [from Israel] and to live in a two-state solution with east Jerusalem as our capital.”

The formation of the PA was the direct result of the Oslo accords, which Abbas in September threatened to dismantle.  A two-thirds majority of the Palestinian Poll’s respondents showed support for walking away from the Oslo accords, while a similar ratio expressed belief that Abbas was not serious about abandoning the agreement.

In his Bethlehem speech, Abbas stated that the Jewish communities in Judea-Samaria are “a cancer within us which will disappear one day, the same as it did in Gaza.”  (BIN) 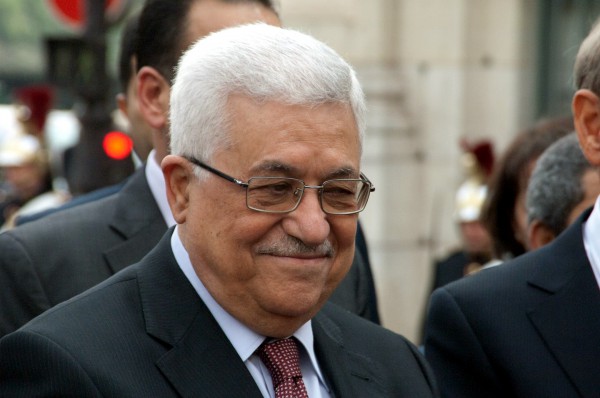 He also called once again for intervention by the world powers to end the conflict between Israel and the PA.

The Council of Jewish Communities of Judea and Samaria deputy head, Yigal Dilmoni, responded to Tazpit Press Service, stating that “calling Jewish communities a cancer is nothing short of incitement to terrorism. … Abbas proves again that he is no partner for peace.”

“Local and international terrorists are spurred by the incitement coming out of the PA leadership; they hang [on] to such remarks, which lead them to attacks against the western world,” he said.

Abbas also downplayed the Palestinian terrorism that has targeted Israel since the Jewish New Year in 2015, stating, “These are mostly non-violent protests. Even when they throw stones [from] 10–20 meters, Israel responds with gunfire from 100 meters away.”

“We don’t want our children to be killed, we want them alive.  We will always support non-violent struggle,” Abbas said, but he promised that “riots will continue until the occupation ends.  Violence and terror will not stop until our problems are solved.” 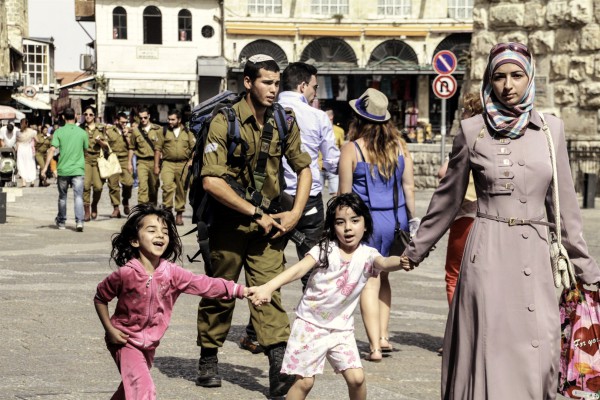 A Palestinian mother and children in Israel.

Only one-third of respondents to the Palestinian Poll believe Abbas supports the wave of Palestinian terrorism against Israel, while 59 percent believe Fatah, Abbas’ political party, supports it.  The Fatah political party has not been shy about praising the terrorists that have died as a direct result of trying to murder Israelis.

Notably, according to the poll, “only 51 percent of the public believe that most Palestinians who were killed after being shot by Israelis have indeed stabbed or attempted to stab Israelis.”  This implies the existence of a false impression that Israel is perpetuating violence against Palestinian Arabs without cause.

A type of “neck armor” has been developed with durable materials “to protect against a penetrating wound” while being flexible, thin and “not comparatively that heavy,” said IDF Lt. Col. Liron Segel, director of the Personal Protection and Equipment Department of the IDF’s Logistics and Technology Directorate.  (Times of Israel)