“There are six things the Lord hates, seven that are detestable to him: haughty eyes, a lying tongue, hands that shed innocent blood, a heart that devises wicked schemes, feet that are quick to rush into evil, a false witness who pours out lies and a person who stirs up conflict in the community.”  (Proverbs 6:16–19)

The deplorable headline not only omitted that the three were heavily armed, but that they were killed while seriously injuring two female Israeli security officers — including 19-year-old Hadar Cohen, who has succumbed to her wounds.

“The most important component of a news story may very well be the headline. In fact, most people only skim headlines to get their news,” states HonestReporting.  “That is why it is critical that headlines be accurate, from the moment the story is first published.  When it comes to Palestinian terror against Israelis, this is often not the case.” 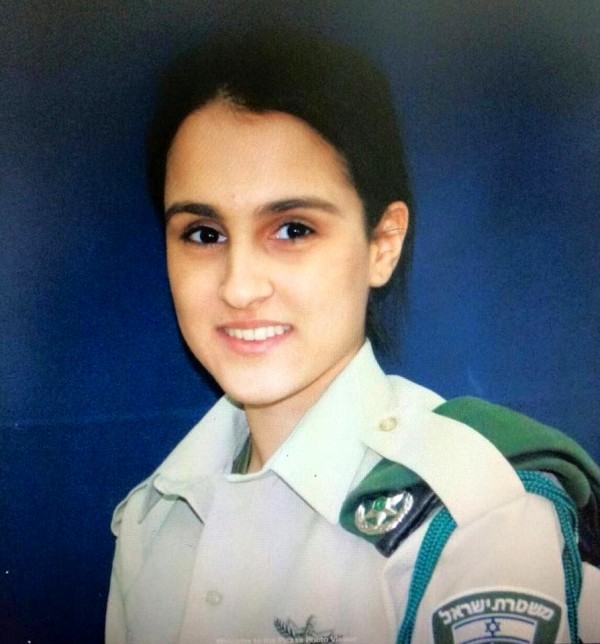 Border Police officer Hadar Cohen was killed by a Palestinian terrorist as she responded quickly to the threat.

On Wednesday, the day of the attack, Cohen was still in training after being drafted as a Border Police officer two months ago.  She and two others were deployed at Damascus Gate outside Jerusalem’s Old City when her team saw three Palestinians acting suspiciously and asked for identification.

One of the three Palestinian men pulled out an ID card while the other two started shooting and brandished knives to attack the officers.  One of the attackers shot Cohen in the head; Cohen responded by shooting one of the three before she quickly fell unconscious.

The terrorists, Ahmed Abou Al-Roub, Mohammed Kameel, and Ahmad Rajeh Ismail Zakarneh, are from Qabatiya and Jenin in the northwest area of the “West Bank,” which is biblically known as Samaria.  They carried fabricated Carl Gustav rifles, two pipe bombs, and knives.  Police say that Cohen’s quick response helped to stop more violence.

“As far as we can tell from the armaments, [the terrorists] planned a larger, more sophisticated attack,” Jerusalem Deputy Police Chief Brig.-Gen.  Avshalom Peled said.  “This is an escalation from what we’ve seen thus far.  The police officers prevented a combined and much larger attack.”

The second victim and the three attackers were in their early 20s. 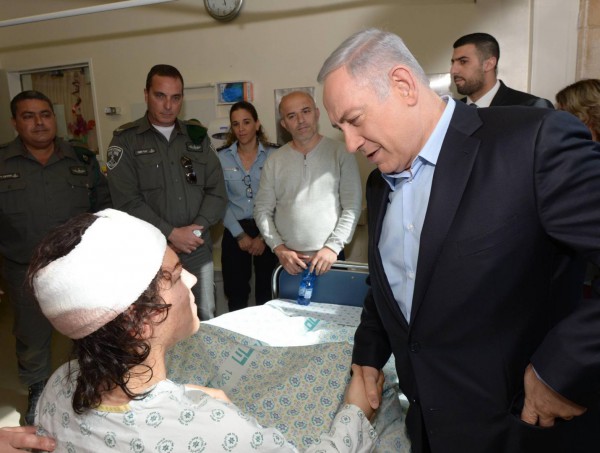 Prime Minister Netanyahu visited the wounded Border Policewoman and soldier telling them: “Your reactions and your resourcefulness prevented terrible disasters.  The entire Israeli people embrace you and hope that you will recover quickly.”

In the wake of the attack, Hamas called the murderous strike a “unique and heroic operation,” as well as a “blow to the security system of the occupation.”

Media outlets like CBS News added to the propaganda game, as often before, by distorting the story in their headline.

In their first edit after public rebuke, CBS News changed the headline to “Israeli police kill 3 alleged Palestinian attackers.”  Complaints emerged about the use of “alleged,” which pertains to unverifiable actions, while the attack indeed occurred.

A second headline edit aired seven hours after the story stating, “Palestinians kill Israeli officer, wound another before being killed.”

To the publication of the first headline: “3 Palestinians killed as daily violence grinds on,” StandWithUs accused CBS News of “shameful bias that enables incitement to thrive.”  The pro-Israel advocacy group also said public outcry had pushed CBS to fix their mistakes, while others say the damage is done.

One such outcry came from Florida resident Joseph Waks, who called CBS to express his anger:

“You’re enabling terrorism,” Waks said.  “By scribing that type of headline, you’re helping them, … giving them encouragement.  They are killing innocent people! … Come with me to Israel.  You’ll see what’s actually going on over there.” (StandWithUs Facebook video posted February 4, 2016)

“Even though the headline was updated after CBS heard from outraged readers, the question remains:  How could a major news organization like CBS News write and then publish such a misleading headline?” asks HonestReporting in an open petition to CBS News President David Rhodes.