Can Salvation Come through the “Seven Noahide Laws”?

“You also were included in Messiah when you heard the message of truth, the gospel of your salvation.  When you believed, you were marked in Him with a seal, the promised Holy Spirit.”  (Ephesians 1:13)

Although Judaism does not believe in Yeshua (Jesus) as the Savior or Messiah for either Jew or non-Jew (Gentiles), the rabbis do have a doctrine for the salvation of non-Jews.

They call it the Noahide Laws or Noahide Covenant.

More than a set of moral laws to live by, it has recently become an established religion primarily made up of former Christians who have denied their faith in Yeshua (Jesus) as their Savior.

These non-Jews who believe in the God of Israel and the Tanakh (Old Testament) do not want to convert to Judaism.

However, they have placed themselves under the authority of Ultra-Orthodox (Hasidic) Jewish rabbis from the Chabad movement.  These rabbis set the liturgy, rules, and beliefs for their “Noahide” religion.

The followers of this religion are known in Hebrew as B’nei Noah or in English, Children of Noah.

What are the Noahide laws and should non-Jews (Gentiles) be following them? 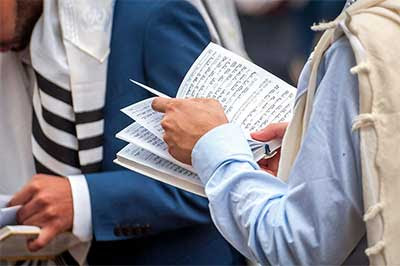 The Seven Laws of Noah, According to Jewish Law

Judaism teaches in the Talmud (oral law), that God gave Noah’s sons the Seven Laws of Noah, which in Hebrew is Sheva Mitzvot B’nei Noah.

Only two of the seven laws (in bold below) are actual commands given to Noah by God. All seven, however, are listed in the Talmud  (Mishnah, Sanhedrin 56a).  They are: 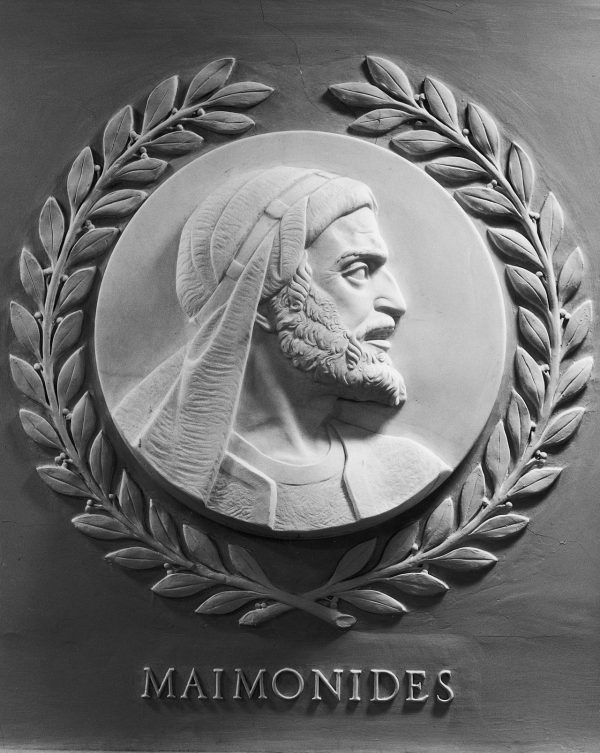 Relief of Maimonides, also known as Rambam in the US House of Representatives.

In the 12th century, the great Jewish Sage Maimonides (also known as RAMBAM) urged the observance of these laws on non-Jews.

He wrote, “Anyone who accepts upon himself and carefully observes the Seven Commandments is of the Righteous of the Nations (Gentiles) of the World and has a portion in the World to Come.”  (Mishneh Torah)

But this idea of entering eternal life through the seven laws never became popular with Christians.

One reason is that Believers in Jesus (Yeshua) have followed these laws since the Council of Jerusalem 2,000 years ago.

But more importantly, at the Council the Jewish Apostles Peter and Paul affirmed the good news that Gentiles were believing in Yeshua the Messiah and receiving the Holy Spirit — and that is how we enter eternal life. 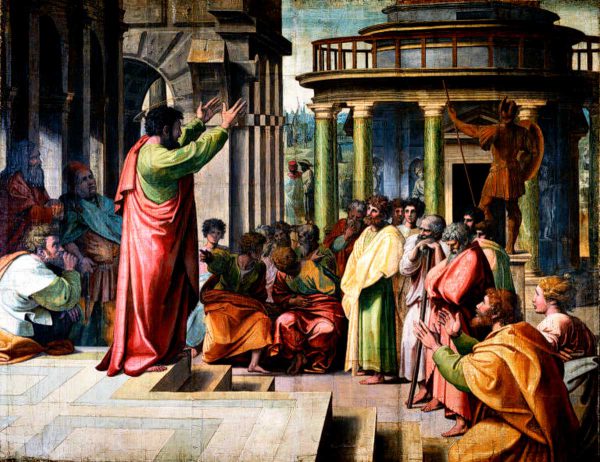 The Jewish Apostles also discussed whether Gentiles were required to keep the Law of Moses once they came to believe in Yeshua as their Savior.

Peter explained the true source of salvation:  “God, who knows the heart, showed that He accepted them [the Gentiles]  by giving the Holy Spirit to them, just as He did to us.”  And he said that  “it is through the grace of our Lord Yeshua that we are saved, just as they are.”  (Acts 15:8–11)

Most notably, they decided that these new Gentile Believers should not practice sexual immorality, nor should they eat blood or food that had been sacrificed to idols (Acts 15:29).

This direction comes from God in Leviticus 17:11 that says “life is in the blood,” which is a theme throughout the whole Bible.  (Later, the Jewish Apostles added that Gentiles should not eat the meat of strangled animals.)

The other Noahide laws are already established in the Ten Commandments and are moral principles that Christians have always affirmed. 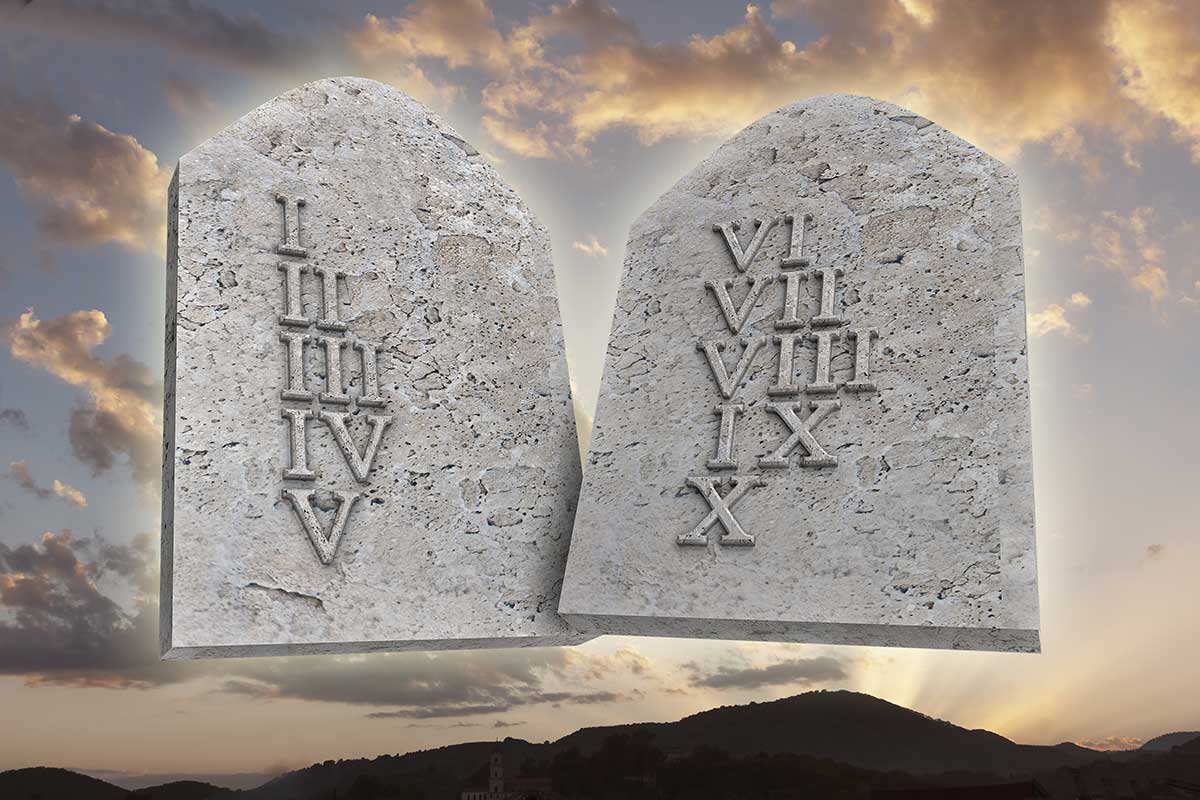 Around 40 years ago, the last Rebbe (head rabbi) of the Chabad Lubavitch Hasidic movement, Menachem Mendel Schneerson, launched a global “Noahide Campaign,” writing and speaking about the need for Righteous Gentile Noahide communities.

He believed that officially “converting” the world (known also as the seventy Gentile nations or people groups) into Noahides would bring about world peace and usher in the Messiah.

Some of the Chabad rabbis have been taking that message of peace to world leaders ever since, with some success.

In 1987, US President Reagan signed a proclamation affirming “the historical tradition of ethical values and principles, which have been the bedrock of society from the dawn of civilization when they were known as the Seven Noahide Laws, transmitted through God to Moses on Mount Sinai.”

The US Congress made a similar statement in 1991. 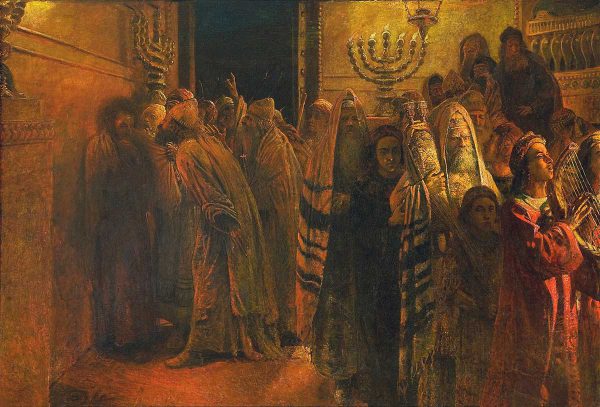 The unofficial Sanhedrin Court in Israel (which has been set up by Orthodox Jews for a future Third Temple in Jerusalem) states that these seven Noahide laws are so foundational to a civilized world that the court is “required to play a role in helping to clarify these basic teachings.”

They believe that each group of people from the seventy nations “in turn must set up its own religious court to expand, develop and adapt these laws to fit the needs of its community of Gentile believers in the God of Israel.” 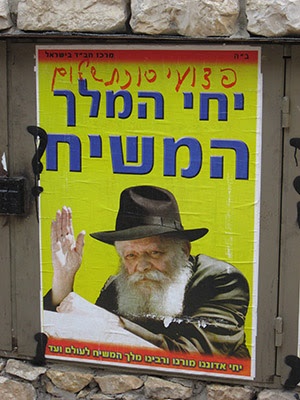 In this effort, the Sanhedrin Court has ordained some in the B’nei Noah community specifically to spread understanding and observance of Noahide laws.

That sounds noble and virtuous, but as these Gentile Noahides share their rabbinic ideas about the Noahide laws to Gentile Christians, they are promoting more than just moral virtues.

They are actively recruiting Gentile Believers in Yeshua to submit to their Hasidic Orthodox Jewish beliefs of how to worship God as a Gentile without faith in Yeshua.

The Chabad Orthodox Jewish movement is focused on bringing nominal Jews back to Judaism.  The movement is well respected in the Jewish community with a large footprint in almost every country around the world.

Wherever Israelis and Jews travel, there is a Jewish Chabad house where they can pray and get kosher meals.

However, about half of its members, including all of its 6,000 rabbis, believe that the deceased Menachem Mendel Schneerson is the Messiah and this teaching is exposed to the Noahides.

And although these Gentile Noahides love Israel and Judaism, their Chabad rabbis do not allow them to keep Shabbat and other Biblical commandments.

The rabbis teach that God gave the commandment to keep the Shabbat (Sabbath) only to the Jews.

We must remember, however, that God ordained keeping the Sabbath day holy in Genesis 2, which was before the time of Noah or Moses. 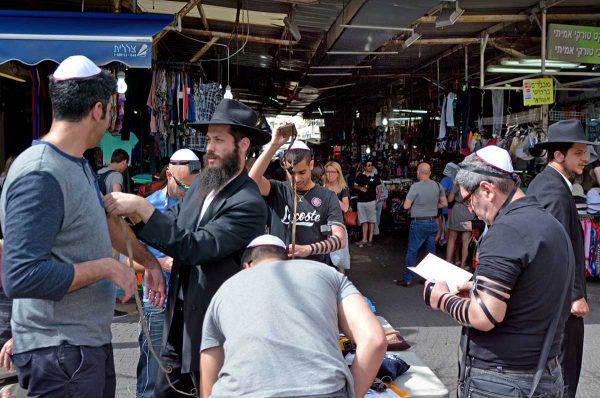 Member of Chabad in Tel Aviv shows a secular Jewish man how to wear tefillin, as a literal interpretation of Deuteronomy 6:8 and other verses like it: “Tie them [God’s  commandments] as symbols on your hands and bind them on your foreheads.”

The Missing Laws and the Grace of Yeshua

Though the Noahide Laws present some foundational moral guidelines, God gave more commands to Noah than only the two mentioned above.

And though God did not state it explicitly, the covenant with Noah is really one of grace and generosity, not only rules.

The door of Noah’s Ark is a picture of salvation in Messiah Yeshua, since He is the door through which we need to go through to receive eternal life, as Yeshua Himself said, 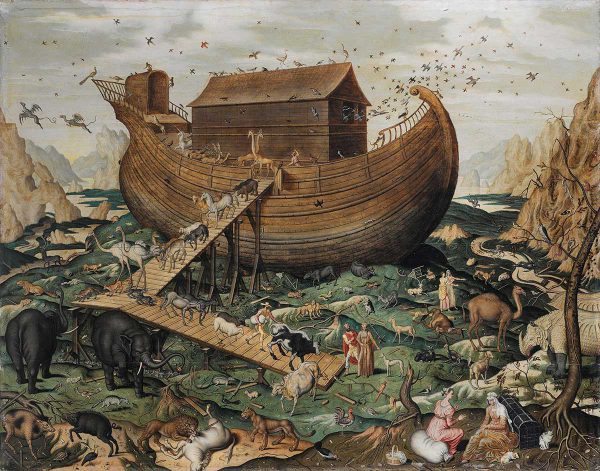 Hopefully, this article inspires you to warn Believers, both Jews and Gentiles, who are learning from Orthodox rabbis and their errant teachings.

Each year, many Christians deny Jesus because they think that following Judaism is the “purer” faith.

And sadly, each year, many Messianic Jews (Jewish followers of Yeshua) also deny Yeshua (just like Peter once did), or they are under great pressure to do so.

For most Jews who accept Yeshua, many of their immediate family members and relatives either disown them or treat them like outcasts.

They do this because they feel that the Messianic Jew has now become a “Christian, an idol worshiper, and a traitor,” to the Jewish faith and community. 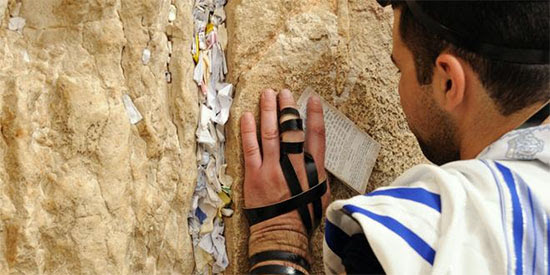 Man wearing tefillin and a tallit (prayer shawl) prays at the Western (Wailing) Wall in Jerusalem.

These pressures that a Jewish follower has to deal with, especially in Israel, are tremendous.

Many have been fired from their jobs, spouses leave them because of their new faith, and even some parents have had “funerals” (sat shiva) for their children who have left the faith.

You can make a difference for eternity as you partner with our ministry, which helps counsel those we meet who have left the faith.