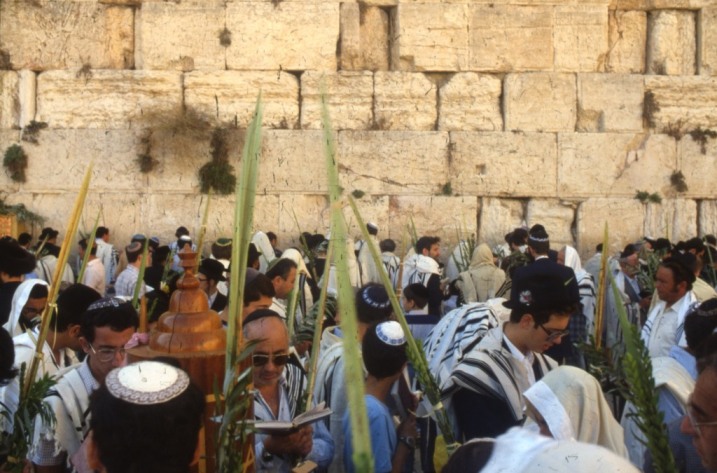 The crowds gather at Sukkot for the priestly blessing at the Western (Wailing) Wall with their lulavs, which are made of palm, myrtle and willow, (Leviticus 23:40).  Today’s use of the lulav reflects ancient practice.  In Temple times the Jewish People would have brought the lulav to the Temple Mount every day during Sukkot.

Today, on the third day of the seven-day holiday of Sukkot (Feast of Tabernacles), multitudes gathered this morning at the Western (Wailing) Wall for the Birkat Kohanim (Priestly Blessing) to receive the traditional blessing from thousands of Kohanim, Jewish men who are from the priestly lineage of Aaron (Moses’ brother).

The Kohanim joined together to bless with one voice those who had come to the Wall, both Jew and Gentile.

Tens of thousands of people gathered, including our Bibles for Israel ministry workers.  The event took place this morning at 8-11 a.m., Israel time.

“The presence of Adonai (the Lord) was so thick at the Kotel (Western Wall)!  Shivers were going down my spine, and through my body, as I felt the Ruach HaKodesh (Holy Spirit) piercing through me with His holiness and love,” said Chaim, a Bibles For Israel ministry worker.

“It was like being before the throne of HaShem [God].  Having thousands of Kohanim singing these prayers and blessings all in one accord is the next best thing to having thousands of angels with trumpets in your midst.” 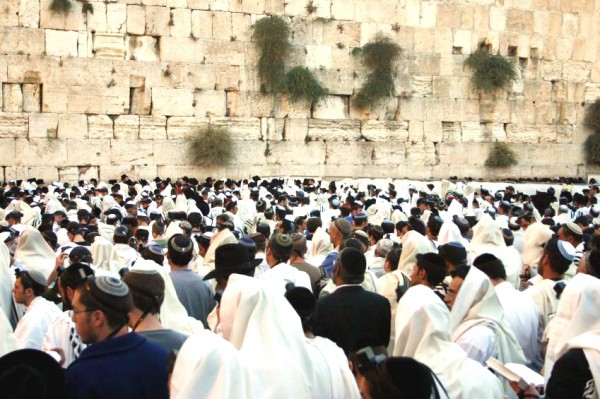 Jewish men receive the Priestly Blessing at the Western Wall.  Some worshipers are wrapped in their prayer shawls (tallit).  The Kohanim wear the tallit over their heads while saying the Blessings.

The Birkat Kohanim is also called Nesiat Kapayim (Raising of the Hands) because the hands of the Kohanim are spread out over the congregation during the blessing.

The Birkat Kohanim, which was established 40 years ago, takes place twice a year at the Western Wall during the intermediate days of Sukkot and Pesach (Passover). 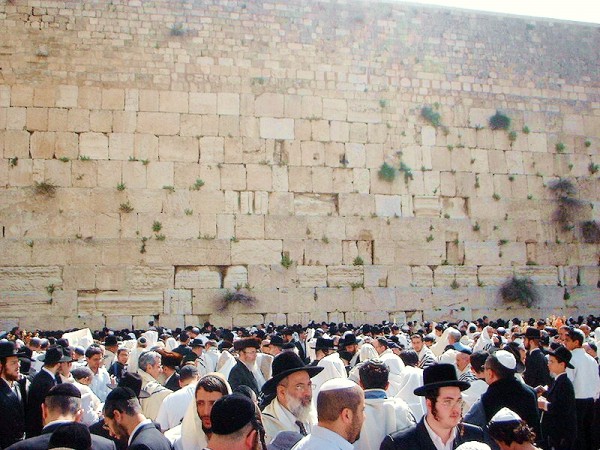 The crowds gather at the Western (Wailing) Wall for the Birkat Kohanim (Priestly Blessing).  This tradition was established about 40 years ago, and is based on the idea that 300 Kohanim should bless the Jewish People in the Kotel (Western Wall) Plaza, which is close to where the Temple once stood on the Temple Mount.

In Temple times, the Jewish People would build sukkot (booths, tabernacles) in Jerusalem to remain near the Temple for the seven-day harvest festival.

Today, throughout the Old City of Jerusalem, local residents have built a sukkah on their porch where they eat, and there are also public sukkot (plural for sukkah).

But this holiday is not only for the Jewish People: it is also for the Gentiles.

In fact, rabbinic tradition holds that the 70 sacrifices (Numbers 29) offered throughout Sukkot atoned for the 70 nations of the world (see Genesis 10).

According to the Hebrew prophet Zechariah, the nations will come up to Jerusalem to celebrate Sukkot (Feast of Tabernacles) after the end-time period when the world comes against Israel.

“Then the survivors from all the nations that have attacked Jerusalem will go up year after year to worship the King, the Lord Almighty, and to celebrate the Feast of Tabernacles.”  (Zechariah 14:16)