The Amazing Connection Between Passover and Good Friday “But He was pierced for our transgressions, He was crushed for our iniquities;
the punishment that brought us peace was upon Him, and by His wounds we are healed.”  (Isaiah 53:5)

Tonight, Christians around the world will be honoring “Good Friday,” the day that Yeshua died on the execution stake.

And tonight, Jewish People will be celebrating their deliverance from Egypt at a Passover Seder.

There, they will recount how the Angel of Death (or Destroying Angel) passed over the homes of the Israelites and all those in Egypt who applied the blood of the Passover lamb to their doorposts.

The night before He was executed, Yeshua (Jesus) gathered His disciples for a final meal. 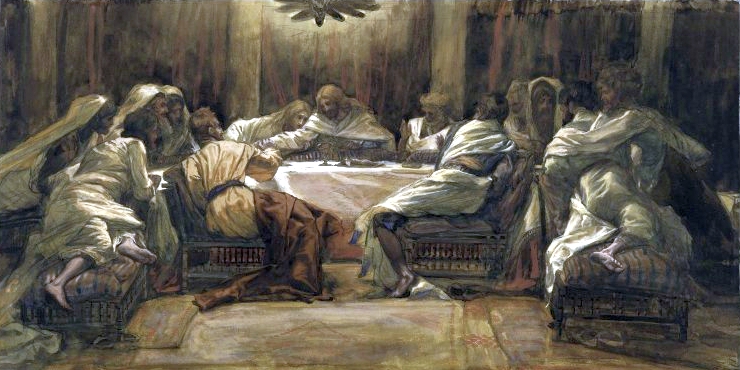 The Last Supper: Judas Dipping His Hand in the Dish, by James Tissot

Though this would be the last time Yeshua broke unleavened bread and shared wine with His disciples, He did not leave them without hope.  He emphasized the physical coming of the Kingdom of God to the earth as well as His return and the inauguration of a New Covenant:

“After taking the cup, He gave thanks and said, ‘Take this and divide it among you. For I tell you I will not drink again from the fruit of the vine until the kingdom of God comes.’

“And He took bread, gave thanks and broke it, and gave it to them, saying, ‘This is my body given for you; do this in remembrance of Me.’ In the same way, after the supper He took the cup, saying, ‘This cup is the new covenant in My blood, which is poured out for you.’” (Luke 22:17–20)

And so Yeshua taught His talmidim (disciples) that the Passover Seder was from that time on to be celebrated in remembrance of the sacrifice that He was to make of Himself in order to become an atonement for the sins of all mankind. 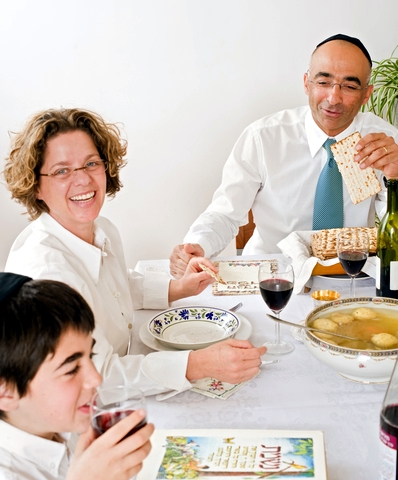 On the first night of Passover, at sunset, the eight-day celebration of Passover begins.  Jewish people will mark the beginning of this prophetic holiday, which foreshadows the salvation wrought for all mankind by Yeshua, with a ceremonial meal called the Seder, in which the story of deliverance from slavery in Egypt is retold.

The Prophetic Fulfillment of Yeshua as the Passover Lamb

“Clean out the old leaven so that you may be a new lump, just as you are in fact unleavened.  For Messiah our Passover also has been sacrificed.’”   (1 Corinthians 5:7)

As the blood of the Passover lamb spared the Israelite firstborns from death in Egypt, the blood of Messiah Yeshua spares us from eternal death and separation from God.

Therefore, we can live confidently without any fear of death or dying, as we know that when we pass from this life, our lives continue eternally with our loving Father in Heaven.

Indeed, no sacrifice could cover intentionally disobeying the law.  Nor could its covering of sin extend into eternity.  Only the Lamb of God could redeem humankind from the curse and the punishment of disobedience, as well as give eternal life. In 700 BC, the Prophet Isaiah spoke of the fulfillment of Passover through the coming of the Passover Lamb, the Suffering Servant of God, who would become this curse for us and bear the sins of many:

“He was pierced for our transgressions, He was crushed for our iniquities; the punishment that brought us peace was on him, and by His wounds we are healed. We all, like sheep, have gone astray, each of us has turned to our own way; and the Lord has laid on Him the iniquity of us all.”   (Isaiah 53:5–6; see also Galatians 3:10, 13; 2 Corinthians 5:21)

But Isaiah 53 is not the only prophecy about Yeshua.  We can know that Yeshua was this Suffering Servant and took our death penalty upon Himself as our Passover Lamb by carefully reading Passover Scriptures that foreshadow Him, such as these:

Foreshadow:  Exodus 12:5 speaks of a spotless (unblemished) lamb to be used in the Seder. Isaiah 53:11 further describes the coming Passover Lamb as being the “righteous servant.”

Fulfilled:  Paul tells us that “God made Him [Yeshua] who knew no sin to be sin on our behalf, so that in Him we might become the righteousness of God.” (2 Corinthians 5:21)

Foreshadow:  Exodus 12:22–23 describes how the blood of the lamb is used to cover the members of the household from judgment. Isaiah 53:6 says the Messiah bore the “iniquity of us all.”

Fulfilled: Believers now “have confidence to enter the Most Holy Place by the blood of Yeshua, by a new and living way opened for us through the curtain, that is, His body.” (Hebrews 10:19–20) 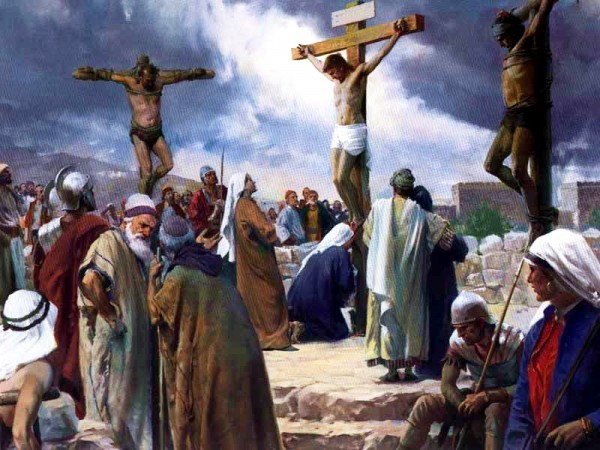 Foreshadow: Exodus 12:6 says that the lamb is to be slaughtered between the evenings (sometimes translated twilight).

Fulfilled: Matthew 27:45–46 describes how Yeshua hung on the tree from the 6th hour to the 9th hour, which is before evening fell. It is the same time that the Passover lambs were being slain for the Passover Seder.

Foreshadow: Exodus 12:46 says that not a bone of the lamb is to be broken.

Fulfilled: John 19:31–36 states that when the soldiers came to break the legs of those condemned to die on the Roman execution stake in order to hasten their death, Yeshua was already dead. Not one of His bones was broken.

Foreshadow: Leviticus 23:5 says that Passover is to be celebrated on the 14th of Nissan at twilight. 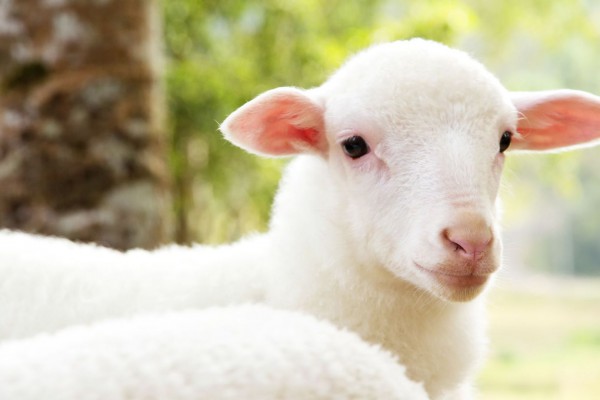 Kria: The Jewish Custom of Rending the Garments

Yeshua’s last words before giving up His Spirit were, “It is finished.”  At that moment, our Father in heaven fulfilled an important Jewish custom that may be overlooked on this Good Friday.

In Judaism, there are seven immediate family members who are expected to observe a seven-day mourning period: the father, mother, daughter, son, brother, sister, and spouse.

These seven mourners participate in a special tradition.

To symbolize how death rips the fabric of life, their garments are symbolically ripped just before the funeral, as Jacob did when he thought his son Joseph had been killed.

“Then Jacob tore his clothes, put on sackcloth and mourned for his son many days.”  (Genesis 37:34)

In this tradition called kria, the parents and children rend the garment on their left, closest to the heart.  Spouses and siblings tear their garments on the right.  While this may seem like an odd tradition, it dates back to Biblical times (Genesis 37:34). 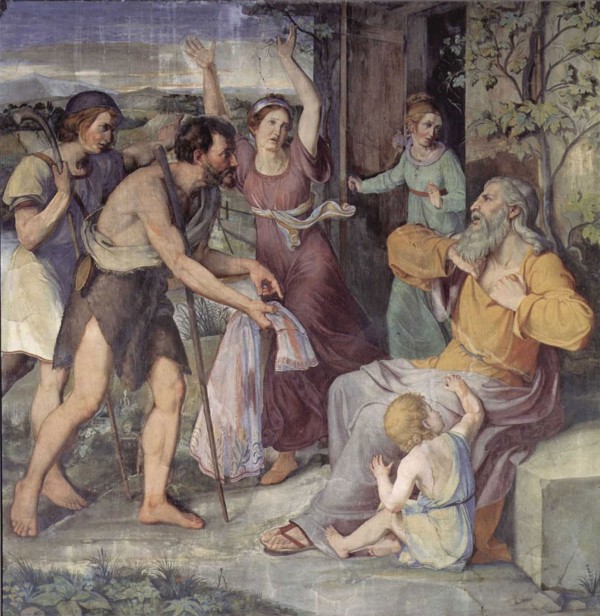 In fact, at the moment of Yeshua’s death, the Heavenly Father also seemed to observe kria in His grief over the death of His son Yeshua (Jesus) the Messiah.

“At that moment the curtain of the Temple was torn in two from top to bottom. The earth shook and the rocks split.”  (Matthew 27:51)

Rending the curtain of the Temple removed the need for an appointed High Priest to bring a sacrifice into the Holy of Holies and make intercession for the sins of the people year after year.

Yeshua is the Father’s anointed High Priest, who sacrificed His own body and blood for us.  He is our only intermediary.

We come to our Father through Yeshua.  Though He suffered and died 2,000 years ago, the tomb is empty and He is now Alive! “Messiah has been raised from the dead, the first fruits of those who have died.”  (1 Corinthians 5:20)

He now sits at the right hand of the Father and all authority has been given to Him!  He is our High Priest and only intermediary to God the Father for Jew and Gentile alike.  (Colossians 3:1; Matthew 28:18; 1 Timothy 2:5)