No Thanks,
I already
reserved one.
This article has been tagged with "Science - Technology" 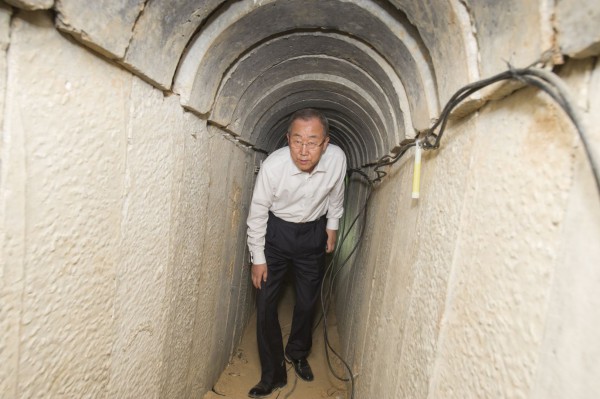 “For three sins of Gaza, even for four, I will not relent.  Because she took captive whole communities and sold them to Edom, I will send fire on the walls of Gaza that will consume her fortresses.”  (Amos 1:6-7)

During a visit to Israel and Gaza, United Nations Secretary General Ban Ki-Moon walked through a Hamas terror tunnel this Tuesday, after at a donor conference in Cairo on Sunday where he claimed that Israel’s “occupation” was responsible for the Gaza war.

“We must not lose sight of the root causes of the recent hostilities: A restrictive occupation that has lasted almost half a century, the continued denial of Palestinian rights and the lack of tangible progress in peace negotiations,” Ban said at the Cairo conference, which drew $5.4 billion in pledges from attending donors for Gaza’s reconstruction.

“I was shocked by the tunnels used for the infiltration of terrorists.  No one needs to live under the constant threat and fear of rockets and tunnels digging underground,” Ban said, after Israeli soldiers led him through the sites of the war’s greatest impact. 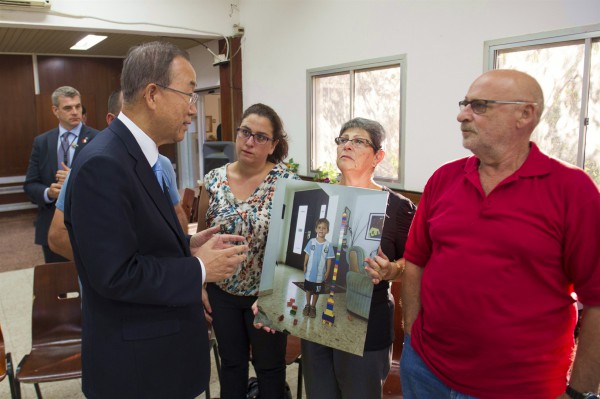 Ban also visited with Daniel Tragerman’s relatives, including his mother, Gila, who had implored Ban in a letter to accuse Hamas of “war crimes” for the more than 3,600 rockets Hamas launched into Israeli civilian areas, wreaking havoc and killing several, including 4-year-old Daniel.  Gila’s letter came after Ban accused Israel of “war crimes” on the day of Daniel’s murder.

“I just met the grandparents and uncle of Daniel, four years old, just a young boy.  What has he done wrong?  Why has he to die?  Even without knowing anything, even without being able to grow up.  This is very sad.  I conveyed my deepest condolences to the family, but I only hope that my words of condolence will help a little bit to heal their wounds, but that may not be enough.  For that, I am urging again that the two parties address all the underlying issues, to bring peace and harmony and security to the two peoples,” Ban said following his meeting with the family.  (JPost) 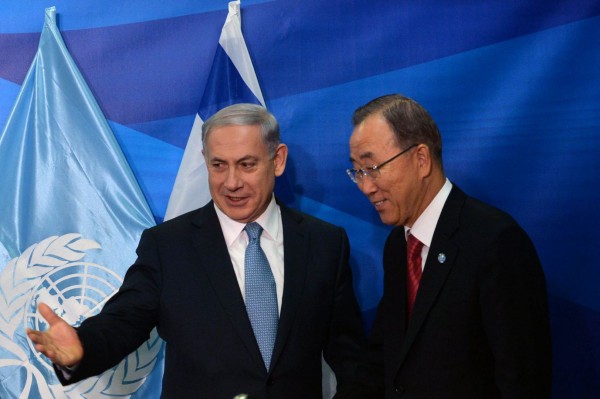 On Monday, a day after Ban’s errant remarks in Cairo, Netanyahu publicly stated before meeting with Ban that Israel’s complete withdrawal of Jews from Gaza in 2005 completely invalidated the idea of an “occupation” in Gaza.

“The root cause of Hamas’ rocket fire on Israel is Hamas’ opposition to Israel’s very existence,” he said. 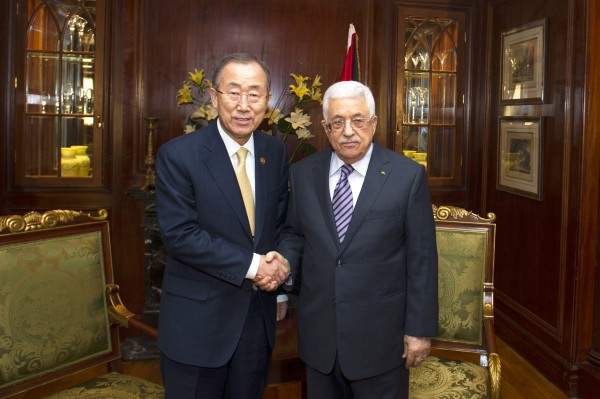 “What he calls ‘ending the occupation’ already happened in the Gaza Strip in August 2005,” Edelstein affirmed to the station.

Edelstein also criticized Cairo for not inviting Israel to the Gaza-reconstruction conference and said Gaza’s ability to rebuild its civilian infrastructure will require more than Sunday’s successful fundraising in Cairo.

The donations, including a $1 billion pledge from Hamas-funder Qatar, lack proper supervision which might lead to the incoming wealth falling straight into the hands of Hamas terrorists, Edelstein said.  (JPost)

“The damage coming from a lack of supervision is double: Nothing will reach the population and Hamas’s temptation to start a new round of violence once it strengthens itself will be great, so all of the money invested in rehabilitation will go down the drain,” he said. 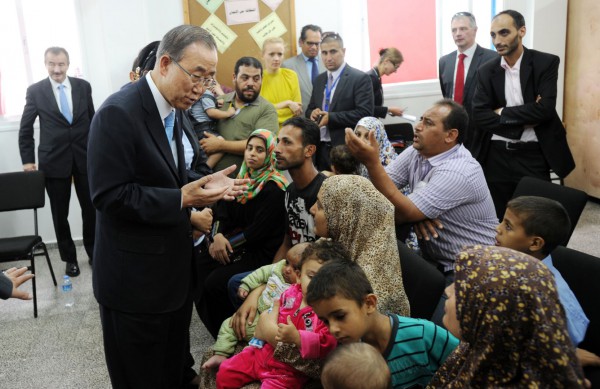 Secretary-General Ban Ki-moon (second from left) meets with internally displaced persons (IDPs) during his visit to the Gaza Strip.

Meanwhile, Israel has shifted significantly in moving people and produce in and out of Gaza this week, allowing Gazan farmers and fishermen to transport their goods to the West Bank market for the first time since 2007, when Hamas violently took over the Gaza Strip.

The 2,000 tons of gravel, 600 tons of cement and 400 tons of steel will be monitored by a supervisory team of Israeli, P.A. and U.N. representatives, to keep the materials from being used to build terror infrastructure.  (Times of Israel)

Do Good Shepherds Really Break the Legs of Sheep?

Bible prophecy prepares us to think of the Messiah as a Good Shepherd, one who calls His wandering sheep back to Himself.

Deepen your understanding of the Bible and follow in the footsteps of Yeshua (Jesus) along Israel’s Jordan river, a river of miracles.

Feature
Gemstones, Lightning, and the Power of God

Chashmal or amber in the Bible became the Hebrew word for electricity. Find out how the prophets described their electrifying encounters with God in the midst of lightning and other electrical forces.

Many incorrectly believe that science disproves Judaism and Christianity, but we will discover how science may soon explain how even miracles can occur.