Palestinian Flag Will Wave at UN

“When the enemy shall come in like a flood, the Spirit of the Lord shall lift up a standard against him.”  (Isaiah 59:19)

Although a so-called Palestinian state does not exist, it nevertheless gained further status at the UN last week when a resolution was approved allowing for the Palestine flag to wave among the banners of the other member states. 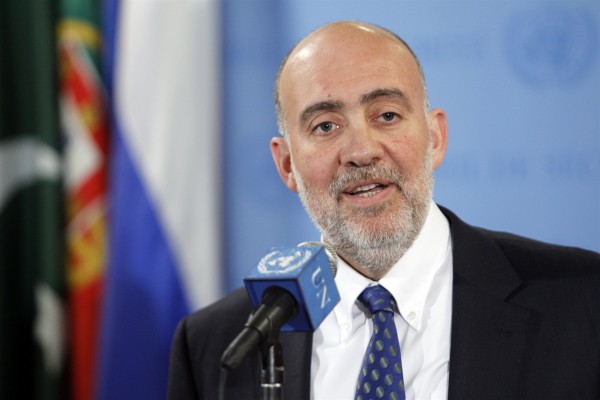 This action prompted outgoing UN Israeli ambassador Ron Prosor to quip that if the Palestinians wanted to pass a resolution at the UN General Assembly that the world was flat, it would be approved.

“In my four years, I have seen hypocrisy, I have seen duplicity, and I have seen a triple standard—one for democracies, one for dictatorships, and a special standard designed only for Israel,” said Prosor.

“I thought I had seen everything,” he continued.  “But I have to admit, this time, the Palestinians managed to take cynicism to a whole new level.  The goal of this resolution is a photo op.  The Palestinians want to bring together world dignitaries and the media to gather around and watch as [Palestinian Authority President Mahmoud Abbas] Abu Mazen raises a flag.  They plan to use the prestige of the UN as a backdrop for this charade.”  (JPost)

In his last speech before the world body before completing his four-year term as ambassador, Prosor said that rather than flying the Palestinian flag they should fly the white flag of surrender since they had given up having any principles.

He noted that the resolution was not only procedurally flawed having been brought to a vote without any of the required debate or discussion, but that it now allowed the Palestinians to manipulate the institution for its own public relations purposes.

In addition, it violates several agreements between Israel and the Palestinian Liberation Organization (PLO) that states the PLO will not take unilateral actions toward statehood outside of direct negotiations with Israel. 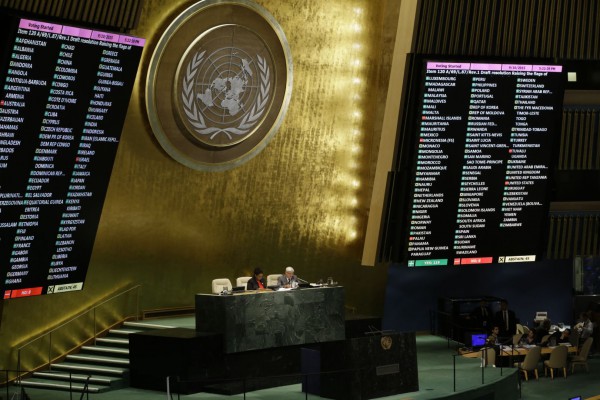 Palestine gained non-member observer status at the UN in 2012.  The only other international body with non-member status is the Vatican.

Prior to this resolution only member states were allowed to have their flags flown.

Riyad Mansour, the Palestinian UN representative said that the resolution is like the light of a candle to keep Palestinian hopes alive.

Only eight countries voted against the proposal: Israel, the US, Canada, Australia, Palau, Micronesia, Tuvalu and the Marshal Islands.

The resolution included the Vatican state, the only other international body with non-member observer status; however, the Vatican, which did not co-sponsor the resolution, is not planning to fly its flag at the UN headquarters in New York before Pope Francis visits the UN later this month.  (YNet)

The Palestinians are planning to have Palestinian Authority President Mahmoud Abbas raise their flag when he addresses the General Assembly September 30th.

The resolution allows 20 days for its implementation.