“Therefore the law is paralyzed, and justice never prevails.  The wicked hem in the righteous, so that justice is perverted.”  (Habakkuk 1:4)

On April Fool’s Day, the International Criminal Court (ICC) officially enrolled the Palestinian Authority (PA) as its 123rd member, calling it the “State of Palestine” even though it is not legally a state.

ICC membership was approved despite the objections of countries, such as the United States, that contend the PA is ineligible to join the international body because it isn’t a sovereign state.

Undeterred by the fact that the membership is in breach of the 1993 Oslo Accords, diplomats and officials from more than 100 countries attended the signing ceremony in The Hague. 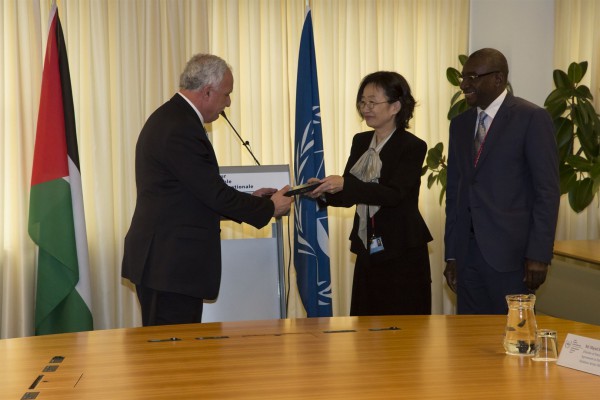 ICC Second Vice-President Judge Kuniko Ozaki, in the presence of the President of the Assembly of States Parties, H.E. Sidiki Kaba, presents Minister of Foreign Affairs of Palestine Dr. Riad Al-Malki, with a special edition of the Rome Statute.   (ICC-CPI photo)

The PA had tried to join the ICC in 2009.  The move was rejected then because it did not have the status of a state.

In November 2012, the United Nations granted the PA non-member state status.  This enabled the PA to levy a renewed ICC bid, despite the fact that the UN recognition is not a statehood according to the international legal definition of a state.

Israel is not a member of the ICC, yet the PA is planning to sue Israel for having Jewish settlements in Judea and Samaria, Israel’s ancient heartland, even though the Jewish presence there is legal according to the 2012 Levy Report.

As well, the PA will sue Israel for supposed war crimes in last summer’s Operation Protective Edge in Gaza, a counter-terror operation designed to end the threat of Gaza terror tunnels and the constant bombing of Israel.

The UN Human Rights Commission has been investigating such alleged war crimes and is expected to release its report in June of this year. 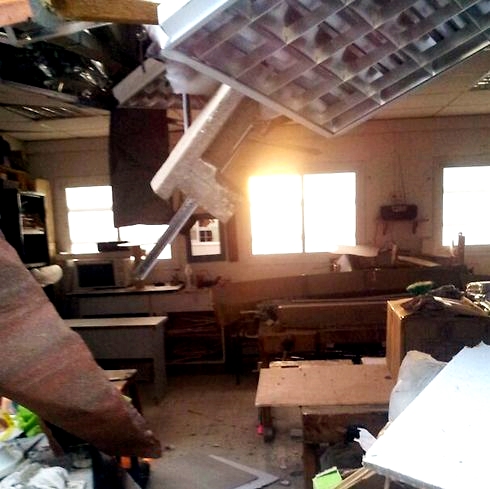 ICC membership, however, also causes the PA and Hamas to be vulnerable to legal action.

For instance, the United States Department of Justice received on March 31 a war-crimes complaint against a number of Hamas commanders on behalf of 26 Americans.

The 26 American complainants had “flights that were redirected or canceled or were present at the airport on July 22, 2014, when most American and other international airlines canceled their flights due to a rocket that struck close by,” writes the Jerusalem Post.

The 273 passengers on Delta Air Lines Flight 468 from New York to Tel Aviv that was diverted to Paris also would have a stake in the possible lawsuit.

Attorney Robert Tolchin and Israel Law Center (Shurat Hadin) chairperson Nitsana Darshan-Leitner are seeking the prosecution of all Hamas crew members and leaders who either fired rockets and missiles into Israel or directed the firing. 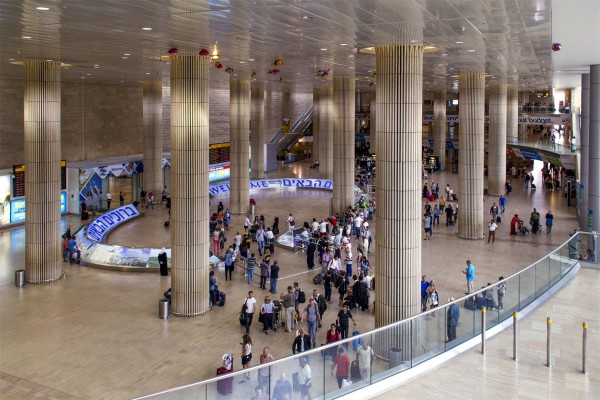 “We will continue to file complaints against Palestinian leaders both in the ICC and in many other national jurisdictions for the war crimes they have perpetrated against civilians,” he promised.  (JPost)

Darshan-Leitner said she had brought criminal indictments before the ICC against PA officials in January, at which time PA officials had signed the ICC’s founding treaty.  (Times of Israel)

The criminal indictments filed at the ICC included “war crimes and criminal crimes they committed against Israelis and Palestinians themselves,” Darshan-Leitner said.  “Many times, Palestinian leaders are executing Palestinians without a trial. During the war, Hamas executed before cameras on the street 39 men who they thought were helping Israel.  This is a crime against humanity.”  (BIN)

An unnamed PA Arab source also told Maariv that Israel has been compiling evidence for a possible counter-claim against the PA.

“The Israelis have prepared stacks of paperwork on conduct during Operation Protective Edge, including claims of Hamas rocket fire and Palestinian groups shooting from schools and other civilian buildings.  This could lead to a suit against Hamas leaders who control the Gaza Strip,” he said.