Jewish Contributions to the World: Flashlight For the Blind 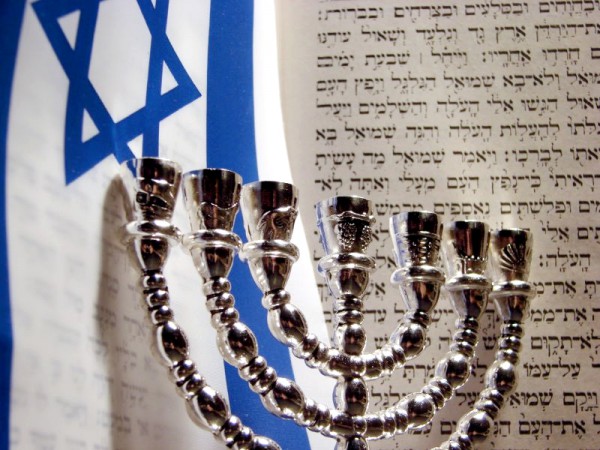 The two greatest gifts that the Jewish people have given the world are the Bible and salvation, as Yeshua (Jesus) said, “Salvation is of the Jews” (John 4:22).

Christians owe a great debt of gratitude to the Jewish people for these two gifts alone.

The Tanakh (Old Testament) and the Brit Chadashah (New Testament), as well as Yeshua (Jesus), the Messiah Himself, came through the Jewish people.

God promised that through Abraham’s seed, all the nations of the world would be blessed, and over the last 2000 years the Jewish people have given many other noteworthy gifts or contributions to the world. 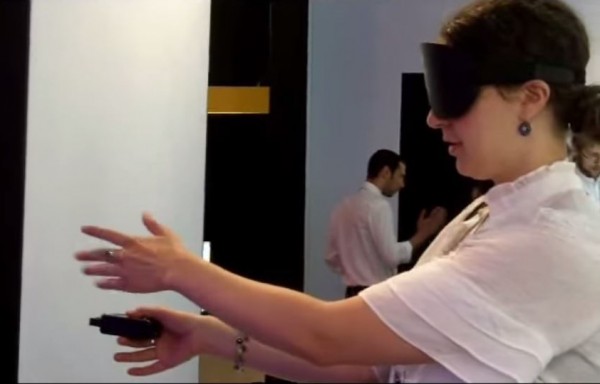 A “virtual cane” that uses sonar similar to bats and dolphins was recently developed at the Hebrew University of Jerusalem to improve the mobility of the visually-impaired.

New Technology: Flashlight for the Blind

One of the most recent contributions is a rethink of the traditional white cane that promises to revolutionize the dark world of the blind.

This newest high-tech marvel operates like a “virtual flashlight,” allowing the visually-impaired to form an accurate mental image of their surroundings by assessing the height and distance of various objects around them.

Developed by Amir Amedi of Medical Research Israel-Canada and the Department of Medicine of Hebrew University in Jerusalem (HU), this innovation uses sensors to detect objects in the user’s path so he or she can navigate safely.

The cane, which is about the size of a cellphone, modulates the strength of its vibration, harder or softer, as the user approaches or retreats from an object.

Another recent advancement unveiled at Hebrew University includes a computer chip capable of containing the data of a person’s metabolism and physiology.  This chip might eliminate the need to conduct tests on humans and animals.

Yet another innovation may improve safety at airports by remotely sensing a person’s stress levels. 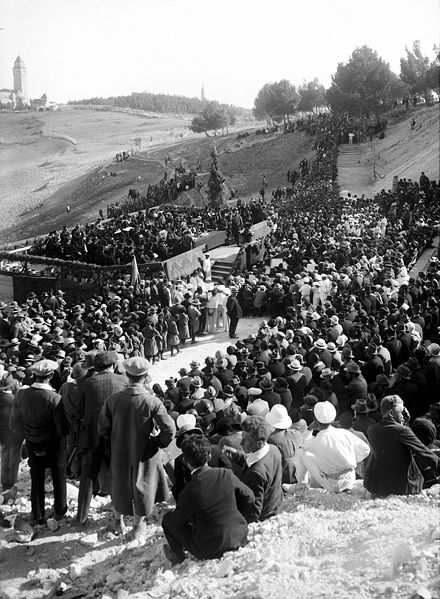 The opening ceremony of The Hebrew University in Jerusalem in 1925 was attended by British dignitaries like the Earl of Balfour and Viscount Allenby.  Today it’s ranked one of the top 100 universities in the world.

Even though the Jewish people are small in number, making up only 0.2% of the world’s population, many Jewish inventions and innovations have resulted in the greater good for all humanity.

This is in direct fulfillment of God’s promise in Genesis that the world would be blessed through the Jewish people:

“I will make your name great, and you will be a blessing.  I will bless those who bless you, and whoever curses you I will curse; and all peoples on earth will be blessed through you.”  (Genesis 12:3)

It’s marvelous to see that this promise continues to be fulfilled all these thousands of years later.

Though World Jewry constitutes only 0.2% of the world’s population, Jewish contributions have made the world a much better place to live.  This includes many of the advances in medicine, physics, chemistry, technology, and software now taken for granted. 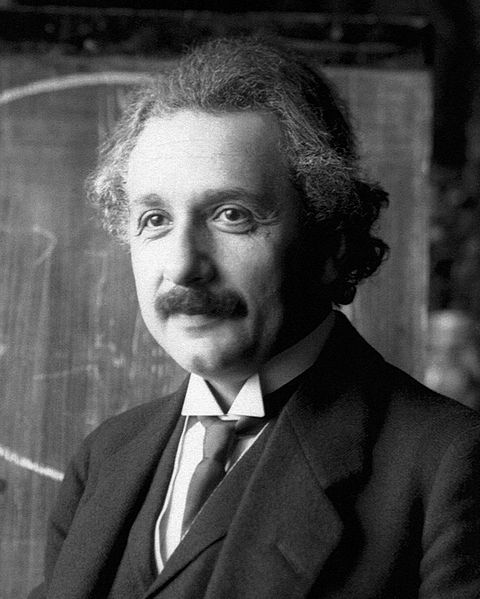 Albert Einstein, who is considered the father of modern physics and the most influential scientist of all time, was Jewish.

He developed the theories of Special Relativity and General Relativity which have applications in GPS satellites, understanding electrical phenomena and so much more.

We can thank his famous equation E=MC2for the nuclear power that keeps many of our cities and industries running.

Looking to the future, because of his contributions to Quantum Mechanics, one day we likely will have quantum computers exponentially more powerful than the kind used today.

“For if the Gentiles have shared in the Jews’ spiritual blessings, they owe it to the Jews to share with them their material blessings.”  (Romans 15: 27) 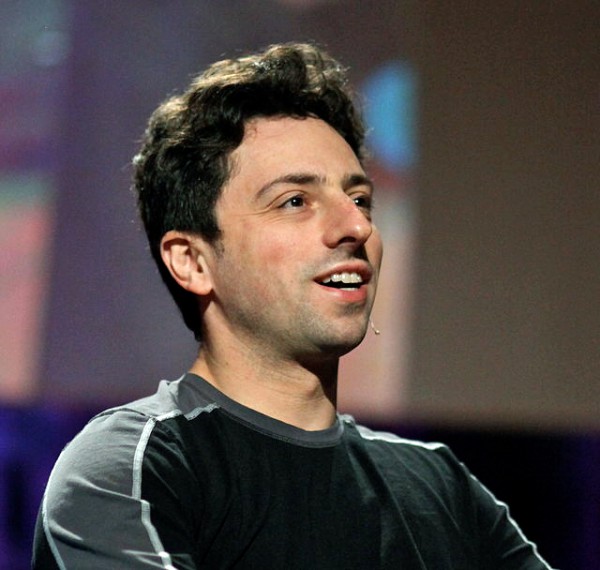 Sergey Brin, the co-founder of Google is Jewish.

In 1921, Einstein was awarded the Noble Prize in physics.  This honour is given to the men and women who have rendered the greatest service to humankind.

Einstein isn’t the only Jewish person to have been awarded the Nobel Prize.  About one in five of these awards have been given to Jews.

Jewish Noble Prize winners in medicine made such advancements as the discovery of human blood groups, penicillin, antibodies, growth factors, and the chemical transmission of nerve impulses.

We now take for granted so many of these advances.

We especially take for granted the Internet and software that we use daily.  The co-founder of Google, Sergey Brin, is Jewish.  So were the founders of PayPal, Oracle, Lotus, ICQ, EBay, and Facebook.

The world has been blessed in so many other ways by the Jews despite their small numbers!  And we’re only scratching the surface. 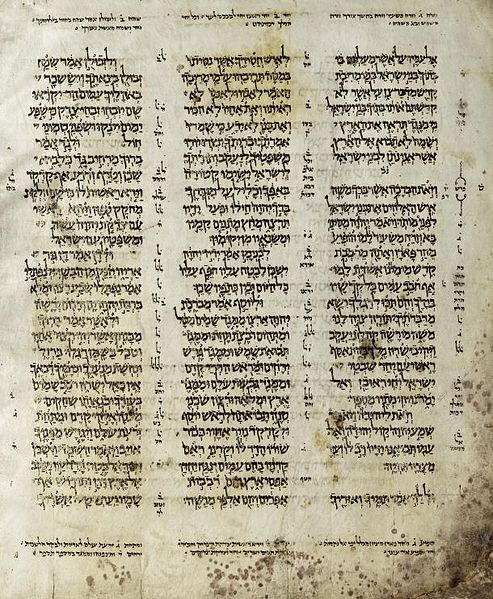 The Aleppo Codex contains vowel and grammar points specifying the pronunciation of the ancient Hebrew letters to preserve the chanting tradition.  It’s considered by some to be the most historically important Hebrew manuscript in existence.

About 51% of the recipients of the Pulitzer Prize for General Non-Fiction have been Jewish.

This includes The Dead Hand: The Untold Story of the Cold War Arms Race and Its Dangerous Legacy by David Hoffman; Ashes to Ashes: America’s Hundred-Year Cigarette War, the Public Heath, and the Unabashed Triumph of Philip Morris by Richard Kluger; and The Prize: The Epic Quest for Oil, Money, and Power by Daniel Yergin.

But the biggest single non-fiction legacy of the Jews is the Bible.  This Jewish contribution to the world has been translated into more than 2000 languages and is the most widely read and influential body of literature in all of human history.

And with your support and involvement, our Jewish ministry is creating for the first time ever a Messianic Prophecy Bible.

Not only has this never been done before, but we are creating a database of the most Ancient Bible manuscripts that have never been digitalized and available to the world online.

Many Jewish and Christian Bible translations use the Aleppo and Leningrad Codex.

Until now the Aleppo Codex has never been digitalized.  Bibles For Israel is creating such a database for the whole world to use for free over the Internet.