A Ramallah official has rejected a decision by the Palestinian Liberation Organization (PLO) Central Council last week to stop security coordination between Israel and the Palestinian Authority (PA).

Such coordination is an “important national strategic interest” for the people of the PA, said PA leader Mahmoud Abbas’ office.  (Israel Hayom)

The 124-member PLO council that voted to cancel the cooperation draws its members from the Gaza Strip, Judea, Samaria and several Arab nations.

The council made this decision because Israel has withheld PA tax revenue since January 3.  The frozen tax funds amount to 500 million shekels ($127 million).

Israel froze the taxes in response to the PA unilaterally joining the International Criminal Court effective April 1 of this year, showing complete disregard for the Israel-PA peace talks and signed agreements.

Arab and Israeli forces agreed on security coordination during the 1993 Oslo Accords, which set up the Palestinian Authority as a 5-year transitional government to negotiate a two-state solution with Israel. 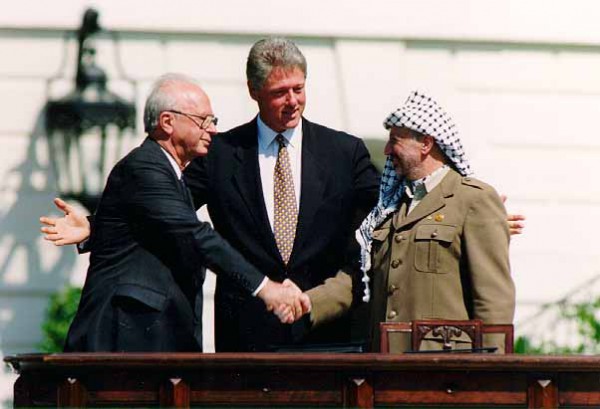 The PLO council called for a “harsh” response to Israel’s tax-revenue freeze, including cutting ties with Israel in security, political, and economic matters.

Calling Israel an “occupation force,” the PLO council said the Jewish state has failed “to abide by agreements signed between the two sides.”  (JPost)

The PA has since blocked/boycotted the imports of products from six major Israeli companies, and chief PA negotiator Saeb Erekat has warned that the revenue freeze might lead to the PA disbanding.  (Al-Monitor)

“The PA cannot decide to disband itself because its presence serves Israeli security, and Israel won’t allow its collapse,” writes Palestine Pulse contributor Adnan Abu Amer.  “Case in point, although the boycott is in full effect, their security coordination is in full swing to pursue their common enemy, Hamas.”

The coordinated security helps maintain relative calm by stopping Hamas operatives that would otherwise go unchecked.  For instance, Israel uncovered a plot by Hamas last year to oust PA Chairman Abbas and take over the West Bank.  It shared that intelligence with the PA. 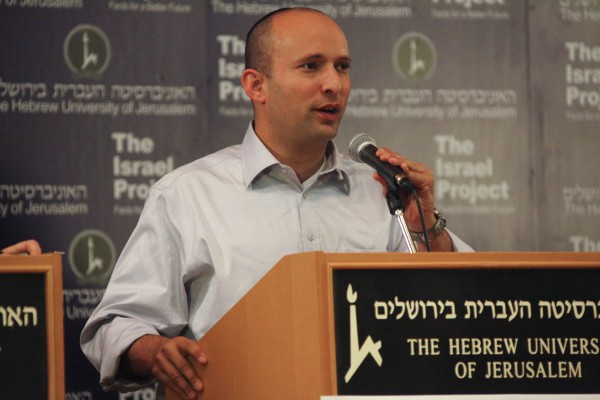 Disbanding the PA would cause it to be classified as a “government under occupation” and would mean that Israel will acquire the full executive, legislative and security responsibility over Judea and Samaria.  This would, in effect, create a one-state solution, which some in the Israeli parliament support, such as Israel’s Minster of the Economy, Naftali Bennett.

“Abbas encourages terror as the head of the PA, and now he threatens us by saying he will resign from his post,” Bennett stated last April when the threat to disband surfaced during the peace talks.

“If he wants to leave, we won’t stop him,” he continued.  “The Jewish people will not negotiate with a gun to their heads.”

“They’re grownups, and whatever they decide—we’re ready for every scenario.  We’re also ready for negotiations.  We’re willing to negotiate in Jerusalem, in Ramallah, New York, London, or Vienna. But we need readiness from the other party,” Israel Foreign Minister Avigdor Lieberman said last April.  “It not possible to come with new threats every day—that’s not how you negotiate.” 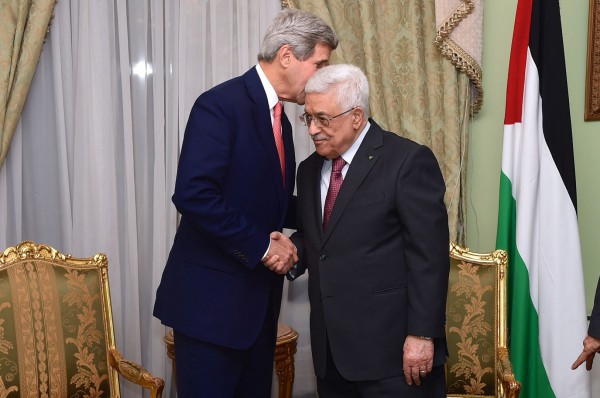 Prime Minister Netanyahu did not respond to the recent decision.  However, US Secretary of State John Kerry stated last month:

“If the Palestinian Authority ceases or were to cease security cooperation—or even decide to disband as a result of their economic predicament, and that could happen in the near future if they don’t receive additional revenues—then we would be faced with yet another crisis that could also greatly impact the security of both Palestinians and Israelis.”  (Guardian)

The day after the PLO council recommendation to cut ties with Israeli security, United Nations Secretary-General Ban Ki-moon urged “both parties to exercise utmost restraint and reverse their unhelpful cycle of actions and counter-actions,” according to Ki-moon’s spokesman Stephane Dujarric.  (Times of Israel)

Meanwhile, Israel has doubled the number of its Palestinian employees in the past four years both within internationally recognized Israel and within the disputed territories.  PA employees that work for Israelis number 92,000 and earn an average NIS 198 ($50) per day, while their peers working for Arab employers in Gaza, Judea and Samaria work for 45 percent of that amount.  (JPost)

“The size of the Palestinian employment in the Israeli economy is expected to continue to grow in the foreseeable future,” said the Bank of Israel in a statement on March 3. 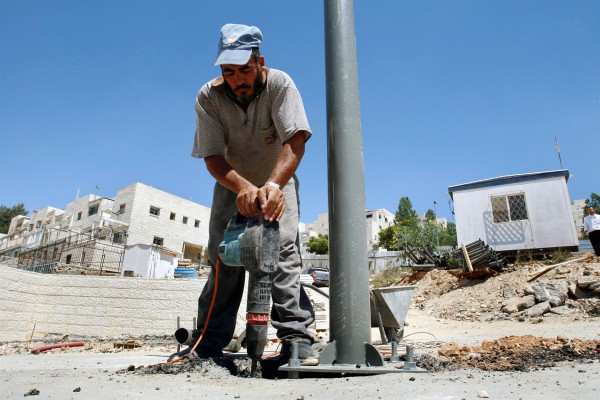 Arabs are a vital part of Israel’s workforce.

In addition, most of 2015 falls within the Biblical practice of Shmita (Sabbath year) that requires the land to rest every seventh year.  Israel agricultural production and produce during this time is supposed to stop.  Instead of importing produce from Europe, Israel is set to import produce heavily from Gaza, says COGAT, the body responsible for coordinating Israeli state activity in the disputed territories.

Imports from Gaza began several months ago.  The COGAT office has stated that this Sabbatical year for the Land of Israel allows a “step of great importance for strengthening the economy of the agricultural sector of the Gaza Strip.”