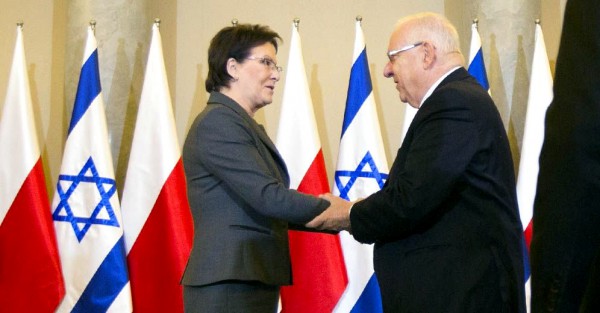 This week, Israeli President Reuven Rivlin made his first trip abroad as President when he flew to Poland for the opening of the Museum of the Polish Jews in Warsaw, amid meetings with Polish heads of state to whom he stressed the need for a strong Polish-Israeli relationship.

“Our two countries have, already for 25 years, enjoyed a relationship that has not been simply between governments, but has become a close relationship between two peoples, looking to the future, without requiring either you or us to forget the past—the wonderful past in which Poland was home to so much of the Jewish people, and also the horrific years of the Holocaust, of catastrophe, and of heroism,” Rivlin said to Komorowski last Monday.  (GPO) 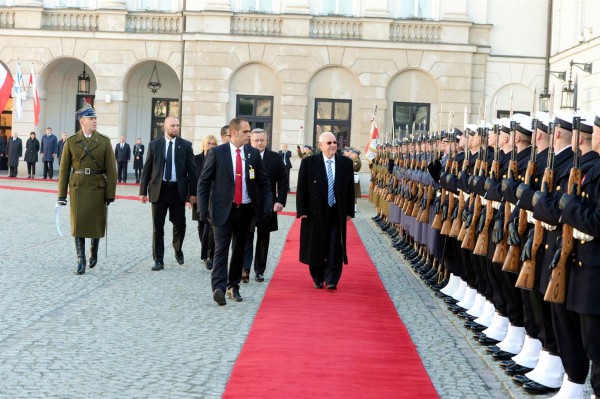 The President of Israel, Reuven Rivlin, inspects an honor guard at the Presidential Palace in Warsaw during a welcoming ceremony.  (Photo: GPO / Mark Neyman)

The museum is built on the site of the former Warsaw Ghetto.  It is the first museum to showcase the 1,000-year history of Polish Jews, who made an indelible impression on the identity of Europe.  (Israel HaYom)

Today, according to the country’s chief rabbi, U.S.-born Michael Schudrich, only 25,000 Jews remain.

Rivlin’s first visit abroad reflects a return to his own family history, as the president’s ancestors immigrated to the Land of Israel in the early 1800s after a call from the Vilna Gaon (influential rabbi of Vilna) to non-Hasidic Jews to make aliyah (immigrate to Israel).  (YNet)

The Warsaw museum is “not a Holocaust museum, but a museum of life,” Rivlin said Tuesday at the ceremony, placing at the museum entrance a wreath of remembrance for the Warsaw Ghetto Uprising heroes. 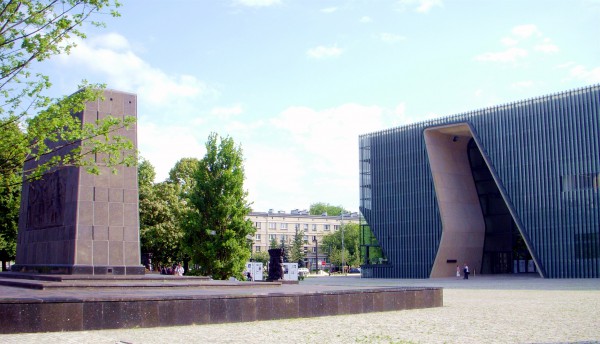 Although the Museum of the History of Polish Jews in Warsaw first opened on April 19, 2013, it opened to the public this October.

Despite the life-affirming focus of the museum, Rivlin acknowledged in his public address that “as a Jew, even if you were not born in Poland, the very name, Poland, gives rise to a shuddering in your body and a longing in your heart.”  (JP)

Poland is “to our great sorrow … the largest graveyard of the Jewish people,” he said.  (JPost)

“Jewish history did not begin in Warsaw, and doesn’t end at Auschwitz. … the Jewish journey does not start there, just as it does not end there,” Rivlin said.  “The Jewish journey begins in the Land of Israel and it is there that we always strive to return to, against all odds and restrictions.” 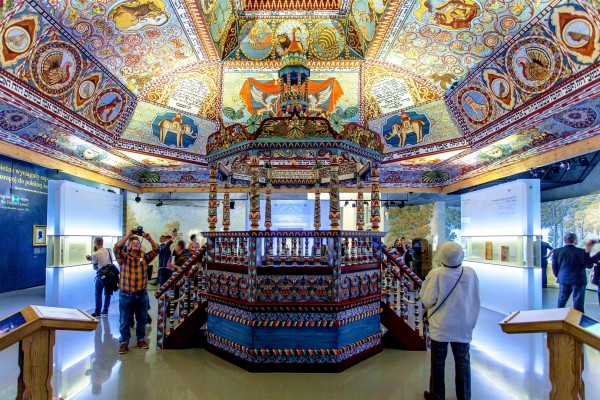 A reconstruction of the synagogue in Gwozdziec at the Museum of the History of Polish Jews in Warsaw.

Before Tuesday’s opening ceremony of the Museum of the History of Polish Jews, the Israeli president and First Lady Nechama Rivlin met privately with their Polish counterparts, with the Rivlins giving President Bronislaw Komorowski a Menorah from the Israel Museum.

The seven-branched Temple candelabra is engraved with a Scripture verse:

“Do not be afraid, for I am with you; I will bring your children from the east and gather you from the west.  I will say to the north, ‘Give them up!’ and to the south, ‘Do not hold them back.’  Bring My sons from afar and My daughters from the ends of the earth—everyone who is called by My name, whom I created for My glory, whom I formed and made.”  (Isaiah 43:5–6)