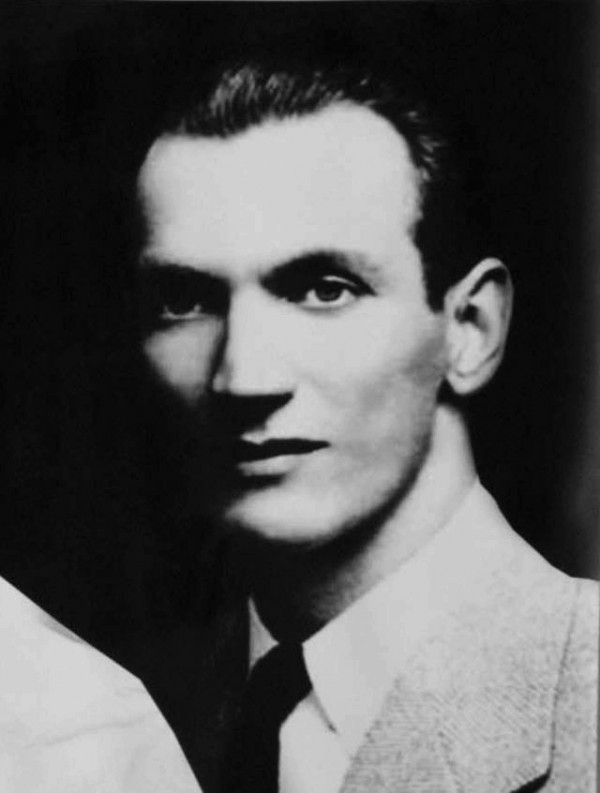 “Who knows but that you have come to your royal position for such a time as this?”  (Esther 4:14)

The Menachem Begin Heritage Center in Jerusalem presented the first screening outside of Poland of Karski and the Lords of Humanity, a film about the Polish Holocaust hero Jan Karski.

Karski, a World War II Polish resistance fighter, risked his life by penetrating the Warsaw Ghetto and posing as a guard at a transit camp.  There, he witnessed the hopeless destruction of Polish Jewry and the German treatment of the Jews.

As a courier for the Polish underground during World War II, he was assigned to personally deliver his first-hand Holocaust accounts to the leaders of Britain and US, including US President Franklin D. Roosevelt, which he successfully did.  (YNet)

While on his mission to the US in 1944, a year before the liberation of the camps, he wrote and published the book Story of a Secret State to try and get the message out to the public.

Through these attempts, he certainly planted seeds of action, though he heard of no direct results.

Because of the apparent inaction of the free-world leaders, Karski believed he failed in his mission to save any Jews, speaking little about his war activities after the war ended.  For two decades, he taught at Georgetown University in Washington DC, where he was honored last year.

Karski began getting interview requests in 1978.  In 1981, he spoke about his identification with the Jewish People at a meeting of American military who had liberated the camps.

“And thus I myself became a Jew.  And just as my wife’s entire family was wiped out in the ghettos of Poland, in its concentration camps and crematoria—so have all the Jews who were slaughtered become my family.

“But I am a Christian Jew. …  My faith tells me the second original sin has been committed by humanity.  This sin will haunt humanity to the end of time.  And I want it to be so,” Karski said.  (YadVashem)

In 1982, eighteen years before his death, Karski was honored with the title, “Righteous Among the Nations” by Israel’s Yad Vashem (Holocaust Memorial).

In 1994, Karski was made an honorary citizen of Israel, which at the time he called “the proudest and most meaningful day in my life.”

“Through the honorary citizenship of the State of Israel, I have reached the spiritual source of my Christian faith.  In a way, I also became a part of the Jewish community…  And now I, Jan Karski, by birth Jan Kozielewski—a Pole, an American, a Catholic—have also become an Israeli,” said Karski upon receiving the honor.   (jpupdates)

The release of the film marked the 25th anniversary of the resumption of diplomatic relations between Israel and Poland.

The showing was sponsored by the Israel Council on Foreign Relations, which operates as the World Jewish Congress (WJC).  There were more than 300 guests present, including Poland’s Foreign Minister and the WJC leadership, whose steering committee was meeting in the Jewish capital.

Polish Foreign Minister Grzegorz Schetyna described the documentary as a “must-see film for government officials in every country because passivity can lead to horror.”  (jpupdates)

The documentary combines Karski’s testimony taken from the film Shoah, archival wartime footage, interviews with historical experts, and illustrations to bring the story of Karski’s warnings of the Holocaust to life.

The lasting importance of the film is perhaps best expressed by the late historian Sir Martin Gilbert, “If you find yourself in a circumstance, whatever it is, and you can do something to make a difference, let Karski’s story be one of those that inspires you to try.”

Indeed, WJC President Ronald S. Lauder told those present at the screening that Karski inspires him to speak out on behalf of persecuted Christians.

“Just as Jan Karski sought to draw attention to the horrifying plight of the Jews in German-occupied Poland, so do I now feel compelled to highlight the precarious situation of our Christian brothers and sisters.  Karski is my hero because he spoke up when most people remained silent.  We Jews know what happens when the world is silent,” he said.  (Ynet)