“You are my hiding place; you will protect me from trouble and surround me with songs of deliverance.”  (Psalm 32:7)

As anti-Semitism is experiencing an upsurge in Europe, and memories of the horror of the Holocaust fade from people’s mind, Polish officials have registered as a national monument a hideout used by Jewish people during the Holocaust.

While thousands of Jewish people survived the war in such hideouts, many of them have not been preserved.

This particular subterranean Holocaust hideout, which has been closed off for 72 years, is located 90 miles south of Warsaw in the Polish village Rekówka. 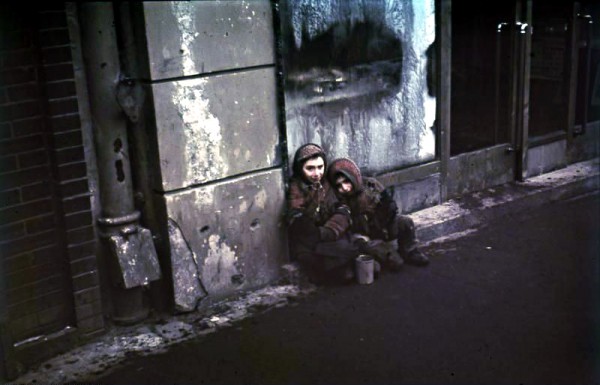 Jewish children huddle in the streets of the Warsaw Ghetto during the Holocaust.  While some escaped death because people hid them, a great many more perished.

In 1942, two Polish families, the Skoczylas and Kosioróws, hid six Jewish people from the Nazis and certain deportment to extermination camps in the hideout.

When German troops showed up in December of 1942 in pursuit of the Jews, they had already fled, thanks to a warning from an informant.

Tragically, when the Germans discovered the trapdoor that led to the hideout between the two houses, they killed ten members of the families.  The four who survived sealed the trapdoor, and it remained sealed for the next 72 years.

“It is very important that future generations be able to personally touch a site such as this one, on which one learn[s] in memoirs and historical studies.  Therefore the basement in the house in Rekowka has been protected and will be conserved, due to its historic and scientific value, as one of few hiding places existing today,” explained Rafal Nadolny, a local representative of the Polish National Monuments Conservatory.  (JSpace)

Jonny Daniels, founder of From the Depths (a nonprofit organization working with Holocaust memorials), was approached by descendants of the Polish family, and is now attempting to find Holocaust survivors who may have occupied the hiding place or their descendants.

Daniels said that the Poles who were killed at Rekówka “paid the ultimate price for their bravery,” adding that preserving the hiding place is “the least we could do.” 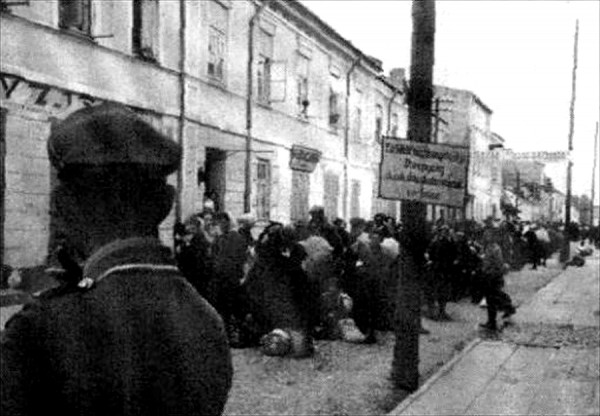 Jewish people are rounded up during the Holocaust for transport to death camps.  Far too few non-Jews tried to save the Jewish People through hideouts and other means.

Such hideouts don’t always stay preserved.  In a Warsaw apartment, another hideout that had been found and preserved was sadly destroyed by the occupants sometime between 2002 and 2012.

Miraculously, some Holocaust hideouts are still being discovered today; for instance, in the Dutch town of Bilthoven, a man renovating his home found a message from a couple who had apparently been hiding in the house.

A panel of an attic door was scribed with the names of Levie Sajet and Ester Zilberstein and their personal information.  Included was a plea that the person who found the hideout notify their family.

In an attempt to do so, the owner of the flat, Jelle Kapitein, had a television crew come in and photograph the door.

Yad Vashem, The Holocaust Martyrs’ and Heroes’ Remembrance Authority, records indicate that the Germans murdered the couple in Auschwitz.  (YNet)

In yet another find in an attic in Slovakia, Imrich Girasek, uncovered a cache belonging to a Jewish family while repairing his neighbor’s leaky roof.  The handyman found among the personal possessions family photos, newspaper clippings, and even a Jewish songbook.  Included were jewelry boxes, but they had been previously looted.

The items likely belonged to the Gottschall family.  It is thought that the family had hidden their possessions prior to their deportation hoping that they would be able to reclaim them.

Research reveals that although most of the family was killed there might have been a son, Benjamin Bela Vojtech who survived Aushwitz.  He is believed to have resettled as a rabbi in Australia and died there of cancer in 1978.  He still has a son however, although his whereabouts are unknown.

Until a family member reclaims the the items, they will remain in the city’s Museum of Jewish culture.  (YNet)

While many people around the world continue to deny that the Holocaust ever happened, such evidence reminds us to “Never forget,” so that we can prevent Holocausts today and in the future from happening.